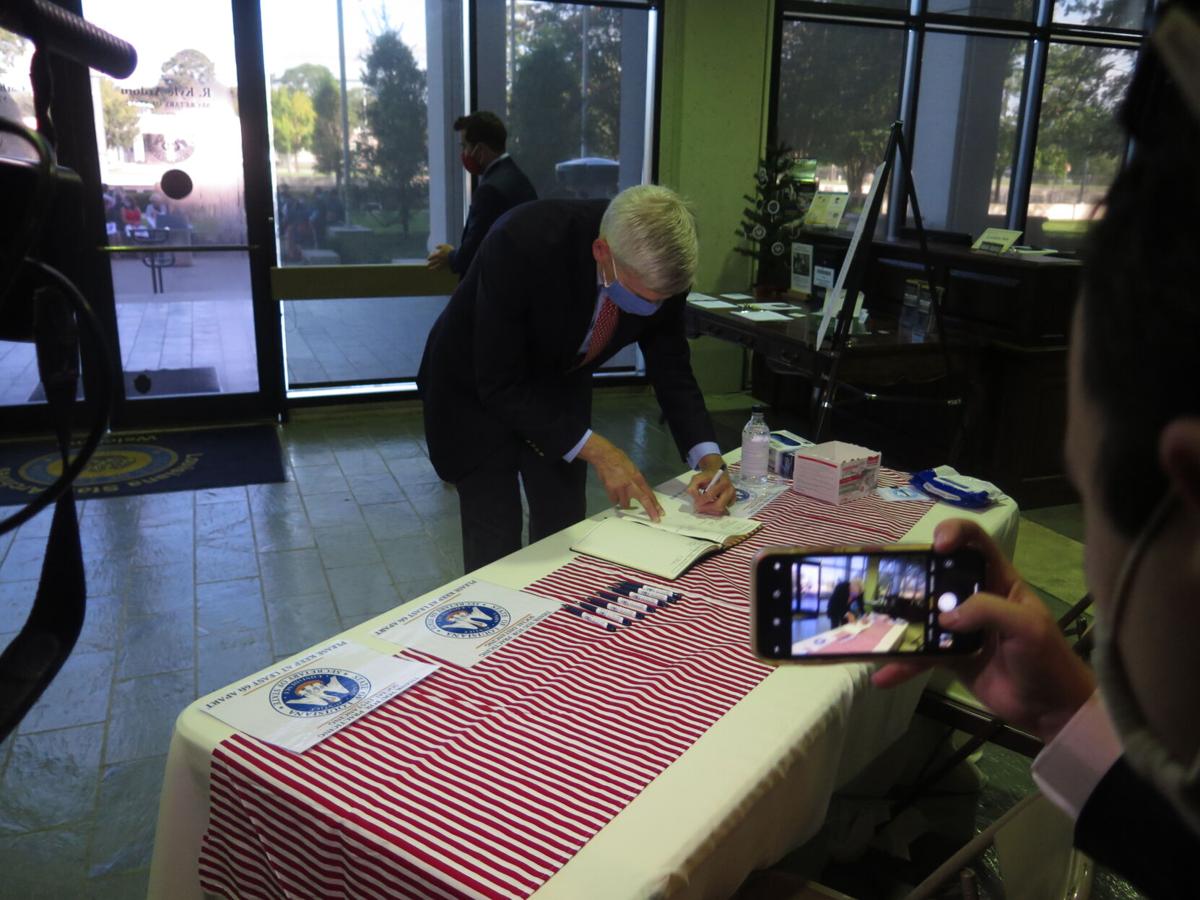 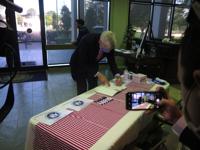 U.S. Sen. Bill Cassidy, R-Baton Rouge, arrived to qualify on Friday, July 24, 2020 to run for reelection in the November election. 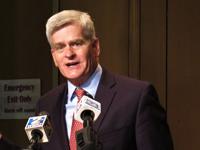 U.S. Sen. Bill Cassidy, R-Baton Rouge, arrived to qualify on Friday, July 24, 2020 to run for reelection in the November election.

A group of supporters standing about 100 feet from the State Archives doorway cheered him as he entered the building where candidates fill out the paperwork and pay fees necessary to run in the election.

Cassidy, who was elected in 2014 by defeating incumbent Mary Landrieu, is seeking a second term. The Baton Rouge Republican faces 14 opponents, including a homeless Luling woman, Melinda Mary Price, who had no party affiliation.

In addition to Cassidy, five of Louisiana's incumbent congressmen registered to run for reelection this fall: Republican Reps. Steve Scalise, of Jefferson; Clay Higgins, of Lafayette; Mike Johnson, of Bossier City; and Garret Graves, of Baton Rouge; as well as Democratic Rep. Cedric Richmond, of New Orleans. All will face multiple challengers on the November ballot.

The only open congressional seat without an incumbent seeking reelection is in the 5th District, where Republican Rep. Ralph Abraham, of Alto, is retiring at the end of the year after three terms. Eight candidates are vying for the position.

Pearson, an investment adviser who chaired the House Retirement Committee for a decade, noted that both pension and utility regulation require an understanding of how complex technicalities interact with high finances and requires balancing a myriad different interests. “It’s about making rate decisions logically and in the best interest of ratepayers without harming the utility companies,” Pearson said.

Mason, who also is a lawyer, says the PSC commissioners, particularly Skrmetta, accept a lot of contributions from the utility companies they are supposed to regulate — a situation he wants to do something about. “The only way you can effect change is if you put yourself in the race,” he said.

PSC Commissioner Foster Campbell, the Bossier Parish Democrat who has been in public office since 1976 and on the PSC since 2003, is seeking a fourth term. He faces two Republican opponents.

By the end of the three days of qualifying, 471 candidates signed up for 301 offices in the November elections, including 208 Democrats, 198 Republicans, four Libertarians and one from the Green Party. The rest qualified as other, independent or with no party affiliation. A total of 312 of the candidates are White, 144 are Black, and the rest were of other races. The numbers may change if any of candidacies are successfully challenged.

Only a dozen candidates signed up Thursday at the Secretary of State's Office to run in the November elections, but six of them are running ag…

At the top of the ballot is the presidential race, presumably between incumbent President Donald Trump, a Republican, and former Vice President Joe Biden, a Democrat. Next on the ballot is Cassidy's reelection to the U.S. Senate.

Cassidy wouldn't directly say in a news conference after qualifying if he supported the governor’s directive that everyone in the state wears a mask, but he backed the wearing of masks with the caveat that the federal government shouldn’t require everyone in the nation to wear a mask because that decision should be made locally, based on the local situation.

“I don’t think police should be arresting people who walk in some place who are not wearing a mask,” Cassidy said. “But I absolutely do think that if we want to play football in Tiger Stadium, if we want to see Drew Brees in his last year, if we want to see all of our state schools having athletics this fall, we need to cut down that virus and that is one effective way to do it."

Cassidy said he hadn’t asked President Donald Trump to visit Louisiana. “I may or may not. He’s already endorsed me. We’ll see, Cassidy said.

He also said he’s “not quite so sure of the payroll tax cut” that the White House is pushing as part of the next coronavirus aid program being debated in Washington, D.C. He said he was concerned about the solvency of the Medicare and Social Security trust funds that rely on those taxes.

“We made a promise to our seniors. We have to keep those promises,” Cassidy said.

He backed the need for targeted relief of the continued economic lockdown but cautioned that the support has to be gaged, he said.

Cassidy wouldn’t commit to the renewal of the $600 additional unemployment subsidy, at least the amount. Those details are being worked out in the U.S. Senate negotiations about whether to renew a set amount or some sort of formula.

Jamar Montgomery, a public defender in Shreveport, wore a bulletproof vest to qualify for the U.S. Senate on Friday. He said he wanted to bring awareness of the growing militarization of police, one of his key issues. He was asking the question of why law enforcement feels the need to wear body armor in public. An instructor of political science at Southern University Shreveport, Montgomery said he was shocked at the lack of political involvement among his students and wanted to set an example by running.

Dustin Murphy, a Republican welder from Jackson Parish, said he opposed mandatory vaccinations and the contact tracing system used to track the spread of the coronavirus and entered the race because Cassidy isn't conservative enough.

Perennial candidate M.V. "Vinny" Mendoza, of Ponchatoula, who has run as a Democrat several times for the U.S. House of Representatives, qualified Friday for the U.S. Senate without party affiliation. He said wasn’t planning on running this year, but changed his mind after so many members of his family have come down with COVID-19 and two friends died Thursday.

“The senator has been sitting on the back row with the president and not doing anything,” Mendoza said.