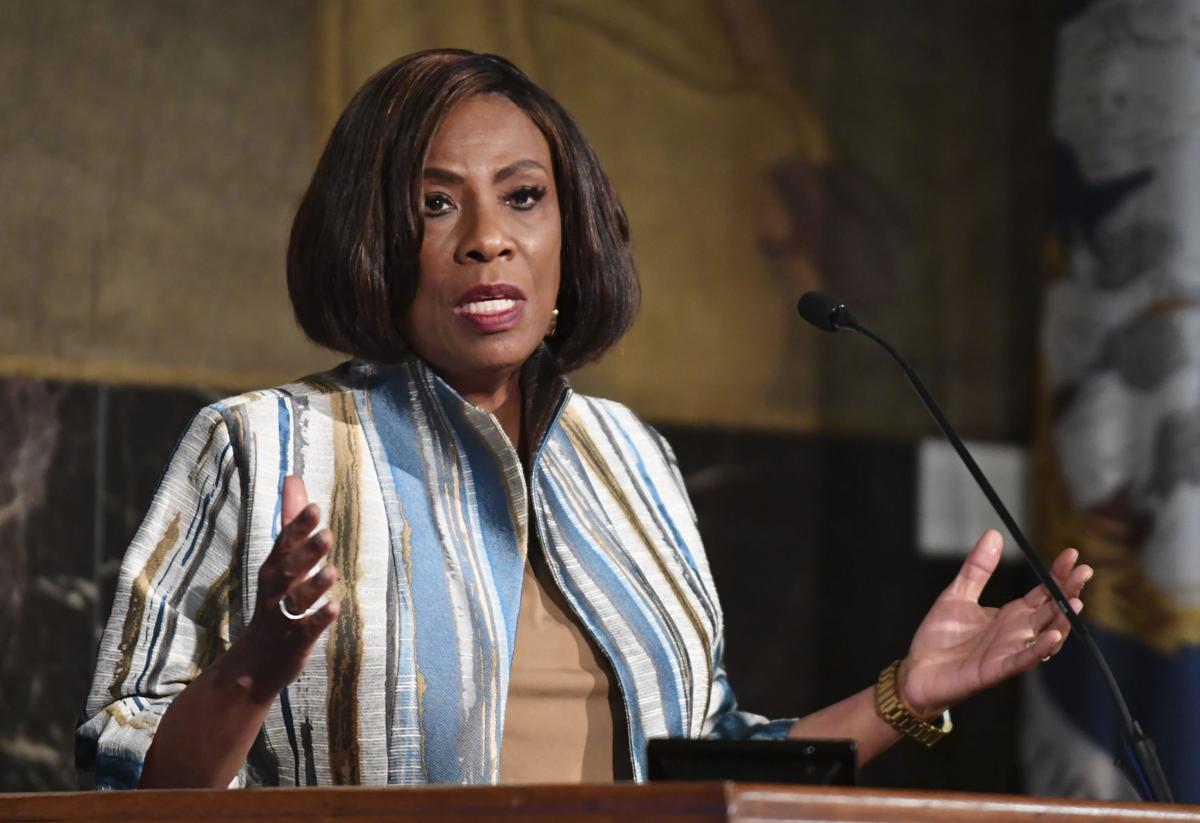 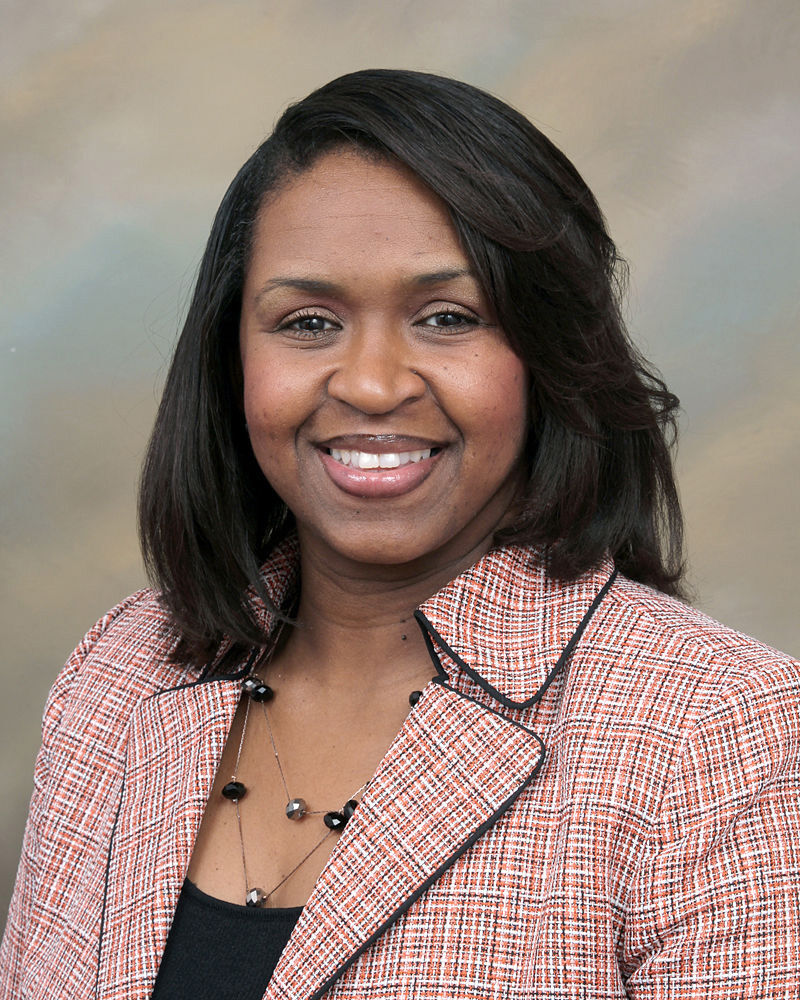 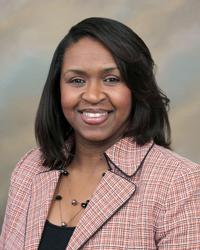 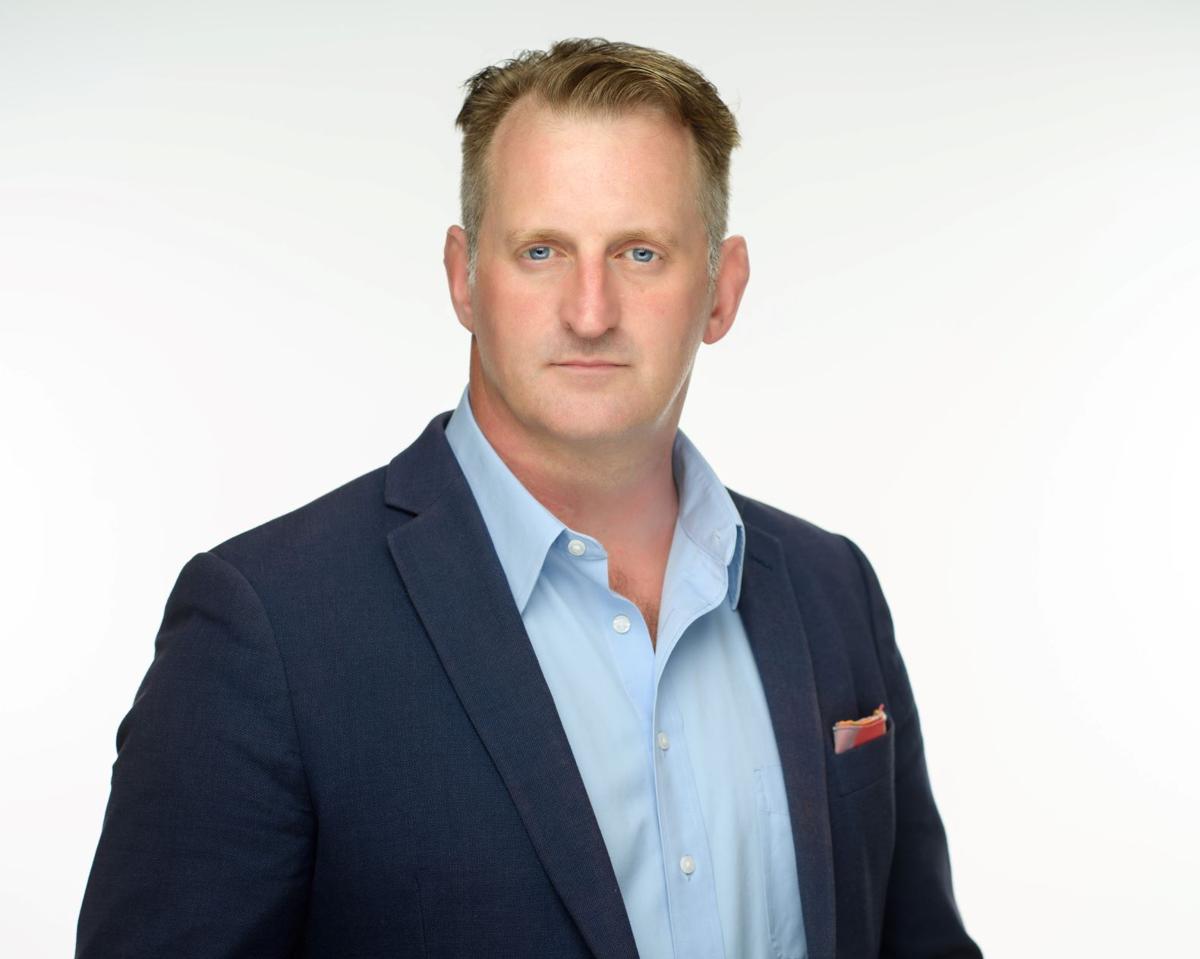 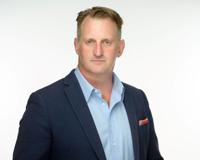 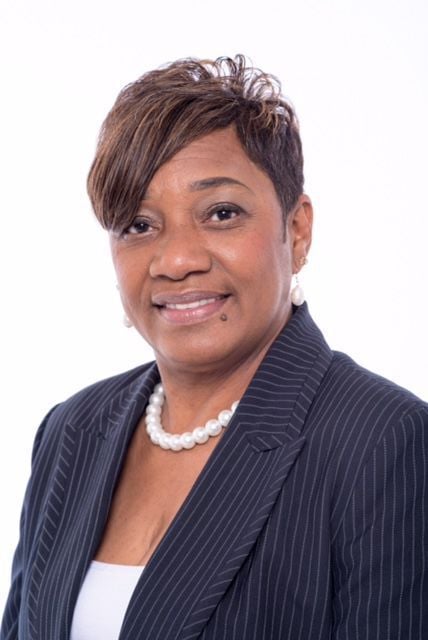 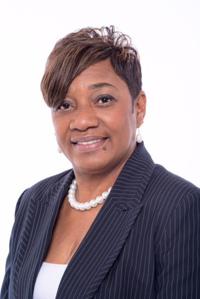 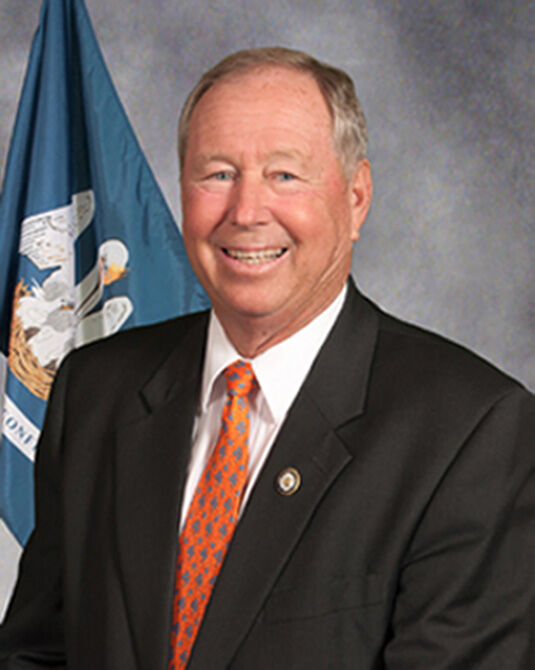 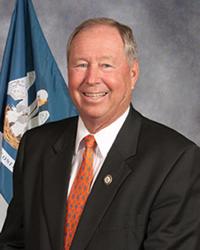 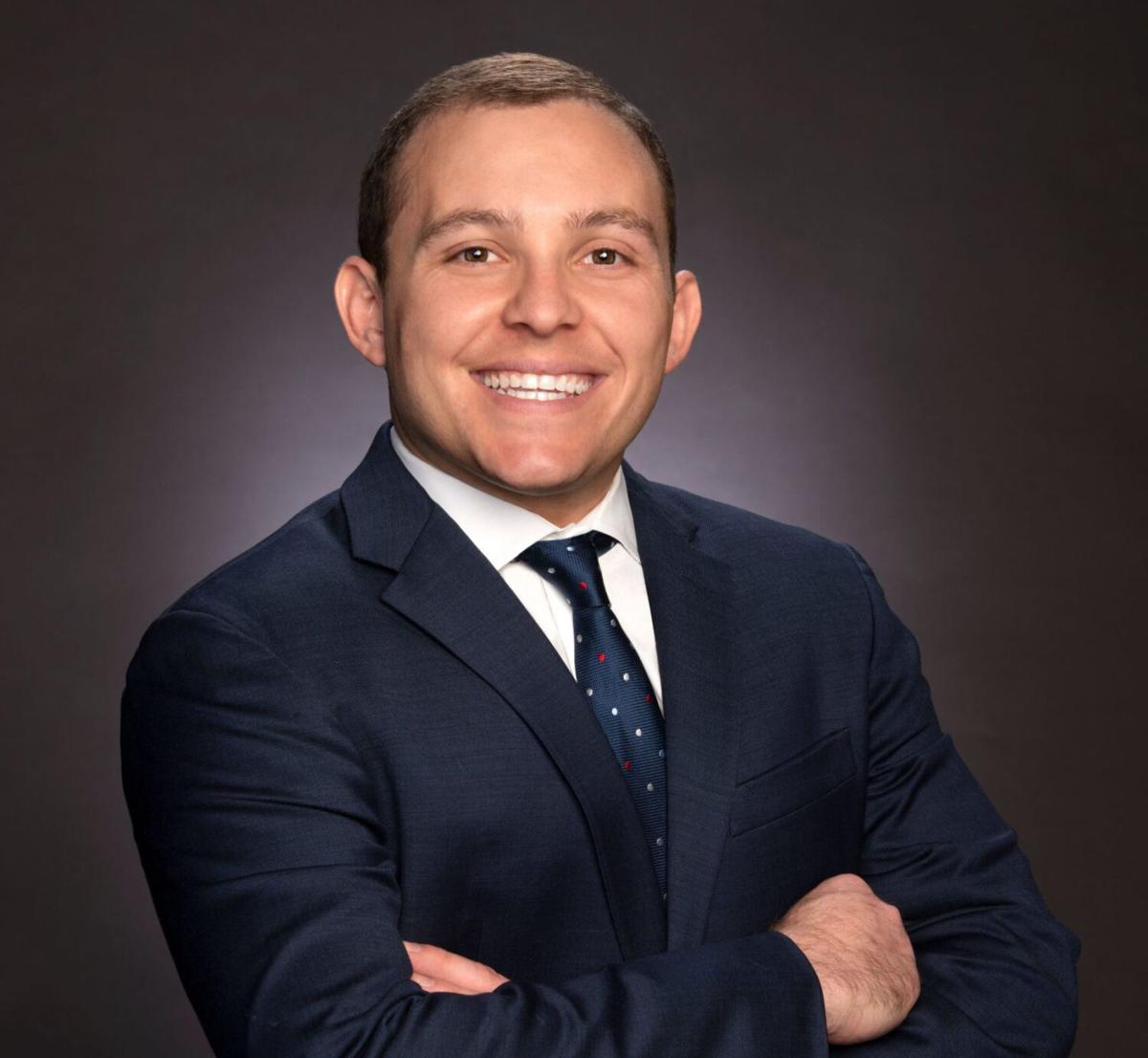 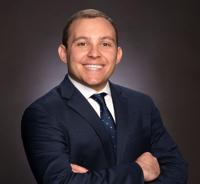 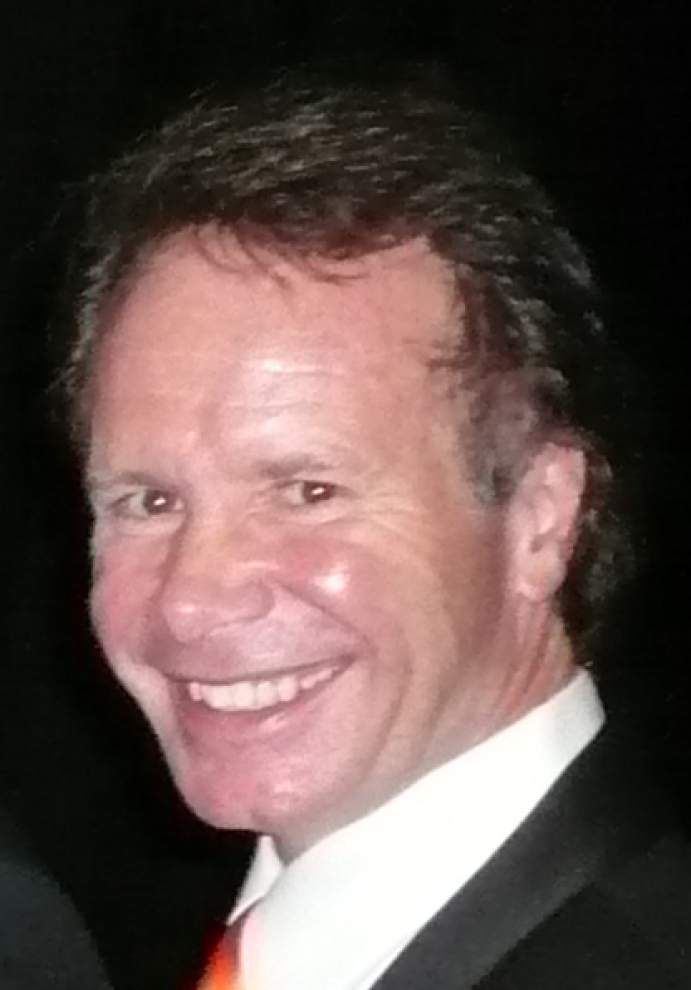 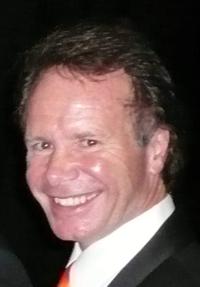 Mayor-President Sharon Weston Broome drew seven challengers this week in her bid for a second term — the most a mayoral incumbent in East Baton Rouge Parish has had to face in the last 30 years.

Broome says she is running on her record, and many of her competitors say they will, too. Among them, they say that, since taking office in early 2017, Broome has been divisive, has not been proactive, and that her administration has failed to maintain East Baton Rouge Parish's infrastructure system or properly deliver basic services.

"It doesn't move me or discourage me because I feel very good about what we have accomplished over the past 3½ years," Broome said Friday afternoon. "When I ran in 2016 I did not have a record as mayor. Now I have one."

Two members of the city-parish Metro Council are among her challengers, as is a current state representative and a former one. Three others have also joined the race.

Broome was the leading voice behind a 2018 voter-approved traffic improvement plan valued at nearly $1 billion, and she lists a $15 million Stormwater Master Plan and another $600 million worth of drainage improvements among her major accomplishments.

Divisiveness, she says, can be blamed on the effort to create a majority-white city of St. George in the southeastern corner of the parish.

In the last three decades, only one mayoral incumbent lost in their first bid for re-election: Bobby Simpson in 2004 lost to Kip Holden, Broome's predecessor. No other sitting mayor since 1988 has even been forced into a runoff, a streak that could be threatened with well-known names in this year's race.

Carter, Piazza, Smith and Watson are Republicans. Broome, Marcelle and Wicker are Democrats. Guirard is an independent.

It’ll likely be years before a resolution is reached in the legal battles over the effort to incorporate the city of St. George.

Metro Councilwoman Tara Wicker says she’s afraid she’ll wake up to a community she no longer recognizes if Broome is elected to another four-year term.

The Democrat believes that the city-parish has become racially divided under Broome’s leadership and that taxpayers haven’t been getting the adequate services they deserve.

“For the first time, in my lifetime, I’m having way too many conversations with lifelong residents saying they’re thinking about leaving Baton Rouge,” Wicker said. “People are truly concerned about the direction this city-parish is heading. We have to have leadership able to bring this community together and out of this place where people have lost hope in the city.”

Wicker, who’s nearing the end of her term-limited time on the Metro Council, said she was uniquely qualified. She cited the “One Blood” Unity March geared toward healing racial tensions in the wake of the Alton Sterling killing, her work with Metro Council’s Blight Committee and the Community-Police Ambassador Program, along with facilitating the demolition of nearly 200 dilapidated homes in the city-parish.

“If I don’t do this, I don’t think Baton Rouge will survive,” she said.

"I'm a workaholic and I love to solve problems"

Councilman Matt Watson said he's running for mayor-president because he "wants to do the job, not just have the job," and said his administration would focus on catching up on "years and years of deferred maintenance" of the city-parish's drainage infrastructure.

He's made blight reduction a centerpiece of his campaign, and said he'd launch a program to tear down condemned buildings and aggressively pick-up junk, trash and debris on public and private property.

"I can give you a stack of studies from all over the world that shows a positive correlation between blight, condemnable and vacant buildings, and violent crime," Watson said.

Watson said he'd like to see an "evolution" of the city's police service. He suggested creating a crisis-intervention team specially trained at deescalating psychiatric emergencies, so law enforcement — which typically responds to such crisis — can instead direct their energies to their patrols.

"What a dream it is to be in a situation where there's just, unfortunately, so many problems to solve here, and I'm the guy that's going to be doing it around the clock," he said.

"You can't lead in fear"

State Rep. C. Denise Marcelle believes the city-parish has regressed into a state of extreme distress during Broome’s first tenure.

The Democratic state representative ran in 2016 but did not make the runoff. She said she would be proactive rather than reactive.

"I believe we have two different approaches to leading,” Marcelle said of Broome. “You can’t lead in fear. Everyone doesn’t have the ability to not be afraid. Yes, you have to get evidence, use common sense and data when making decisions, but you don’t have to wait until the bridge falls down to know you need to strengthen it.”

Marcelle referenced the recent loosely organized street parties that popped up along Plank Road amid the coronavirus pandemic. It took weeks and a fatal shooting at one of the impromptu gatherings for the city-parish to finally intervene, Marcelle asserts.

“I was receiving calls asking what was the city going to do about it," Marcelle said. "You have to go out and meet people where they are and I don’t see her doing that.”

State Rep. C. Denise Marcelle was the only new candidate added Thursday to the race for mayor-president in East Baton Rouge Parish.

"The trajectory we're headed in is not good"

At age 32, Jordan Piazza is the youngest challenger. He's running, in part, because he's tired of seeing his peers leave Baton Rouge to work and raise families elsewhere.

"The trajectory we're headed in is not good," Piazza said. He said that, of the roughly 100 students who graduated with him from University High School years ago, only about 20 percent stuck around.

Piazza, a Republican, is the owner of Uncle Earl's Bar. If elected, he said, his first priority would be developing a plan to get the parish's economy back on track after the economic fallout from the coronavirus pandemic.

"I just think I can do better"

Former state representative Steve Carter was a last-minute entry for the mayoral race Friday. He previously was chairman of the House Education Committee and was involved in transportation issues.

The former three-term lawmaker is a lifelong Baton Rouge resident. He said he is concerned most about the city-parish’s traffic woes and litter issues and that he believes the city-parish could be doing more to attract businesses.

“Baton Rouge has unlimited potential,” Carter said Friday. “I got ideas that I think can really move us to another level. And it’s not that I think Sharon has done a bad job. I just think I can do better.”

Frank Smith III, 76, joined the race to "tell the public what politicians aren't saying." He said his main gripes are that this city is "too damn filthy" and that law enforcement and city-parish employees are demoralized.

"You have city employees that feel like they're not wanted, or that they're not needed. You're going to see me out their high-fiving and giving fist bumps," Smith said. "We've got to organize like a team and get proper coaching out there."

Smith, a Republican, has lived in East Baton Rouge Parish almost his entire life and currently manages a number of commercial properties and warehouses across the city. He described himself as "a regular ole' working stiff like everybody else."

"We need a Michelin Man"

When "E Eric" Guirard looked at the candidates running for mayor-president, he wasn't impressed.

"We have some retreads, we have some spares and we have some flats. We need a Michelin Man to move this city to the next level," Guirard said. "It appeared the mayor's race was turning into a circus, so I decided it needed a ringmaster."

A personal injury lawyer with over 30 years of experience, Guirard, 62, is lifelong resident of Baton Rouge and is running as an Independent. He said he will lay out a more expansive platform in the coming weeks, but will focus on education, traffic, crime, business development and quality of life.