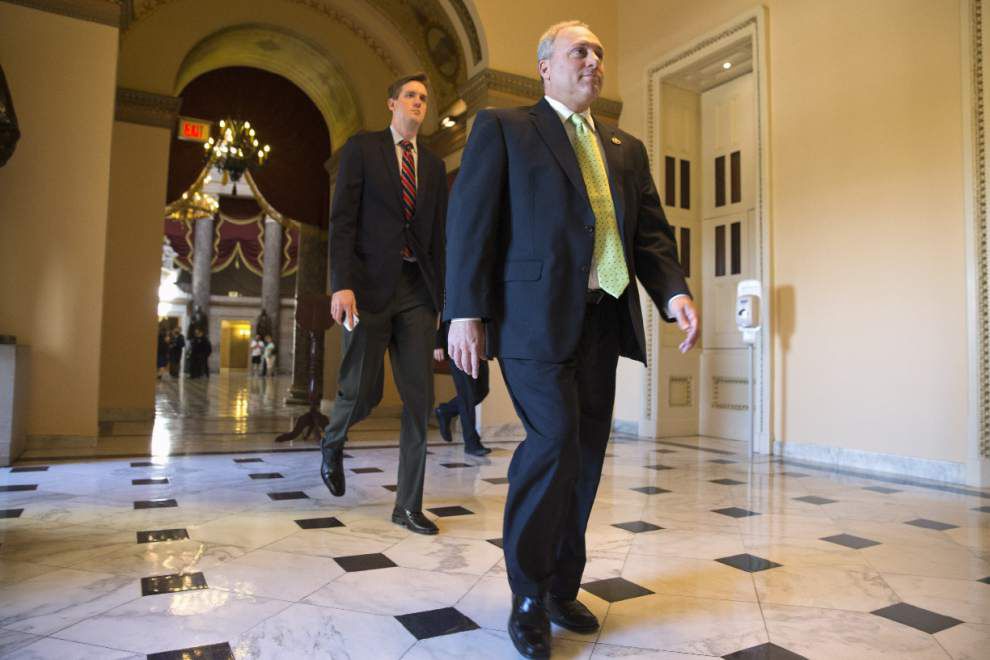 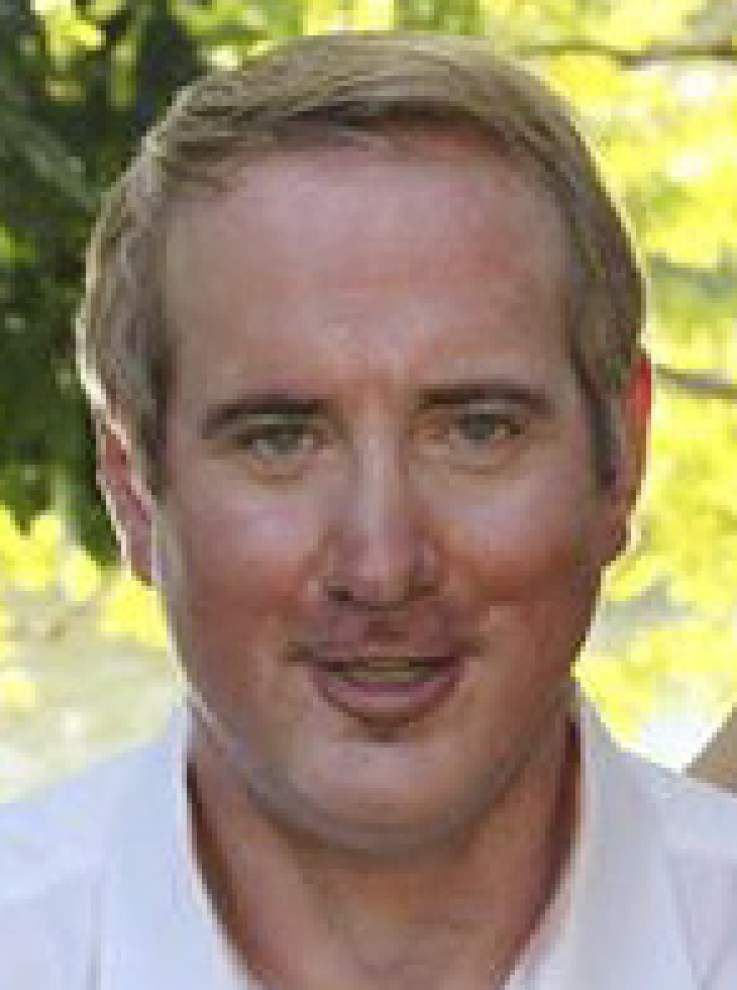 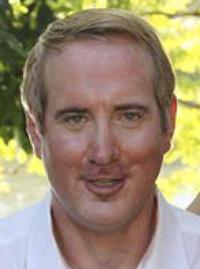 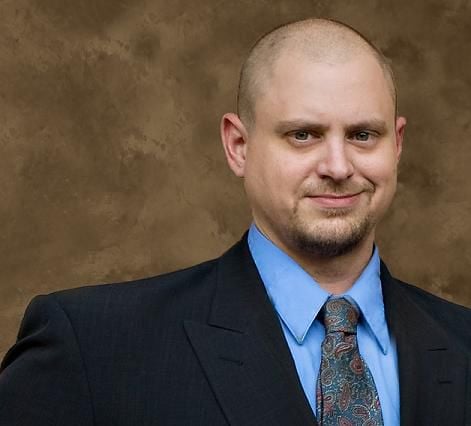 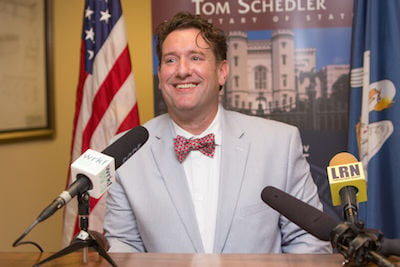 As the number three leader in U.S. House leadership, Steve Scalise is the most powerful member of a Louisiana delegation that has relatively little clout on Capitol Hill.

He’s reported raising $3.3 million as of the end of September and packed his schedule with stops for vulnerable House Republicans around the country – and given those candidates about $754,000.

The five-term Republican from Jefferson faces six little-known opponents, who have reported raising less than $5,400 between them.

Still, Scalise finds the time to wave signs, knock on doors and visit festivals in Louisiana. “He loves the retail side of this business,” says Jason Hebert, his Baton Rouge-based campaign strategist.

“I’ll run a spirited campaign, no matter who runs,” Scalise said when he qualified over the summer for the Nov. 8 election. Early voting began Tuesday and continues through next Tuesday, Nov. 1.

A Dec. 10 runoff is scheduled but most experts say Scalise should win outright in two weeks.

“I would be surprised if he got less than 75 percent of the vote,” Ed Chervenak, a political scientist at the University of New Orleans, said Tuesday.

In 2014, Scalise polled 78 percent of the vote and he’s never received less than two-thirds of the ballots cast in his four congressional runs since 2008.

Even the Louisiana Democratic Party concedes.

“With the demographics how they are, it’s almost impossible for us to compete and win” in the 1st Congressional District, said Stephen Handwerk, the state party’s executive director, on Monday.

The 1st Congressional District, which basically covers the New Orleans suburbs, including the north shore, is 80 percent white and has the fewest registered Democrats in Louisiana, according to voter registration records. It's considered one of the most Republican seats in the nation.

Three Democrats are looking to unseat Scalise, along with candidates from the Green Party, the Libertarian Party and one running without party affiliation.

Danil Ezekiel Faust, a U.S. Army veteran from New Orleans, who has worked as an actuarial analyst, has been running a campaign based on tweets and Facebook postings. He wants Louisiana to pursue wind energy.

Joseph Swider is a New Orleans psychiatrist who describes himself as a conservative Democrat along the lines of Russell Long, John Breaux and J. Bennett Johnston.

“Steve Scalise is literally ‘the establishment’,” Swider said in an interview.

“It’s time for a new direction for our state, on that leaves the past and its ghosts behind.” he said on his website.

The Jefferson Parish Democratic Executive Committee endorsed Faust, for his commitment to bring jobs to Louisiana, and Swider for refusing to be dragged into culture wars.

The third Democrat, Lee Ann Dugas, of Kenner, is a disabled Desert Storm veteran on a fixed income. She ran in 2014 and received 9 percent of the vote.

She argued that the power establishment in the House, of which Scalise is a part, won’t allow a vote on equal pay for women.

“They don’t have to debate it, they just have to vote,” Dugas said at the Democratic Party’s Blue Dat Festival in Abita Springs. “We need to stand up and say enough is enough.”

The Green Party is fielding Eliot Barron, a New Orleans realtor. He ran for northeast Louisiana's 5th Congressional District seat in 2014 and attracted 1 percent of the vote.

Howard L. Kearney, an IBM programmer from Mandeville, is running under the Libertarian Party banner.

Chuemai Yang, a Kenner optometrist, is running without party affiliation.

He wants to repeal the Affordable Care Act as he reiterated Tuesday in a prepared statement in response to news of expected health insurance premium hikes: “For hardworking American families, it means skyrocketing costs, lost coverage, and fewer choices. This law is not working, and it is putting Americans' health at risk.”

It was Scalise, as a state representative, who sponsored and pushed through the constitutional amendment that to forbid state government from recognizing same-sex marriages or civil unions. In 2004, 78 percent of Louisiana’s voters approved the ban.

On Sept. 28, Scalise introduced legislation – the Free Speech Fairness Act – that would allow pastors and churches to engage in political activity.

Scalise often mentions his political positions while campaigning in the conservative 1st Congressional District. But he inevitably brings up is that as whip, the House majority’s enforcer, Scalise is able to bring Louisiana issues to the leadership.

What little seniority the state had waned further as the state’s senior senator, David Vitter, decided not to run for reelection and two of the more veteran representatives dropped out to compete for his seat.

For the U.S. House, Louisiana is electing two new congressmen and a new senator, reelecting two freshmen to their second terms. The state’s new senior senator, Bill Cassidy, is finishing his second year in office.

In the Nov. 8 general election, voters will choose a new president, a new senator from Louisiana and much more.