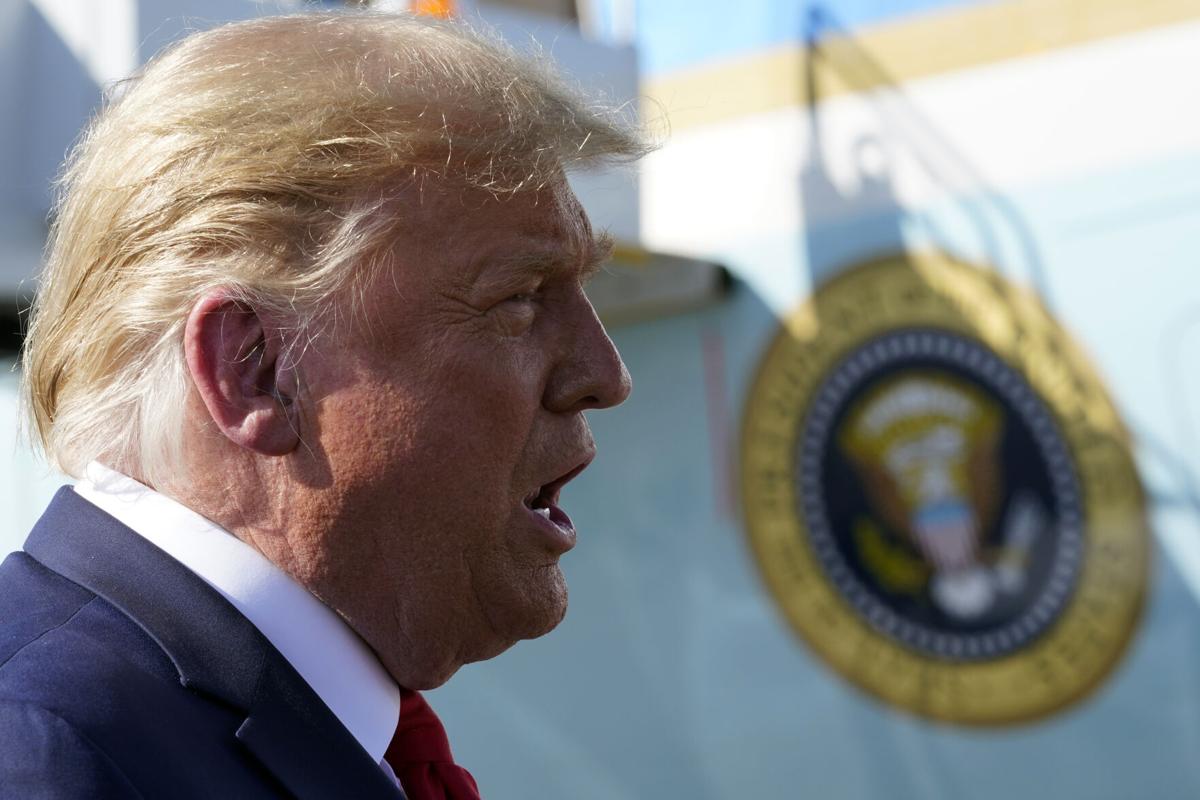 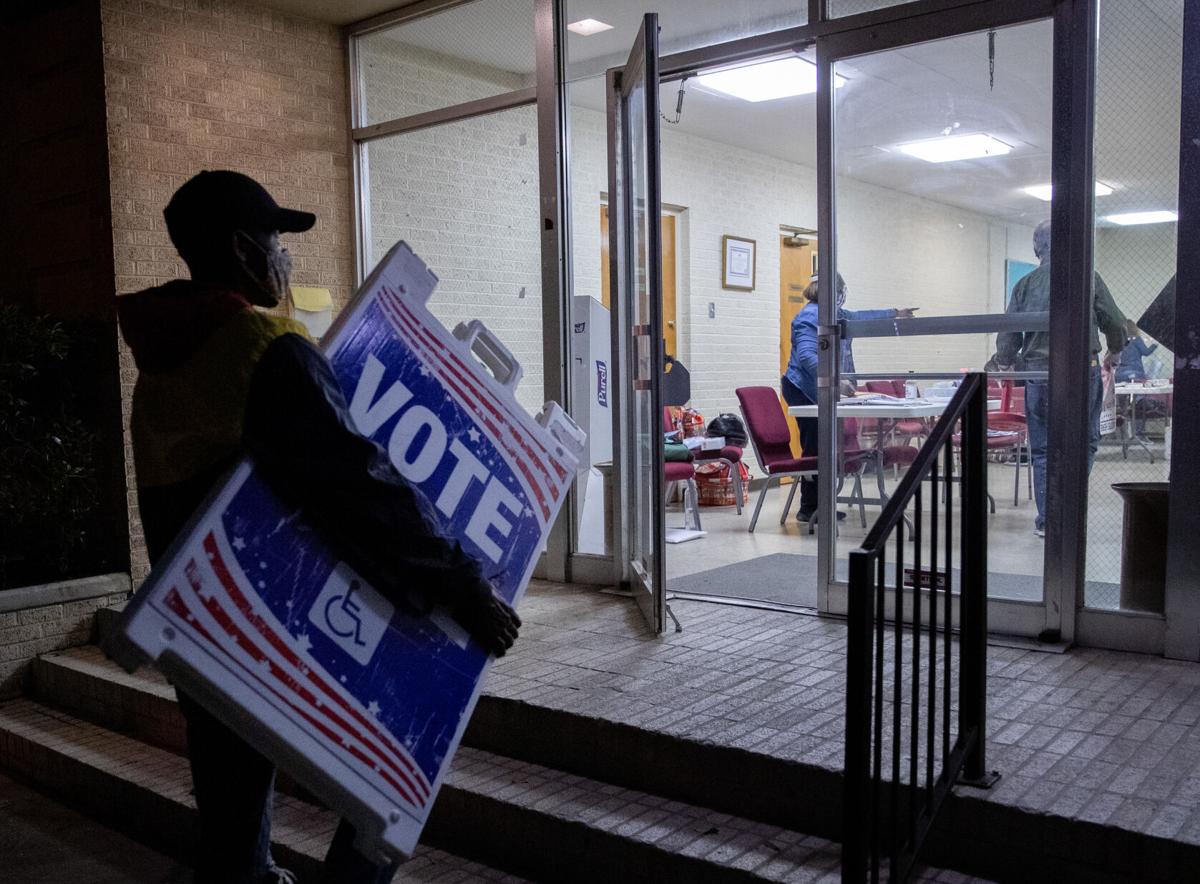 President Donald Trump easily won Louisiana’s eight electoral votes Tuesday in an election where voters turned out in big numbers across the state, during a public health and economic crisis, to elect the next president, U.S. Senator, six members of the U.S. House and candidates to hundreds of state offices.

Trump won 58% of the vote in Louisiana compared to 40% for former Vice President Joe Biden, the Democratic nominee, according to complete but unofficial returns.

Neither Trump nor Biden campaigned in the state since the final result was a foregone conclusion.

Republicans have not lost Louisiana in a presidential election since 1996 when President Bill Clinton won reelection.

In all, about 2.1 million people voted in Louisiana, up from 2 million in the 2016 presidential election, when Trump vanquished Hillary Clinton, the Democratic nominee, 58-38%.

An unprecedented 985,000 people had already voted early or via absentee ballot in Louisiana before Tuesday, according to John Couvillon, a pollster and demographer in Baton Rouge. That was about half of the overall vote.

Jami Kampen, who lives in Metairie, said she voted for Trump because of his anti-abortion stance and his emphasis on keeping jobs in the U.S.

“I appreciate what the country has done under him from a business experience,” she said.

Martin Johnson, a fan of the right-wing conspiracy theorist Alex Jones, also voted for Trump but for darker reasons.

"I would never vote for the Satanic Democrats,” Johnson said. “They're sick. Trump is real. He's trying to preserve what took us hundreds of years to achieve."

“Trump’s life is based on division and hate,” Young said.

Annie Vaden, a social worker, said she also voted for Biden, but as the lesser of two evils.

Jennifer Thibodeaux, after voting in Metairie, said she couldn't stomach Trump — "because of the lack of kindness in general" — or Biden — "I don't believe we should be penalizing those who are successful."

So Thibodeaux voted for Jo Jorgensen, the Libertarian Party candidate.

Election officials said they were happy with how the day unfolded, other than problems with a few machines around the state.

“There have been no real issues beyond the general early morning hiccups that happen every election, like the occasional janitor who forgets to set his alarm and shows up late to unlock a school” where voting takes place,” Tyler Brey, a spokesperson for Secretary of State Kyle Ardoin, said at one point.

Arthur Morrell, the Clerk of Criminal Court for Orleans Parish, was happy to report that officials had restored electricity at all polling stations in New Orleans, a concern after Hurricane Zeta blew through the city six days earlier and knocked out power to many Entergy customers.

Louis Perret, the Clerk of Court in Lafayette Parish, expressed satisfaction with the big turnout.

“The more people who participate, the better we off we are as an electoral democracy,” he said.

“We had a couple of machine breakdowns,” he said. “We’re on top of that.”

At the International School in New Orleans, voters waited in one short line to present their IDs to a poll commissioner who, sitting behind a plexiglass shield, verified the voter’s name and then asked for a signature.

Polling commissioners wiped down the pen after each usage.

Voters then waited in another short line to pull aside the maroon curtain to enter the voting machine, which a commissioner then wiped clean afterward.

“It was really smooth," Alex Plocki, one voter, said afterward. “I saw a lot of safety protocols in place, a lot of hand sanitizer and distancing marks.”

In Lafayette, Mayor-President Josh Guillory stood outside of City Hall Tuesday morning to greet voters at the polling place.

There was a line when the polls opened there at 6 a.m., but it was gone two hours later. Daphne Tyler, a first-time poll worker in Louisiana who spent 20 years working the polls in Florida, arrived at Lafayette City Hall at 5 a.m. and planned to stay until the final vote was cast Tuesday night.

“This is a great day for me because I think we have an obligation, not only for ourselves but to our country, to exercise this right and follow the people we put in office to make sure they’re doing their jobs,” Tyler said. “So many people say they don’t vote because it doesn’t matter. People have no idea how much their votes count.”

Jeremiah Gooding took his 6-year-old son, Logan, with him to Northside High School Tuesday morning to participate in the election process.

It’s been a father-son tradition since Logan was just an infant.

“It’s part of the process,” Gooding said. “Why wouldn’t you include your child? You instill the values you want to instill at a young age.”

Gooding said he votes in every election, not just the major ones.

On Tuesday, he said he cast his vote for President Donald Trump, although he said he did not favor either of the primary candidates.

“I don’t like how Biden has been in office forever," Gooding said. "Just the same old, same old. Overall, I think Trump has done a good job in terms of the economic condition pre-COVID, but his rhetoric leaves something to be desired. I voted based solely on how he turned the economy around.”

Felton Batiste, an election commissioner who has worked polls for 14 years, said Tuesday was different from any previous experience he’s had.

“It’s COVID plus everything else — the race thing and people not coming together the way they should," Batiste said.