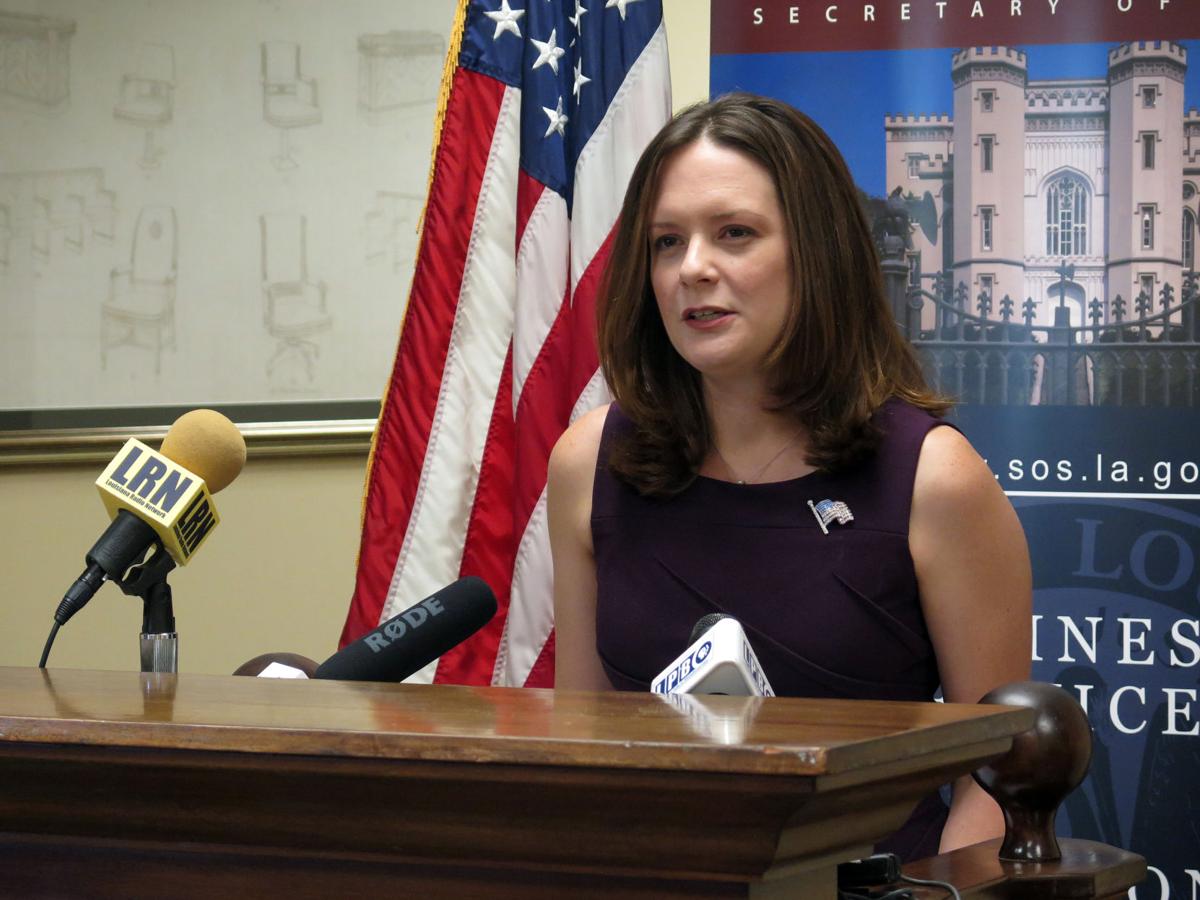 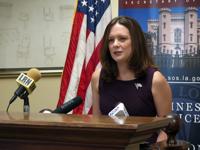 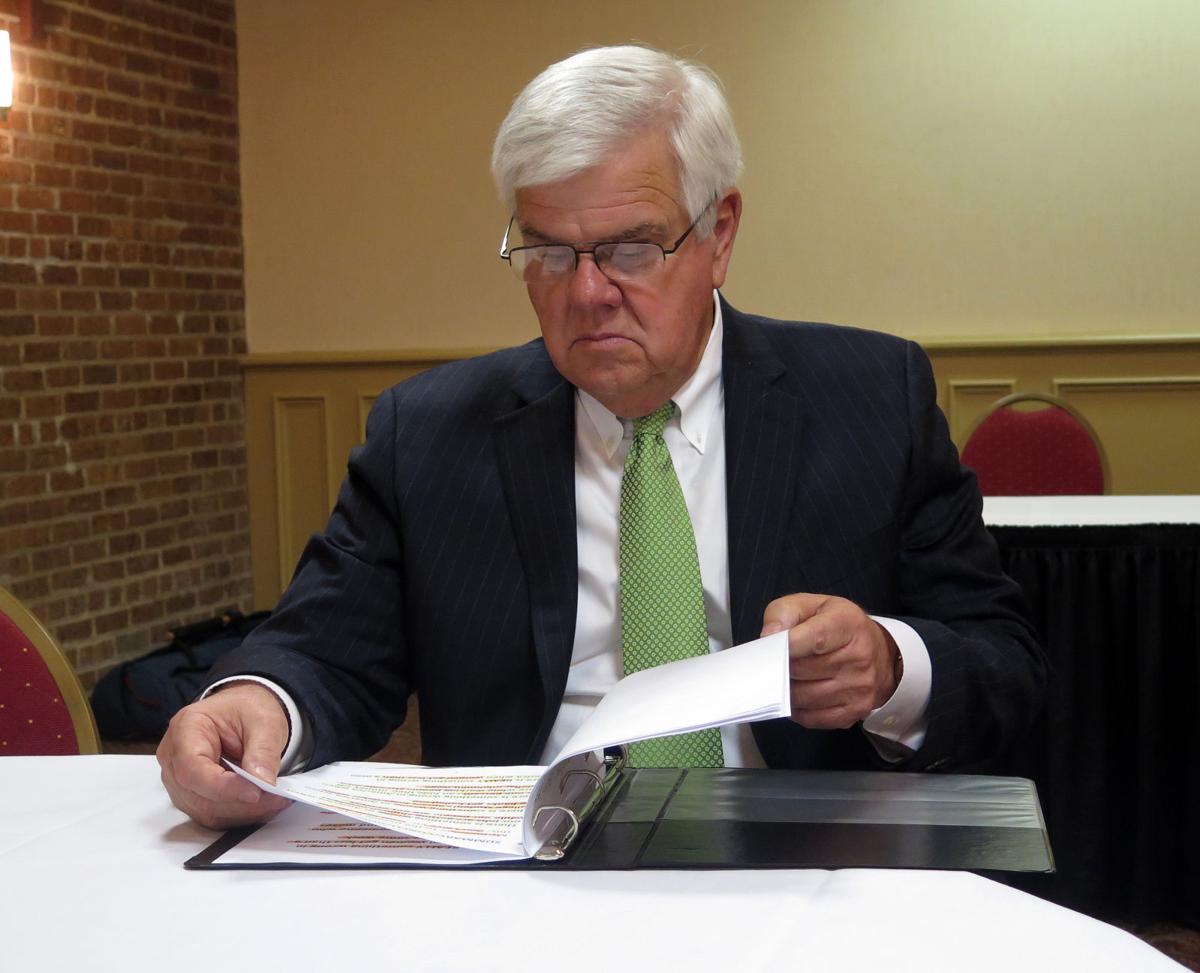 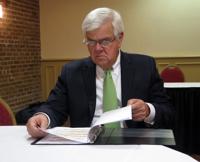 One of the most adversarial contests within the crowded race to be Louisiana's next U.S. senator is between two candidates on the same side of the political aisle.

Foster Campbell, a member of the Public Service Commission from Bossier Parish, and Caroline Fayard, an attorney and business owner from New Orleans, both Democrats, are battling in the Nov. 8 primary for a place in the expected runoff.

Based on the number of candidates in the 24-person race, conventional wisdom and some polling would suggest that one Democrat and one Republican will make it to the Dec. 10 runoff when U.S. Sen. David Vitter's successor will be selected.

Fayard says Campbell is a career politician. Campbell says Fayard is inexperienced and untested. Both accuse the other of being the disloyal Democrat.

Campbell, a north Louisiana state senator for a quarter-century before joining the PSC, started the race with greater name recognition and the backing of the state's top Democrat, Gov. John Bel Edwards, and members of the team that helped propel Edwards to victory last fall.

But Fayard has worked hard to narrow the gap, boosted by the support of high-profile New Orleans Democrats like Mayor Mitch Landrieu and consultant James Carville.

"In a sense, this is a proxy battle between Gov. Edwards and the Landrieus. Which Democrat is king in this state?" said John Couvillon, a political analyst and pollster.

He said Edwards' endorsement of Campbell represents the continuing trend of north Louisiana Democratic populism stemming back to Huey P. Long, while the Landrieus are pushing the more progressive values of the party.

Fayard and Campbell align on major Democratic issues like preserving the Affordable Care Act – with a few tweaks – and raising the minimum wage. They also depart from the party in the same places: They both describe themselves as anti-abortion, and they both generally oppose additional gun control measures.

But they say it's their experience and loyalties that set them apart.

"We are like daylight and dark," Campbell said. "Before you (Fayard) start telling people what you're going to do, why don't you tell people what you've done? I know the answer. Nothing. Absolutely nothing."

Campbell, 69, was a state senator from 1976 to 2002 and has served on the Public Service Commission regulating utilities, phone and trucking companies since 2003. He said his record for helping people is unassailable, as he has demonstrated by fighting against predatory payday loan companies and fighting for women and public school education.

He sponsored a bill that waives utility connection fees if a domestic violence victim relocates away from her abuser. He helped establish a $1 billion Educational Excellence Fund to help fund public schools from part of the proceeds from the huge, multi-year settlement of litigation against big tobacco companies.

Campbell ran unsuccessfully for governor in 2007 and lost bids for Congress three times between 1980 and 1990.

Fayard said Louisiana voters are ready to "start fresh with a clean slate."

"No, I don't have experience running for office over and over again," she said, adding that Campbell has been in office longer than she's been alive. "I would put my personal achievements up against his any day of the week."

Fayard ran for lieutenant governor in 2010 and lost.

Fayard, 38, co-owns GLO Airlines, a service started in 2015 with flights from New Orleans to Shreveport, Little Rock, Memphis, Destin and Huntsville. She said the company has already created 44 new jobs "where people have moved to Louisiana to take these jobs.

"That's the type of vision we can have for the future," she said.

Fayard, who also is an attorney, said she helped negotiate settlements with BP that paid out in excess of $8 billion to victims of the 2010 BP oil spill.

She also spent two years working at Goldman Sachs in her 20s – something Campbell's team has criticized her for. While she said she left because she doesn't agree with "Wall Street values," she also said she has a better understanding of the global marketplace than her opponent.

Recently, the two have gone after each other's party loyalty.

"Just two weeks before President Obama was elected, Caroline Fayard's family donated over $28,000 to a Republican organization for the sole purpose of defeating President Obama," the radio ad says. "That's $28,000 to elect a Republican instead of the first African-American president in our country's history. Caroline Fayard didn't stand with our president then, and she doesn't stand with us now."

Campbell's campaign also points out that Fayard's family has made donations to Republicans such as former Gov. Bobby Jindal, U.S. Sen. Lindsey Graham, from South Carolina and U.S. Sen. Orrin Hatch, from Utah.

Fayard said she's being attacked for her family's donations, but as a whole, she and her parents have given far more to Democrats than Republicans. Her family and their businesses have donated in excess of $100,000 to the Louisiana Democratic Party.

Her father, Calvin Fayard, is one of the nation's best known lawyers who represent plaintiffs' claims against large corporations. He was involved in both the tobacco litigation and the lawsuits against BP.

Caroline Fayard is recorded as having donations to Hatch and former Louisiana Congressman Richard Baker, a Baton Rouge Republican, but those contributions were more than 18 years ago. One of the donations to Baker was made while she was 15-years-old attending Episcopal School in Baton Rouge.

Fayard said she supports Obama and voted for him in both elections. She was quoted in 2011 by Gambit as saying she was "against the president," but she contends that it was only in the context of a drilling moratorium that hurt Louisiana industries following the BP oil spill.

Fayard's spokesman, Beau Tidwell, in turn questioned Campbell's loyalty to the party, noting that he has refused to answer questions about whether he supports Hillary Clinton in the presidential race and has previously sidestepped questions about his own support of Obama.

In July, Campbell dodged a question at the Baton Rouge Press Club about whether he voted for Obama, saying that the president has done good things but he's "not in anybody's shirt pocket." And last week, Campbell was the only major candidate in the Senate race who didn't affirm support of their party's nominee in the presidential race.

Most U.S. Senate candidates publicly back their party’s presidential nominee, except one

Six of the seven major candidates for Louisiana's open U.S. Senate seat are backing their pa…

Fayard, whose family has close ties to the Clinton family, easily announced her support for the Democratic nominee. In an interview, Fayard said she found it "curious" that Campbell doesn't think whom he backs for president is relevant to a person running for the U.S. Senate.

"Yes, I do think it matters (if he supports Clinton)," Fayard said. "Because if not, then the question is, 'Who is he for?' "

In an interview, Campbell said he did vote for Obama. He still would not disclose whom he is supporting in the presidential race this November, though he suggested he would continue his tradition of supporting Democrats.

"I have a record of supporting Democrats," he said. "That's why I'm going to win this race."

He then noted that Clinton has virtually no chance of winning in Louisiana this November.

Campbell also accused Fayard of not backing Edwards earlier in his run for Louisiana governor last year, when he was perceived as a long shot.

"She didn't do anything for John Bel Edwards until he got into the runoff," Campbell said. "He even told me she would not return his calls."

Fayard responded that she has a "longstanding relationship" with Edwards, but she didn't address whether she answered his calls. "It's a friendship I appreciate, so I'm going to keep that confidence," she said.

Fayard donated $10,000 to Edwards' campaign. The first $5,000 came about five weeks before the primary and the other $5,000 came after he made it to the runoff.  In total, Fayard and members of her family donated about $20,000 to Edwards in his bid for governor.

In Louisiana – a red state – Democrats running for statewide offices have to walk a fine line, as demonstrated by both Fayard and Campbell. They need to appeal to their base of Democratic voters, while still trying to attract enough Republicans willing to cross over and support them. Last year, Edwards, who was initially considered the underdog, walked into the governor's mansion bolstered by GOP support against David Vitter.

Bernie Pinsonat, another Baton Rouge pollster, said he also gives the advantage to Campbell. But with the pool of candidates so large, he's not ruling anything out – and that includes two Democrats in the runoff, or two Republicans in the runoff.

With so many high-profile candidates in the race, a candidate could get into the runoff with less than 20 percent, and the Democrats will be splitting about 35 to 40 percent of the total vote.

The major Democratic and Republican candidates for the U.S. Senate are mostly divided along …

Ad wars about to begin in U.S. Senate race; who has biggest targets on their backs

After months of desultory campaigning, the U.S. Senate race is about to enter a critical and frenetic phase with six weeks until the primary e…

Five candidates in the crowded race for Louisiana's open U.S. Senate seat have been invited to take part in a debate hosted by the Council for…

Like much of Louisiana, candidates for the U.S. Senate mobilized to help as thousands of their neighbors recovered from August’s historic flooding.

Democratic U.S. Senate candidate Caroline Fayard says if there is one thing that she feels confident about after months on the campaign trail,…