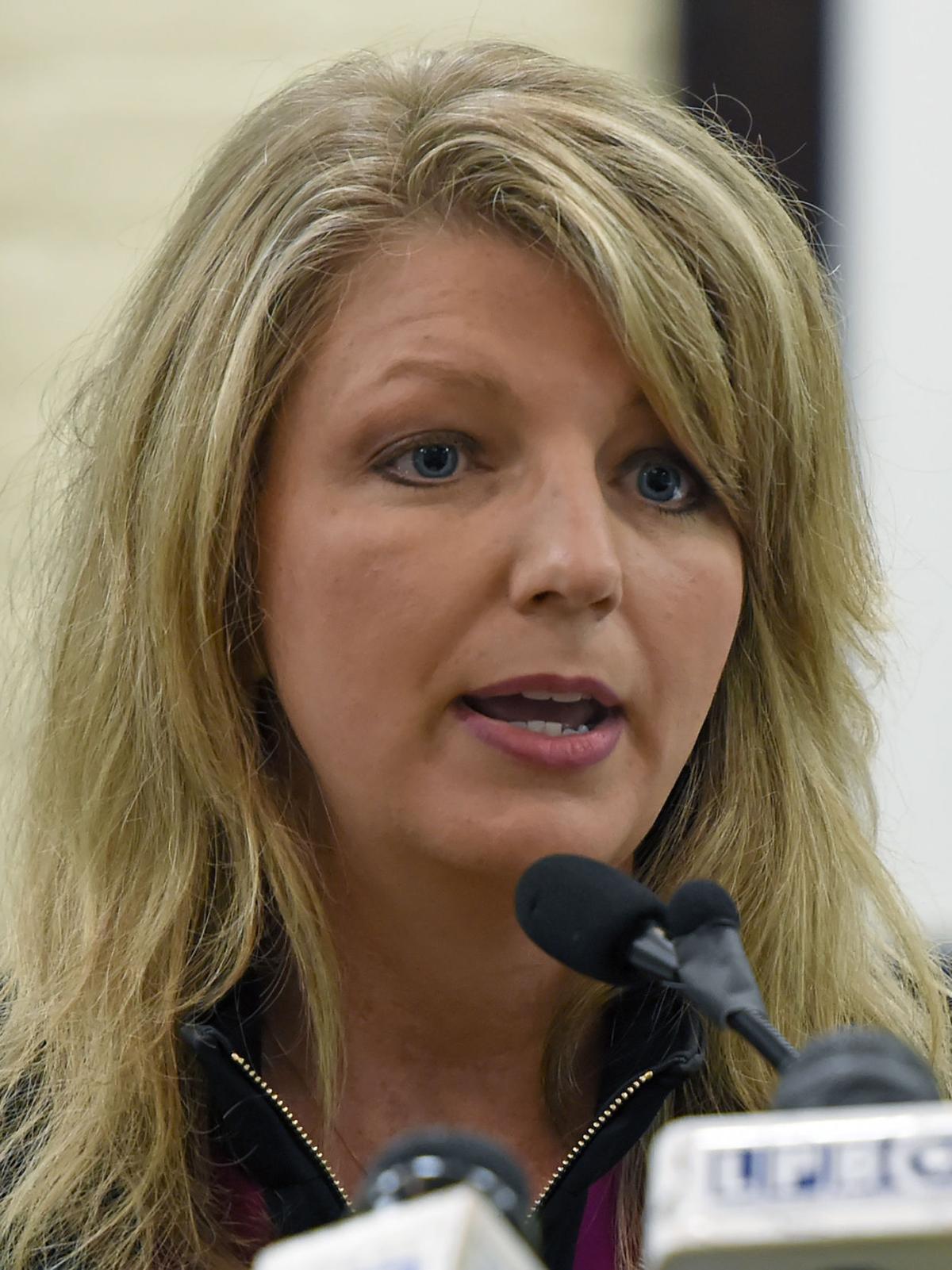 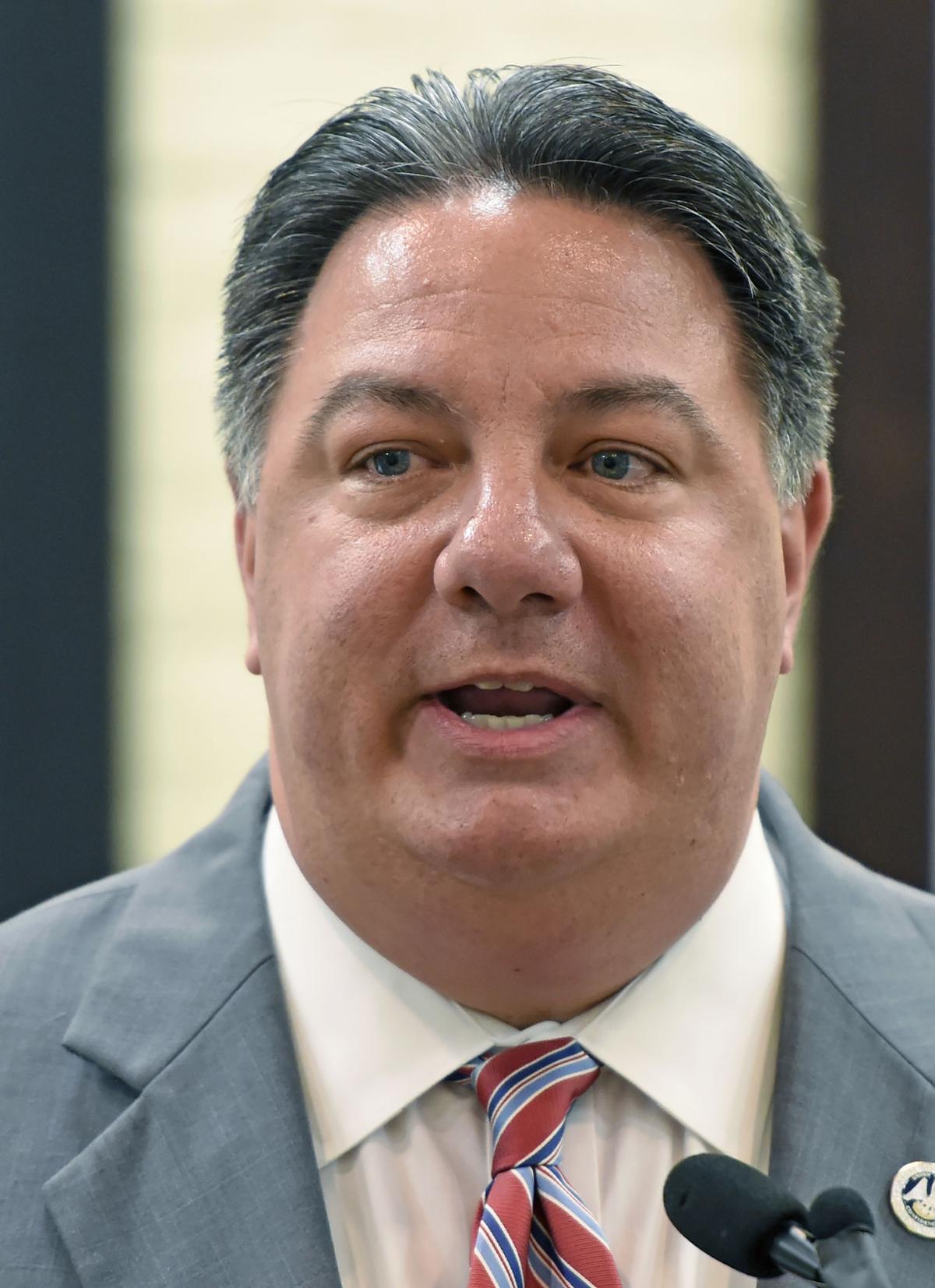 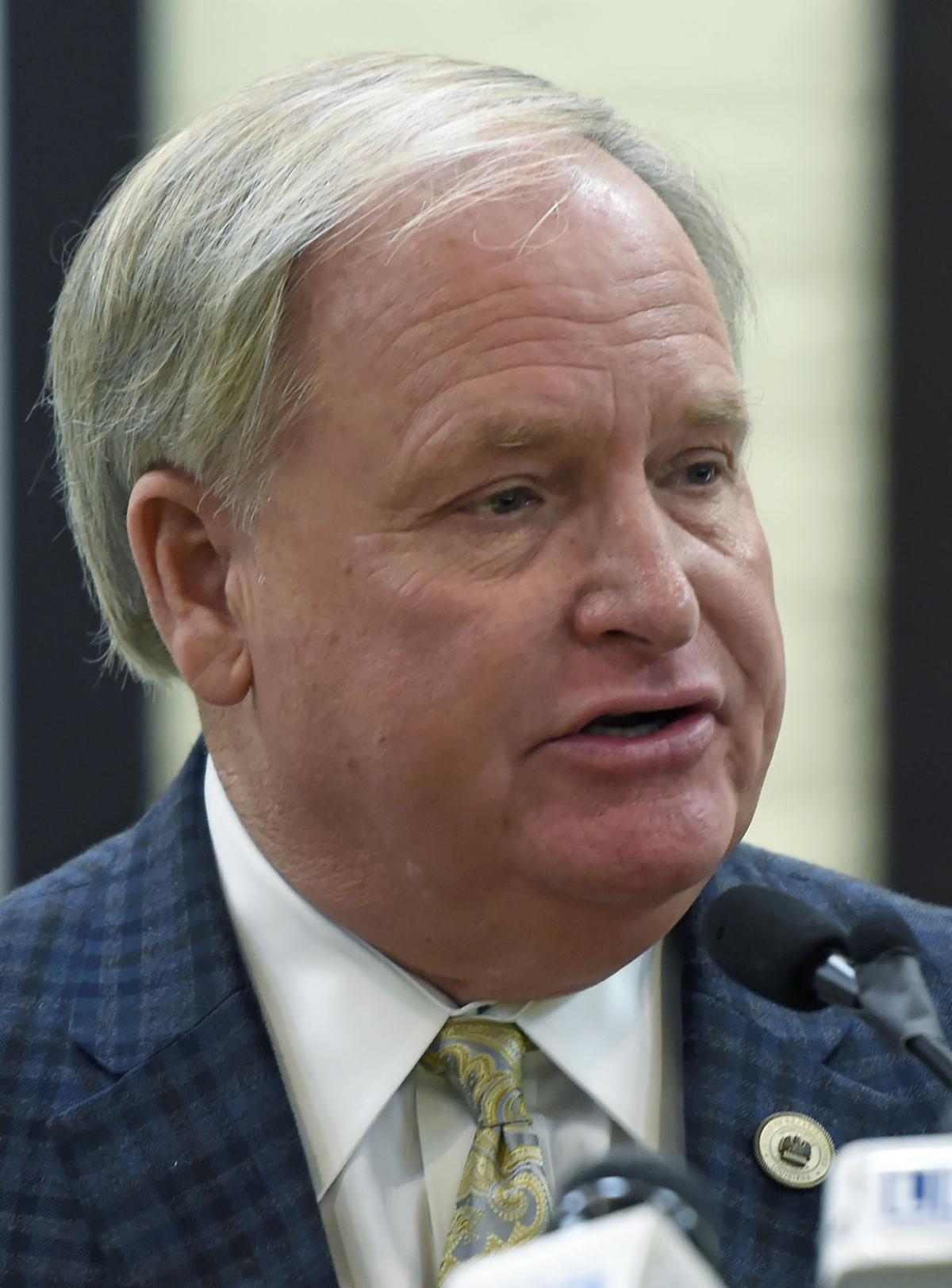 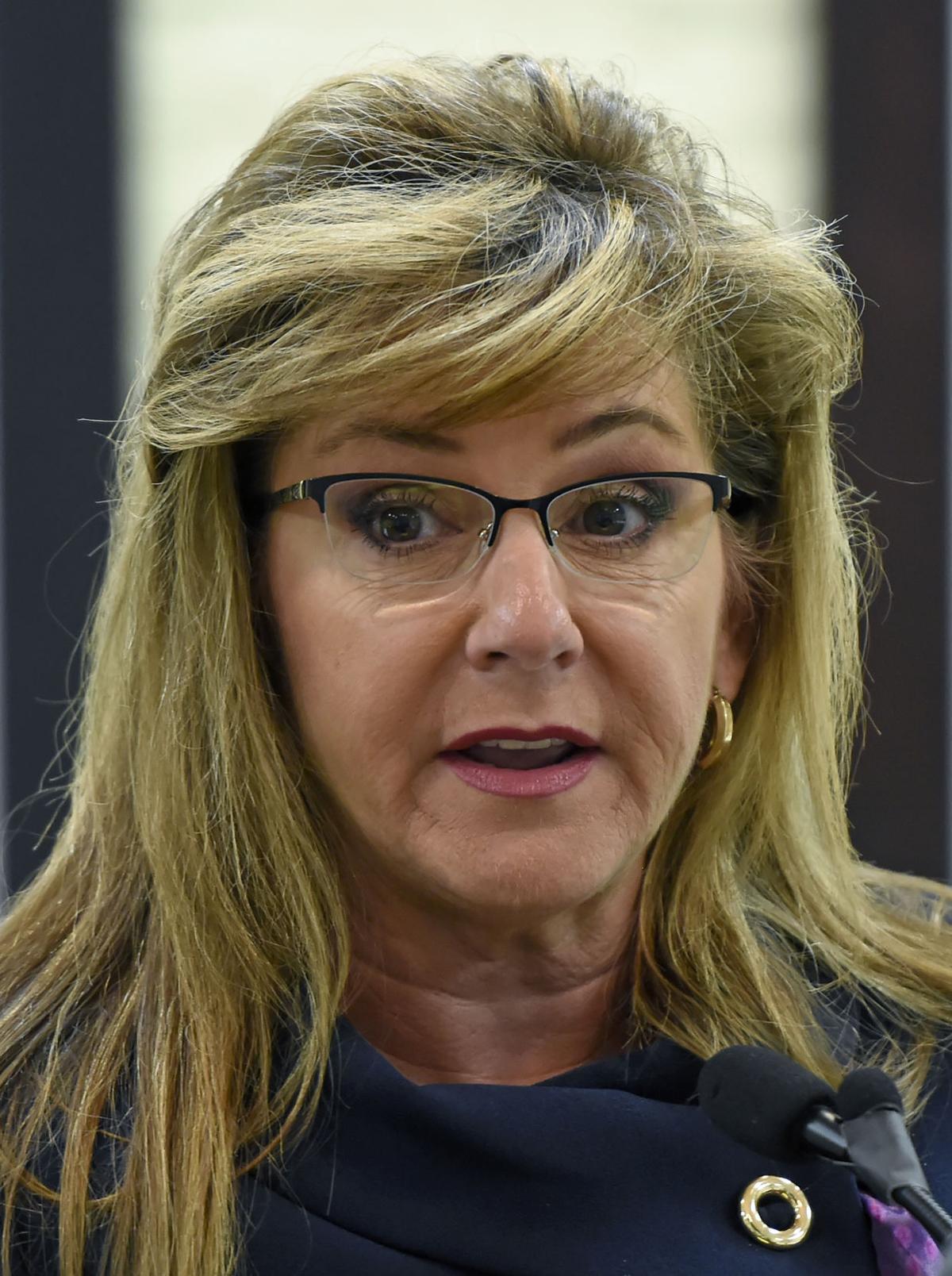 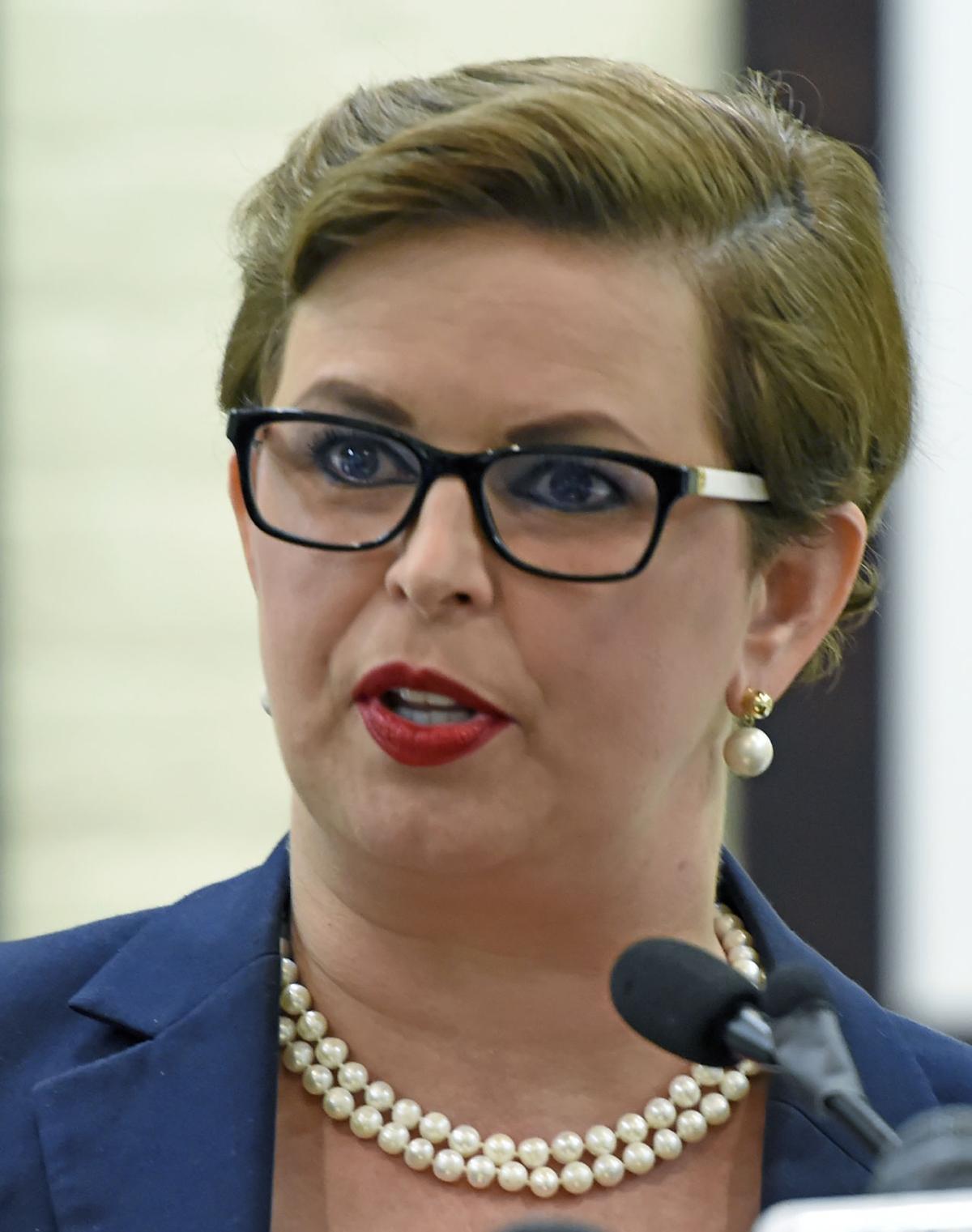 The race that began in May to replace Tom Schedler, who abruptly resigned as secretary of state after being sued by an employee accusing him of sexual harassment, hasn’t received much attention.

Part of the reason is the short runup that left potential candidates little time to organize support. Another factor is the nine candidates, most of whom are known around the State Capitol and in their immediate neighborhoods but not elsewhere, couldn’t raise enough money to become more widely known.

And another cause is the job itself.

Though the office is the third highest in state government, the work is unexciting and primarily administrative: overseeing elections, running a few small museums, registering businesses and archiving state documents. Jim Brown, who held the office from 1980 to 1988, wrote in his blog last week, the job is “how can we gently say this, a glorified clerk of court.”

Expert: 'Nobody cares' about sec. of state race; candidates use loans for campaigns

With less than a month to go before the Nov. 6 election for secretary of state, the top of the ballot is still a contest between nine little-k…

Congressional and local elections also are in play, but the one office on all the state’s ballots is secretary of state.

Early voting begins Tuesday and runs through the following Tuesday, except on Sunday, Oct. 28. Election Day is Nov. 6. The race is expected to be decided in a Dec. 8 runoff between the two highest vote-getters.

Only on the job for five months, interim Secretary of State Kyle Ardoin, a Baton Rouge Republican, is running as an incumbent and the race has evolved into a referendum on his leadership.

Seven of the nine — Kennedy and Moreau have not done much campaigning — agree that the state needs to consolidate elections and that registering to vote on the same day as the election is a bad idea. The Republicans back requiring voters to produce valid identification at the polls.

And most candidates agree that Ardoin has taken unfair advantage of his incumbency, given his recent appointment to the job.

As Schedler’s top assistant for eight years, the former lobbyist took the reins five months ago and promised not to run. In so doing, he deflected a lot of criticism because as the guy who ran the office, Ardoin oversaw personnel problems. He claimed he had no idea of the relationship going on between his boss and his employee. He since has instituted what he calls the toughest sexual harassment standards in state government.

As the other candidates signed up, Ardoin visited with each, even saying he’d pray for some.

That changed when in the final minutes of qualifying, Ardoin announced he would run after all. He said he didn’t feel any of the candidates had sufficient gravitas to handle what will be a year filled with challenges.

In 2019, the secretary of state will have to deal with protections against cyberattacks on American elections; buy 10,000 new voting machines and train workers how to run them; register several thousand felons who recently had their right to vote reinstated; handle lawsuits; and prepare for an election that really will attract voters: the race for governor, all officials elected statewide, including the secretary of state, and all 144 legislators.

“Can we afford on-the-job training?” Ardoin said at a recent forum. “There’s not a single candidate that has the depth of experience that I have and the unique cybersecurity experience that I have to deal with the election issues that face our state today and our nation. … I am the only candidate here who has authorization to receive classified material.”

His opponents have questioned that experience, calling the handling of the bids to sell the state new voting machines a blunder.

Louisiana is voiding a multimillion-dollar contract award to replace thousands of voting machines after a key official in Gov. John Bel Edward…

Free called the handling of the voting machine contract work a “fiasco.”

“When I served as first assistant secretary of state from 2004 to 2008, I was in charge of the procurement of the voting machines we still use today, and I did it without a hint of scandal,” she said in a statement.

Contracts, particularly technical big ones in which only a handful of companies can compete, often end up in challenges and heated allegations. Changes made to the bid specifications were done by Schedler, and grading of the bids was done by a panel of experts that didn’t involve Ardoin after he was elevated to the top job.

Even the right-wing blog The Hayride called the contract fight a “fake scandal.” The Hayride backs Ardoin.

Grace Notes: Kyle Ardoin's first ad is as partisan as it gets

Kyle Ardoin, who stepped into the secretary of state’s job when former boss Tom Schedler was forced to resign amid a sexual harassment scandal…

Then there was the 47,039 letters Ardoin wrote on Sept. 20 to inform elderly and disabled voters who receive their ballots by mail that state law prohibits “voter harassment coercion or intimidation by candidates or third parties.” No other secretary of state had felt the need to mail such warnings to the voters on a list to which only he has access.

“We can’t have fair elections when the chief elections officer overtly campaigns using state funds to promote his name and title,” Crowe said. “His use of his franking privilege is nothing more than a poorly veiled attempt to get his name before voters.”

Crowe claims the greatest number of “no” votes on revenue-raising measures in the Legislature's history.

He grew up in a working-class family in New Orleans and became rich building a company that archived and kept safe the documents of businesses around the country.

“I will work with the Elections Assistance Commission to secure our fair share of the $380 million to strengthen our cybersecurity systems,” he wrote on a Louisiana Family Forum questionnaire.

“This department has seen a lot of ruckus lately,” Stokes said at a recent forum. “It’s high time that we have a fresh set of eyes, we remove the scandal from the office and start fresh.”

A certified public accountant — the only one in the race, as she says repeatedly on the campaign trail — her first order of business would be to conduct an audit of the department, see what works, find systems that need improvement and ensure that staff are focusing on important functions.

She also wants to make the business incorporation website a one-stop shop that would provide access to all the various forms businesspeople have to fill out for government.

Stokes said she hadn’t thought of running for secretary of state until treatments for breast cancer knocked her out of the race for state treasurer. But once cancer-free, she started looking at the office and realized that although the portfolio is different, the work is the same nuts-and-bolts administrative tasks that are in her wheelhouse.

A former schoolteacher, Cloud helps run her family’s trucking company and opened a restaurant to serve Turkey Creek residents and the sportsmen who visit the isolated Evangeline Parish village.

But her interest in the state office started during her mayoral re-election, when her opponent paid mentally disabled people to vote against her — even promising one that she would lead the Christmas parade.

Cloud's efforts to overturn the results required trips to Baton Rouge and finally a lawsuit, which led to an appellate court order for a new election. She won.

Cloud successfully pushed legislation to clean up the election code. “If you want someone who will fight and has fought for election integrity, then I’m the one,” Cloud said.

Collins-Greenup graduated from Liberty University and Southern University Law School. She’s a lawyer and a notary, and has worked elections as a commissioner.

“I want to bring the next level of leadership to the office, take our voting system to the next level,” Collins-Greenup said at a recent forum. The state spends $52 million a year on elections “and we’re not getting bang for our buck, not with 13 percent voter turnout.”

She said she would go into the schools and on college campuses to teach the importance of voting.

Edmonds is a Baptist preacher who left his Shreveport church and school to work for the Louisiana Family Forum, a conservative evangelical group that wields much power in state government.

He is, by far, the best speaker on the circuit. As other candidates sat tentatively perched on their seats at a recent forum, Edmonds grabbed the mic and stalked the stage as if he were giving a sermon.

Edmonds mentions in every speech that he was a leader in the House’s "Gang of No," a group of about 20 legislators who voted against every revenue-raising measure. “I’ll fight just as hard to protect your ballot as I did to protect your wallet,” he said.

Former Assistant Attorney General Free was the top aide to Secretaries of State Fox McKeithen, a Republican, and Al Ater, a Democrat. She helped put together elections following Hurricane Katrina, which destroyed many polling stations and scattered many voters across the country.

“The trust in that office has been compromised,” Free said. “I can bring trust back to the office.”

Backed by labor unions and Democratic Party groups, Free is expected to gather enough votes to make a runoff. However, only one Democrat has been elected statewide recently, Gov. John Bel Edwards, so winning the runoff could be exceedingly difficult.

Turnout for early voting, which begins Tuesday, and ultimately for the Nov. 6 election, could be higher than expected – not so much for what’s…