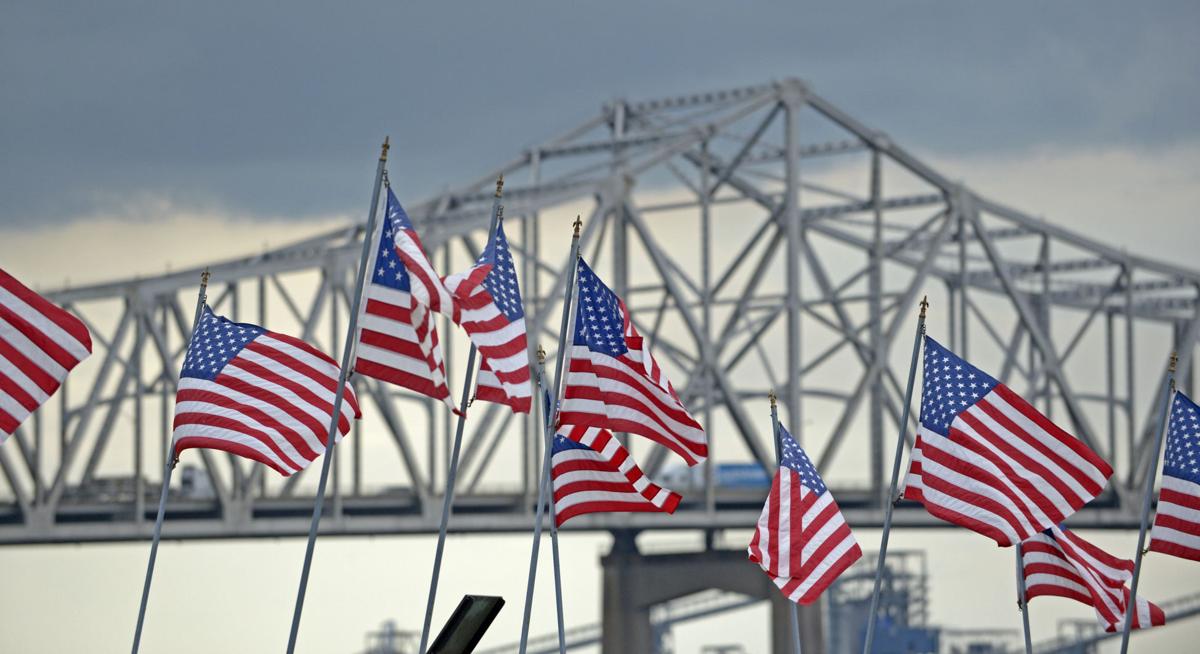 American flags ripple in the wind with the Mississippi River Bridge in downtown Baton Rouge, La.

American flags ripple in the wind with the Mississippi River Bridge in downtown Baton Rouge, La.

Sharon Weston Broome came just shy of an outright victory Tuesday with 48% of the vote and is now headed to a Dec. 5 runoff against former state Rep. Steve Carter, who captured 20% of the vote and nudged out several other Republicans.

At least one of the two leading candidates ran first or second in all but five precincts, failing to be among the front-runners in the Central area, and near Pride.

Broome ran well through much of the city-parish, winning more than 50% of the vote in 151 precincts. She picked up considerable support in Baker and elsewhere along the Plank Road corridor and also in Gardere and Mayfair.

Carter fared best in the south half of the parish, notably areas along Highland and Perkins roads and in and around Shenandoah. Still, there were 123 precincts where he received less than 10% of the vote, and he had no votes at all in 11 precincts.

Here are our four takeaways from Tuesday's vote.

The only other Democrat in the race, state Rep. C. Denise Marcelle, garnered 7% of the vote and likely kept Broome from reaching the 50% threshold necessary to avoid a runoff.

The two candidates, both Black women, share a similar north Baton Rouge constituency and were each jockeying for support from the parish's Black voters.

Though Broome had a commanding lead in many of the city's majority Black precincts, Marcelle routinely shaved off around 20% of the vote there and had her best showing in portions of Mid City north of Florida Blvd.

In the predominantly White neighborhoods around Kenilworth and Southdowns, Carter pulled ahead with a majority of the vote, though Broome held her own and captured roughly 25% of the vote.

That's a troubling sign for Republicans, said pollster John Couvillon, noting that in order for the GOP to win parishwide it needs to have near unanimous support in almost every predominantly White precinct.

Broome narrowly won the run-off four years ago, in part, thanks to voters in these areas, which data show include politically moderate residents with more education, Couvillon said.

Carter edged out his competitors in several precincts in the parish's more conservative sections and dominated with some of his best showings in Santa Maria, Southdowns and Pollard Estates.

Many areas where he did well are within the boundaries of the proposed city of St. George, whose supporters have lined up, at least financially, behind Carter.

Matt Watson and Jordan Piazza had their best showings in precincts located in and around Central, though Carter trailed closely behind, creating a split among the three candidates in much of the region.

"That to me is part and parcel of the competition that the Republicans had to be the top dog in the runoff," Couvillon said.

Broome fared the worst in these precincts and picked up fewer than 10% of the vote in several.

In a campaign changed by coronavirus, here's how Baton Rouge mayor candidates are reaching voters

The final weekend of campaigning in this year's mayor-president's race will bear little resemblance to those from elections past. A record num…

As Sharon Weston Broome and Steve Carter prepare for a Dec. 5 runoff in the race for East Baton Rouge Parish mayor-president, their campaigns …