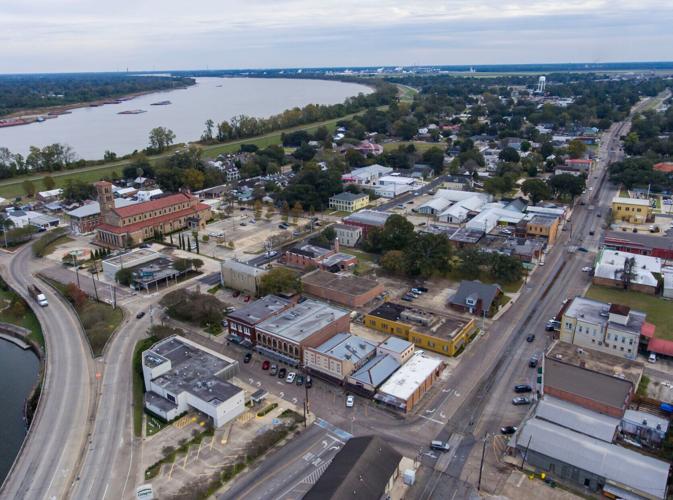 Downtown Plaquemine along the Mississippi River on Thursday, November 17, 2022 in Plaquemine, Louisiana. 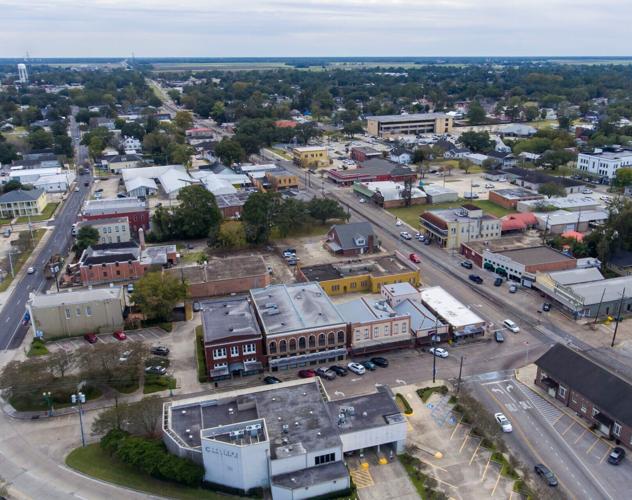 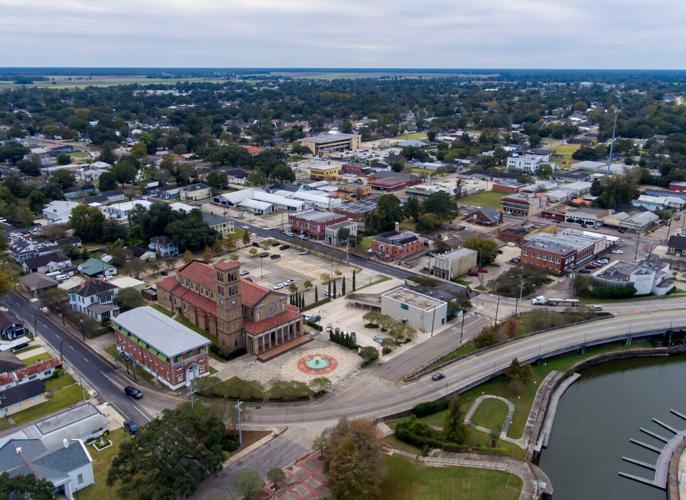 Highway 1 wraps through downtown on Thursday, November 17, 2022 in Plaquemine, Louisiana. 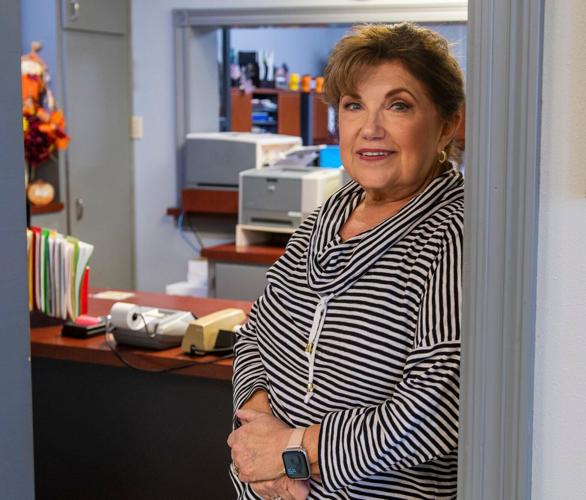 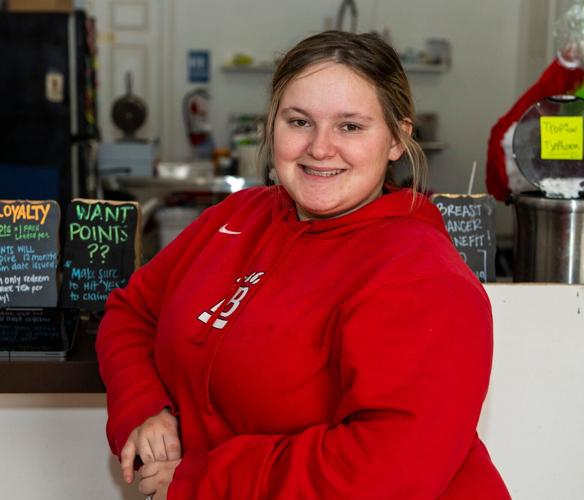 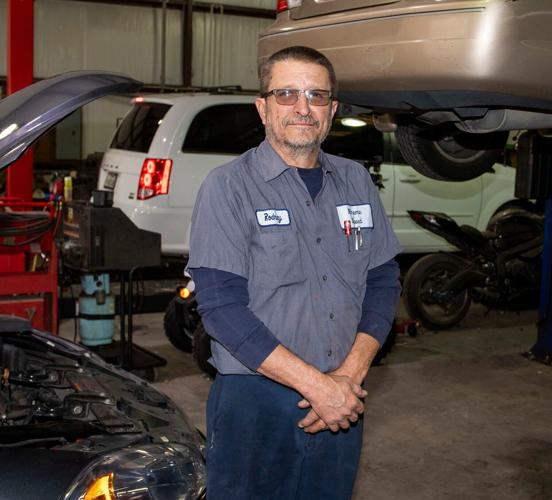 Downtown Plaquemine along the Mississippi River on Thursday, November 17, 2022 in Plaquemine, Louisiana.

Highway 1 wraps through downtown on Thursday, November 17, 2022 in Plaquemine, Louisiana.

Despite concerns that a new bridge across the Mississippi River will undo the charm of historic Plaquemine, many people there say they're all in for the $3 billion project.

Rodney Blanchard, co-owner of Blanchard's Automotive, said he is so eager for Plaquemine to serve as the thruway for traffic entering and leaving the bridge that he hopes the west side exit empties out in front of his business.

In May a state panel — the Capital Area Road and Bridge District — settled on three possible sites for the bridge.

All are in Iberville Parish, just south of Plaquemine on the west bank of the river and near St. Gabriel on the east.

That set off alarms on what the bridge would mean to Plaquemine, a town of 6,600 about 20 miles south of the almost always congested "new" Mississippi River bridge in Baton Rouge.

Jay Campbell, chairman of the panel that endorsed the three sites, initially questioned whether efforts to get through or around Plaquemine would scuttle all three sites.

West Baton Rouge President Riley "Pee Wee" Berthelot, another member of the road and bridge district, said he doubted bridge traffic could get through the town and that a bypass would be needed.

But Iberville Parish leaders are firmly behind the plans and say most residents are too.

"I am ecstatic about it," said state Rep. Chad Brown, R-Plaquemine. "I think for our parish, for the entire west side of the river, giving us another crossing between the Sunshine Bridge and Baton Rouge just makes total sense."

Plaquemine touts that 120 of its buildings are listed on the National Register of Historic Places.

Attractions include the Plaquemine Lock Historic Site, Barker's Pharmacy, which is the oldest in the state, and the sprawling Saint John the Evangelist Catholic Church, dubbed "The Cathedral on the Bayou."

Nearby antebellum homes are a draw for tourists. Trains roll through the middle of town at mid-morning.

Residents say anyone who has tried to navigate their way north on La. 1 to Baton Rouge — only to experience the delays and frustration of trying to get back and forth across the Mississippi River bridge there — know a new path across the river would be a godsend.

"We want it," said Vickey Vicknair, co-owner of Vicknair Printing.

Vicknair said that in her last several visits to Baton Rouge, all but one involved taking the Plaquemine Ferry across the Mississippi River to a landing site near L'Auberge Casino and Hotel in Baton Rouge.

Jane Gauthreaux said teachers who live in Plaquemine but work across the river are quitting their jobs rather than grappling with the daily trek across the bridge in Baton Rouge.

"I don't go to Baton Rouge," Gauthreaux said, adding that if she really must travel there, she uses the Sunshine Bridge in Donaldsonville to cross the Mississippi.

One of the concerns is that a flood of 18-wheelers and other cars and trucks will destroy Plaquemine's small-town feel.

Brown said up to 47,000 vehicles per day travel through the town now, including workers going back and forth to Dow Chemical and other plants.

Yet weighing heavily on his mind is the fact that Iberville Parish is split, with territory on both sides of the Mississippi.

"For years Iberville Parish has been detached from its own parish on the other side of the river," he said. "To get to the other side of my House district, I have to go through two other parishes to get to my own district."

Carolyn Daigle, who lives in Plaquemine, is all for a new bridge and undeterred by any uptick in traffic.

"I am used to traffic anyway," Daigle said.

Madison Morales, a recent graduate of Brusly High School who works at Geaux Bayou Nutrition, is also on board.

"It would mean more business for business owners," Morales said.

Campbell, the chair of the Capital Area Road and Bridge District, said he no longer has any concerns on what a new crossing would mean for Plaquemine.

"My understanding is everyone is looking forward to having a bridge," he said.

The $3 billion project would include major upgrades to connectors on the west and east sides of the river — La. 1 and La. 30.

While major questions remain on how to fund the bridge, Brown said, it is closer to reality than at any time in more than 25 years of off-and-on talks.

"We can't continue, as we do many times in Louisiana, to kick the can down the road," he said.