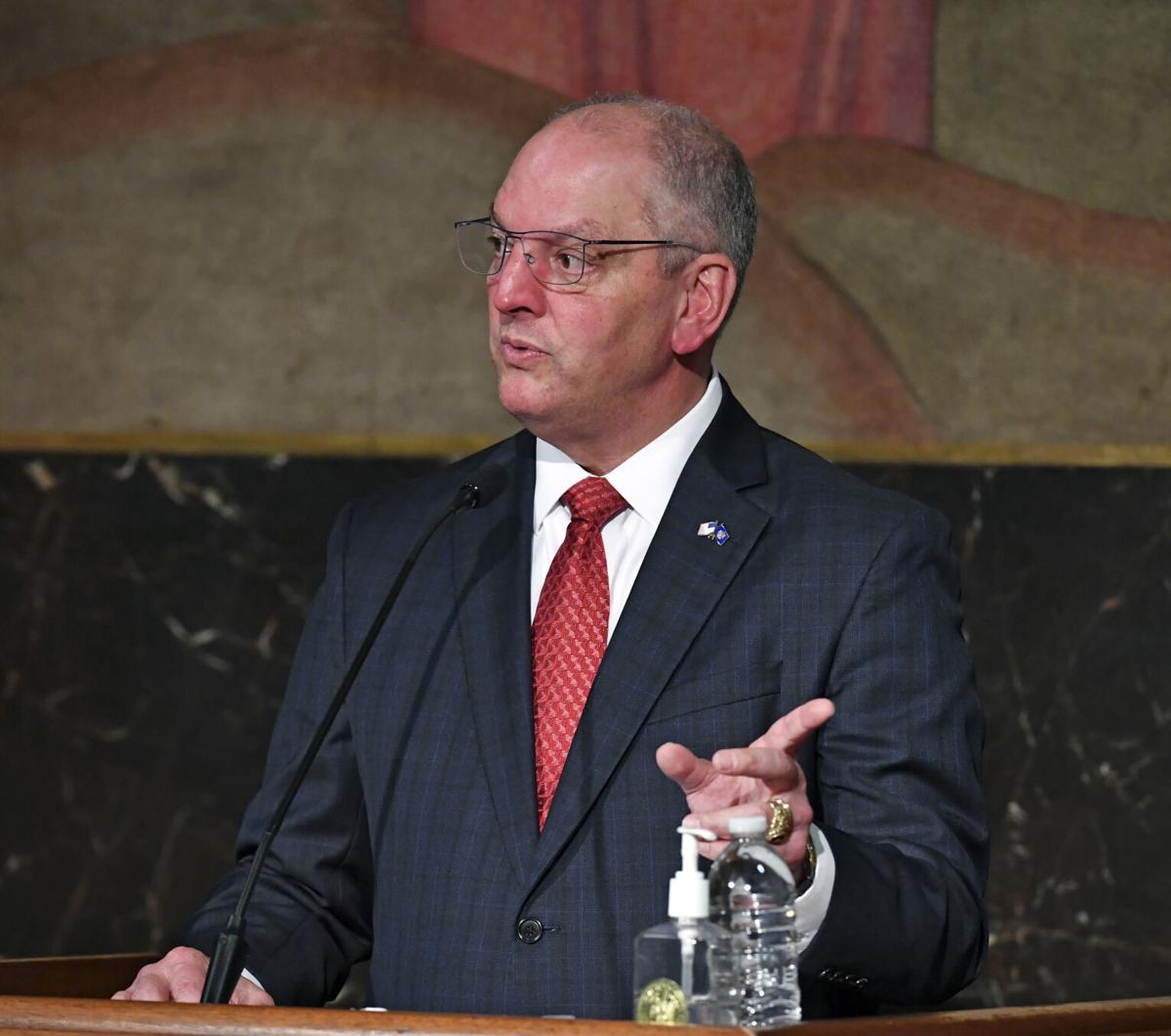 Governor John Bel Edwards speaks during a press conference at the conclusion of legislative session, Thursday, June 10, 2021, at the Louisiana State Capitol in Baton Rouge, La. 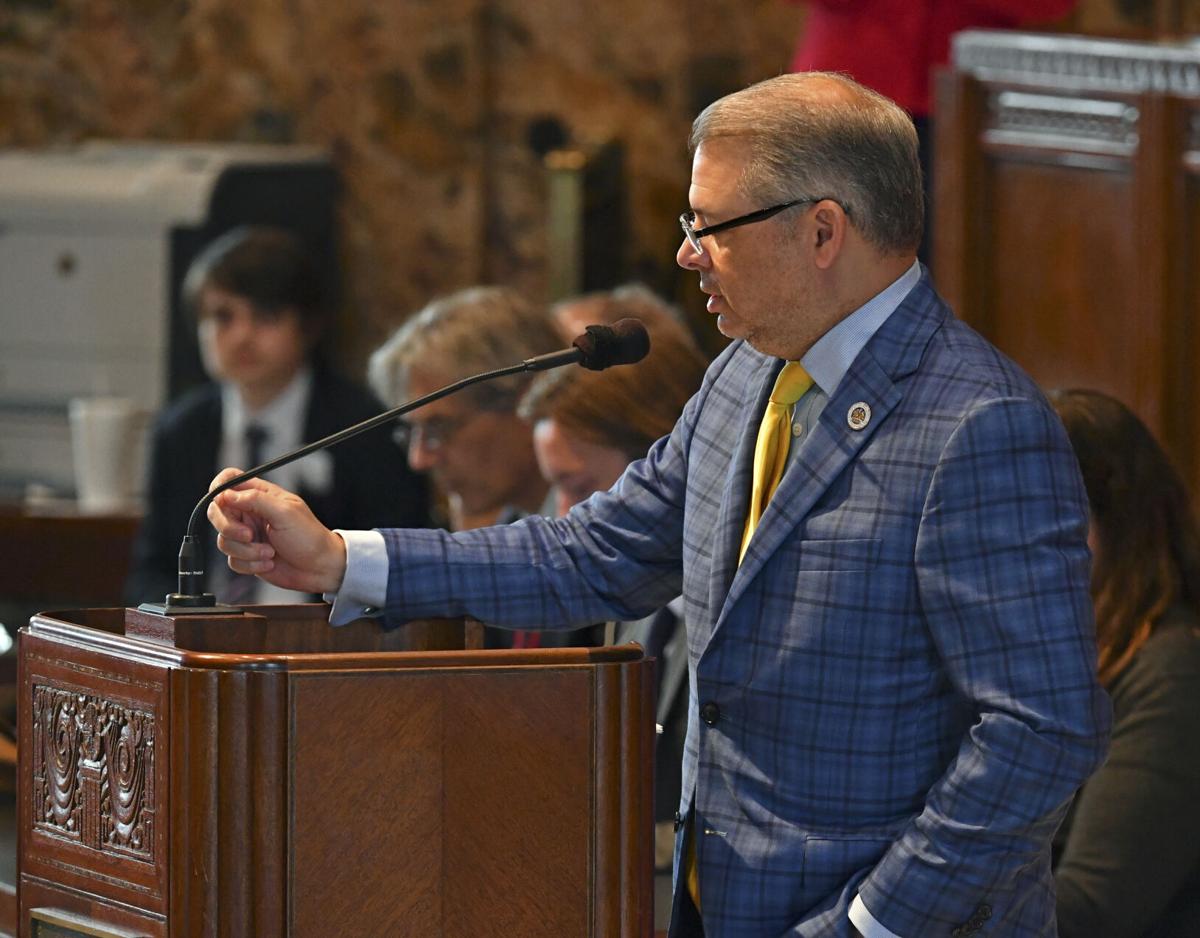 Gov. John Bel Edwards signed legislation that will increase the state’s unemployment benefits by $28 a week starting next year in return for agreeing to be the first Democratic chief executive to withdraw from the federal program that bumps the payments by $300.

Under a deal approved in the final minutes of the legislative session, the permanent increase is tied to Edwards canceling Louisiana’s participation by July 31 in the federal stimulus for those unemployed during the pandemic. The $300 federal enhancement was set to expire in early September.

“For a long time now, Louisiana has had the smallest weekly benefit in the country. And we need to do better in that. Everything is a tradeoff,” Edwards said last week at his post-session press conference. He added that organized labor had wanted an increase in the weekly benefit for years.

Small businesses don’t get much smaller than the DejaBrew Coffee House in Lafayette. Six days a week you’ll find owner Laura Landry at the sho…

But Edwards said he had always anticipated ending the benefits in early August, saying the state could end the benefits when most schools welcome students back.

"So, the 31st of July is not a bad compromise," Edwards said.

The deal drew the support of the state’s largest business groups, and enraged some of Edwards’ progressive allies, including members of the Black caucus. The House voted 75-26 in favor of the legislation and the Senate voted 32-5 to send it to Edwards’ desk. Both chambers voted in the final hour of the session, which ended 6 p.m. Thursday.

House Bill 183 started as a single word correction – changing “shall” to “may” – in a previously passed law involving income tax reporting that had run afoul of federal law.

Another measure to boost the weekly benefit paid by the state had been rejected earlier by the House.

State Rep. Chad Brown, the Plaquemine Democrat who had sponsored HB183, said Wednesday he agreed to allow his bill to be amended on the floor of the Senate to include the increase in the weekly benefit Louisiana allows while those laid off search for work. Only Mississippi has a lower benefit than Louisiana’s, which was last increased in 2008. The permanent $28 bump that brings the weekly payment to the qualified unemployed to $275 weekly – what Alabama and Florida give.

The state American Federation of Labor, presenting organized labor, and the Louisiana Association of Business & Industry had agreed to the increase in weekly benefits. But the Louisiana branch of the National Federation of Independent Business did not and rallied enough representatives in the House to block acceptance of the Senate’s amendments.

Lawmakers then negotiated behind closed doors and came up with a deal that would end the federal stimulus payment in return for the weekly pay bump, Brown said.

Dawn McVea, director of NFIB Louisiana, said Wednesday her small business members had wanted an end to participation in the federal program over concerns that they are causing a worker shortage and were willing to compromise on the raise of weekly benefits.

A host of GOP-led states have opted out of the $300 federal benefit, which comes on top of whatever the states pay.

Mark Ballard: The last-minute dealmaking in the Legislature that increased unemployment checks

Sen. Jay Luneau calls them “the twins” because of how often they testify side-by-side before his Senate Labor & Industrial Relations Commi…