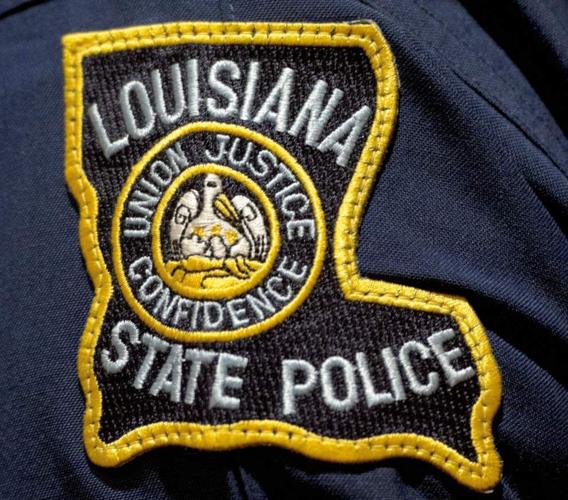 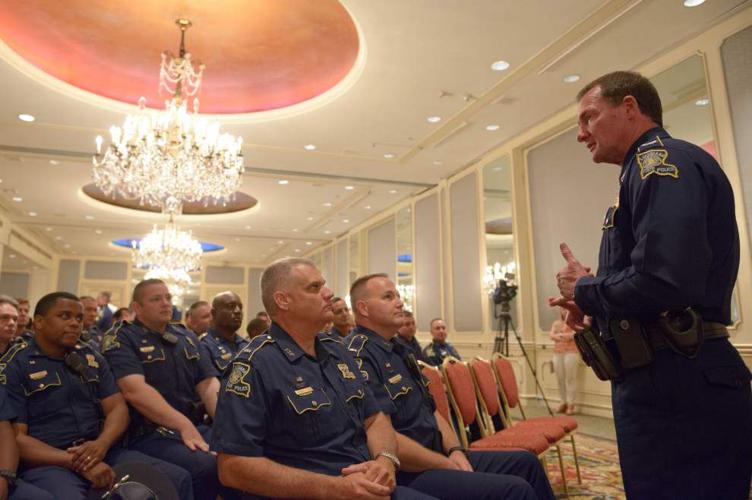 Advocate staff file photo by MATTHEW HINTON-- Louisiana State Police Colonel Michael Edmonson, right, speaks to his officers during a press conference at the Omni Royal Orleans Hotel in the French Quarter in September. State Police will seek a 30 percent pay raise for many of its troopers.

Advocate staff file photo by MATTHEW HINTON-- Louisiana State Police Colonel Michael Edmonson, right, speaks to his officers during a press conference at the Omni Royal Orleans Hotel in the French Quarter in September. State Police will seek a 30 percent pay raise for many of its troopers.

Even as state agencies are cutting budgets, Louisiana State Police seeks a 30 percent pay raise for many of its troopers.

“I know it’s not the best time, but when is the right time?” State Police Superintendent Michael Edmonson asked. The hike would bring State Police in line with what other law enforcement officers are paid and was approved before the price of oil dropped by $40 a barrel, requiring a midyear correction in this year’s budget and massive cuts to be proposed for next year’s — including a cut of about $300 million for higher education.

“This isn’t a pay raise that will affect me or the upper echelon,” Edmonson said. It would apply to rank-and-file troopers under the rank of major.

About 1,646 employees will get raises starting Jan. 19, according to documents filed by the State Police asking for approval for the midyear budget change. But first, legislators would have to approve shifting about $14.6 million from a fund that collects the newly increased fines for drivers without up-to-date auto insurance into an account that can be used to pay salaries. The Joint Legislative Committee on the Budget is scheduled to vote Friday on moving the money.

“This request cannot be postponed,” the State Police’s official request says. “This pay raise is being implemented to ensure LSP remains competitive with other state law enforcement agencies.”

The pay adjustment was approved in June, but the money for the salary increases only recently became available.

Starting pay with benefits for troopers, if legislators agree to the money shift, will increase about 30 percent from $35,609 to $46,610.

Pay for troopers after they finish their first year and are sent on highways by themselves would go up by $10,026 to $50,932. The raise would move Louisiana from the 42nd-highest pay among state police troops across the nation to the 20th-highest, just behind Connecticut and just in front of Rhode Island, according to the report the State Police will give to the legislative committee.

The changes will make the Louisiana State Police the highest-paid law enforcement agency in the state.

“I didn’t pick Friday. I didn’t pick the oil prices to fall when they did,” Edmonson said. “I don’t believe there is going to be a good time. But there is a right time and it’s now. … I’ve called on these troopers to do things they never were expected to do.”

For instance, about 100 troopers a day augment patrols of the New Orleans Police Department, he said.

He’ll send 150 troopers to handle Mardi Gras. The troopers chosen, often from the Baton Rouge area or the bayou communities, are required to commute from their homes to New Orleans each day for no extra pay.

“At some point and the point is now, we got to pay the women and men who do these things,” Edmonson said.

Legislators and the governor signed off on the idea of bringing trooper salaries in line with what law enforcement is paid in other states and around Louisiana. That was before a $40 a barrel drop in the price of oil stressed the state’s fiscal health.

The Jindal administration last month made $170.5 million in midyear adjustments to balance the $25 billion annual state budget. Because of the impact of continuing declines in oil prices, the administration expects to cut $50 million to $100 million more before the end of the fiscal year on June 30 and significantly more for fiscal year 2016, which begins July 1.

Edmonson said his department, which includes State Police, finds out on Friday what kind of cuts to expect for next year.

“Our original discussion was 15 to 20 percent reduction throughout public safety. We haven’t got our final number yet,” he said.