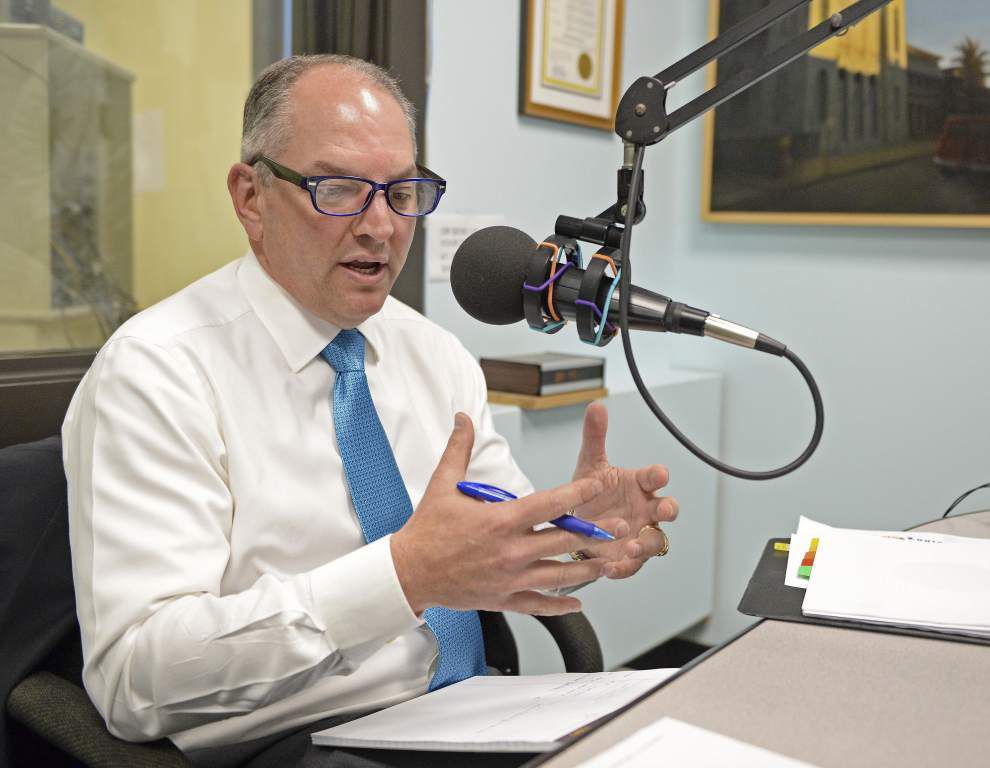 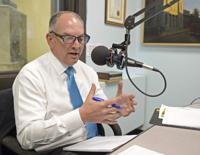 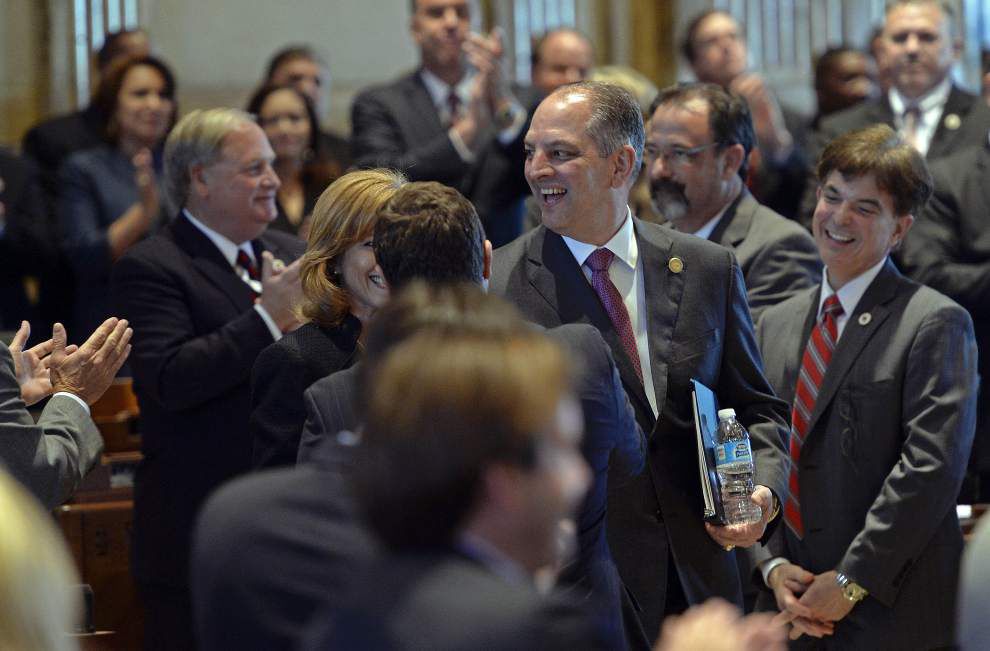 Advocate staff photo by BILL FEIG -- On the first day of the regular legislative session, Gov. John Bel Edwards, third from right, and wife Donna Edwards, second from left, shake hands with solons and enter the House Chamber for the joint session address at 1:00 on the State of the State.

Advocate staff photo by BILL FEIG -- On the first day of the regular legislative session, Gov. John Bel Edwards, third from right, and wife Donna Edwards, second from left, shake hands with solons and enter the House Chamber for the joint session address at 1:00 on the State of the State.

Beginning July 1, thousands of unemployed adults in Louisiana will have to seek job search and training assistance through the state’s workforce centers to continue receiving food stamp benefits for an extended period.

“This truly is important. It’s historic,” Edwards said in announcing the new initiative. “We are striking the right balance as we move Louisiana forward.”

The new requirements apply to able-bodied, childless food stamp recipients between the ages of 18 and 49 who are not employed, attending school, enrolled in a job-training program or otherwise exempt from current federal work requirements, and who stay on the SNAP rolls for more than three months.

Edwards, a Democrat who took office Jan. 11, had indicated in recent weeks that he would sign an executive order that would outline new work requirement policies, after he moved to stop a stricter federal rule from kicking into effect.

For the past 19 years, Louisiana’s unemployment rate has been so high that the state has received a waiver from the federal government that has allowed residents to bypass the normal work requirements for the federally funded program.

Former Gov. Bobby Jindal, a Republican, first drew attention to the issue last year when he announced he would not seek another waiver as he was leaving office, after having previously sought them over the course of his two terms.

Food stamp benefits for those affected average about $194 a month in Louisiana, but SNAP is federally funded, so no state money would be saved through a change. Meanwhile, the state Legislature has been eyeing taking control of its own over SNAP benefits.

Under Edwards’ order, food stamp recipients will have to go to one of the Louisiana Workforce Commission’s 59 Business and Career Solutions Centers to seek job placement, application assistance and training. If they keep in regular touch with the counselors there through in-person visits, they can keep their benefits, Edwards said. The centers already are in partnership with the Louisiana Community and Technical College System to offer adult education programs.

“Our counselors work diligently with each person to help prepare, train and connect each individual to a job as they are ready,” she said.

LCTCS President Monty Sullivan also praised the governor’s decision to lean on workforce training programs. “It builds upon the relationships that already exist and it’s a Louisiana approach — Uniquely Louisiana,” he said.

About 47,000 food stamp recipients will be affected by the change, Edwards said.

Edwards said he wanted to help people become productive members of the state workforce but didn’t want to go the harsher route of refusing to request a waiver, as Jindal had planned.

Governors from several other states that would have qualified for waivers didn’t seek them for this year, including Arkansas, Mississippi, Florida and North Carolina, while other states lost waivers because they no longer qualify.

According to the Center on Budget and Policy Priorities, more than half a million people stand to lose their benefits across the country during 2016 because of the new enforcement of work requirements.

Louisiana state lawmakers have recently begun pushing legislation that would give the Legislature the ultimate say whether the state requests a waiver. Hearings on those proposals have been met with questions about the state’s ability to serve people who need job skills training to re-enter the workforce or meet new work requirements.

Stand With Dignity, a grass-roots group from New Orleans that was involved in a lawsuit challenging Jindal’s push for the work requirement, had organized hunger strikes and circulated petitions against reverting to the federal standards.

“Gov. Edwards’ order is a critical step towards addressing barriers to employment and building career ladders for people who have been excluded from work across Louisiana,” said the group’s organizer, Latoya Lewis. “This executive order recognizes the daily challenges of individuals surviving on government benefits and seeks to address these issues through programing that leads to meaningful and sustainable employment.”

“The state should obviously do all it can to connect people with job-training and educational opportunities,” he said. “The real test will come in the execution and making sure that people don’t fall through the cracks who need help putting food on the table.”

Edwards said he hopes that his plan doesn’t have to run long-term. Louisiana only qualifies for the federal waiver because the unemployment rate outpaces the federal average.

“Frankly, we hope that this program won’t be in use here for terribly long,” he said.

He said he sees the Louisiana plan as a potential model for other states looking to enhance workforce development while keeping access to food stamps for those who need it.

WASHINGTON — The federal farm bill, a periodic and sprawling reauthorization of an array of government agricultural and rural development prog…