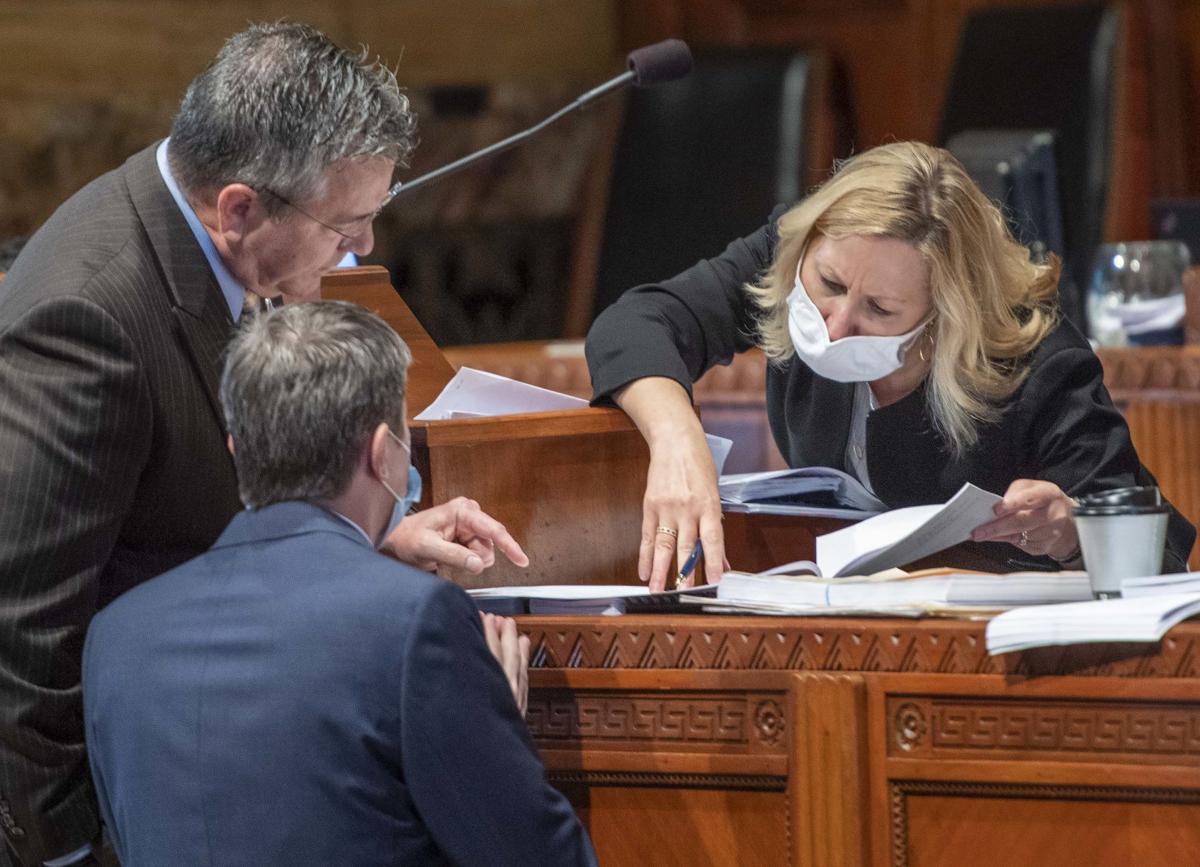 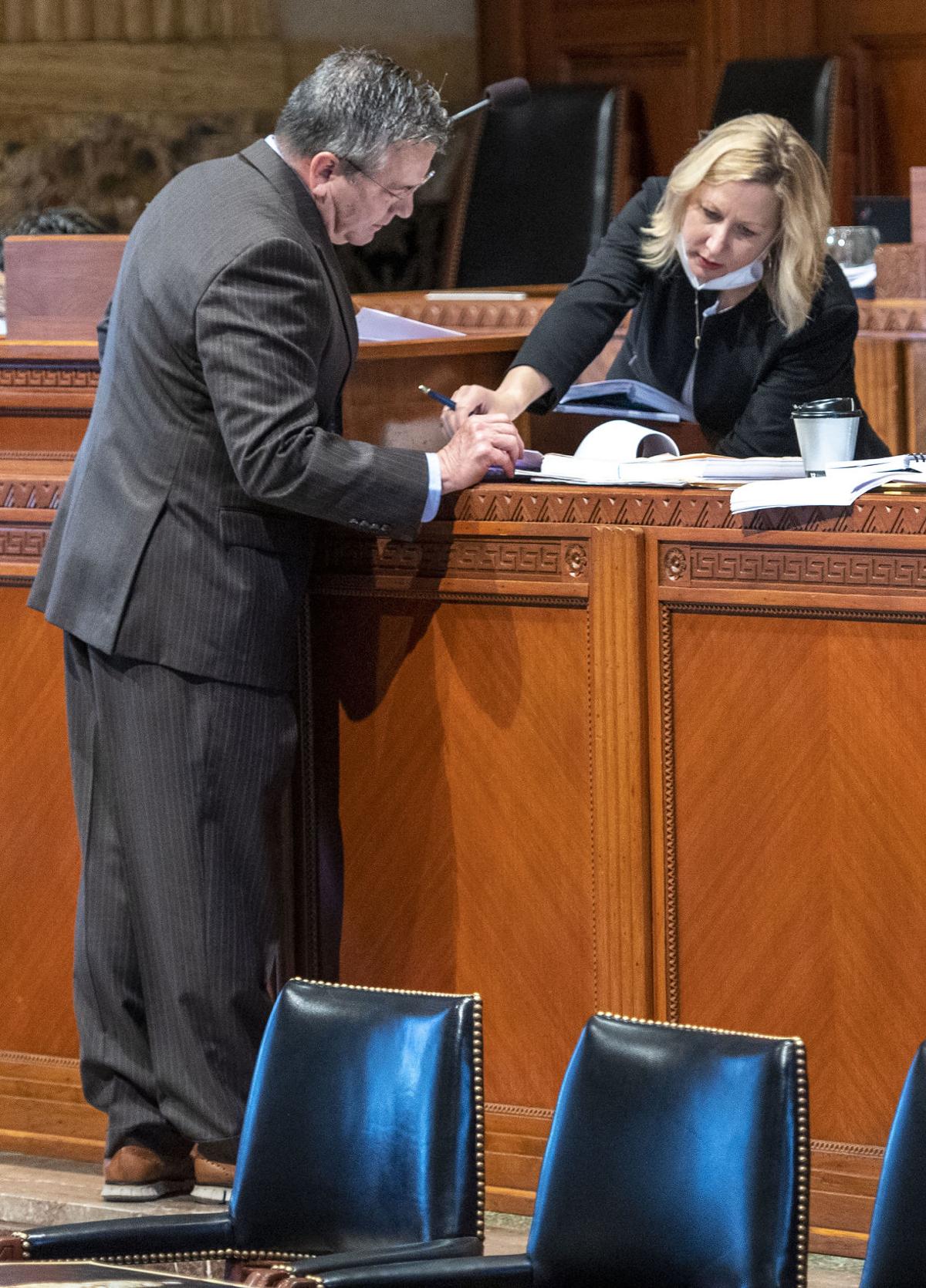 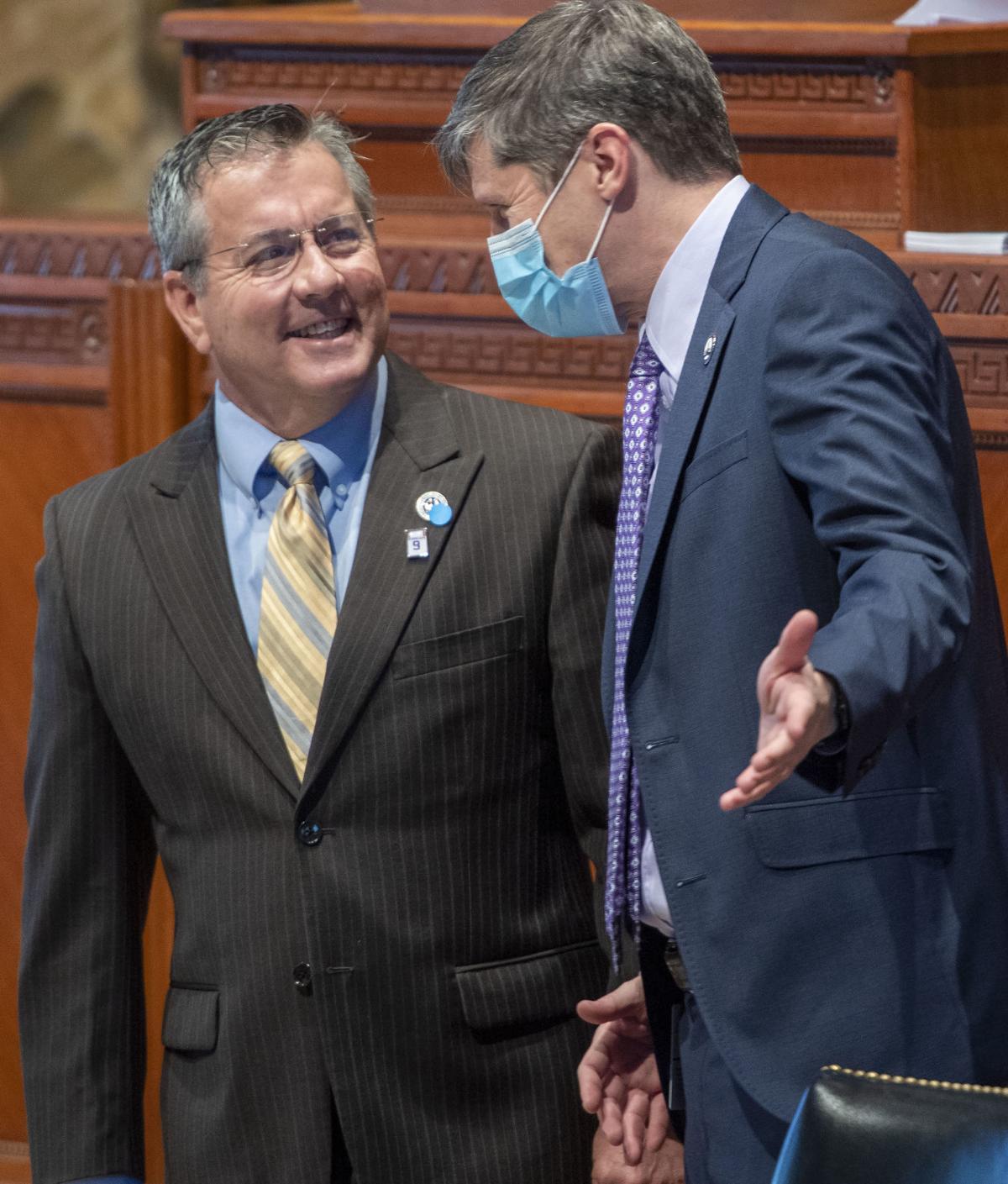 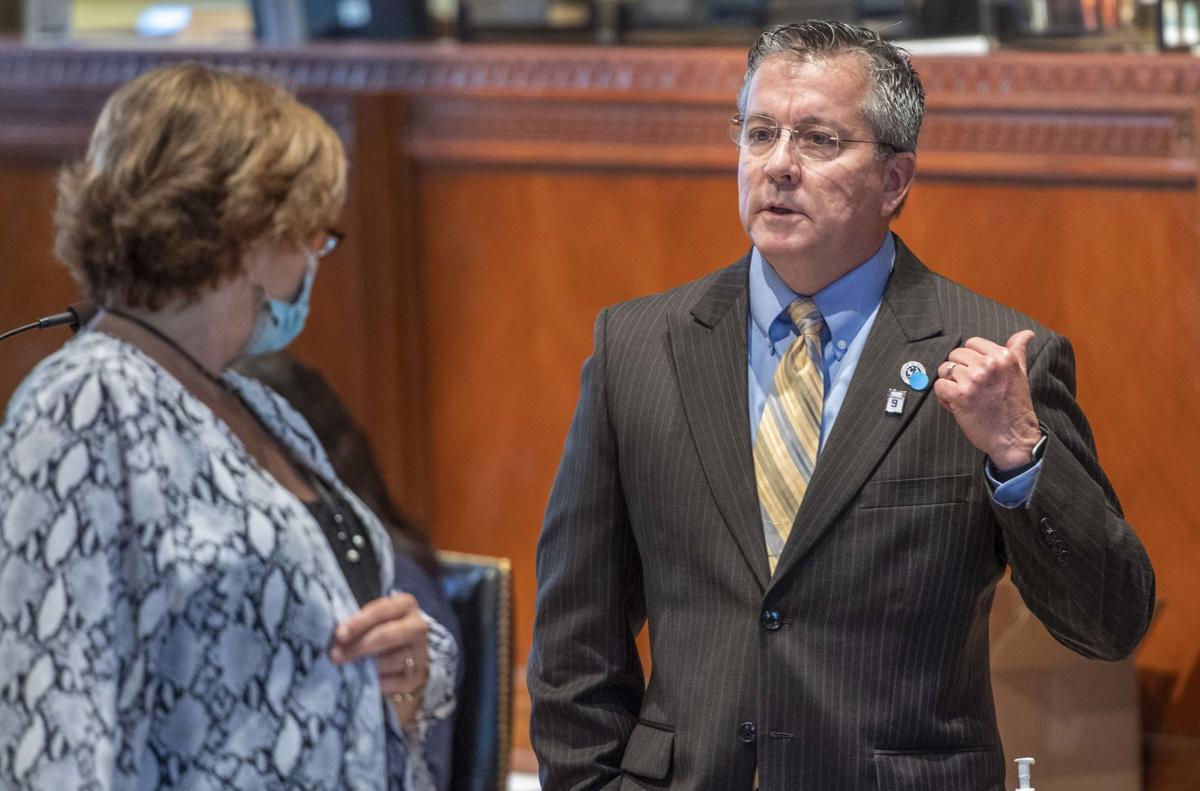 But negotiations continued as agreement on the state budget continues to elude legislators. Lawmakers have until 6 p.m. Tuesday, when special session adjourns, to agree and pass the government spending plan for the fiscal year that begins Wednesday.

The proposal to send checks to workers heads to the desk of Gov. John Bel Edwards, who said he supports it, and represents the highlight of Democrats’ accomplishments in the special session that was premised in large part on coronavirus recovery.

The legislation, House Bill 70 by Rep. Sam Jenkins, D-Shreveport, uses a small fraction of the state’s federal coronavirus aid, $50 million of more than $1.8 billion available, to steer money to workers who interacted with the public at the height of the state’s outbreak.

It won unanimous approval in both chambers of the Legislature, gaining steam in the latter part of the session that must end by 6 p.m. Tuesday.

After Republicans successfully redirected $300 million in aid originally headed to local governments to be used instead on grants for small businesses, Democrats crafted the plan for the hazard pay. Jenkins said it was “only fair” to send $50 million to workers given the $300 million sent to businesses.

Several Democrats say they don’t believe the bill goes far enough, and would prefer to spend more on workers. Jenkins said it was difficult to get more to workers because the money was already promised to local governments, who have also been hit hard by the pandemic.

“I would have been surprised had I not seen bipartisan support for something that was going to get some (money) to all the people we represent,” Jenkins said. “These people live all throughout our states and live in all of our districts.”

The Louisiana Department of Revenue will send out notices for people to begin applying in mid-July, Jenkins said. A spokesman for the agency did not respond to questions Monday.

Under the legislation, workers would need to apply for the checks and would qualify if they make less than $50,000 a year and are employed in a list of jobs deemed essential. Those include health workers, emergency, fire and law enforcement personnel, bus drivers, garbage workers grocery store and convenience store workers and others. The workers must have worked at least 200 hours between March 22 through May 14, when the state’s stay-at-home order was in place.

Democrats pushed the bill as a counterpoint to Republicans sending hundreds of millions of dollars to businesses. Jenkins’ bill would cost $50 million of the state’s $1.8 billion in federal coronavirus aid.

The Republican-led Legislature has put forth a host of measures that would cut taxes for businesses, send $300 million in federal aid to small businesses and change the state’s civil laws to limit payouts to plaintiffs and their attorneys, which business groups argue would lower car insurance rates.

The state Senate on Monday night agreed to a deal to give final approval to House Speaker Clay Schexnayder’s House Bill 57, which supporters call the “tort reform” they think will lead to lowering some of the nation’s highest policy prices for auto insurance. But in a déjà vu moment, an issue with the wording was discovered, leading to postponement of the final vote needed to send the measure to Edwards. Rep. John Stefanski, the Crowley Republican lawyer who was handling the measure for the speaker, told his colleagues that he wanted clean-up the problematic language before the House votes, which now will be sometime Tuesday.

In the final moments of the regular session on June 1, both chambers approved a far more sweeping measure only to discover too late that sloppy wording had created a windfall, far exceeding the cost of treating minor injuries – a fatal flaw for a strategy of reducing rates by limiting what a court can award. The governor vetoed that bill earlier this month, noting that the measure was not the product of compromise.

Schexnayder’s legislation made changes on three of the five points sought by business and insurance interests.

State Sen. Barrow Peacock, the Bossier City Republican who shepherded the speaker’s bill in the Senate and sat in on the negotiations said he doesn’t know for certain, “But I think this is something the governor will sign.”

The GOP-led Legislature also scored Monday when Gov. Edwards notified them he had signed the state’s $5.5 billion construction budget without striking any items out via the governor’s powerful line-item veto authority.

Governors in Louisiana wield considerable power, in part because of the so-called line-item veto ability. The governor can simply remove any project from the construction budget, called House Bill 2, with the stroke of a pen. Edwards chose not to do that this time, in a break with past practice. Lafayette Republican Stuart Bishop, chair of the House Ways & Means Committee, said the bill represented “history” and he touted his move to divert millions in planned projects to the state’s savings account.

A group of lawmakers were also meeting behind closed doors to hash out what the state budget will look like for the fiscal year that starts Wednesday. Among the issues were a proposal by state senators to freeze pay raises for state employees until at least October and a new hospital payment plan crafted by Edwards’ administration.

Jenkins, at a press conference held outside the House chambers as lawmakers waited on agreements to materialize, said Democrats were concerned with the pay raise language and were working to ensure workers could win back the raises retroactively if they were granted later in the year. Republicans in the Senate say they don’t want to boost pay for government workers when private businesses are suffering, and say they’ll sideline the money until October for use plugging budget holes if needed.

Business executives who set the agenda for the legislative session on behalf of Republican legislative leaders have pushed a host of tax breaks they say will aid businesses as they recover from the ongoing economic crisis. Opponents argue the proposals represent giveaways that have long been sought by business groups and would do little other than deepen the state’s financial problems.

The Legislature has already passed tax breaks that would cost around $18 million in the upcoming fiscal year, and others that would total millions more were still awaiting passage.

Mark Ballard of the Capitol news bureau contributed to this report

Thousands of Louisianans could be homeless when moratorium is lifted; Acadiana numbers already swelled

More data shows Louisiana could face a significant housing crisis due to COVID-19 once the federal moratorium is lifted on July 25.

The Lafayette area added 6,600 jobs from April to May as more businesses reopened from the COVID-19 shutdown but remains 20,600 jobs behind la…

Who's drilling where in Louisiana? Here are the well permits filed for June 21-27

Our Views: A well-earned thank you to the people who got us through lockdown

They weren’t hard to spot when Louisiana went into lockdown, the people deemed so essential that they went to work while others sheltered at h…