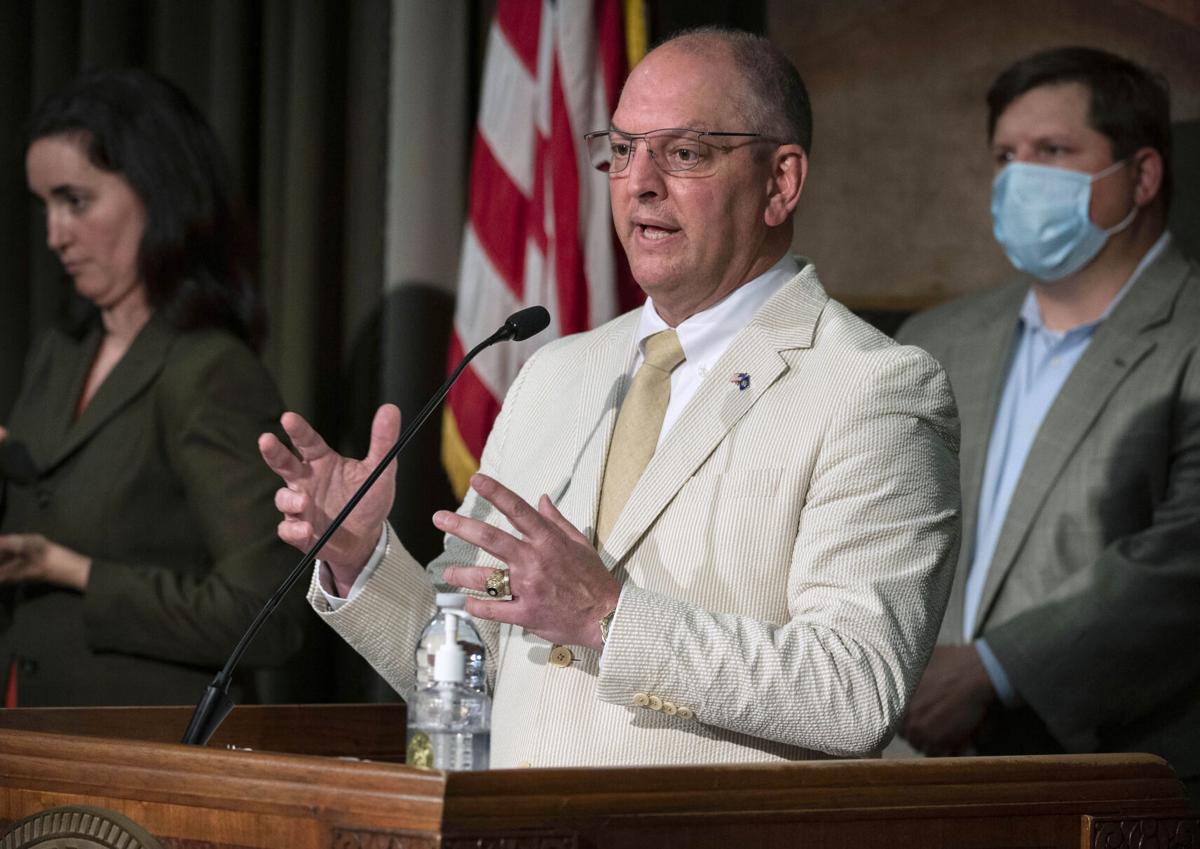 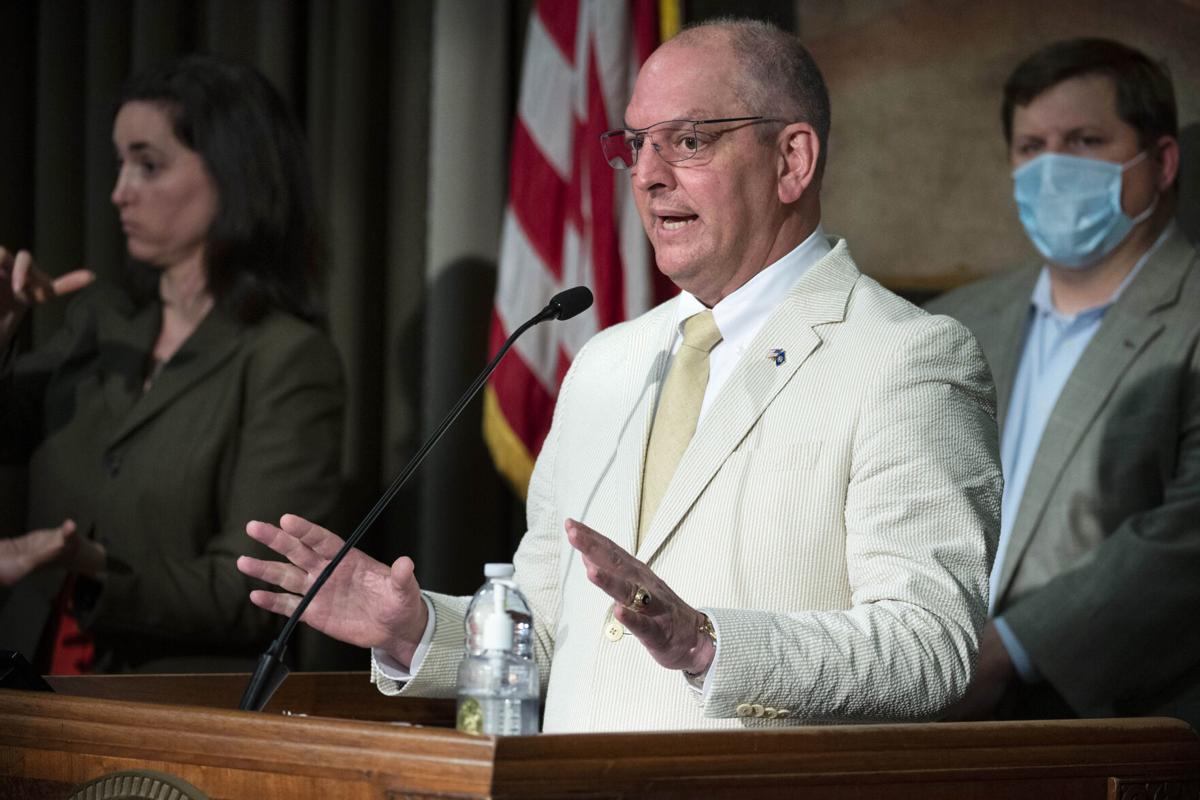 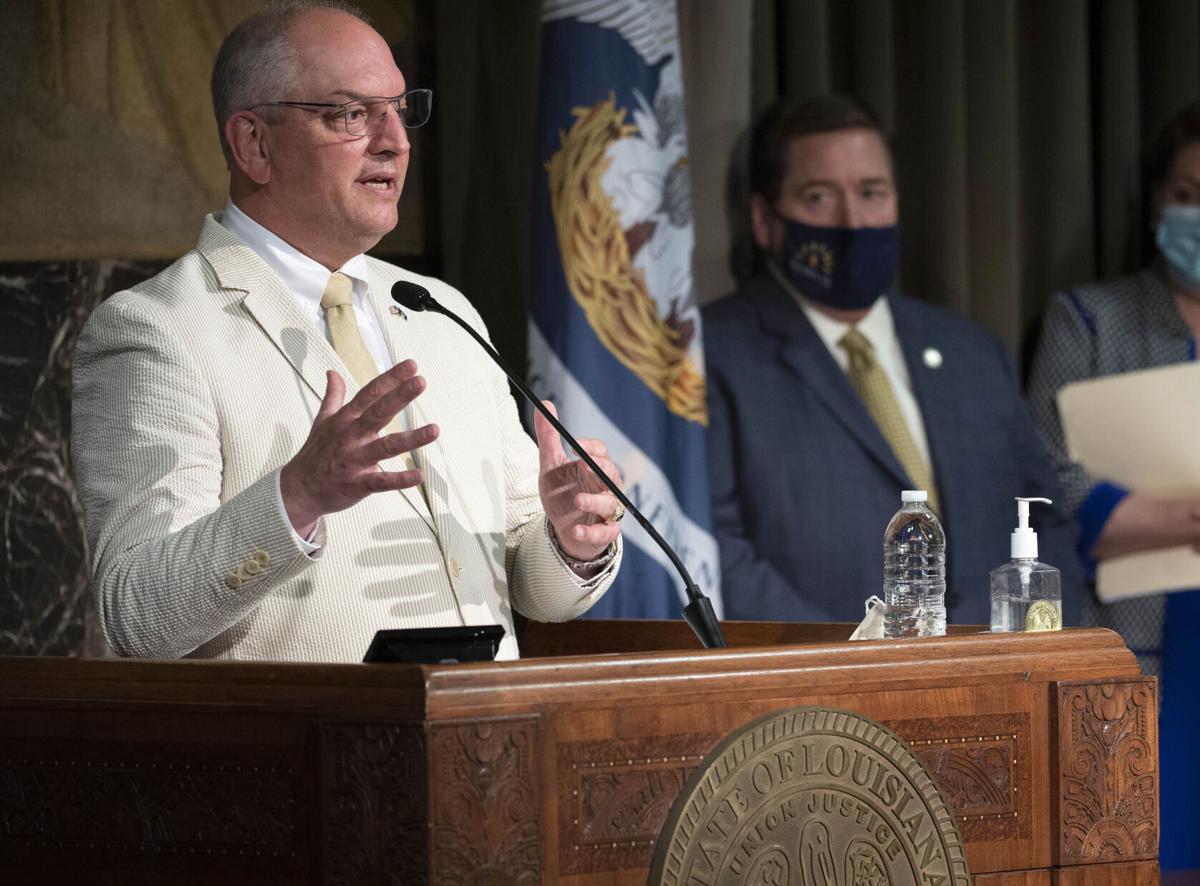 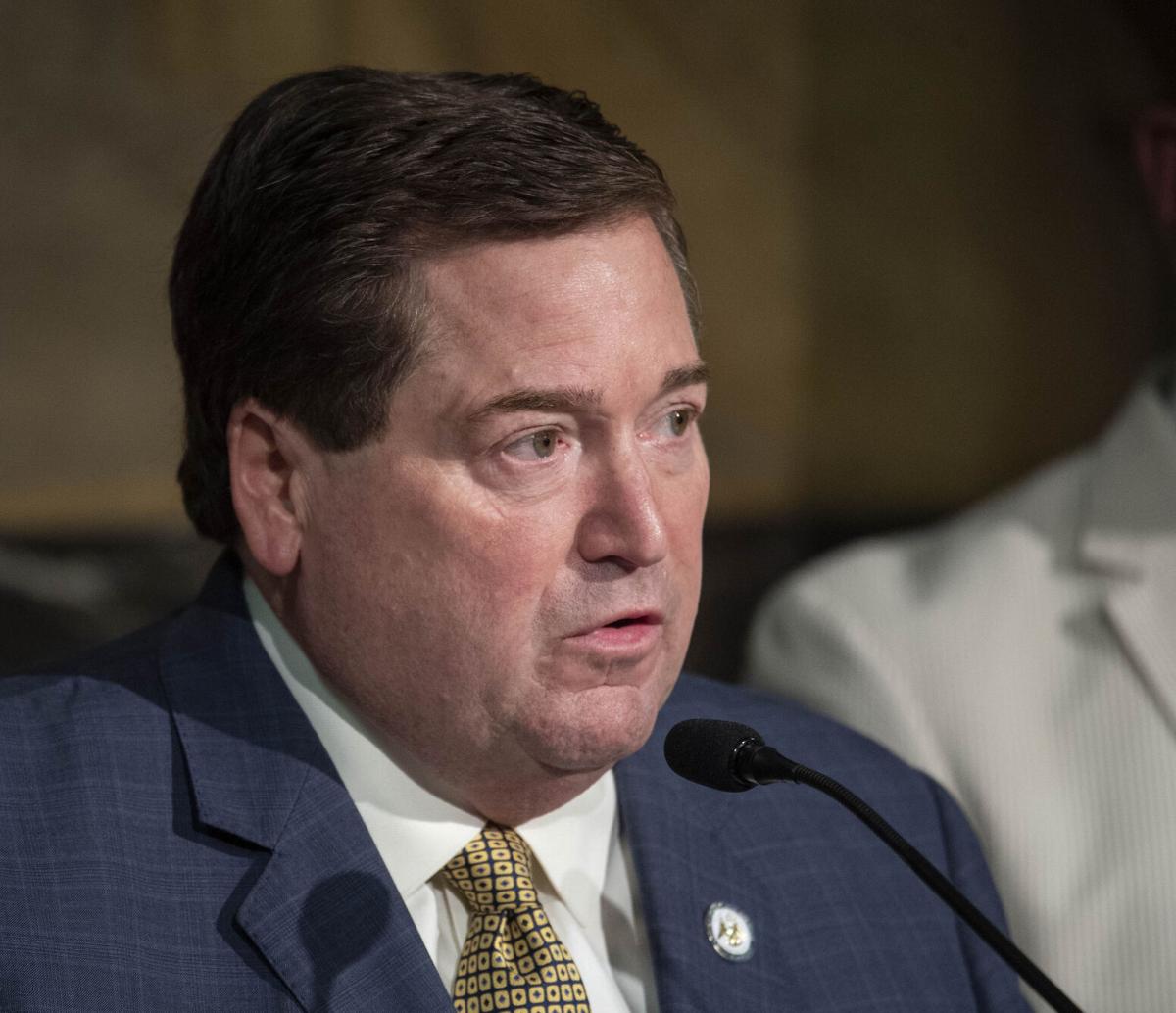 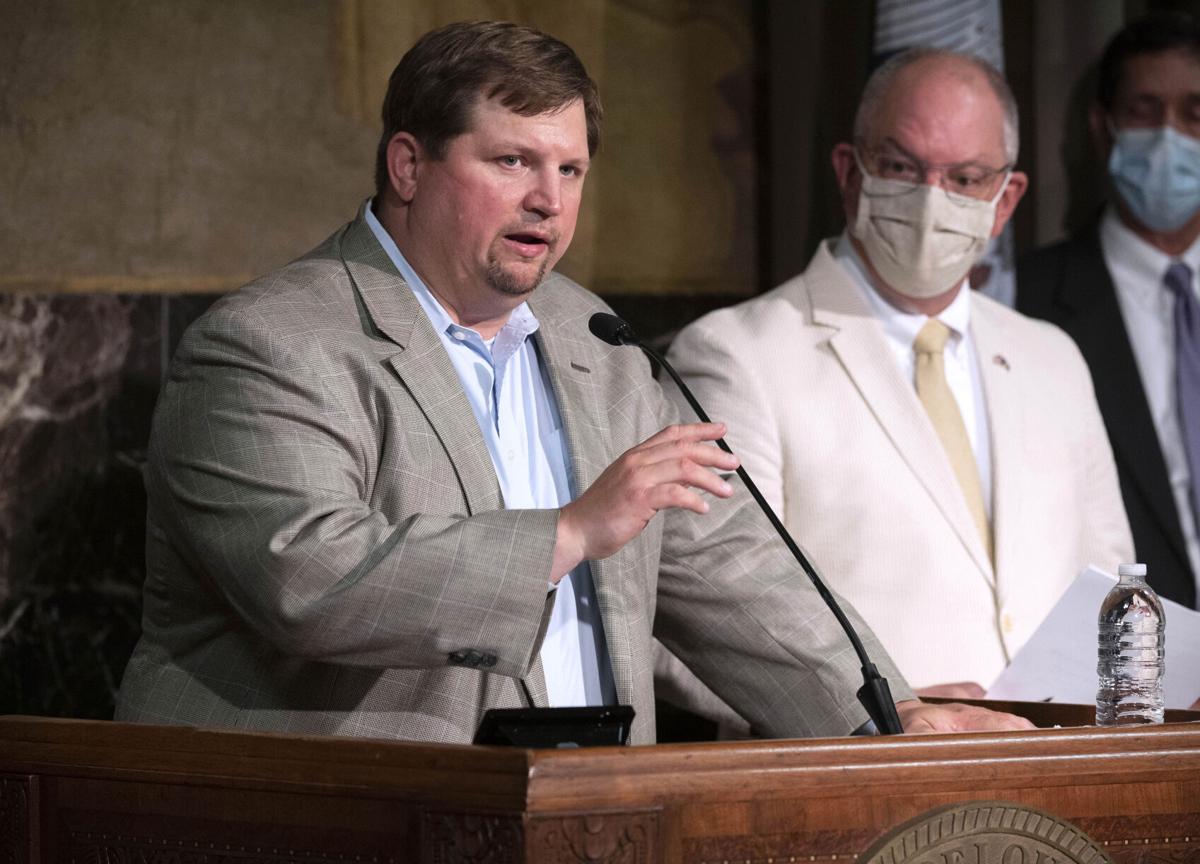 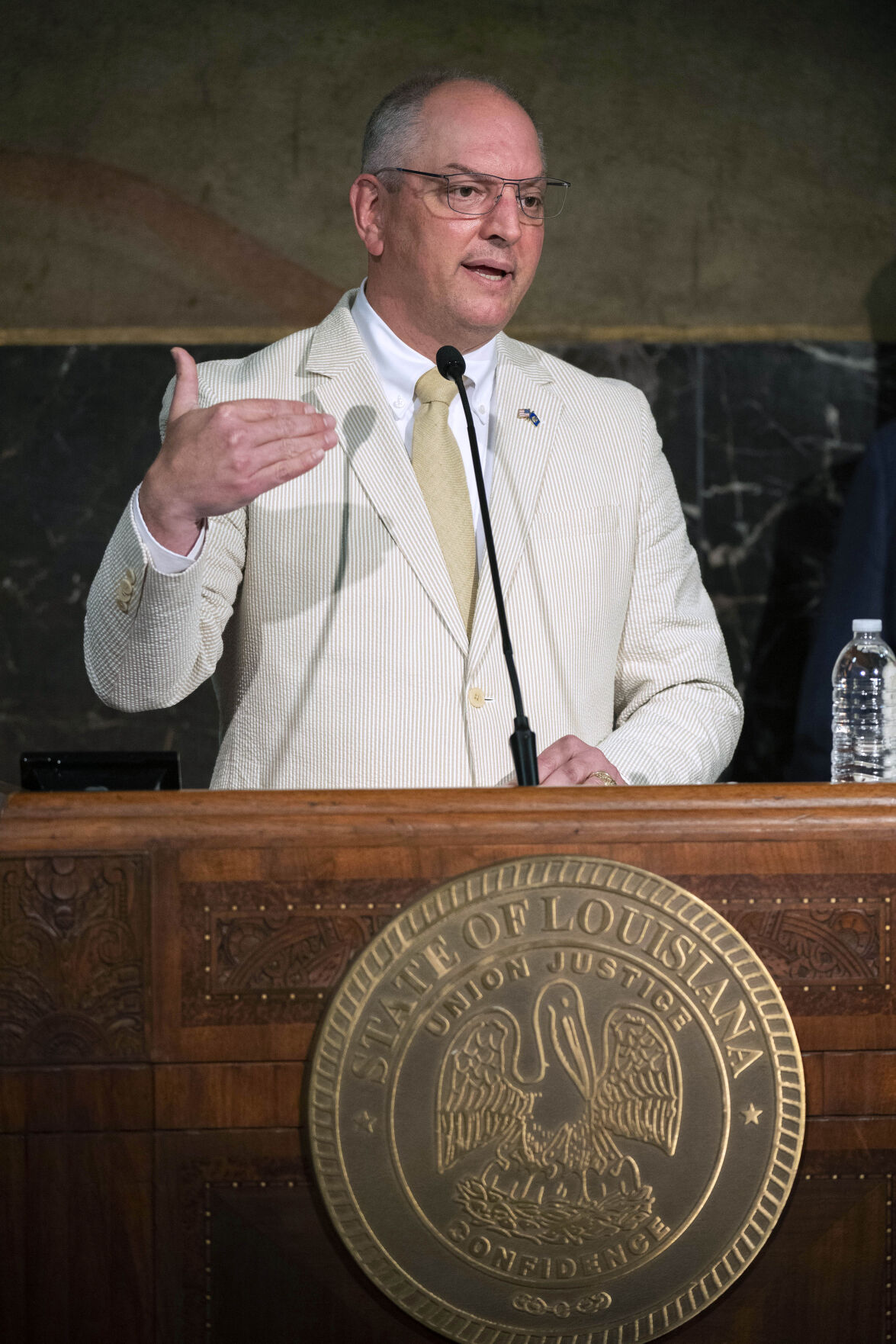 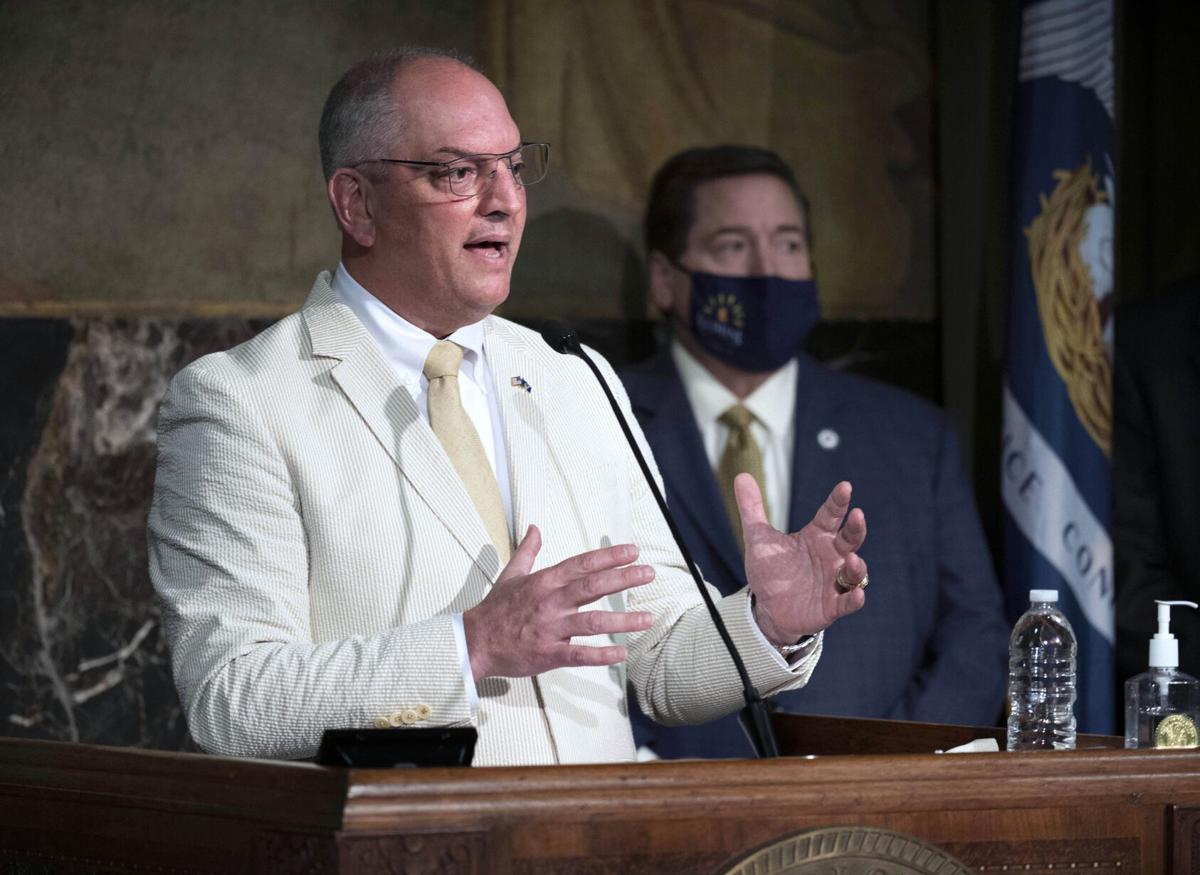 Gov. John Bel Edwards unveiled his plan Thursday for how to spend $1.6 billion in federal coronavirus relief with a proposal that focuses on kickstarting tourism, investing in infrastructure and replenishing Louisiana's depleted unemployment fund.

The funds are only half of the $3.2 billion Louisiana ultimately expects to receive from the American Rescue Plan. The second tranche of dollars will be distributed over the next two years, with a 2024 deadline to draw down the funds.

"Even though $3.2 billion sounds like, and in fact, is a lot of money, if we want to have transformative, positive change in our state, you can't do everything, and you can't cut this pie into 100 pieces and think you're going to make a significant improvement anywhere," Edwards said.

Edwards said he wanted to avoid triggering an automatic tax increase on employers by investing $400 million in the state's Unemployment Trust Fund. He also proposed setting aside $230 million to reimburse the federal government for loans the Workforce Commission began taking out when the fund bottomed out in October.

"I don't believe it's ever a good thing to have a tax increase when you're trying to grow your economy coming out of a pandemic," Edwards said.

Under Edwards' plan, which will require approval from the GOP-dominated Legislature, another $400 million would go toward infrastructure projects in an attempt to make a dent in the state's $14 billion backlog of road and bridge projects.

Edwards hopes to team with local governments — which are set to get $1.8 billion from the federal stimulus on their own — to revamp sewer and water systems across the state. He noted that over 50% of Louisiana's water systems are more than 50 years old and said he'd like to see $300 million go towards a grant program to upgrade local drinking water and sewer systems.

Edwards said $300 million won't be nearly enough to solve the state's water and sewage problems, but said that paired with local dollars, and the potential for more federal funds through an infrastructure bill, this is a historic investment opportunity.

"This is a once-in-a-hundred year opportunity to make significant advances in water and sewer, which is a tremendous problem all across the state in Louisiana," Edwards said.

To aggressively market Louisiana, Edwards wants the Department of Culture Recreation and Tourism to receive $20 million, with another $125 million for local convention and visitors bureau.

"This is incredibly important for jumpstarting our economy and getting more customers into our businesses," Edwards said, adding that Louisiana lost more than $5 billion in tourist spending over the last year.

Edwards said there is not a better return on any investment the state makes than what is put into ports, proposing $50 million to replace revenues lost by inland and deep-water ports during the pandemic.

“Many of our ports lost revenue due to the loss of business, companies collapsing, and extraordinary costs to ensure the safety of the essential workers that never stopped moving our country’s supply chain," said Jennifer Marusak, the executive director of the Port Association of Louisiana.

Edwards said, as always, there's room to compromise on how to spend these dollars, but warned against splitting it up on pork barrel projects that won't marshal the full magnitude of the funds.

"One of the things that I think we should all try to guard against is having everybody's pet project, pet initiative, funded from these dollars because then you're not going to have the transformative impact anywhere," Edwards said.