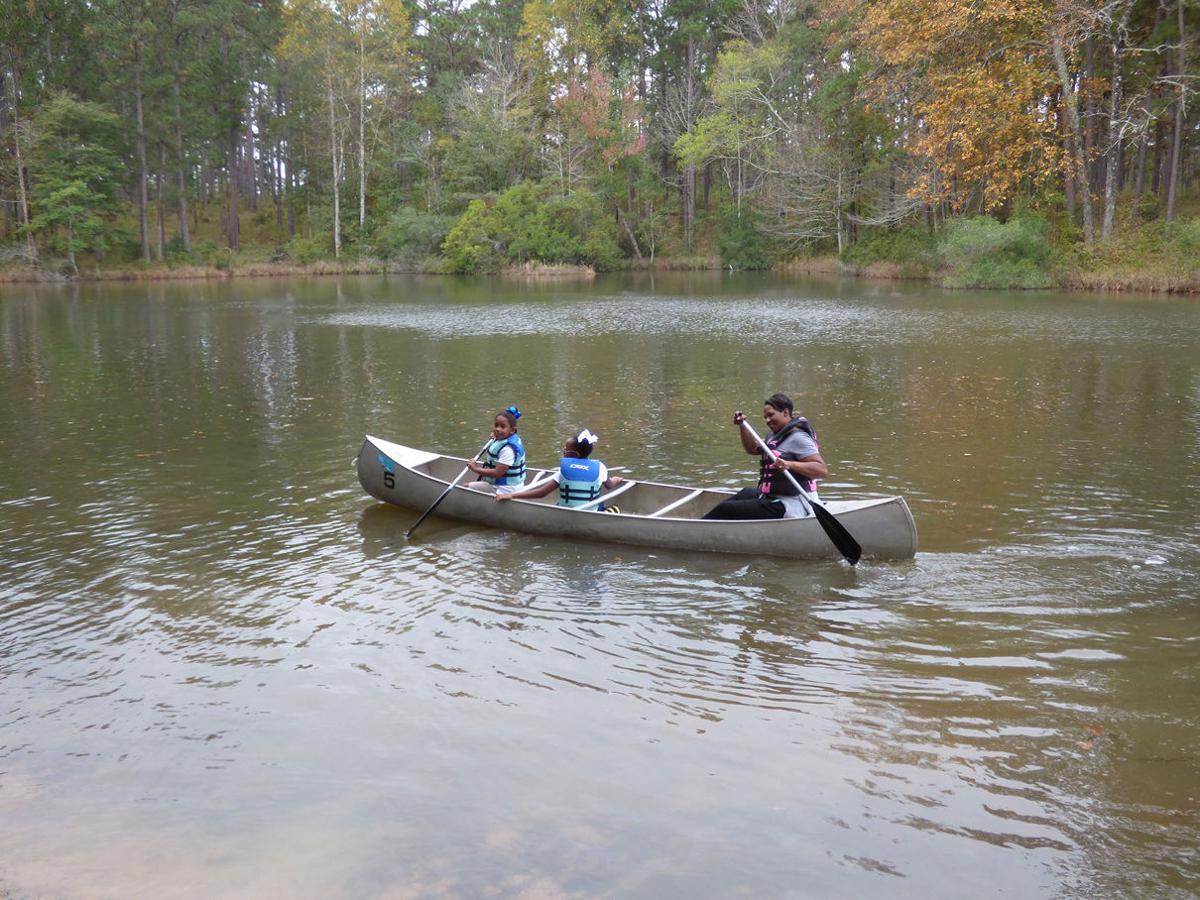 Families can enjoy a day of activities, including canoeing, at this year’s Fall Festival and Duck Derby at Camp Whispering Pines.

Families can enjoy a day of activities, including canoeing, at this year’s Fall Festival and Duck Derby at Camp Whispering Pines.

Louisiana Girl Scouts are lobbying legislators to provide state funding for a project at their Tangipahoa Parish camp.

And they’re questioning why the Boy Scouts got approval for their project in the state’s capital outlay bill while the Girl Scouts didn’t.

“Right now, the message our girls are getting is that they are not a priority, but the Boy Scouts are,” said Mary-Patricia Wray, of the Girl Scouts Louisiana East.

Some of the girls were calling representatives Tuesday and some will visit the State Capitol.

The Girl Scouts Louisiana East Facebook page includes the phone numbers and email addresses of legislators along with a suggested script, which includes: “I am asking for equal treatment. Our project should be added to the bill and when you have a chance to do so on the House Floor please support the same amendment you did for the Boy Scouts for me.”

The Facebook post also asked the girls and their parents to contact Gov. John Bel Edwards. Richard Carbo, the governor’s deputy chief of staff, said in a text, “He is supportive of the funding.”

State Rep. Julie Stokes, R-Kenner, had asked on Monday for the House Ways & Means Committee to add $850,000 for the Girl Scouts in the highest priority section of state’s construction budget.

The money would be used to make repairs on the lake at the Girl Scout’s Whispering Pines camp. The manmade lake – used by the girls for swimming, canoeing, and other water-based activities – is threatening to empty into the Tangipahoa River, which could cause flooding downstream.

The camp serves 14,000 girls and is used by area churches and other groups.

When Stokes ran into opposition on the committee, she decided to withdraw the amendment. She plans to bring it up again on Monday, April 30, when the full House considers the capital outlay legislation.

Nathalie Roy Mitchell, a troop leader in Baton Rouge, said she spent much of Tuesday emailing legislators. “My girls camp three or four times a year and that lake is an integral part of every visit,” she said. (Mitchell is the wife of an Advocate employee.)

Much of the discussion during Monday’s House Ways & Means hearing revolved around equity and the Boy Scouts.

Moments before taking up Stokes’ amendment, the committee voted without comment to move $780,000 to the highest priority. That money would be used by a Boy Scouts affiliate to build a base camp in AtchafalayaBasin swamp.

The Evangeline Area Council of the Boy Scouts is expanding the five day/four-night experience. Scouts from around the country canoe on a 70-mile trek through, spending the night at camps.

Ben Pierce, director of the swamp base, said Louisiana Swamp Base is building a complex of classrooms, orientation center, and a science facility, which would allow non-scouts to also access the environment, wildlife and culture of AtchafalayaBasin.

“We wouldn’t like to see the money taken away,” Pierce said.

House Bill 2 is the state construction legislation that authorizes a wide variety of projects – from updating drinking water infrastructure to building playgrounds – to receive funding upon the sale of state bonds. In the past, the capital outlay bill is crammed so full of pet projects that the state can’t possibly fund them all, leaving the governor to decide where the available money will go.

Ways & Means Chair Neil Abramson, D-New Orleans, has been pushing to keep the projects more in line with the money and borrowing capacity available.

This year some legislators have been opposing the addition of projects by nongovernmental organizations. Though not opposing either project, Rep. Phillip DeVillier said during Monday’s hearing that state shouldn’t be funding projects that in the end are not owned by taxpayers. The Eunice Republican has sponsored legislation to change the historic procedures for selecting the projects that will be funded.