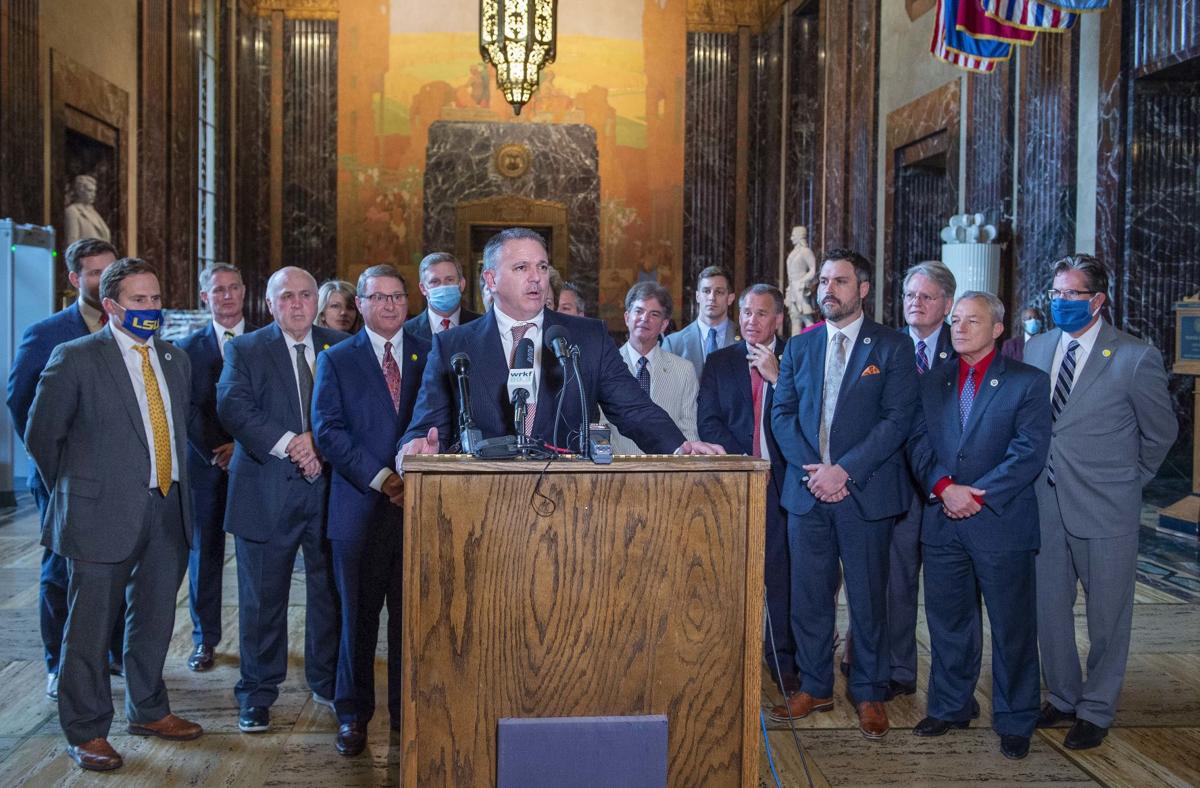 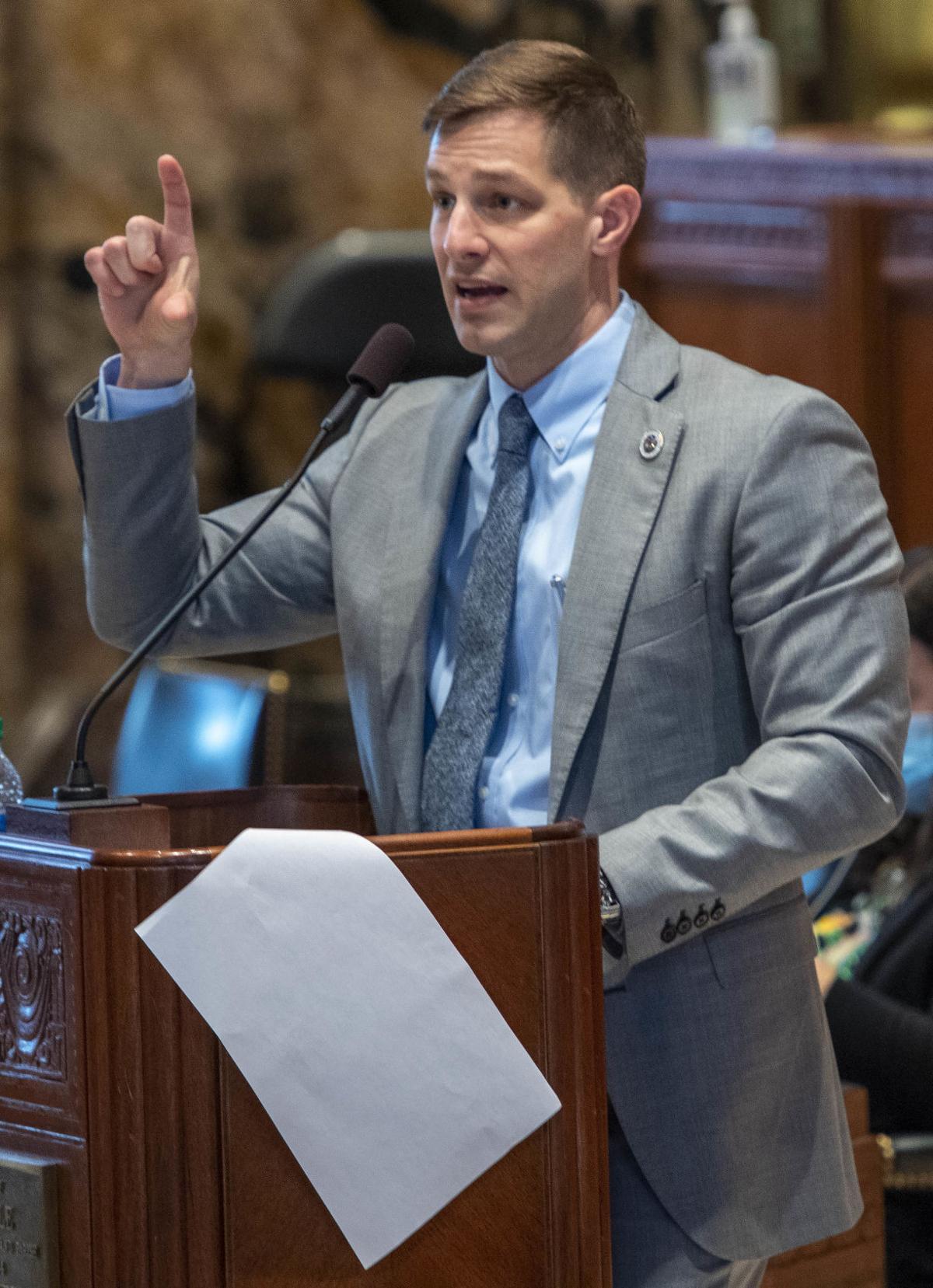 Though debate and negotiations had gone on for years, a deal on legislation to limit civil trials in hopes of lowering auto insurance rates didn’t really make progress until the final days of the Louisiana Legislature’s special session.

Gov. John Bel Edwards, as promised, signed the Civil Justice Reform Act of 2020 that changes how courts will operate when considering injuries caused in car crashes. He announced signing House Bill 57 on Thursday without fanfare. The new law becomes effective on Jan. 1.

The measure has been long sought by business and insurance communities that claimed Louisiana’s civil justice system promoted the lawsuits that helped drive up insurance rates to some of the highest in the nation. But judges, lawyers and medical providers countered that significant harm to civil jurisprudence would be caused by the changes wanted, including stressing the resources of the courts, limiting injured individuals’ recoveries, and upsetting traditional procedures – all without any guarantee that insurance rates would fall.

“The Civil Justice Reform Act of 2020 will create a major change in how the public and business leaders across the country perceive Louisiana’s business climate and should help reduce the cost of insurance,” House Speaker Clay Schexnayder, R-Gonzales, said in a text Thursday after learning that the bill he sponsored had been signed into law.

“The passage of the Act was a complete team effort involving input from a cross-section of attorneys, judges, businesspeople and citizens primarily led by Rep. John Stefanski,” Schexnayder said.

After all the effort, however, Sunday night, June 28, just two days before back-to-back sessions were set to adjourn on Tuesday, June 30, no agreement had been made on the bill that supporters called tort reform. After the House and Senate retired for the night, a group headed up to windowless conference room between the 4th and 5th floor of the State Capitol.

“It was the first time since we started on tort reform two years ago that we all sat down in the same room,” said state Sen. Jay Luneau, D-Alexandria and a lawyer who represents injured individuals seeking recompense from insurance companies.

There had been meetings before, plenty of them, but never had all the interests gathered together in one place with the governor to cobble out a deal as they did that Sunday night.

Surprisingly, after about two hours, everyone agreed on the main points, except one. That one issue, called collateral source, remained.

A complex legal theory, collateral source has different effects on different interests. It's not easy to find a balance that addresses one party's desires without harming a another's who is not really involved in the effort lower auto insurance rates, such as medical providers who operate in a world where a good many people have no insurance and a lot more have inadequate coverage.

It was a last minute addition to the collateral source wording on June 1, the last day of the regular session, that turned out to be a fatal error and doomed a sweeping Omnibus Premium Reduction Act. When the special session gavelled in about a dozen do-over tort reform bills were introduced for special session.

Three measures were still in play as the special session was heading for a June 30 ending. Schexnayder's measure was the furthest along in the process and was the only that had support enough among Republicans and wording that was close enough to what Democrats would accept.

A lot of the Republican legislators had run last fall on promises of passing tort reform and after two legislative sessions were hours away from going home without a bill in hand. There had been talk of a possible override if Edwards vetoed. But neither side was sure they could win that fight.

“The most logical choice was to draft a bill that would accomplish what we want, that the governor would sign,” Stefanski said.

They decided to move the legislation Monday without addressing collateral source. The Senate agreed. Then, House Bill 57 was rushed across Memorial Hall.

Literally, minutes before the compromise wording was presented to the House for a final vote, state Rep. Alan Seabaugh, a Shreveport Republican who also represents insurance companies in lawsuits, had trouble with some of the wording. Some legislators feared Seabaugh was trying to derail the legislation.

“He does have a reputation as a bomb thrower, but that’s not what my relationship is with him,” Stefanski said. “He knows this stuff backward and forward … I trust him."

“I did not think it was going to work on Monday. We didn’t think we have a bill that we thought the governor would sign,” said state Sen. Barrow Peacock, the Bossier City Republican who handled tort reform legislation in the Senate.

Stefanski worked on fixing the wording until about 9 p.m. Monday night. Then he took another stab at collateral source, which is a legal principle nearly 150 years old, that generally holds people shouldn’t be penalized for buying healthcare insurance enough to cover their injuries in wrecks they didn't cause. Auto insurance companies argued that they shouldn’t be held responsible for what doctors and hospitals charge for treatment, when those medical providers sometimes accept less if they have contracted with the injured plaintiff’s healthcare insurance carrier.

Supporters call the difference between what is charged and what is paid, "phantom damages." But within that difference comes the money to reimburse the costs injured person pays to pursue recalcitrant insurance companies as well as the cost of buying the medical insurance policy whose purchase is now helping the defendant driver who caused the accident.

Matthew Block, Edwards’ executive counsel, gave Stefanski a framework of what was acceptable to the governor. What they came up with was a way for judges to look at all the various costs and to apply part of the difference to the injured person's damage award.

Generally, if treatments cost, say, $100,000 but medical providers are contracted to accept $30,000, the remaining $70,000 in this example can be paid to the injured party under current law. After Jan. 1, judges will be required to do the math and award 40% of the $70,000 difference to the injured party – what the governor wanted. But if after reviewing the documentation supporting that amount indicates less should be paid, the judges shall reduce the 40% award – what the auto insurers wanted.

“Fact of the matter, it’s the most simplistic language that we could all agree upon,” Luneau said.

“I would have rather 'may' instead of 'shall.' But governor’s side wanted 'shall' and they agreed to the provision to reduce and that did it,” Peacock said.

The Civil Justice Reform Act also lowers the “jury threshold” – the amount sought that triggers having a jury decide rather than a judge – from $50,000 for a case to $10,000. Supporters wanted $5,000 saying the threat of jury trial would incentivize more settlements. HB57 sets rules and procedures for demanding a jury trial, including requiring a cash bond for the party requesting one.

The new law also repeals the two sentences in state law that forbids using failure to wear seatbelts as a way to reduce what is owed for injuries caused in a car wreck. Whether the injured person was wearing a seatbelt now would be allowed into the trial.

And the legislation also would forbid the mentioning of the defendant driver’s insurance company and policy except at the beginning and end of the trial. Insurers argue that juries tend to render higher awards when they know that an insurance company will be paying, instead of an individual.

The bill also excludes these changes on lawsuits claiming medical malpractice and those against local and state governments.