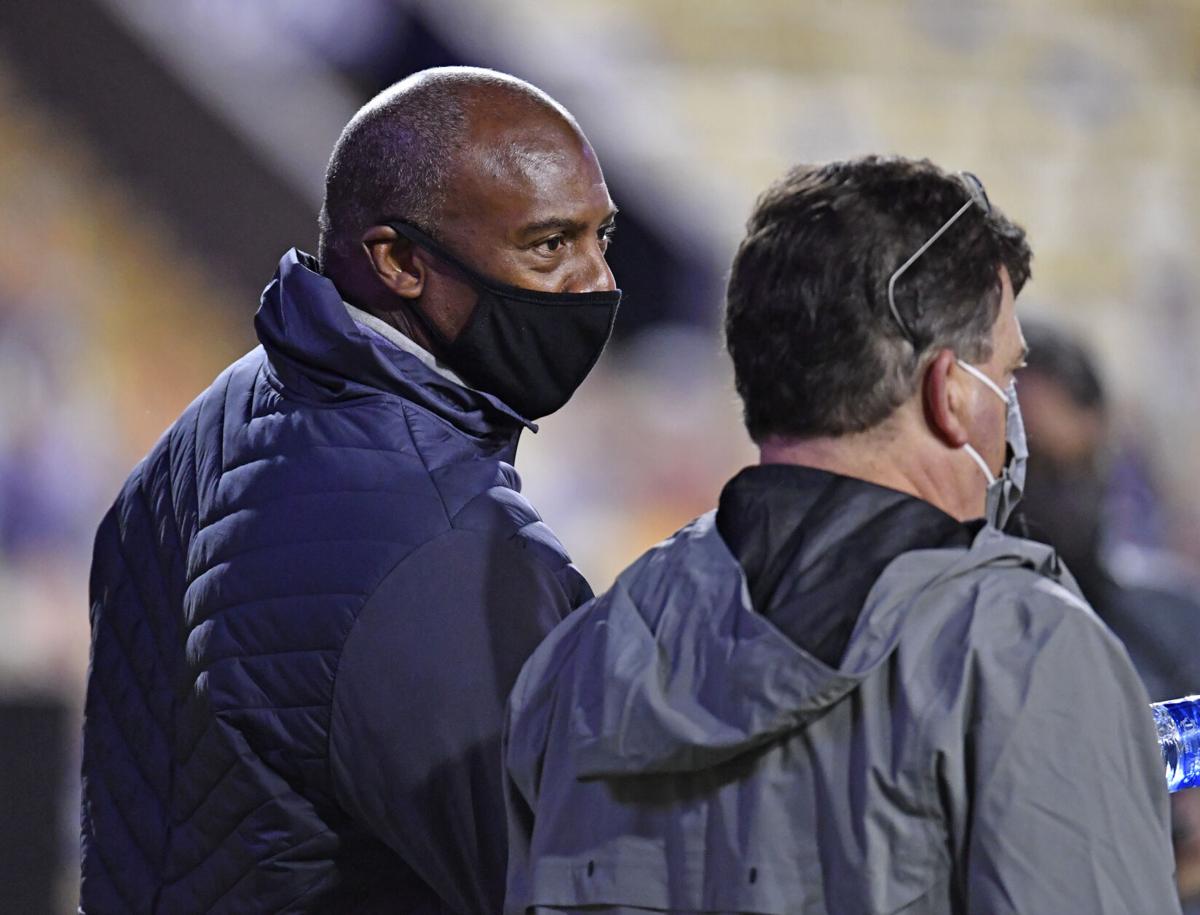 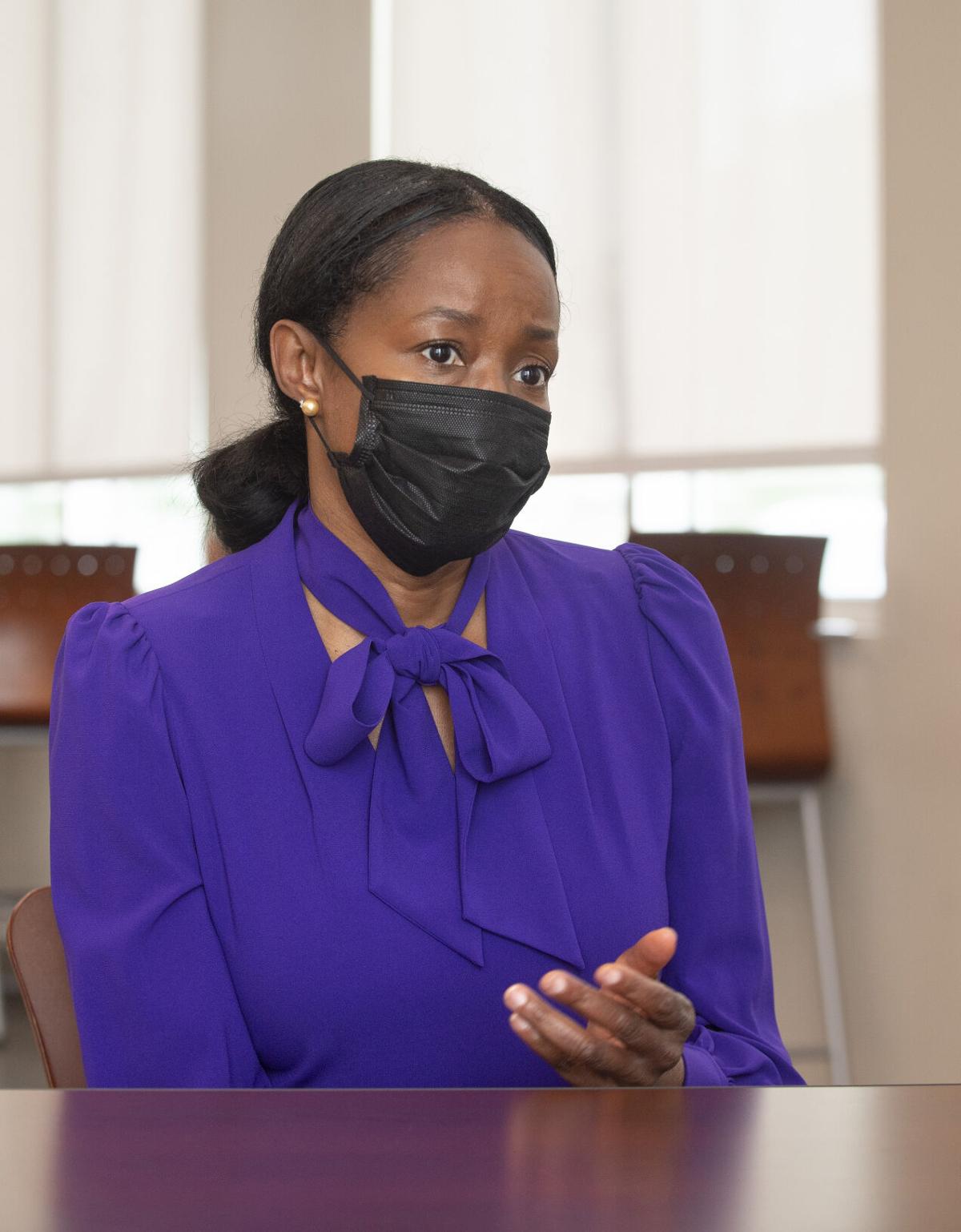 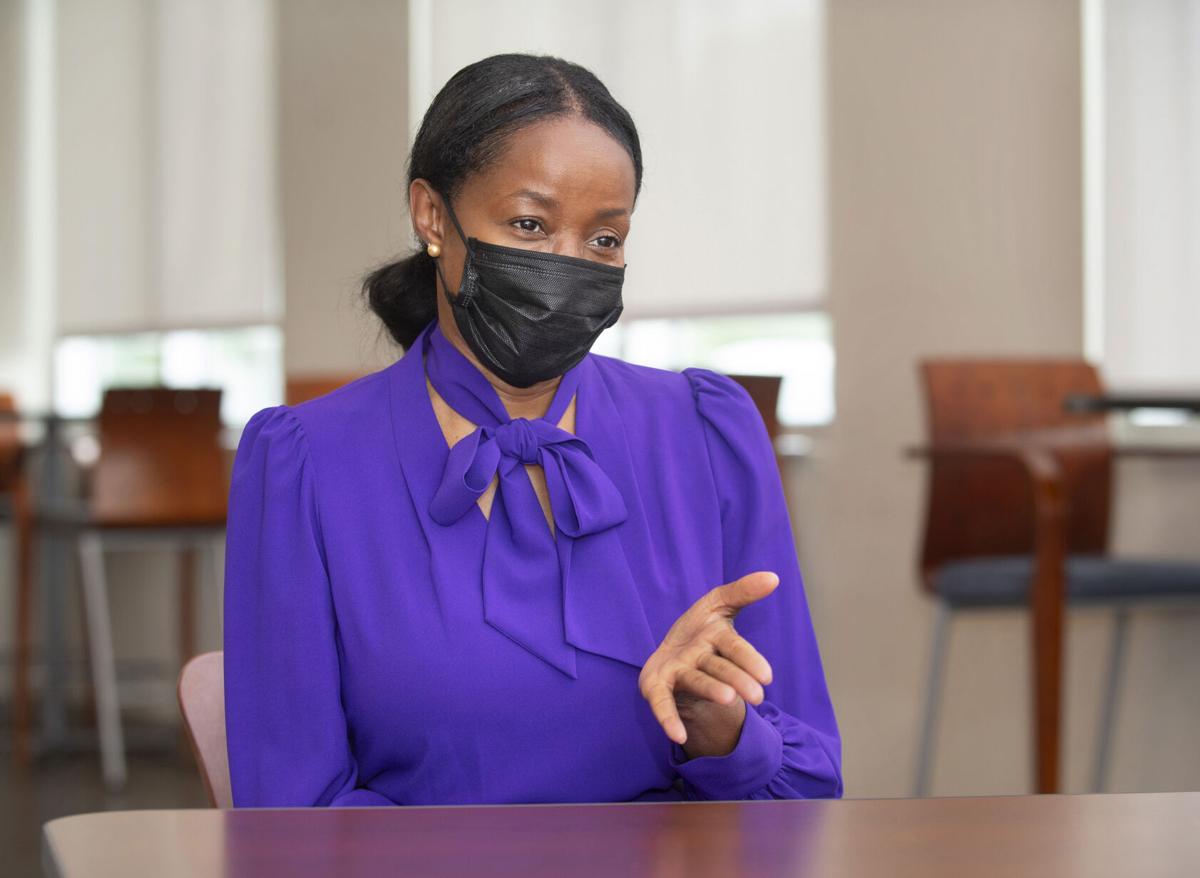 One after the other, all 10 LSU staffers, board members and lawyers who were asked to testify Thursday before the Senate Select Committee on Women and Children have declined their invitations, instead sending statements that offer few answers as the committee tries to get to the bottom of a sexual assault scandal rocking the state's flagship university.

By late Tuesday, it had become clear that most of the officials summoned to testify would not appear in person, as four Athletic Department officials and others sent in letters instead — some trying to explain answers to questions the committee might have posed, others simply sending their regrets. Then, on Wednesday, LSU's top attorney wrote the committee that "it would not be prudent for persons associated with LSU to provide testimony under oath" because they face legal threats.

His letter shut the door on potential testimony from LSU board members, including former LSU Board Chairman James Williams and LSU Board of Supervisors Executive Director Jason Droddy. Both had been expected to testify in person. None of the 10 people originally listed as witnesses on the committee's agenda are expected to show up Thursday at the Capitol.

"We hope that you and the committee understand that the university has attempted to be as cooperative as possible by providing unprecedented information in its recent internal investigation and almost 14 hours of testimony in the two prior hearings," wrote Winston DeCuir, LSU's general counsel.  "However, at this time, I must advise my client to take all prudent steps to defend these legal claims. Allowing persons who will inevitably be witnesses in to testify under oath on facts related to these claims, is simply not a prudent risk."

Among those expected to be named as defendants in the suits: LSU Athletic Director Scott Woodward, head Football Coach Ed Orgeron, Executive Deputy Athletic Director Verge Ausberry and Senior Associate Athletic Director Miriam Segar. All four were invited to testify before the Senate committee; each sent a letter Tuesday declining the invites.

DeCuir's statement echoed one Tuesday from Baton Rouge attorney Mary Olive Pierson, who is representing Segar. Pierson wrote to the committee that she had advised Segar against testifying, citing Lewis' impending lawsuit.

Segar and Ausberry were the two LSU employees disciplined in the wake of the release of the Husch Blackwell report on sexual misconduct. LSU suspended Segar for 21 days after the law firm found that she committed an error in 2016 by keeping former star running back Derrius Guice's name off a report of rape from a member of LSU's swimming and diving team. Pierson argued that Husch Blackwell misrepresented Segar in its investigation.

The committee had also summoned Vicki Crochet, the attorney at Taylor Porter who performed the 2013 sexual harassment investigation into Miles. Crochet submitted a letter in lieu of testifying as well, writing that her "ethical and legal duties that prohibit me from sharing information about Taylor Porter's representation of LSU." She wrote that both Miles and the student who accused him of sexual harassment demanded "absolute privacy."

"Furthermore, though we found that he acted inappropriately, Les Miles adamantly denied most of the allegations," Crochet wrote. "The complainant and her lawyer were consulted throughout our review and agreed with the corrective measures that were implemented by LSU. We stand behind our analysis and the thorough work we did for LSU."

Droddy, who is LSU's former legislative liaison, had written to the committee last week asking for more details on the types of questions members wanted to ask him. He said that since the committee requested testimony on cases going back a decade, he wanted to refresh his memory.

But Droddy sent a follow-up letter Wednesday saying he could no longer testify.

"While I feel obligated to appear before the committee, it is now a matter of public knowledge that the university is being sued by an employee," Droddy wrote. "The LSU general counsel has also submitted a letter to you on the issue. University counsel has advised against testimony while litigation is pending or ongoing."

Both Ausberry and LSU's Title IX coordinator, Jennie Stewart, wrote that they would be out of town as the committee hearing conflicted with spring break vacations.

Ausberry, whose 30-day suspension from LSU concluded this week, received a text message in 2018 from a football player who admitted to hitting his girlfriend.  Ausberry did not report it to police or Title IX, and the player went on to abuse his girlfriend for several more months, breaking into her apartment and nearly strangling her one night.

"I have fully cooperated in the university’s investigation, and I agreed to abide by the discipline imposed by LSU," Ausberry wrote in a brief letter. "I look forward to working with the university to implement the recommendations of Husch Blackwell, and if a future opportunity arises, would be happy to discuss the path forward and answer any questions."

Stewart wrote that she is out of state on a "long-planned vacation to visit family and celebrate the holiday."

"My apologies for being unable to appear at this time," Stewart wrote.

Two months after the U.S. Department of Education launched an investigation into how LSU reports and investigates crimes on campus, the same f…

Stewart is named dozens of times in the Husch Blackwell report. While Husch Blackwell found that her office failed to follow federal laws and best practices for probing allegations of sexual misconduct, the firm also found that the office was severely underfunded and under-resourced, and that Stewart had sounded the alarm about those deficiencies. Stewart has not spoken publicly about the report.

LSU Board of Supervisors member Ronnie Anderson, who last week was replaced on the board, said he will not be able to attend the committee hearing because he is still recovering from coronavirus, which hospitalized him for months.

Anderson credited the board for hiring Husch Blackwell to investigate LSU’s handlings of sexual misconduct cases and said interim LSU president Tom Galligan “is following through with the recommendations made” in the report.

“As I am no longer a member of the LSU Board of Supervisors,” Anderson wrote. “I trust the board will follow through and implement the findings of Husch Blackwell as stated in the Title IX Review.”

Anderson, who had served on the LSU board since 1997, was replaced by Laurie Lipsey Aronson, Gov. John Bel Edwards announced last week. Anderson said in an interview that he was worried about the LSU board losing representation from those in the agricultural backgrounds.

Read the full letters below. 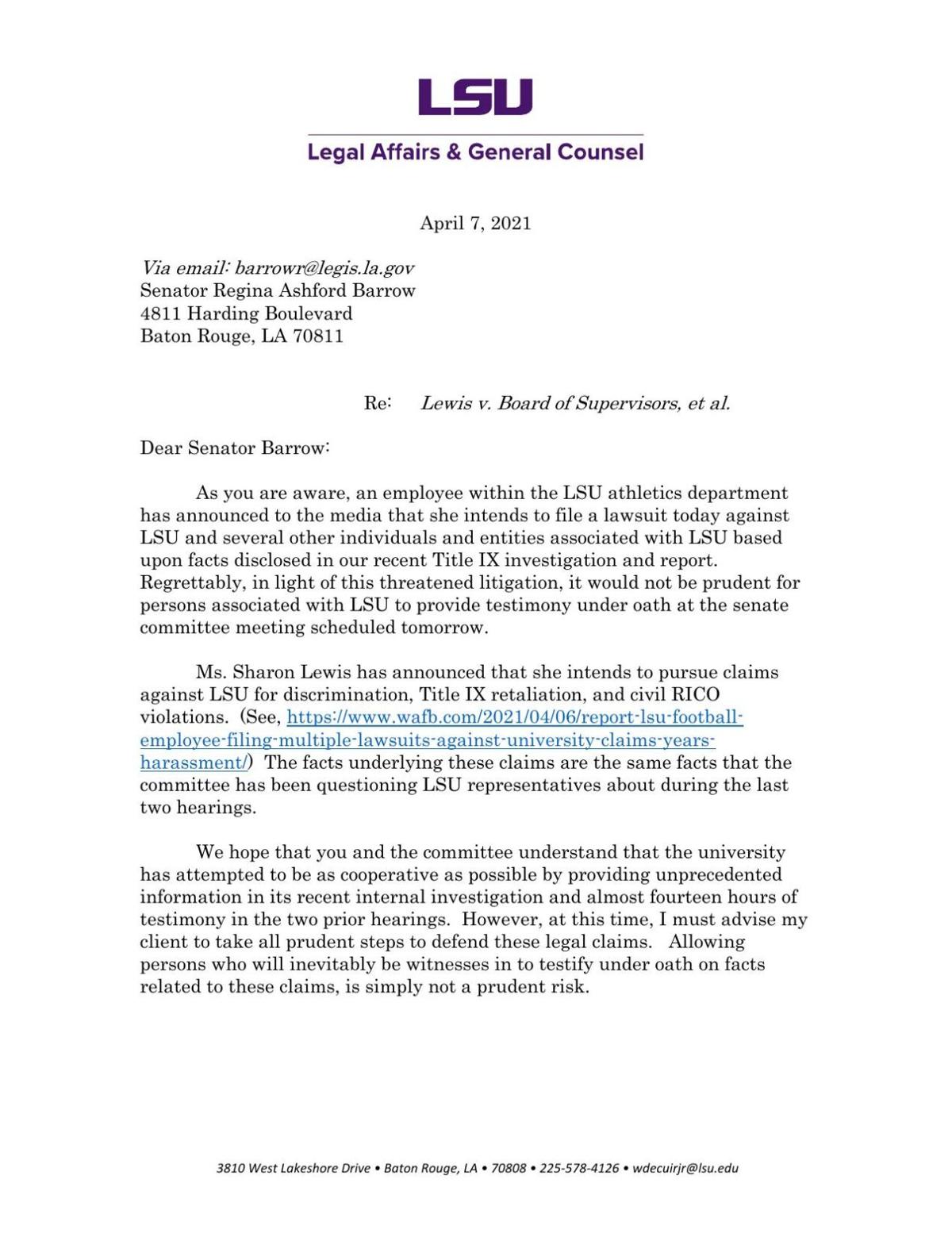 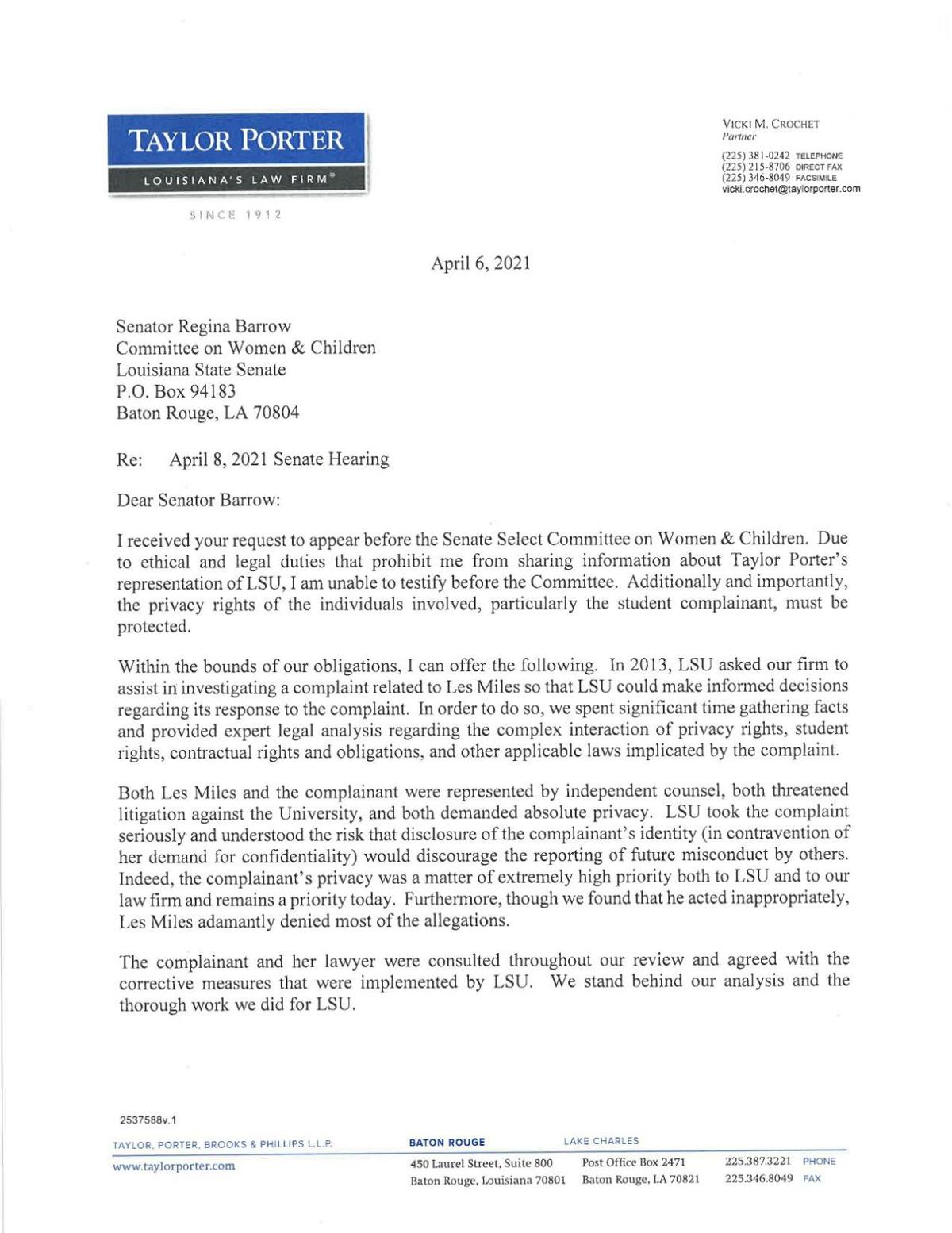 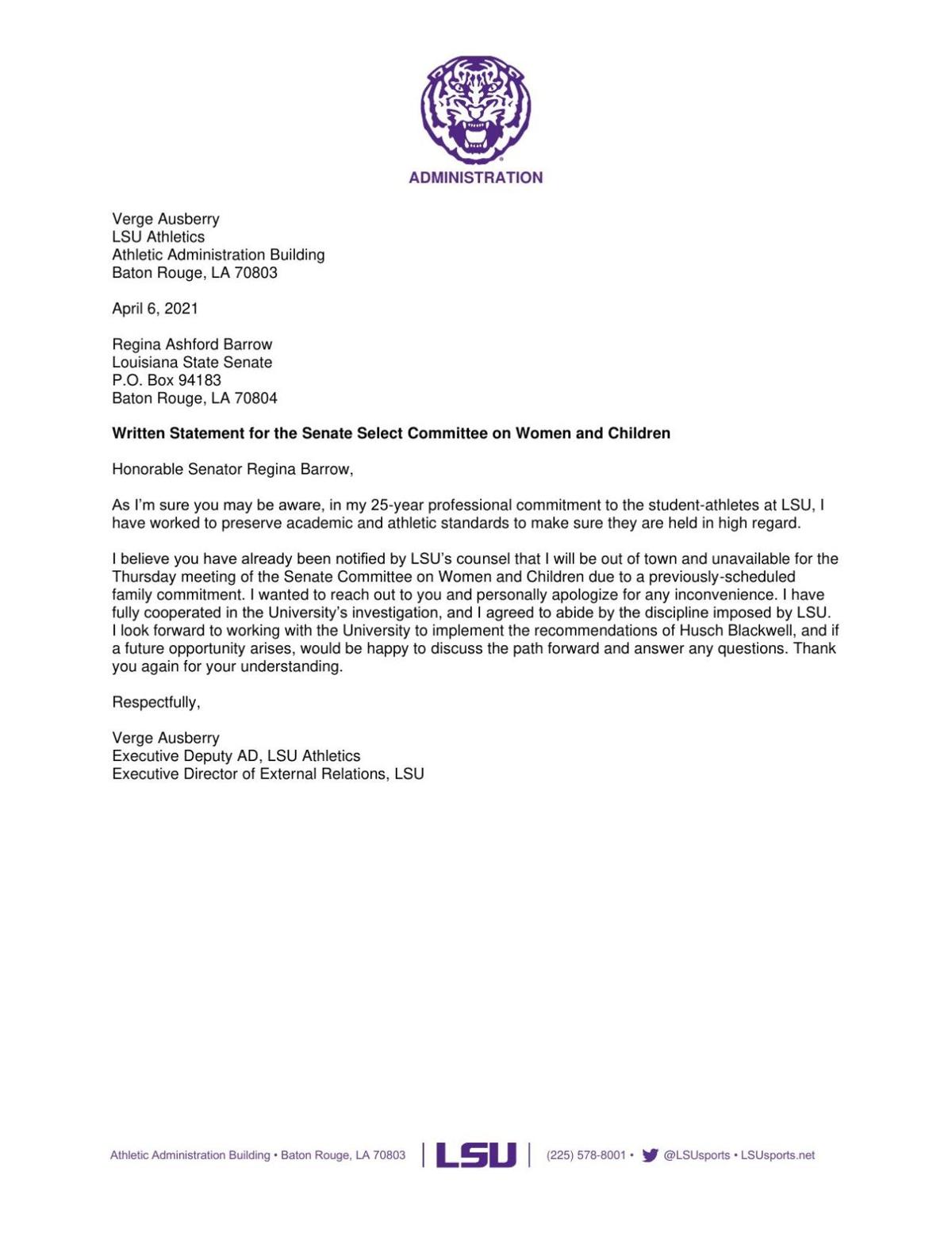