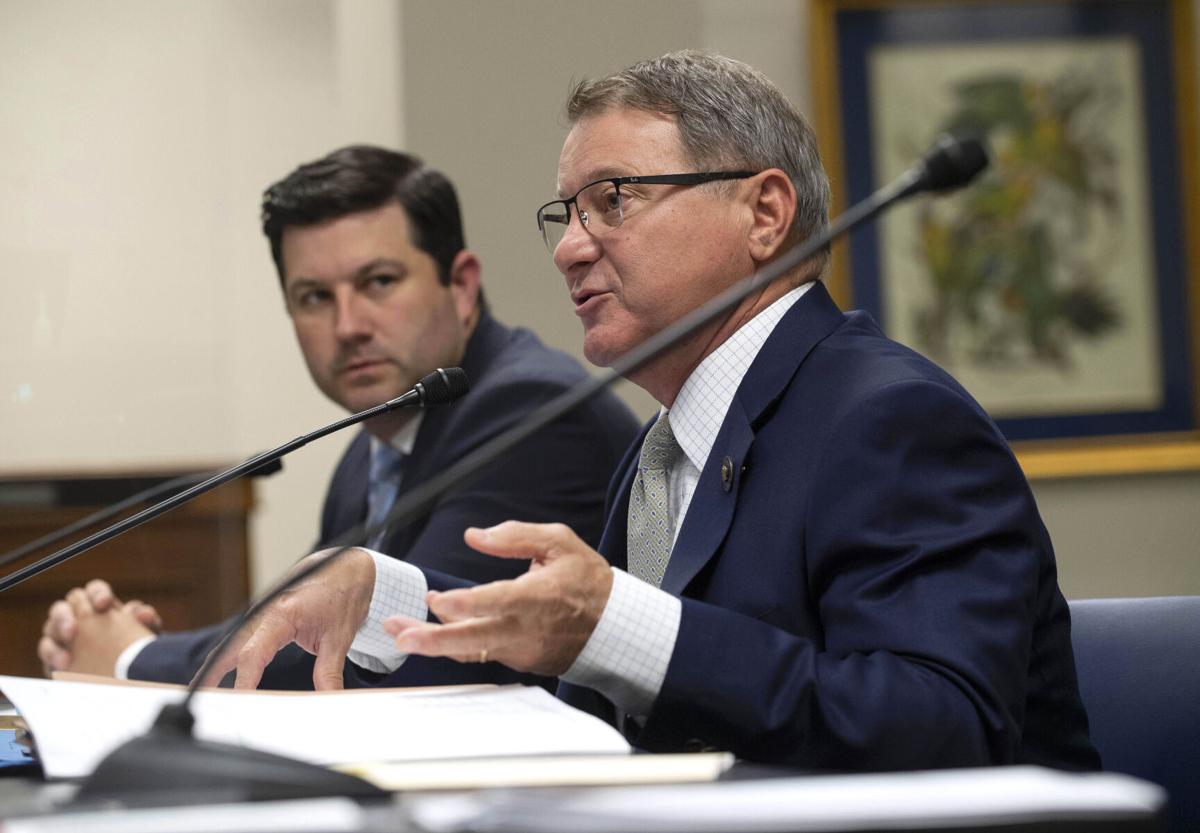 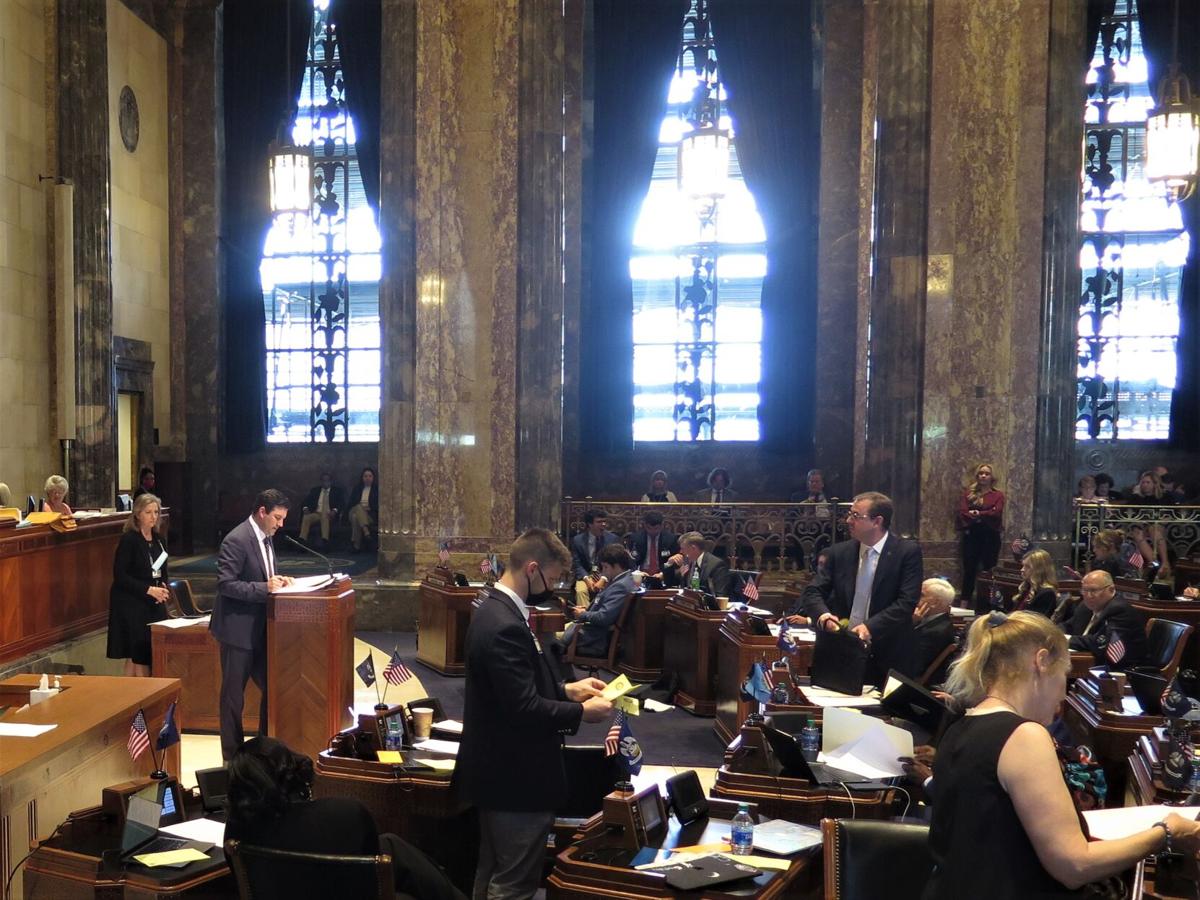 Sate Sen. Rick Ward, R-Port Allen, presents the legislation to the state Senate in May 2021.

Sate Sen. Rick Ward, R-Port Allen, presents the legislation to the state Senate in May 2021.

But Louisiana does need more money to repair and maintain state highways and bridges that are facing a $14 billion backlog of work. And that near half cent addition that made state sales taxes 4.45 cents per dollar seems like a more realistic way to raise the necessary revenues than passing a tax on gasoline, he added.

On Wednesday, Ward took the wording from a House bill and amended it onto legislation that set up taxes and fees for the use of smokable marijuana for therapeutical reasons. The legislation needs to first be vetted by the Senate Finance Committee, which meets again noon Tuesday, June 1, then receive at least 26 votes from the Senate. It’ll then need to return to the House, where 70 representatives must agree before Gov. John Bel Edwards would decide whether to sign it into law.

Medical marijuana in Louisiana: Smokable form approved in Senate; next stop is governor

Louisiana medical marijuana patients will likely soon be able to access the raw, smokable form of the drug, after the state Legislature agreed…

But with Senate President Page Cortez on board, Ward says he’s confident the legislation will clear its various hurdles in the remaining days before the Legislature adjourns at 6 p.m. June 10.

Basically, the wording started out as House Bill 693, by Rep. Paula Davis, the Baton Rouge Republican who brokered the deal in 2018 to use the increased sales tax as temporary way to balance a budget that was about $1 billion in the red. She and others promised at the time that the higher bit of the state sales tax would roll off in  2025, when a new governor would take over.

In her HB693, Davis extended the sunset date to 2031 and proposed using more of the funds each year to shore up resources for fixing and expanding roads.

Most of the debate in committee was about the list of projects in the first section of the bill and very little about the funding section. Davis didn’t respond to questions and requests for comment on Thursday

Following an hours-long flurry of back-room deliberations, Louisiana’s Legislature on Thursday approved a multi-billion spending plan for next…

Though undiscussed by legislators, HB693 caused an unusual pairing of the right-wing Americans for Prosperity and left-wing Louisiana Budget Project in shared opposition to the measure, mainly because while all the talk was about infrastructure, most the bill's language was about a six-year extension of what was supposed to be a temporary tax.

Ward, however, is not playing down the sales tax component.

He said Thursday he had hoped the Davis legislation would have provided the revenues and focus.

But HB693 sat on the House calendar for three weeks. The House was in turmoil over the month-long controversy about whether Rep. Ray Garofalo should remain as chair of the Education committee after inadvertently saying slavery was good. (He was officially removed as chair on Wednesday.) “We knew anything requiring two-thirds vote was going to be a problem,” Ward said.

Senate leaders used House Bill 514 on medical marijuana as the vehicle to raise hundreds of millions of dollars for highway projects, such as a new Interstate 10 bridge over the Calcasieu River in Lake Charles, upgrades to U.S. Hwy. 90 through bayou country to create an interstate link from Lafayette to New Orleans, a new I-10 bridge over the Mississippi River in Baton Rouge and other projects.

More to the point, Ward said, making permanent the .45-cent increase would provide the state a continuing source of revenues to fund repairs and maintenance on roads and bridges projects.

“It’s either this or we need to stop telling everyone that infrastructure is important to us,” Ward said.

The leaders of three teacher groups said Tuesday they are disappointed and angry that Louisiana lawmakers have backed off $1,000 pay raises af…

The .45 of a cent per dollar raises about $380 million annually. Come 2025, the abrupt loss of that money becomes a cliff that creates great stresses for whomever has to balance the budget then, Ward said.

“We needed to figure a path to a soft landing,” he added.

The plan, Ward said, is to take money from the additional near half cent in larger and larger amounts from the state general fund year after year and direct those dollars into a fund dedicated to help paying for repairing roads and bridges.

“If we continue to push the ball down the road and wait for some other possibility to come along to fund our infrastructure, all we’re going to hear is ‘I went to Texas last week and they’ve got some great roads,’” Ward said.

Though one committee member kept pointing out that the state annually spends more on Hollywood than on fixing roads, the Louisiana Legislature…