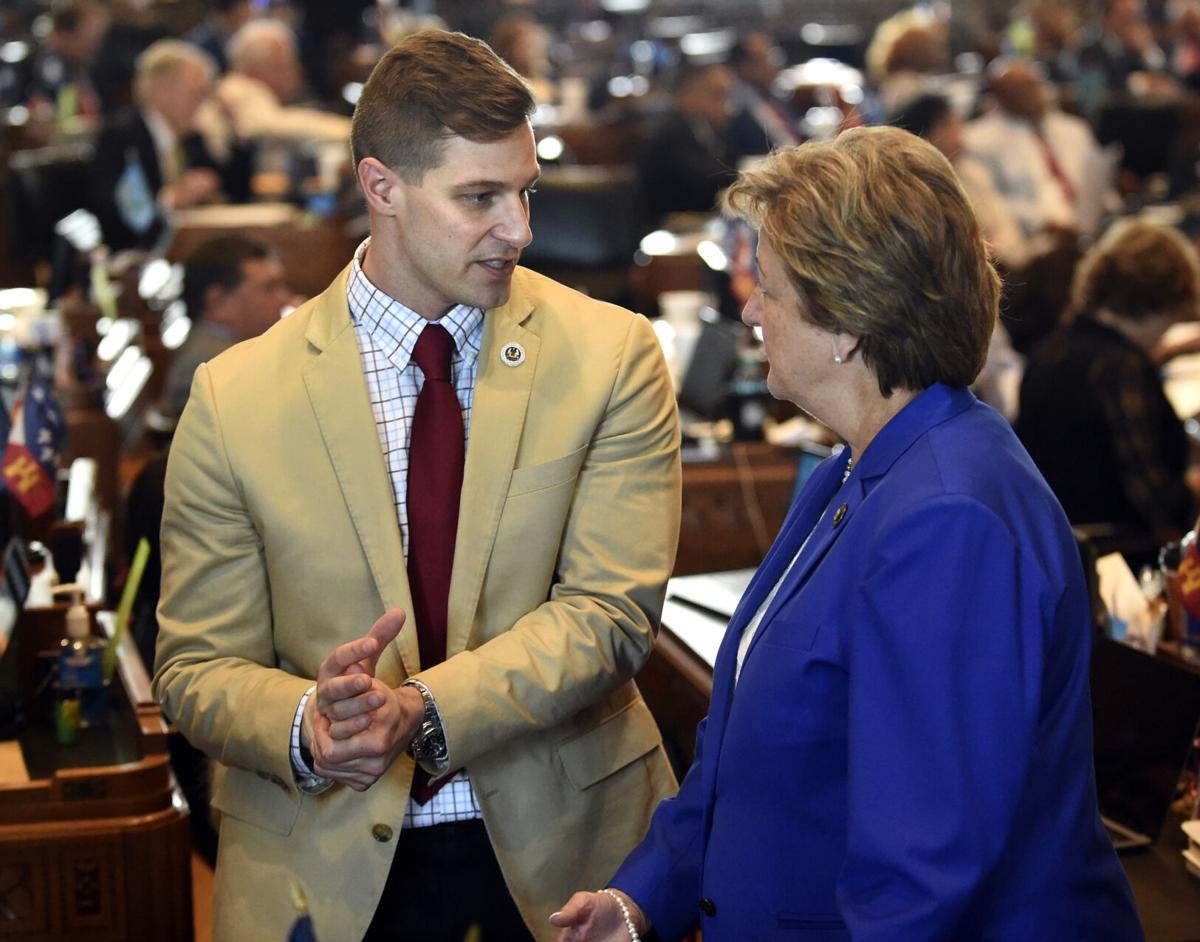 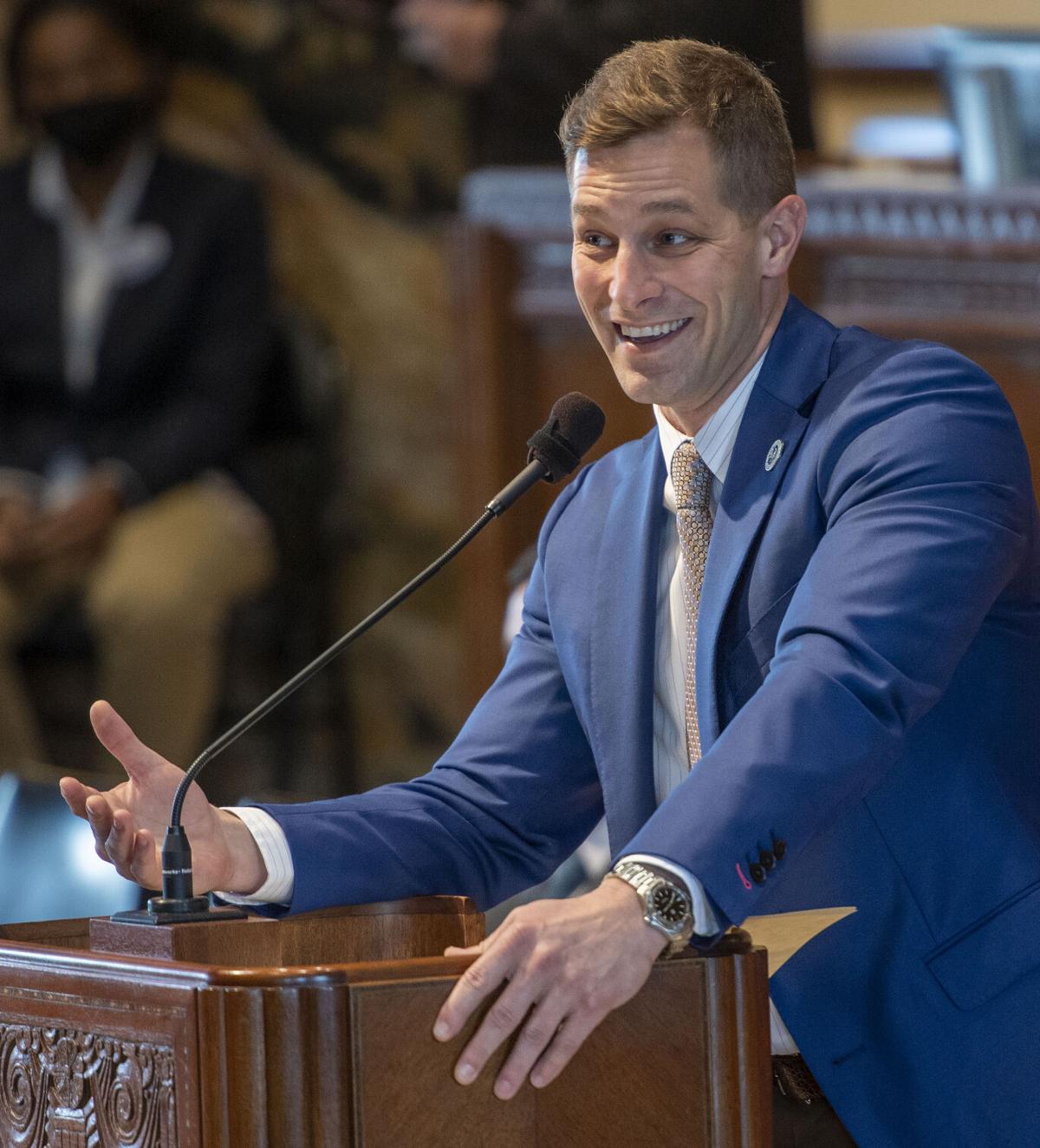 Rep. John Stefanski, R-Crowley, answers questions in the House Chamber while presenting SB 60, concerning the compensation of intercollegiate athletes for the use of their name, image, or likeness, during legislative action Monday June 7, 2021, in Baton Rouge, La. The measure passed 88-7. 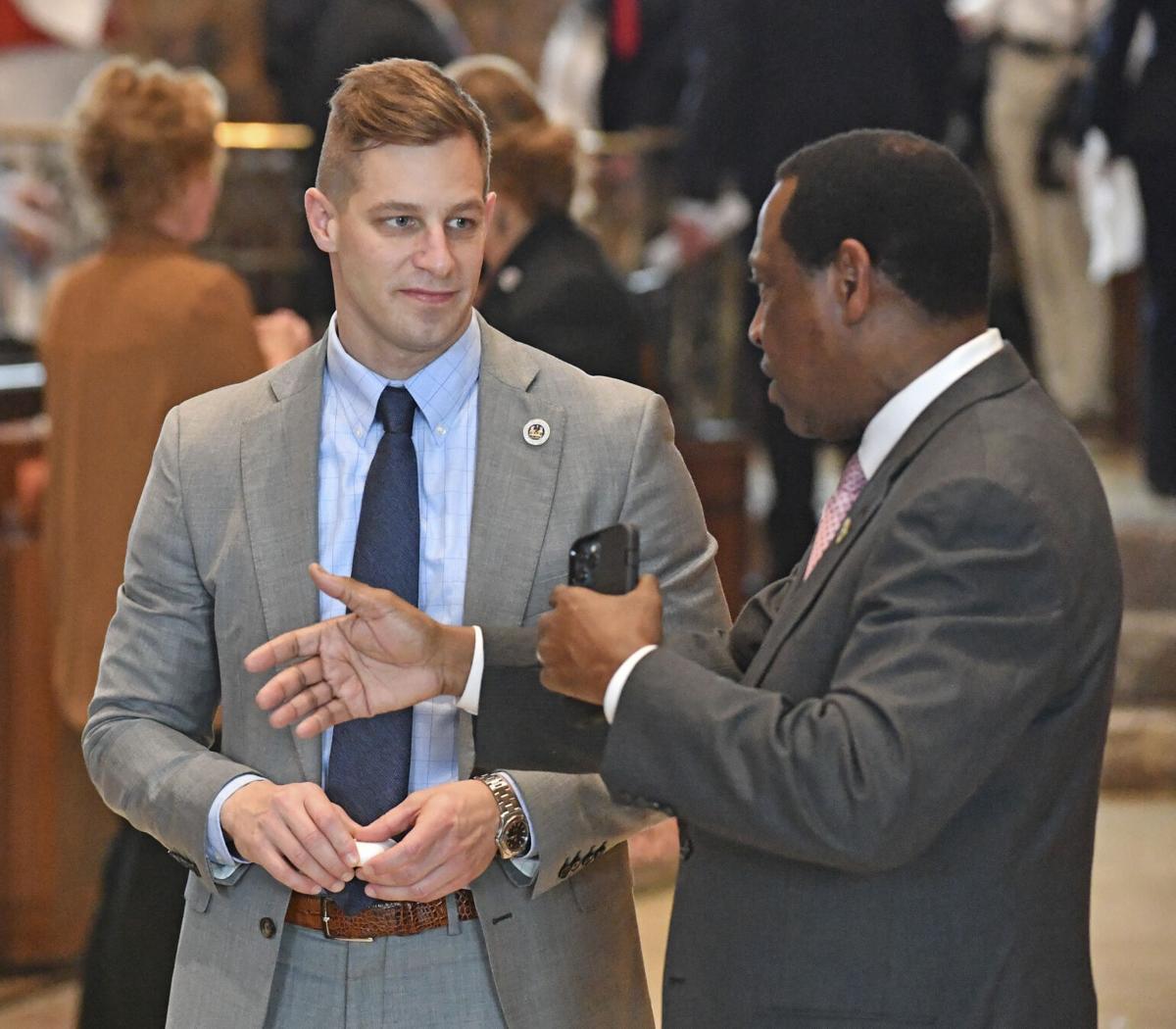 Rep. John Stefanski, R-Crowley, answers questions in the House Chamber while presenting SB 60, concerning the compensation of intercollegiate athletes for the use of their name, image, or likeness, during legislative action Monday June 7, 2021, in Baton Rouge, La. The measure passed 88-7.

Bare-knuckled fights over taxes, gambling and what schools should teach have ended with the conclusion of the 80-day legislative session. The circus has left Baton Rouge.

But another one is on its way. When lawmakers return down the road, they will have a single focus — to redraw boundaries for the state House, the state Senate, the U.S. House of Representatives, the Louisiana Supreme Court, the Public Service Commission, the Board of Elementary and Secondary Education and state appeals courts.

This once-in-a-decade task will have enormous consequences, because the lines that lawmakers draw will shape Louisiana’s legislative and judicial politics for the coming years.

Most lawmakers will emerge smiling, their political futures assured. But others will be cast out of a winnable district and feel like they’ve been knifed in the back. Self-interest and political survival typically trump loyalty to party and friends.

Playing a central role in the redistricting process will be an even-tempered second-term Republican representative from Crowley named John Stefanski.

He chairs the House & Governmental Affairs Committee. In that position, he will be responsible for shepherding the House-drawn legislative and judicial districts through his chamber and then will assist in negotiations with the Senate in producing the final legislative-designed plans that are presented to the governor.

Stefanski will be in the news after the reapportioning process intensifies later this year.

Once the Census Bureau provides updated population figures at the political precinct level, he will be part of a road show that visits the state’s metro areas to receive public input this fall.

Stefanski expects lawmakers will convene a three-week special session to approve all of the maps “in early 2022.”

The House map will have his special focus.

After off and on efforts for years, the Louisiana Legislature gave final approval Wednesday to a bill that would make kindergarten mandatory.

North Louisiana has lost population over the past decade, while the Interstate 10/Interstate 12 corridors have gained, so that will lead to a shift of several seats in the House to the south. Each House district will have to be within 5% of having 44,359 residents.

“It’s a 105-piece puzzle,” said Emile “Peppi” Bruneau, who during his 31 years as a Republican House member from New Orleans oversaw the redistricting process after the 1980, 1990 and 2000 censuses and acquired a reputation as a remapping wizard.

Sen. Sharon Hewitt, R-Slidell, is overseeing remapping for the Senate, but she will play a lesser role than Stefanski since Senate presidents traditionally take the lead role for the Senate. That chamber has only 39 members, while the House has 105.

Stefanski is a 37-year-old criminal defense attorney who has mastered the art of the deal in the State Capitol, only five years after winning election to the House.

During the legislative session that just ended, Stefanski played a major role, either out front or behind the scenes, in legislation involving sports betting, taxes, the budget and election law.

“I’ve found him to be someone who is easy to work with,” said Rep. Sam Jenkins, of Shreveport, who chairs the House Democratic caucus. “He likes to be fair and make sure that everyone has some success.”

“Part of his popularity is that he’s approachable,” said Rep. Joe Marino, No Party-Gretna. “He’s a genuine person. You believe what he’s telling you to be true and correct.”

It should be noted that Stefanski’s hometown, Crowley, has produced more big-name political figures than any other small town in Louisiana in recent decades.

Edwin Edwards grew up in Marksville but moved to Crowley after law school and began a political ascent there that led to a record four terms as governor. His wife, Elaine, even served three months as a U.S. senator, thanks to an appointment by her husband to fill a vacancy.

Off-track betting parlors around Louisiana could get hundreds of slot machine-like devices under legislation approved by the House Monday.

John Breaux, who spent 33 years in Congress divided between the House and the Senate, hails from Crowley. So does Chris John, who served eight years in the House.

Edmund Reggie and Billy Broadhurst, two highly skilled political operatives in Edwards’ orbit who are now deceased, also were Crowley natives. Not bad for a town of 13,000 people.

Stefanski actually practices in Edwards’ former law firm in a white building across the street from the Acadia Parish courthouse in Crowley. He occupies Broadhurst’s old office.

Has some of Edwards’ political pixie dust landed on him?

“I’ve been asked that same question multiple times,” Stefanski said in an interview. “I’ve been asked what’s in the water. Why does this small area produce so many notable people? I hope to do great things one day. I’m not there yet.”

Stefanski is eyeing a run for attorney general in 2023, as long as Jeff Landry, the incumbent and a political ally, doesn’t run for re-election.

Stefanski was appointed to chair the House and Governmental Affairs Committee by Speaker Clay Schexnayder, R-Gonzales. Schexnayder, who rarely talks to the press, didn’t respond to an interview request.

“He’s trusted by both parties, by the Black caucus and the rural caucus. They all know that John does his homework and will give it to them straight from the mike. He’s very straightforward with the lobbying community,” said Jim Nickel, a veteran lobbyist who years ago chaired the Louisiana Democratic Party and is also from Crowley.

Stefanski began his work this year by meeting one-on-one with each of the other 104 House members in the committee’s seventh-floor conference room in the Capitol.

During each meeting, he and the other legislator examined the legislator’s district either through a computerized map or one spread out on the conference table.

“The point was to educate members and myself about the redistricting process and to learn not only about their districts but also about their expectations about redistricting, about what they want to see and not see,” Stefanski said. “They typically have an intimate knowledge of their districts – the economics, the trends, whether population is growing, the major economic drivers, where people are moving, the geography.”

Along the way, Stefanski became acquainted with all of his House colleagues. That provides him with enormous value, besides the remapping process.

“The Legislature is about how you develop relationships to accomplish your goals,” he said. “Any time you have the opportunity to develop those relationships and get to know each other better, it will help you be a successful legislator. It’s harder to vote against someone when you like them. It’s that simple. It’s not just about red or green when voting.” (Legislators push green or red buttons to record their vote.)

Republicans hold 68 of the 105 seats in the House, two short of a super-majority if all Republicans voted the party line. Reaching 70 is the holy grail for GOP party chair Louis Gurvich because that would allow Republicans to potentially override Gov. John Bel Edwards, a Democrat, on legislation.

Stefanski said he doesn’t view his role as trying to draw districts for Republicans to reach that supermajority.

“My goal is to draw the fairest, more accurate districts according to the law and the numbers,” Stefanski said. “I want a legal map. I don’t want it to be challenged and ultimately struck down. Those guide my principles, not being a Republican. Louis Gurvich and I have two different responsibilities.”

Stefanski is mindful that Edwards can veto any redistricting map overly tilted to the GOP. Republicans would not be able to override him as long as all Democrats stuck with the governor.

Rick Gallot is now Grambling State’s president, but he held Stefanski’s position a decade ago as a Democratic state representative from Ruston.

Gallot noted that a standoff between the Legislature and Edwards – where lawmakers keep approving maps that he vetoes – would end up putting redistricting in the hands of the courts, which probably would not be as favorable to the Republicans.

“There are consequences to something that is too extreme,” said Gallot, who passed along that advice to Stefanski when the lawmaker sought him out.

Beginning 40 years ago, Republicans, led by the adroit Bruneau, allied with Black Democrats during each redistricting process to crowd Black voters into districts that would elect Black lawmakers who would then be nearly unbeatable. This strategy also created more winnable Republican seats. Today, many districts are not competitive and leave legislators playing to their base supporters on the right and the left.

Rep. Ted James, who heads the Legislative Black Caucus, said his members will be willing this year to accept smaller percentages of Black voters in their districts to create more seats that Democrats can win.

“When you pack too many Black voters into districts, it dilutes the influence of others,” said James, D-Baton Rouge. “It creates a supermajority district on the other side.”

James said the Legislature would be better off if more districts were drawn like the one represented by Rep. Tanner Magee, R-Houma. His district is divided equally in three ways among Democrats, Republicans and political independents.

“It’s easy for us to work with Tanner,” James said. “He can’t afford to ignore Democrats because of the way his district is drawn.”

Stefanski said he will work with Democrats. “I need to stick with the founding principles of redistricting because you have to work with so many people,” he said.

But, he added while referring to the State Capitol, “You can’t take the politics out of this building. Political alliances will happen to accomplish certain goals.”