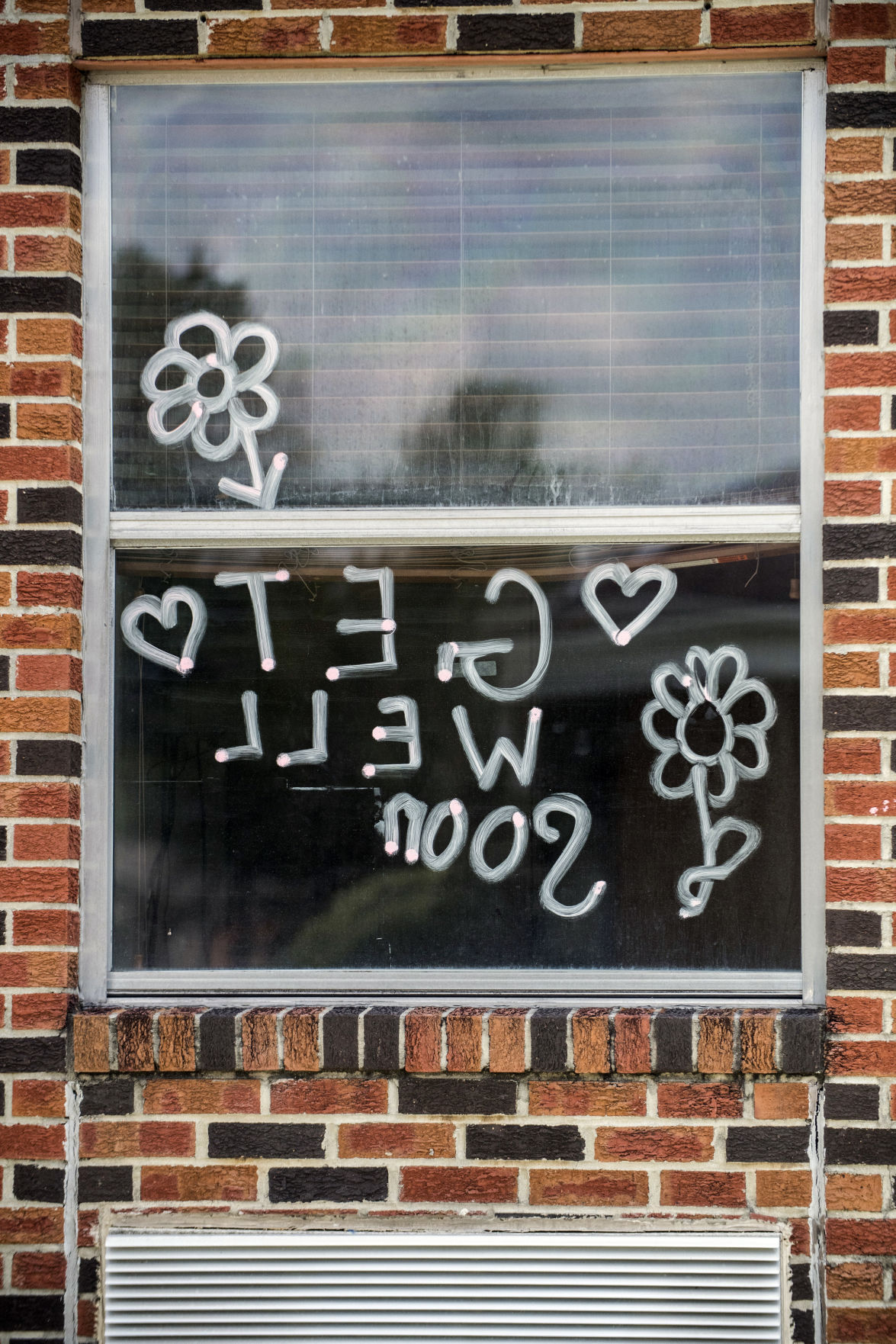 A message is painted on the outside of a nursing home resident's room window Tuesday, May 5, 2020, in New Iberia, La. 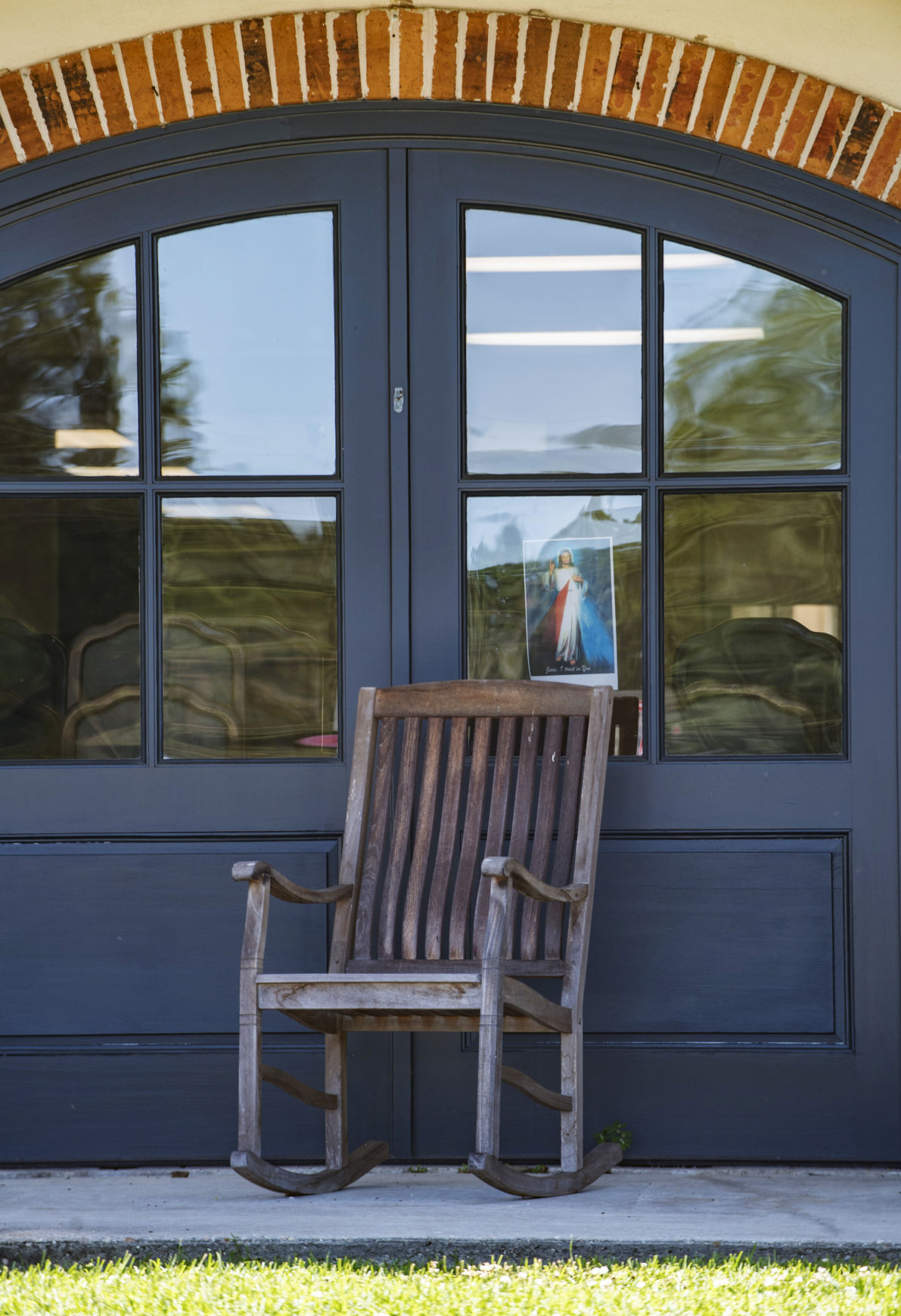 A depiction of Jesus is displayed in a front window at J. Michael Morrow Memorial Nursing Home Monday, May 18, 2020, in Arnaudville, La.

A message is painted on the outside of a nursing home resident's room window Tuesday, May 5, 2020, in New Iberia, La.

A depiction of Jesus is displayed in a front window at J. Michael Morrow Memorial Nursing Home Monday, May 18, 2020, in Arnaudville, La.

The politically powerful nursing home industry, which pockets about $1.2 billion annually, is seeking a minor change to one of Louisiana’s complex regulations in order to score $5 million to $6 million more out of the state budget.

Deep in Chapter 200 of the Louisiana Administrative Code, the 20,005th section describes the multiple variables – including the square footage per room – that determines how much each of the 260 or so private nursing home operators will receive each year from state and federal taxpayers. The Louisiana Nursing Home Association asked the Louisiana Department of Health to adjust one sentence, really just one number, raising the maximum 450 square footage maximum per bed to 550 square feet per bed.

Usually proposed regulations are handled within an agency and move through the process without attracting the attention of anyone but those directly involved. This rule change has attracted the ire of advocates seeking more state funding for services to allow the elderly to stay at home rather than go to nursing homes.

“This rule is not tied to performance measures like quality of care, choice of setting or effective transitions, for which Louisiana scores at or near the bottom. Rather it is a guaranteed payment based on square footage,” said Denise Bottcher, executive director of AARP Louisiana.

It’s giving money to nursing home operators whether those beds are filled or not, said Jan Moller, head of the Louisiana Budget Project. For the most part, nursing home populations have not been growing in the past few years,

Letter to the Louisiana Department of Health opposing a rules change

The proposed change to the Louisiana Administrative Code better reflects the new reality and would encourage the private operators to remodel and add more private rooms to their facilities, he said.

Nursing facilities that have rebuilt with private rooms range in size from approximately 530 square feet per bed to 750 square feet per bed. The complex reimbursement methodology includes payments of 450 square footage maximum per bed, which was established in 2001. Berger’s association wants to create the 550 square feet per bed category that he says promote more operators to renovate their facilities for more single occupancy rooms and will improve “health outcomes for the nursing facility residents of our state while still maintaining the efficiency for the Medicaid program by establishing a reasonable size limit.”

“It’s a quality of life issue. It’s what our consumers want in all of healthcare,” Berger said Tuesday, adding the COVID-19 pandemic showed that people in private rooms fared better than those who bunked with others.

Nursing Home budget totals $1.2 billion for the Fiscal Year ending on June 30. Most of that money is paid by the federal government with the state pitching in $336.9 million. The Legislative Fiscal Office calculated that the proposed rule would increase state expenditures by $5.2 million this fiscal year, $5.7 million next and $5.7 million the following fiscal year.

Make no mistake, AARP and its allies and the Louisiana Nursing Home Associations agree on little, but how best to handle the elderly in their final years – and how to pay for it – is their biggest point of disagreement.

Advocates for the aged, with AARP Louisiana at its head, argue the nursing homes already have received a lot of extra dollars because of the COVID-19 pandemic, $51 million from the CARES Act, for instance. Adopting the rule would strip another $5 million to $6 million from the underfunded “waiver” program that pays for programs that allow seniors and the disabled to stay in their own homes rather than be forced into the institutional setting of nursing facility.

“It’s not that AARP is opposing single occupancy rooms,” Bottcher said, noting how much better people in single fared during the COVID crisis.

Instead of simply reporting how many coronavirus cases have been found in Louisiana nursing homes, the state also began reporting Wednesday th…

The additional funds going to nursing homes, should the new regulation be approved, could help 200 people out the 11,000 individuals waiting for long-term support at services at home, Bottcher said.

The elderly who meet Medicaid eligibility and have low enough incomes – $2,349 per month for an individual, $4,698 per month for couples – can receive a number of services to make it easier for the elderly to stay at home. The government-subsidized services include grooming, transportation, nutritional counseling, assistive devices, medical supplies, and medical care.

Louisiana spends less on home-based and community-based care for older adults than the state spent a decade ago – about half the national average. In the most recent AARP Long Term Services and Supports Scorecard released in September 2020, Louisiana ranks 47th nationally in choice of setting and provider.

A team of government experts and industry stakeholders spent more than two years painstakingly crafting a plan that would have reduced Louisiana’s expensive and unpopular reliance on nursing homes to house the state’s most helpless residents.

“This rule furthers Louisiana’s over-reliance on nursing homes rather than providing more options for Louisianans to age at home,” Bottcher said.

“AARP has its own agenda,” Berger said. “We’re not opposed to home and community-based services, but I do represent nursing facilities.”

The Louisiana Department of Health held public hearings on the new rule in late October. Right now, the department says, its Bureau of Health Services Financing is considering whether to recommend the rule as written to LDH Secretary Dr. Courtney N. Phillips. If the office does and Phillips approves, the rule will be sent to the Joint Legislative Health and Welfare Committees for its consideration. Legislators can ask for a hearing before considering their decision. But if they take no action, the rule is forwarded to the governor. If the legislative committee choose to reject the rule, the governor can override. Otherwise, it is published in the Louisiana Register and used from that point forward.

State Sen. Fred Mills, R-Parks and chair of the Senate Health and Welfare Committee, said Tuesday lobbyists have mentioned the rule change to him, but it hadn’t come over the health department yet, so he couldn’t comment.

Along with the oil & gas industry and river pilots, nursing home operators are among the special interests that spend the most on political campaigns and lobbying Louisiana lawmakers.

Our Views: Louisiana relies too heavily on nursing homes, and the consequences are tragic

If the effort to contain coronavirus is a war, the nursing homes of Louisiana are the battlefield.

As Louisiana tries to protect vulnerable nursing home residents from coronavirus outbreaks, the facilities still have a significant source of …