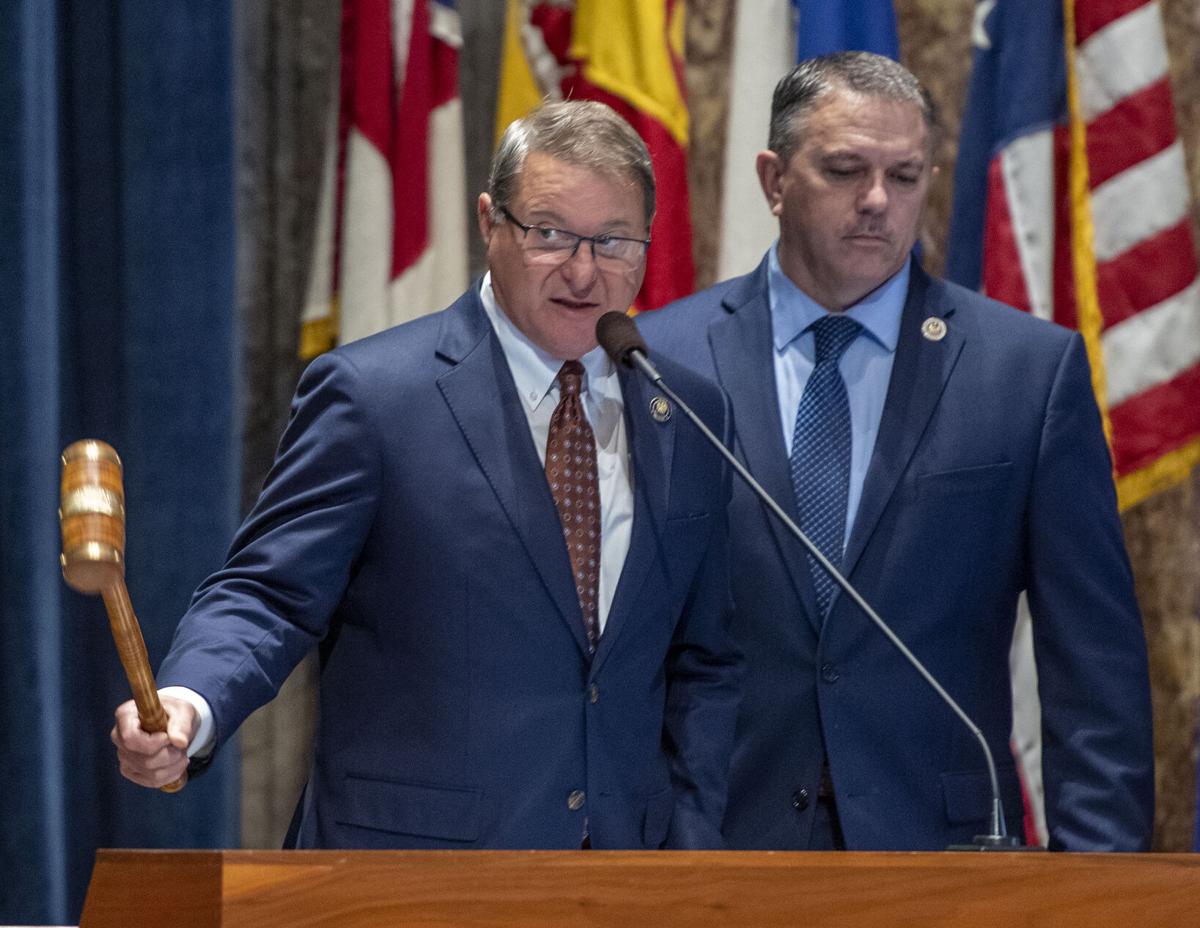 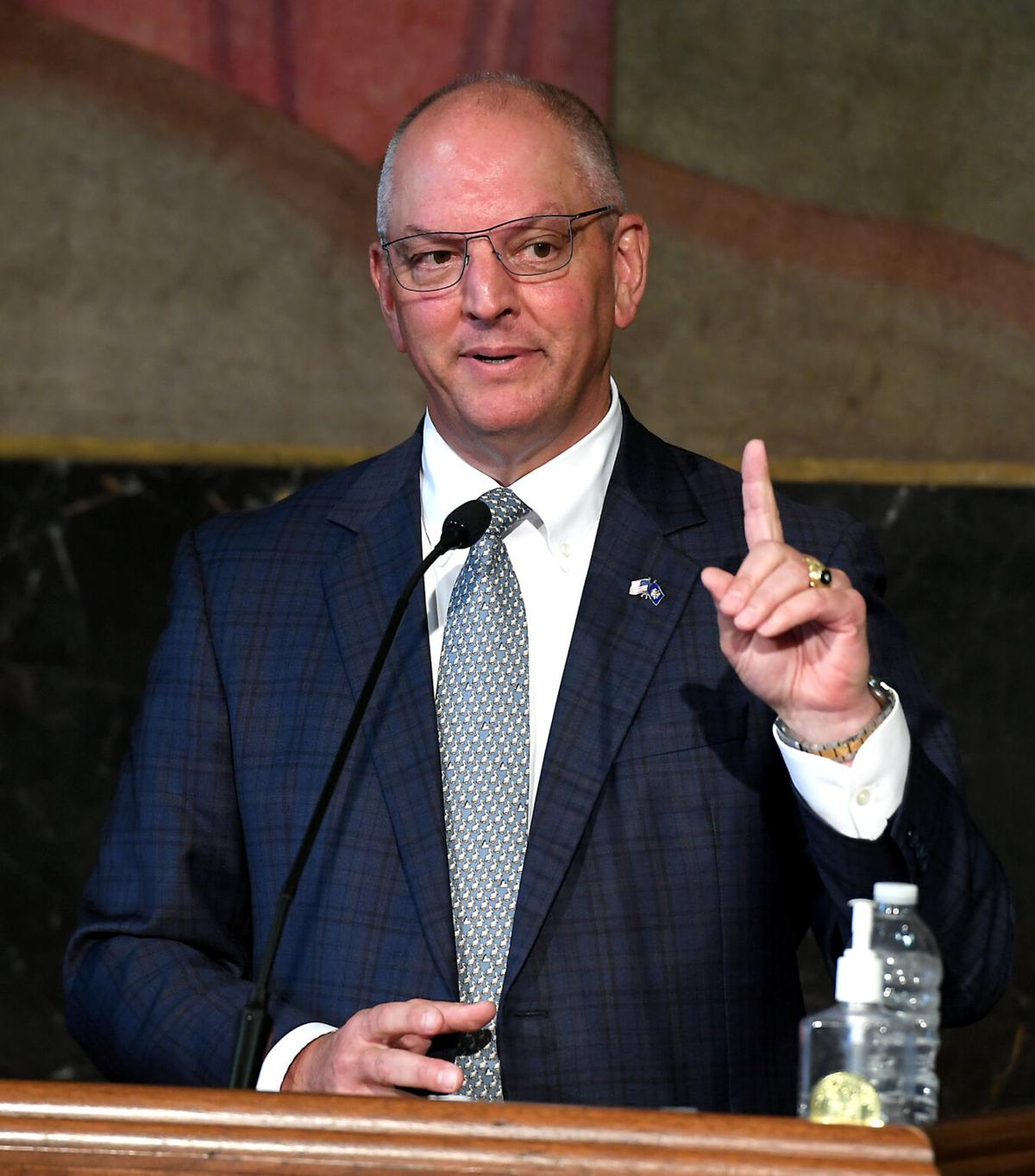 For the first time ever, Louisiana lawmakers will convene a session aimed at overriding the governor’s vetoes, the culmination of a monthslong fight that will test the limits of the Republican-dominated Legislature’s power over Democratic Gov. John Bel Edwards.

Strong majorities of both the state House and Senate declined to return ballots to nix the veto session. As a result, the Legislature will return to Baton Rouge on Tuesday for the veto session, a break with decades of tradition.

Any of the 28 bills vetoed by Edwards are fair game when lawmakers return. But two bills have emerged as the main focus of the session: one that targets transgender athletes and another that eliminates permit requirements for carrying concealed guns.

Whether Republican leaders will be able to garner the two-third-vote threshold needed in both chambers to override a veto remains to be seen.

Of 104 current House members, 69 signaled they want a veto session, one short of the 70 that will be needed next week to override a veto. In the Senate, 27 of 39 members supported a veto session. One Republican senator, Ronnie Johns, has already said he will miss the session for health reasons, leaving Republicans without any votes to spare in that chamber.

In the Senate, lawmakers voted on a straight party line, with Republicans supporting the veto session and Democrats opposing it. In the House, two of three no-party representatives opposed the session, one Republican opposed it and one Democrat supported it.

Edwards’ office has put on an intense campaign to block an override of his vetoes. If the governor can convince one senator who supported the veto session to vote against an override, he can theoretically halt an override. Staffers have been lobbying members intensely in recent days. The Senate in particular is seen as the chamber where Edwards could block an override.

“At the end of the day, there is a big difference between the majority required to come in and the two-thirds required to actually override,” Edwards said at a Friday news conference. “The vetoes that I have issued, I fully stand behind.”

Two-thirds of both chambers need to support an override for it to be successful. That means any member who is absent is effectively a vote against an override.

The unprecedented veto session is only the latest move by Republican leaders in the House to take a more independent tact, in a state where governors have historically enjoyed robust power. For instance, Republicans broke with tradition when Edwards was elected by picking their own speaker; governors had previously hand-picked the speaker.

“In accordance with the Louisiana Constitution and the will of the majority of its members, the Legislature will return to Baton Rouge to consider overriding vetoes made by Governor Edwards this session,” said House Speaker Clay Schexnayder, R-Gonzales, in a statement. “This is democracy in action.”

Schexnayder came out in favor of a veto session soon after Edwards vetoed the bill to prohibit transgender women and girls from competing in sports that correspond with their gender identity. Senate President Page Cortez has been less outspoken.

“The majority of Senators have heard from their constituents who have asked them to take votes on the veto override,” Cortez said in a statement. “It has become clear that the majority of senators felt compelled to return for the veto session based on constituent feedback.”

Outside pressure has poured in on both sides of the issue.

The Louisiana GOP, which is particularly energized by the culture-war topics at issue in the veto session, is fundraising off the effort and will hold a rally on the State Capitol steps Monday ahead of lawmakers’ return. The Democratic Party likewise sent a fundraising pitch slamming Republicans.

Sheriffs across the state recently staged a news conference urging lawmakers to uphold Edwards’ veto of the gun bill, while gun rights groups have pressured Republicans to override the veto. About 450 pastors around the state have signed a petition asking legislators to override Edwards on the transgender bill. Louisiana Trans Advocates on Friday said the veto session amounted to “further discrimination against transgender children.”

Other legislation vetoed by Edwards, including a bill to add school boards to a state transparency website, is also expected to be targeted for override efforts.

Rep. Blake Miguez, chair of the House Republican delegation, said earlier this week that Schexnayder and Cortez will have to flex their political muscle to get the votes to override any vetoes, especially because Republicans cannot override a veto by themselves in the House.

Only one Republican, Rep. Joe Stagni, of Kenner, sent a ballot saying the veto session is unnecessary.

Stagni voted against both the gun bill and the transgender bill that are the target of veto overrides and said he doesn’t intend to change his votes.

“It appears that we’re going to spend a great deal of taxpayer money and there is maybe one bill that has a legitimate chance of overriding the governor’s veto,” Stagni said, referring to the transgender sports bill.

Stagni said he’s concerned the NCAA could pull high-profile sporting events from Louisiana if lawmakers override the governor’s veto on the transgender bill, and pointed to the fact that transgender people competing in women’s or girls’ sports is not an issue in Louisiana.

The only Democrat to defect from Edwards’ side was Rep. Francis Thompson, of Delhi. Thompson is the longest-serving member of the Legislature and represents a district that went for former President Donald Trump 71% to 28% in 2020, according to pollster John Couvillon.

Of the no-party representatives, Reps. Joe Marino, of Gretna, and Malinda White, of Bogalusa, sided with the governor in saying the veto session was unnecessary. Rep. Roy Daryl Adams, of Jackson, signaled support for a veto session.

Under the Louisiana Constitution, a veto override session is automatic unless a majority of the House and Senate — 53 in the House, 20 in the Senate — send in ballots saying it’s unnecessary. Historically, though, the Legislature has always refused the veto session.

This year, the House and Senate — Republicans hold strong majorities in both chambers — broke with decades of tradition to approve the veto session. The ballots were due Thursday at midnight, and staff tabulated them Friday morning. The session begins July 20 and must adjourn by July 24.

The Republican majorities in the Legislature made history. They will convene noon Tuesday for the first session, ever, to override the vetoed …