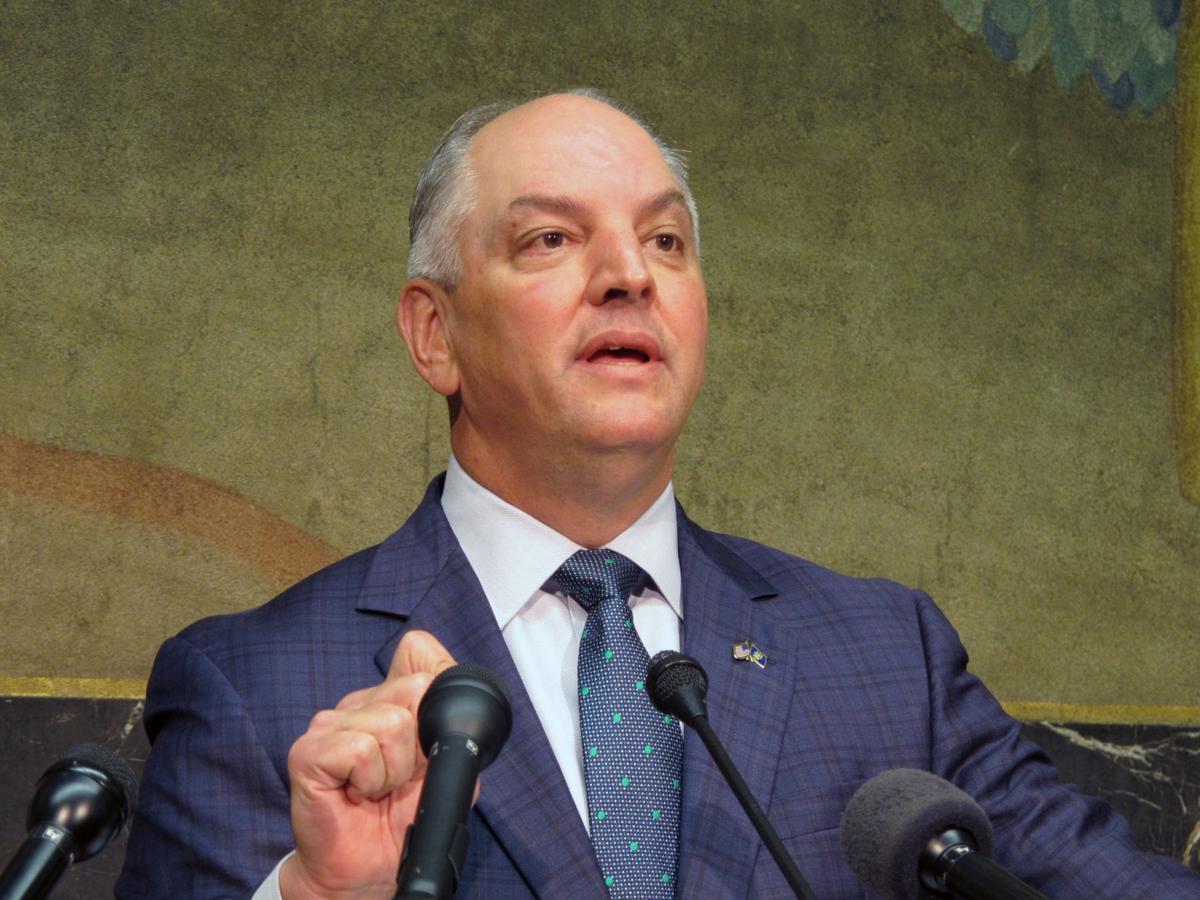 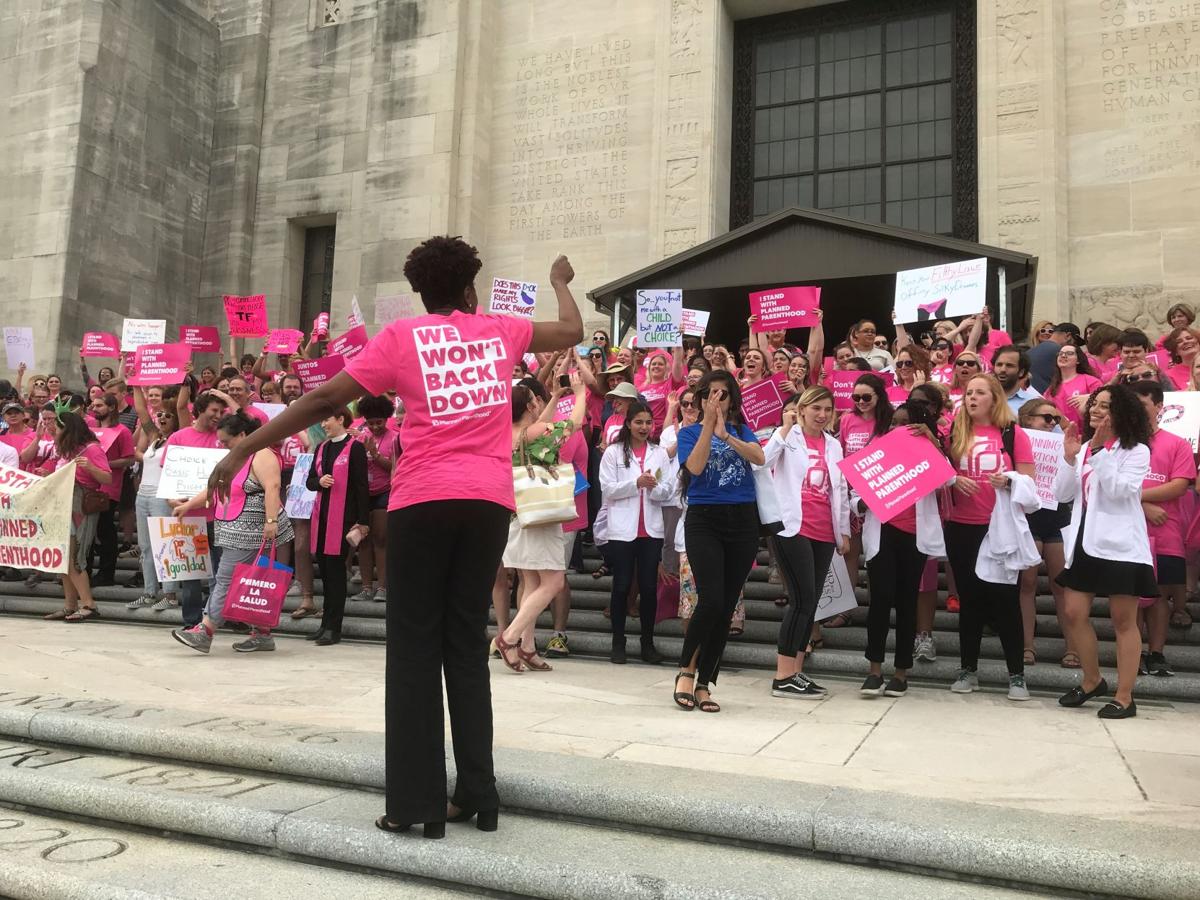 Louisiana Gov. John Bel Edwards, a Democrat, has signed one of the nation’s most restrictive abortion bills into law, a measure that would ban abortions at about six weeks of pregnancy with no exceptions for victims of rape and incest if upheld by the courts.

Edwards, who ran on a “pro-life” platform in 2015, is the only incumbent Democratic governor in the Deep South, and is running for re-election this year. The move has put him at odds with the national party and drawn criticism from Democrats including Bernie Sanders and Kamala Harris.

The move has brought national attention to Louisiana and has sparked disagreements within the state Democratic party, whose members are also frequently at odds with national Democrats. The GOP-led Legislature easily passed the measure and shot down several attempts to exclude victims of rape and incest. Several Democratic lawmakers joined Republicans in voting for the bill.

'Fetal heartbeat' abortion bill sent to Louisiana governor, who will sign it; court must uphold it

Louisiana lawmakers have passed a bill that would ban abortions at about six weeks of pregnancy if upheld by the courts, sending it to the gov…

Louisiana now joins several states across the South and Midwest that have passed abortion bans that supporters have dubbed “fetal heartbeat” bills. The ban in Louisiana will not go into effect immediately. Lawmakers tied it to a similar Mississippi law, which would trigger Louisiana’s only if it upheld in a federal appeals court.

"I know there are many who feel just as strongly as I do on abortion and disagree with me – and I respect their opinions," Edwards said in a statement. "As I prepare to sign this bill, I call on the overwhelming bipartisan majority of legislators who voted for it to join me in continuing to build a better Louisiana that cares for the least among us and provides more opportunity for everyone.”

Conservative states including Louisiana have taken aim at the U.S. Supreme Court’s landmark abortion rights decision Roe v. Wade by passing some of the most restrictive abortion laws seen in years. Alabama recently passed a law that would ban nearly all abortions. Mississippi, Ohio and Georgia are among the states that have passed "fetal heartbeat" bans.

Louisiana almost certain to pass anti-abortion measures this week, but it 'all depends on the courts'

Long a bastion of anti-abortion sentiments, Louisiana is part of a wave of red states passing some of the most restrictive abortion laws in years.

Louisiana already has a host of abortion restrictions on the books, including a trigger law that would ban abortions outright if Roe v. Wade was overturned. Another law that would require abortion providers to have admitting privileges at local hospitals is currently pending before the U.S. Supreme Court. A bill brought by State Sen. John Milkovich, the Shreveport Democrat who introduced the new six-week abortion ban, was signed by Edwards last year and would ban abortions at about 15 weeks if a similar Mississippi law is upheld in court.

Planned Parenthood supporters descended upon the State Capitol Thursday, a day after the state House voted 79-23 to send the bill to Edwards’ desk. Lawmakers held a long and fiery debate about whether to include exceptions for victims of rape and incest, and eventually voted 35-67 against an amendment that would have excluded them from the ban. Abortion rights advocates have called the lack of such an exception cruel.

“Stand up! Fight back!” the supporters chanted on the steps of the Capitol. Sharmeen Aly said afterwards that she hoped the governor, whose office is on the 4th floor of the Capitol, could hear their chants.

“For years, anti-abortion lawmakers in Louisiana have put politics over people and chipped away at access to essential health care with little regard for the people impacted by their policies," Petrice Sams-Abiodun, Vice President, Strategic Partnerships-Louisiana, Planned Parenthood Gulf Coast.

New Orleans Sen. Karen Carter Peterson, the head of the state’s Democratic party, called the measure “egregious and offensive” and has encouraged opponents to call the governor’s office to urge him not to sign the bill.

Embarrassing!
Apologies to LA women, particularly for the disrespect to women victimized by rape or incest. #lalege #MyBodyMyChoice #WomensRights https://t.co/0RfIyQx0K3

“Sad day in Louisiana,” Peterson said on Twitter. “Women’s right to choose completely disrespected! It’s offensive! One’s faith is not imposed on others in their policy ... others have (different) beliefs.”

Even U.S. Sen. and presidential candidate Bernie Sanders weighed in, calling the law “draconian” and saying Gov. Edwards’ signing of the law is an “outrage.”

The Democratic governor of Louisiana is signing draconian anti-abortion legislation today. This is an outrage. Regardless of party, we must vigorously defend a woman's constitutional right to control her own body. https://t.co/Bv1fcVEuhi

Several other abortion bills are also making their way through the State Capitol in the legislative session that ends a week from Thursday. A constitutional amendment that would ask voters to add a line to the state Constitution saying it does not provide for abortions will likely pass after lawmakers clean up language.

Regulations on abortion providers have also been introduced here. The state Senate on Thursday also sent to Edwards' desk a bill that would require to abortion clinics to hold onto records longer, a measure clinics say is part of an ongoing effort to make it harder to operate in the state. Louisiana now has three abortion clinics operating, one in Baton Rouge, one in Shreveport and one in New Orleans.

Letter: A question for Gov. Edwards, abortion foes: How many unwanted babies y'all adopting?

A question for Gov. John Bel Edwards and everyone who supported the "heartbeat" bill: How many of these unwanted children are you going to adopt?