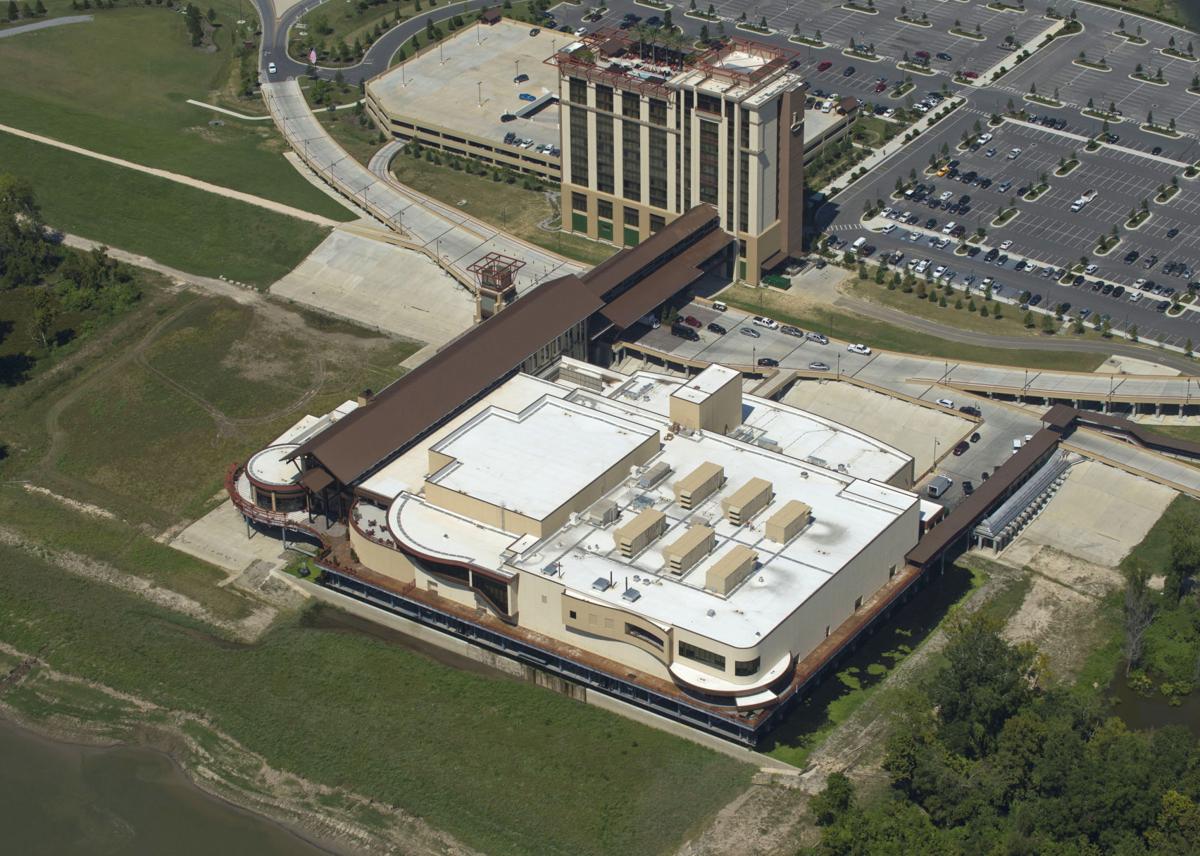 L'Auberge Baton Rouge is set to start construction this fall on a second smoking terrace, which would include table games along with more than 100 slot and video poker machines. The property is also drawing up plans for a Barstool Sportsbook.

The casino filed a permit Wednesday to remodel a space that currently includes the casino’s poker room and the Edge bar. 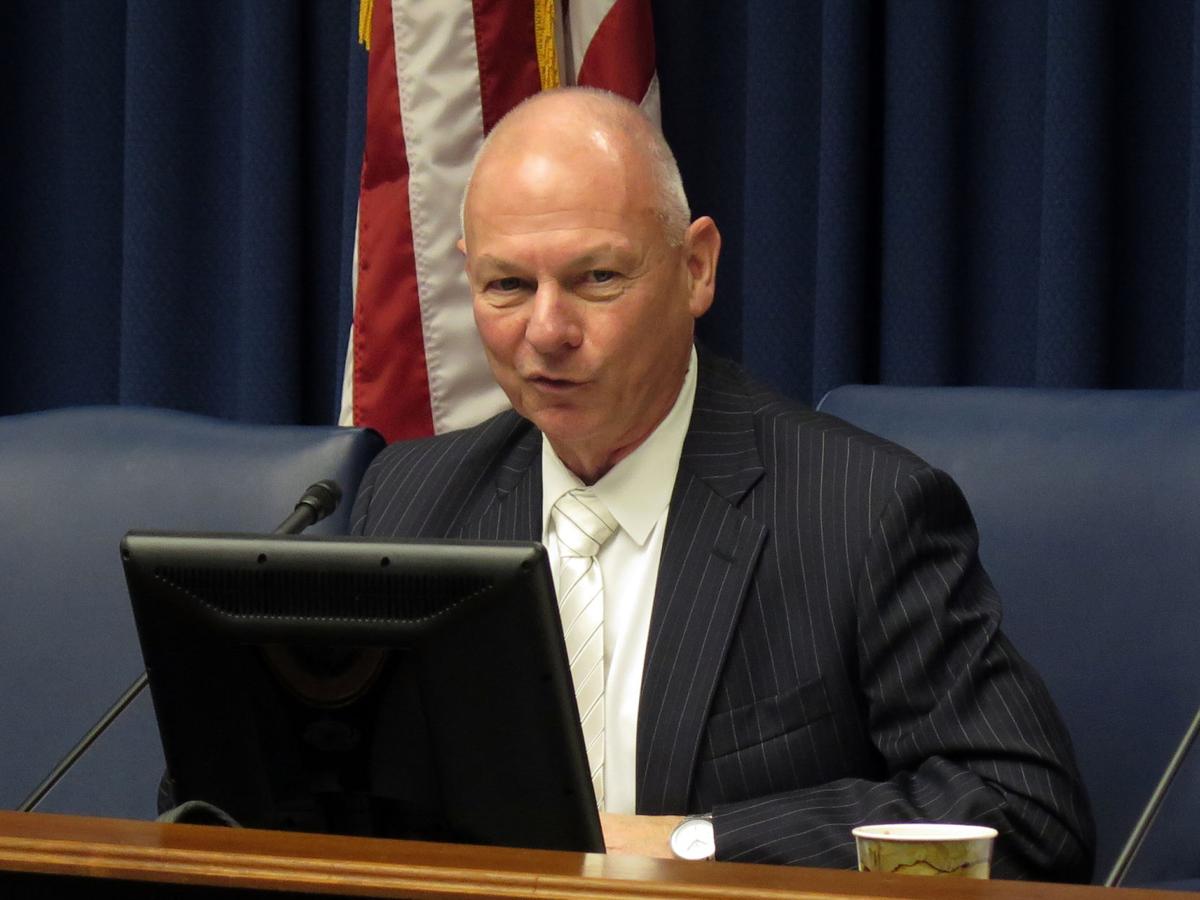 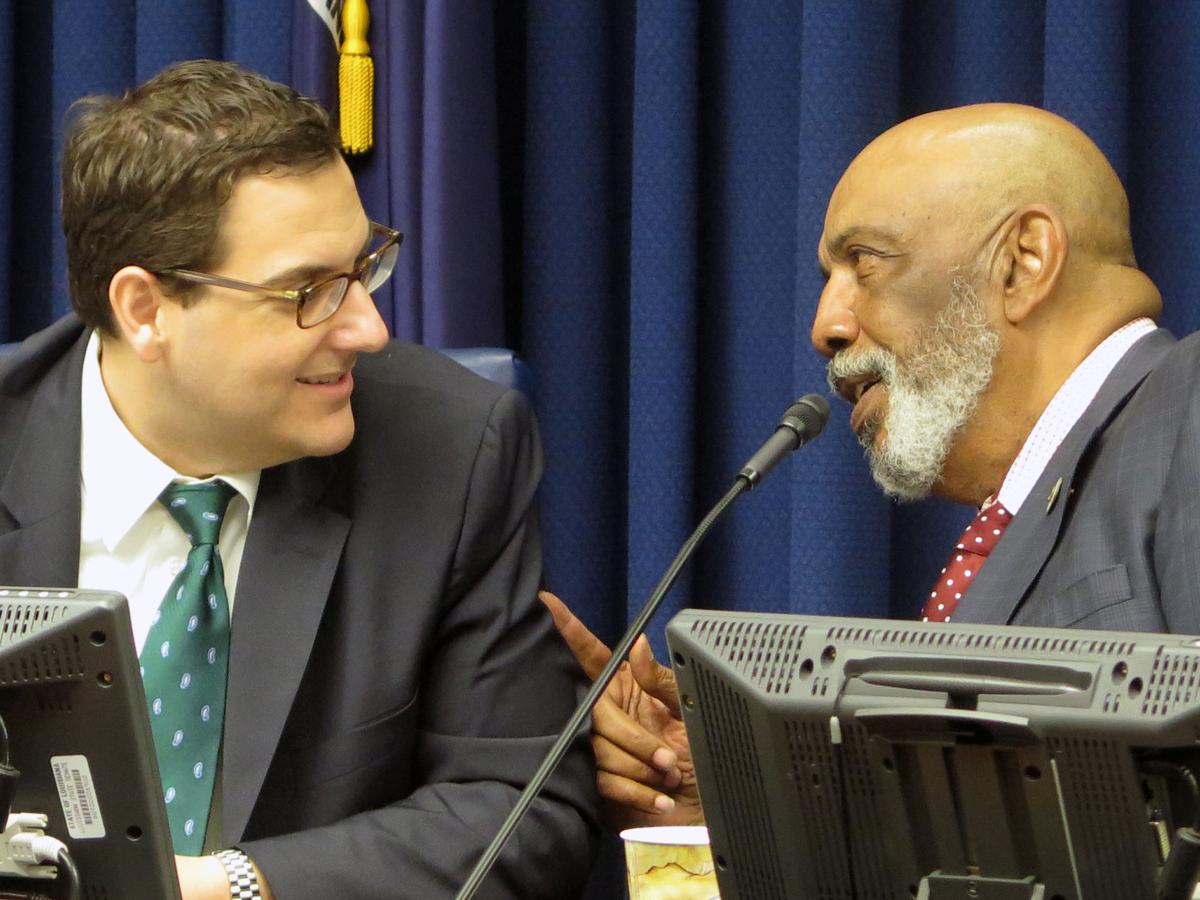 Democratic State Reps. Walt Leger III, of New Orleans, and Terry Landry, of Lafayette, at the Riverboat Economic Development and Gaming Task Force hearing at the State Capitol on December 19, 2017.

L'Auberge Baton Rouge is set to start construction this fall on a second smoking terrace, which would include table games along with more than 100 slot and video poker machines. The property is also drawing up plans for a Barstool Sportsbook.

The casino filed a permit Wednesday to remodel a space that currently includes the casino’s poker room and the Edge bar.

Democratic State Reps. Walt Leger III, of New Orleans, and Terry Landry, of Lafayette, at the Riverboat Economic Development and Gaming Task Force hearing at the State Capitol on December 19, 2017.

On the eve of releasing proposed bills that would bring riverboat casinos on land and expand gambling floor space, members of a task force Tuesday sought — and received — commitments from regional economic development officials to help with what is expected to be a controversial effort to change laws that have remained largely untouched for decades.

“Louisiana has taken and taken and taken, and it has not previously been required to give back,” said Wade Duty, executive director of the Louisiana Casino Association and a member of the task force. “We’re at a fork in the road.”

Casinos have come to this state, built their gambling houses and hotels without any of the financial incentives that government routinely gives to other industries, Duty said. The state in 2016 collected $906 million from gambling compared to the $581 million from energy-related extraction.

The industry has evolved since 1991 when gambling was legalized in Louisiana. The debate then was so angry that the state has barely revisited those laws.

Editor's note: The U.S. Supreme Court on Monday will take up a case that could make sports betting widely available. New Jersey is challenging…

In the meantime, Louisiana has fallen behind, said Ronnie Jones, a former state trooper who heads the Riverboat Economic Development and Gaming Task Force.

The task force will propose legislation at its meeting in January. But the daunting task of getting it passed when the Legislature convenes March 12 is coloring what those proposals will look like.

Jones said after Tuesday’s meeting that he suspects the task force will recommend three to five changes to existing law.

His sense is that one proposal will allow the casinos to get off the riverboats and operate on land — near a waterway but on dry land.

Current law requires all gambling to take place over water in a riverboat. Many of the state’s 15 riverboat casinos are actual vessels.

Some of the newer developments, which include resort-style amenities, have gone to great lengths to put their gaming floors over water while not looking like a riverboat.

Some of the L'Auberge Baton Rouge complex hangs over a Mississippi River levee.

In Lake Charles, the Golden Nugget dredged a channel from a nearby bayou to enable the gaming floor to be over water, then built a resort around it that includes an 18-hole golf course.

Another likely proposal would redefine the gambling floor to allow for more slot machines and tables, Jones said.

Current law limits the gambling space to 30,000 square feet. But that cap was picked in 1991 when lawmakers were thinking in terms of vessels, Jones said. In order to attract new, younger customers, casinos have to offer much larger slot machines with a more immersive experience, surround sound, graphics and more comfortable seats.

And Jones said the task force likely will forward a measure that changes the taxes on promotional free play credits, which are used to entice gamblers into their brick-and-mortar establishments. Currently, the “free money” is taxed at 21 percent.

Jones said the task force likely wouldn’t suggest legislative changes that would prepare Louisiana for sports betting if the U.S. Supreme Court allows it. The high court heard a case last month that challenged the constitutionality of a federal law that forbids nearly all the states from participating in betting on sporting events.

When I walked into a bookie's shop in England recently, a disturbing spectacle greeted me.

“We’re going to try to narrow the recommendations,” Jones said. “Based on my experience, the fewer changes that you can make, the less the opposition.”

Opposition is likely, said state Rep. Rick Edmonds, who didn’t attend the meeting but later in the day said he saw no reason “why we need to extend” legalized gambling.

“The very folks who offer gambling also offer helpline numbers for gambling addiction in their advertisements,” Edmonds said. “I can tell you that the Christian community will be quick to speak out on this issue.”

At Tuesday’s hearing, state Sen. Gary Smith, D-Norco, said gambling has a “scarlet letter” that has kept legislators from wanting to delve into it. But the purpose of the task force’s proposals is modernization, not expansion, he said.

“We’re going to need your help,” Smith told the economic development officials. “They do listen to you.”

Reminding reluctant lawmakers from around the state just how many people are employed by the casinos — 6,000 jobs in his area — would be persuasive, said Rocky Rockett, executive director of the Greater Bossier Economic Development Foundation.

“Some of them don’t look at that number,” Rockett said.

B. Timothy Magner, president of the Greater Shreveport Chamber of Commerce, said Louisiana’s casino industry has been losing customers to Oklahoma, Arkansas and Mississippi. “Unless we do something, we’re going to lose the competition,” he said. He backs the idea of expanding the floor space.

Davis Rhorer, executive director of the Downtown Development District in Baton Rouge, noted that a casino built the first hotel in the city’s central business district in 50 years. Now, there are seven hotels, but the casino’s project was the only one constructed without tax incentives.

Rohr said river boat cruises will increase their landings by 25 percent in 2018 at Baton Rouge’s only public pier, which connected to the Raising Cane's River Center convention complex. The Belle of Baton Rouge casino is next door and has a 45,000-square-foot atrium that is largely unused.

By 2020, Viking Cruises will join the riverboat market and plans to visit Baton Rouge twice a week. But Viking wants its own pier, and Rohr says the one that now berths the Belle riverboat would be perfect if the gambling is allowed to move on land.