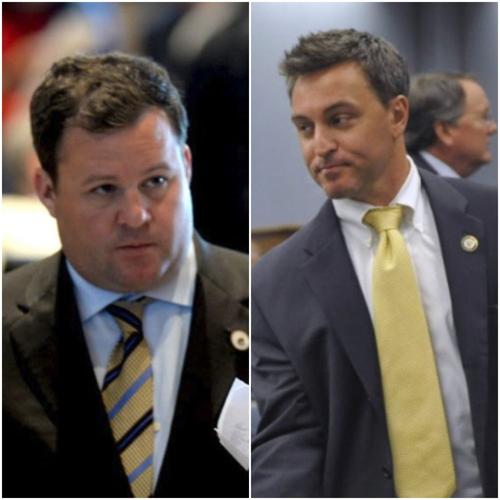 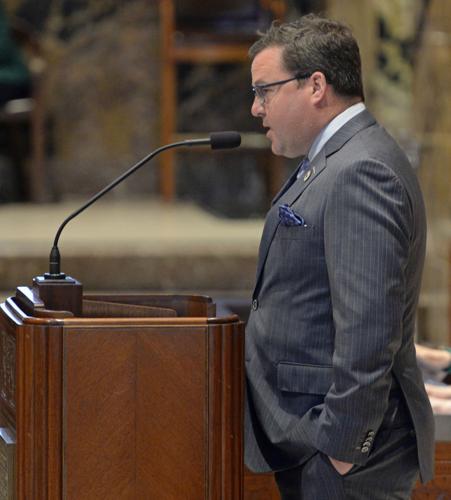 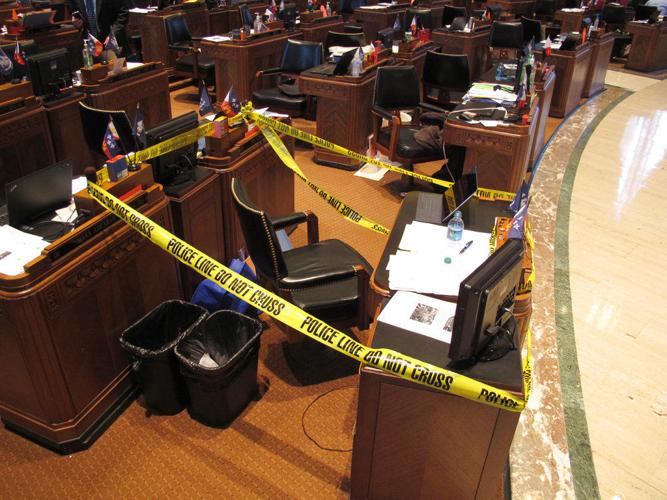 Lawmakers in the House roped off the area around Rep. Stuart Bishop's desk, on Wednesday, May 16, 2018, in Baton Rouge, La. The police tape was a joke after Bishop, R-Lafayette, got into a bar fight with Sen. Norby Chabert, a Houma Republican, a night earlier. Both say they regret the fight and consider themselves friends. (AP Photo/Melinda Deslatte) 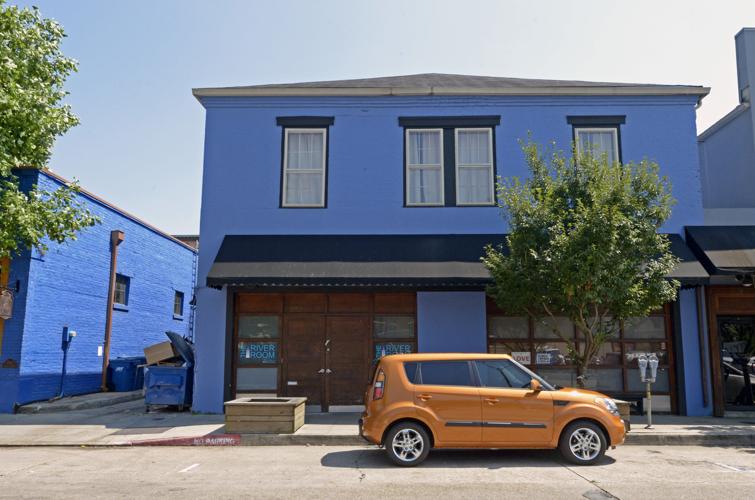 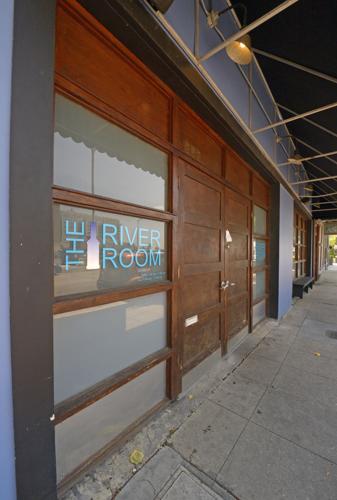 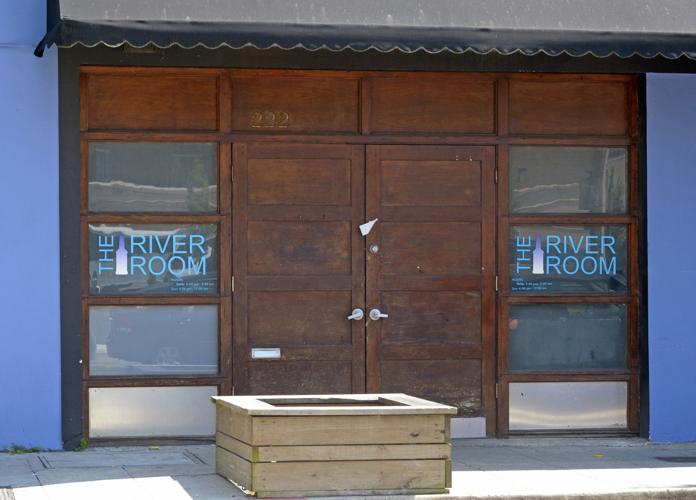 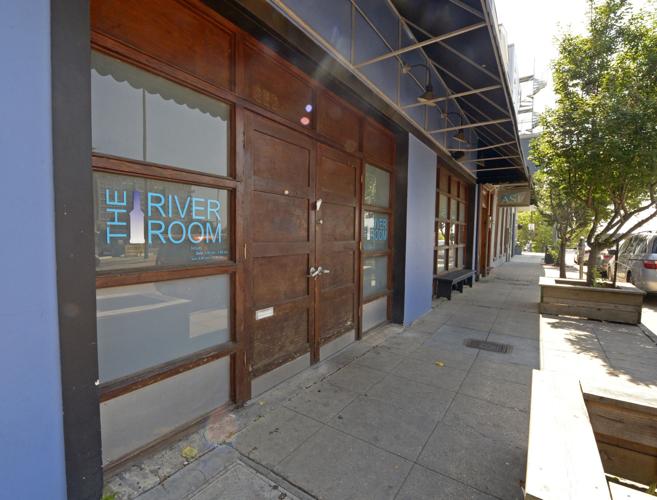 Lawmakers in the House roped off the area around Rep. Stuart Bishop's desk, on Wednesday, May 16, 2018, in Baton Rouge, La. The police tape was a joke after Bishop, R-Lafayette, got into a bar fight with Sen. Norby Chabert, a Houma Republican, a night earlier. Both say they regret the fight and consider themselves friends. (AP Photo/Melinda Deslatte)

Two state lawmakers got into a fist fight in a downtown Baton Rouge bar just before 1 a.m. Wednesday, both admitted hours later in their respective chambers, apologizing to other members, their constituents and each other.

State Rep. Stuart Bishop, R-Lafayette, and Sen. Norby Chabert, R-Houma, used the same words to describe the altercation: they "had a gentleman's disagreement and settled it with our hands" at the River Room, a posh cocktail lounge.

As news of the fisticuffs spread through the State Capitol on Wednesday, Gov. John Bel Edwards, a Democrat, downplayed the incident during his monthly call-in radio show, saying he considers Bishop and Chabert friends.

"They're both good friends of mine, and they are good friends with one another," Edwards said. "Every now and then, people get too passionate, and things can get out of hand."

"It doesn't exactly reflect well on the House or Senate or state government, but I think it's something we can all get past," Edwards added.

Bishop earlier took to the House floor to address the fight.

"One of my colleagues and I from across the hall had a disagreement and it got physical," he said, facing his colleagues in the chamber. "I feel like it was unbecoming of a gentleman or unbecoming of a member of this House. For that, I truly apologize if I did anything to upset y’all or make y’all look bad, because the integrity of this body is one thing that I cherish and I hold very dear."

“It’s something you never want to have to live with. But when you do it, you have to own it," Chabert said. "We're still friends, we're always going to be friends, and we're going to continue to do our best for our constituents and this state."

There were no serious injuries and in separate interviews with The Advocate both legislators called their brawl "not serious."

River Room owner Brad Watts said he was told in the morning that someone with the group broke up the altercation and they all left together. Watts added that nothing was broken and no one was hurt, but the bartender called the police and the bar's general manager out of caution. Baton Rouge police said they have no record of responding to the incident or receiving any calls about it. BRPD spokesman Sgt. L’Jean McKneely said that no officers were dispatched to the incident early Wednesday that bar owners described.

“There’s a lot of spirited debate in the River Room,” Watts said. “It just doesn’t always lead to fisticuffs.”

Watts said the group from Tuesday night are at the bar, located just blocks from the State Capitol, often during session.

“I think even they found humor in it," Watts said. “It is Louisiana politics at its best or worst, I don’t know what the right adjective is, but it’s not surprising.”

By the end of the day, legislators and others were cracking wise about the ordeal, and at one point, someone placed caution tape around Bishop's Capitol desk.

Lawmakers are working toward an early end to the regular session as soon as Friday so that the Legislature can on Tuesday enter its sixth special session since January 2016.

Bishop said the fight was over a bill to alter the make-up of the Coastal Protection and Restoration Authority Board. Chabert's bill, Senate Bill 433, would grant voting power to two legislative members on the executive-branch board, which Bishop changed through amendment.

"Bottom line is that it was about that we were going to do something that I deemed unethical in letting the legislative process step over the executive process, and I was not ever going to put my committee members in that position," Bishop said.

Edwards said he, too, had heard that the fight stemmed from a disagreement over the CPRA make-up.

Mark Ballard and Grace Toohey, of The Advocate, contributed to this report.