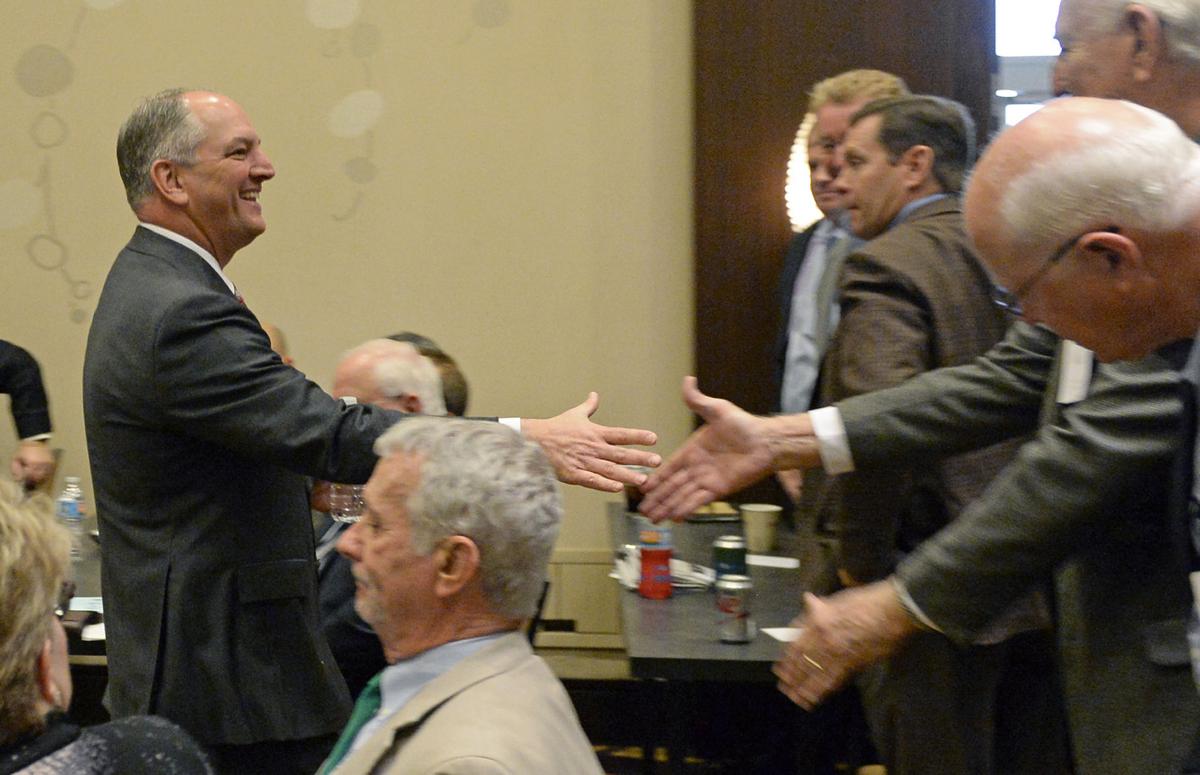 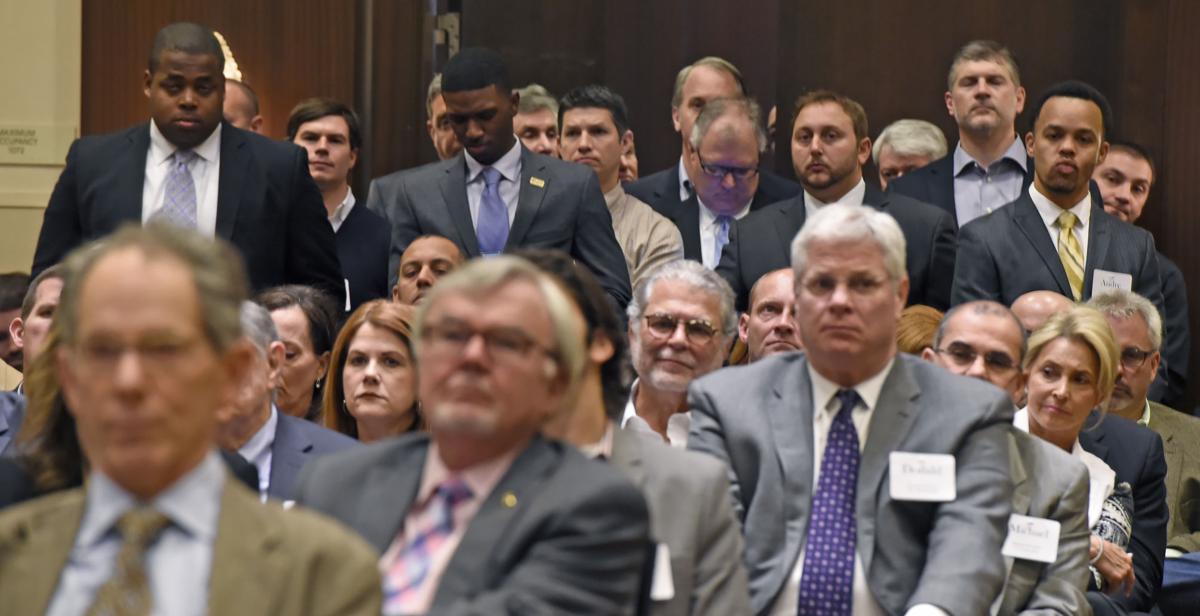 Standing room in the back for a full room as Gov. John Bel Edwards discusses transportation needs/solutions during a meeting of American Council of Engineering Companies and others in Baton Rouge, La., Friday Feb. 17, 2017. 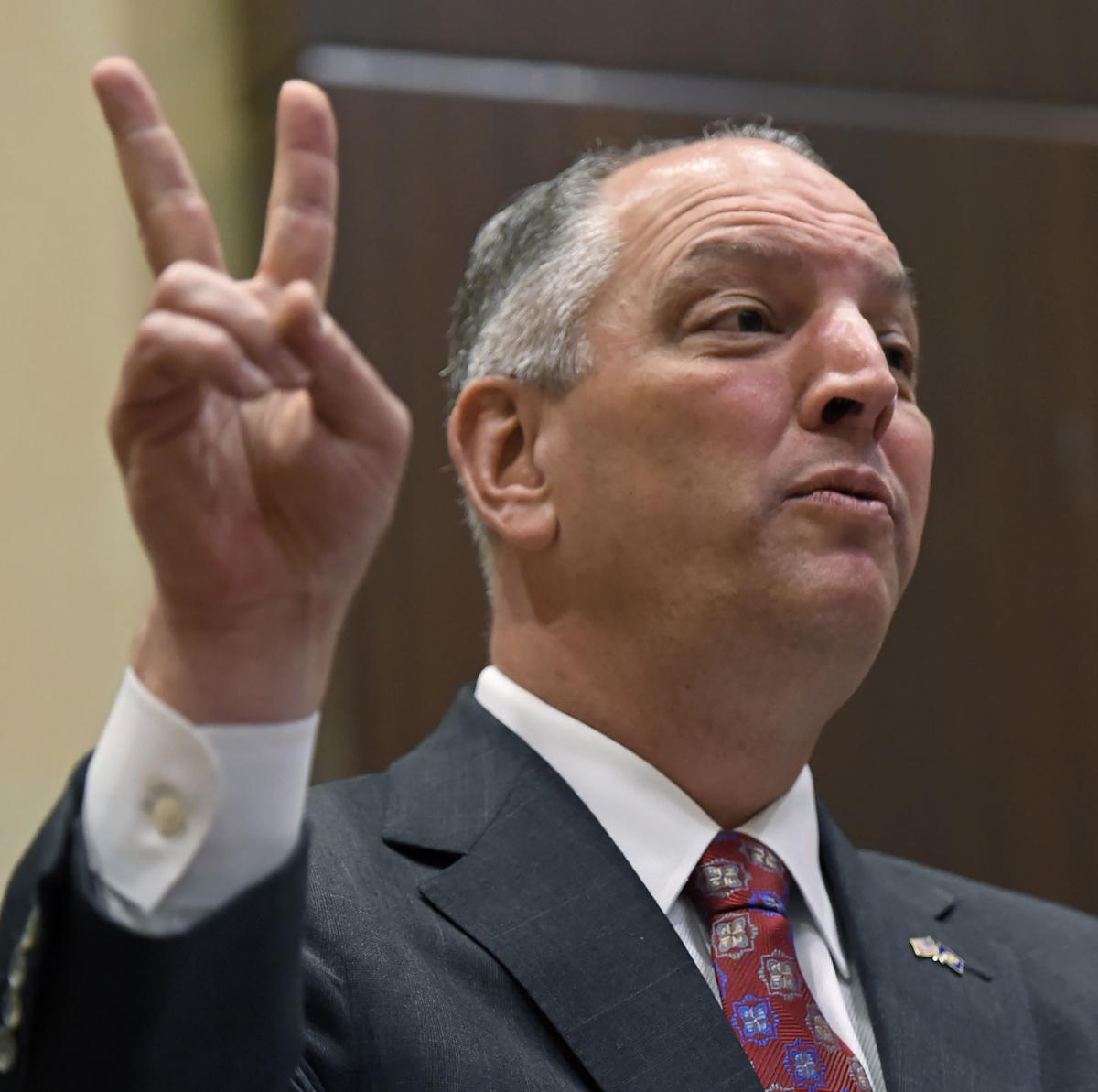 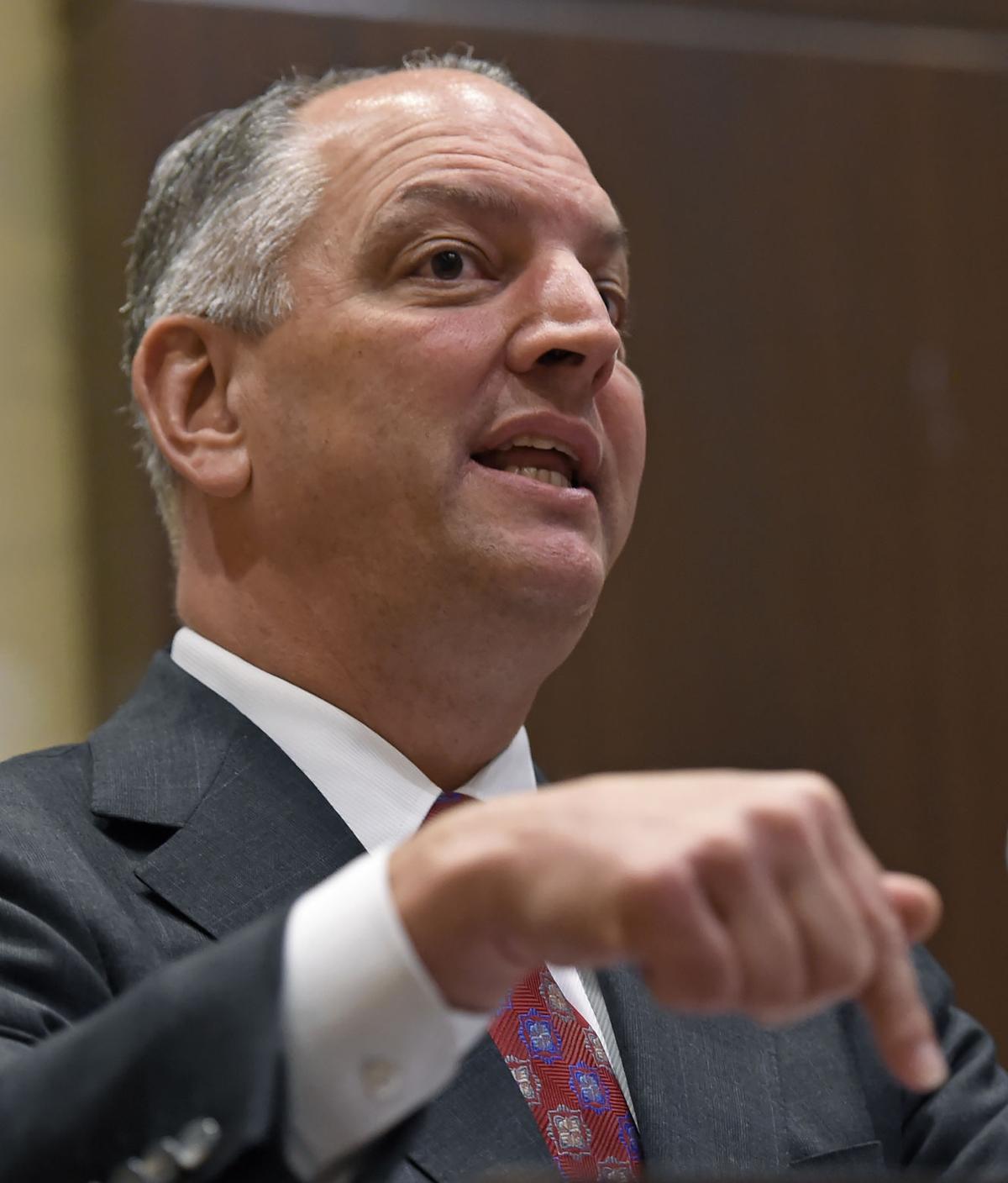 Standing room in the back for a full room as Gov. John Bel Edwards discusses transportation needs/solutions during a meeting of American Council of Engineering Companies and others in Baton Rouge, La., Friday Feb. 17, 2017.

Gov. John Bel Edwards said Friday that, while Louisiana faces huge road and bridge problems, he is not ready to spell out how much he will recommend to improve transportation.

"You are going to hear from us soon," Edwards said in a 20-minute address to transportation and other groups.

"I want you to know my support for transportation is unyielding," he said. "We want to be bold."

A task force named by the governor in December recommended a $700 million yearly increase in road and bridge spending.

Before funding for transportation overhaul becomes reality, three key questions must be answered

While a special panel named by Gov. John Bel Edwards has called for $700 million a year in …

The panel also said an increase in the state gasoline tax is the most reliable way to raise the money.

The tax would have to rise by 23 cents to generate nearly $700 million annually, if that is the sole source.

The governor and lawmakers are embroiled in a special session to find ways to address a $304 million shortfall for the financial year that ends June 30.

Shawn Wilson, secretary for the state Department of Transportation and Development, told the group after Edwards spoke that issues surrounding the special session delayed an announcement on the administration's transportation package.

If the governor unveiled a sweeping proposal in the midst of arguments over spending cuts, including transportation, chances for passage could be crippled, officials at the meeting said.

The transportation debate will unfold in the 2017 regular session, which begins on April 10.

Edwards noted that Louisiana is ranked 8th worst in the U. S. for pavement conditions, 3rd worst on structurally deficient bridges and he said DOTD has closed eight bridges this year because of deficiencies.

"And that follows a record number of (closed) bridges last year," he said.

"We can point to 30 years of inaction that led to where we are today," Edwards said.

The meeting was held by the American Council of Engineering Companies of Louisiana, Louisiana Associated General Contractors and the Louisiana Asphalt Pavement Association, among others.

The governor said he has been surprised at partisan disputes over the need for road and bridge improvements.

He said he has kept transportation promises he made in 2015, including more capital improvement dollars for transportation, increased spending for ports and an end to transferring road and bridge dollars to State Police.

"I know that is not enough," Edwards told the group.

The state faces a $13 billion backlog of rank-and-file needs and a $16 billion list of "mega" projects, including a new bridge across the Mississippi River in Baton Rouge.

However, any tax hikes will require the support of two thirds of the House and Senate, always a tall order and especially so amid budget-related bickering in the past 13 months.

"It just doesn't have  to be that way," the governor said.

Edwards is a Democrat. The Legislature is controlled by Republicans.

"I need your help," he said. "I need the help of everybody in this room. We can't just keep pushing it down the road."

Some lawmakers, including House Transportation Committee Chairman Kenny Havard, R-St. Francisville, have questioned whether taxpayers would back a major hike in the gasoline tax.

That panel would be a key stop for any legislation to boost state aid for roads and bridges.

Motorists pay 38.4 cents per gallon in state and federal taxes, including 20 cents in state taxes.

However, five of those 20 pennies are used to pay off the debt from a 1989 bond issue called TIMED.

The percentage of bridges considered structurally deficient in East Baton Rouge Parish is more than double the nationwide rate, according info…

See where Iberville chief envisions new Mississippi River bridge, and why others object

If Iberville Parish President J. Mitchell Ourso has a white whale, it’s in the form of a new Mississippi River bridge connecting his divided parish.

Less than a month before the 2017 regular legislative session begins, the upcoming debate on how and whether to boost state aid for roads and …

In an unusual move, Gov. John Bel Edwards plans to piggyback on the bills of key state lawmakers to tackle Louisiana's road and bridge problem…