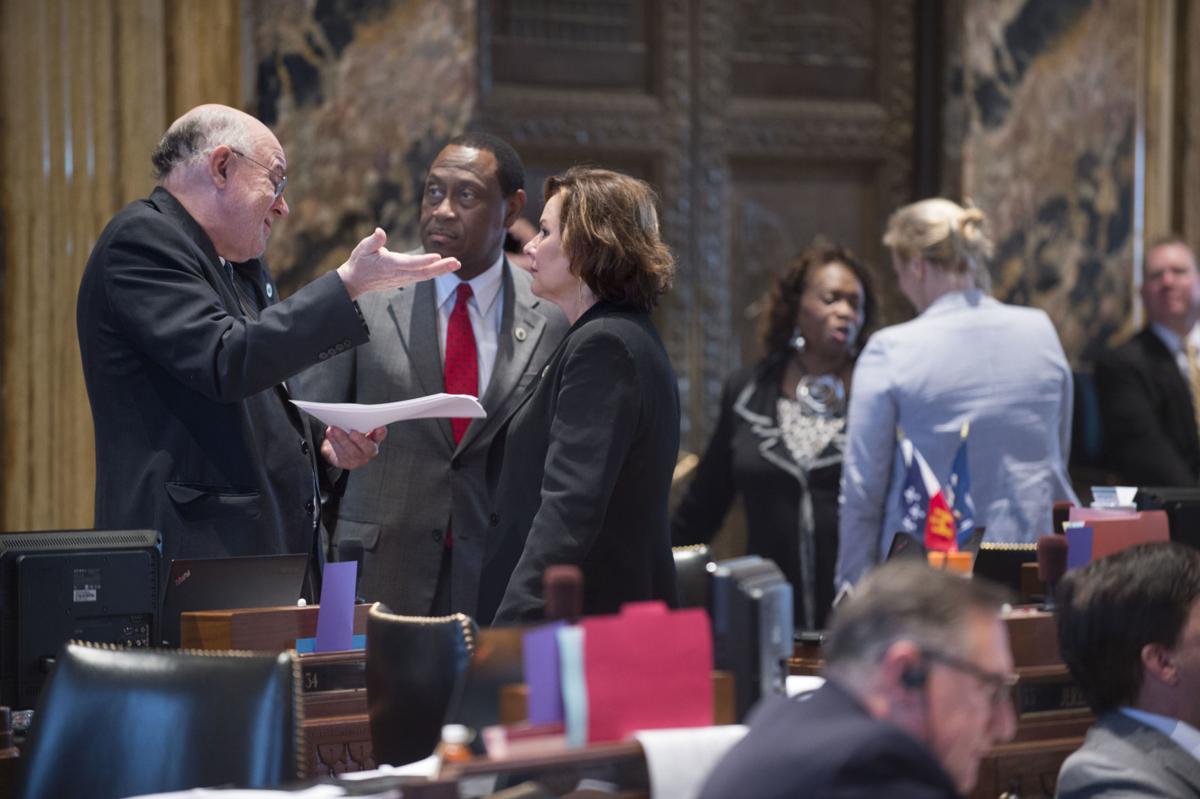 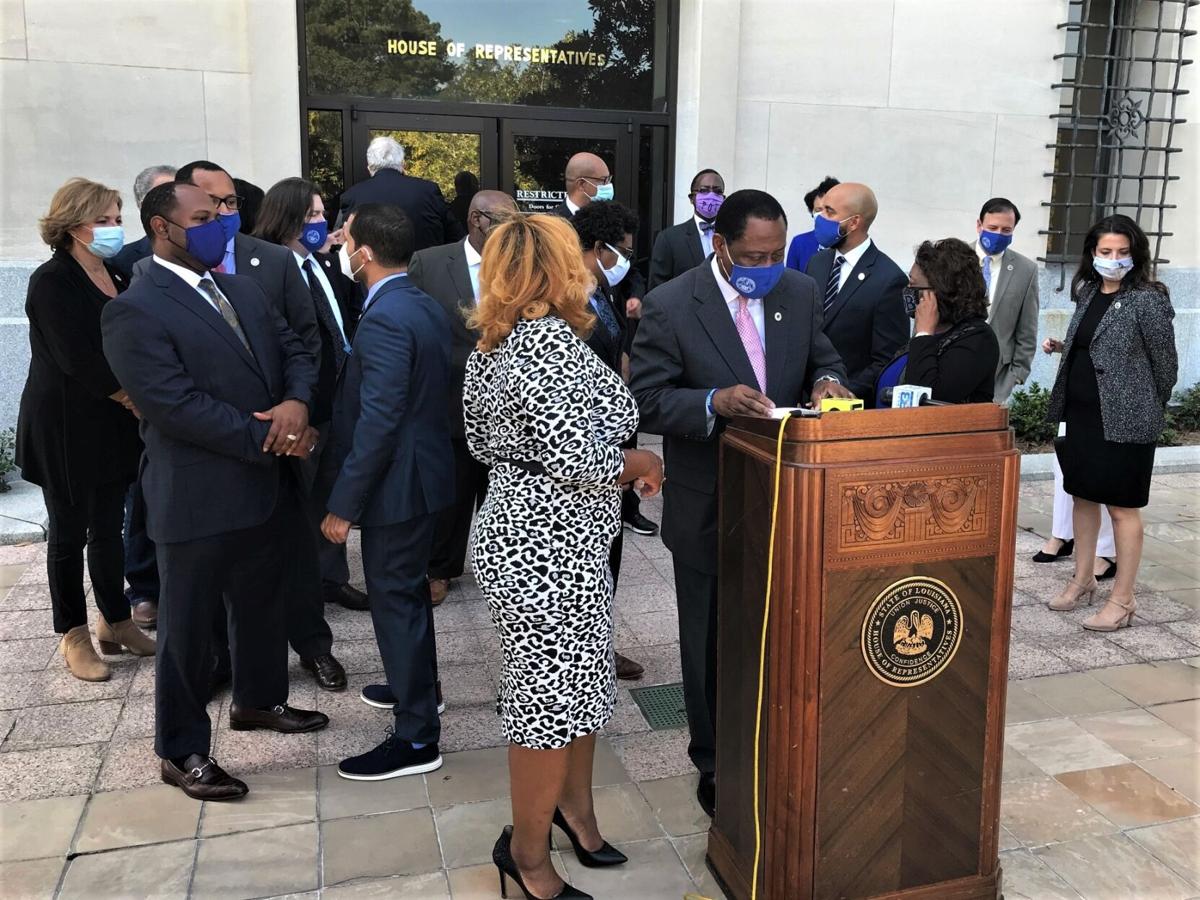 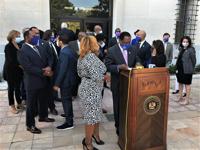 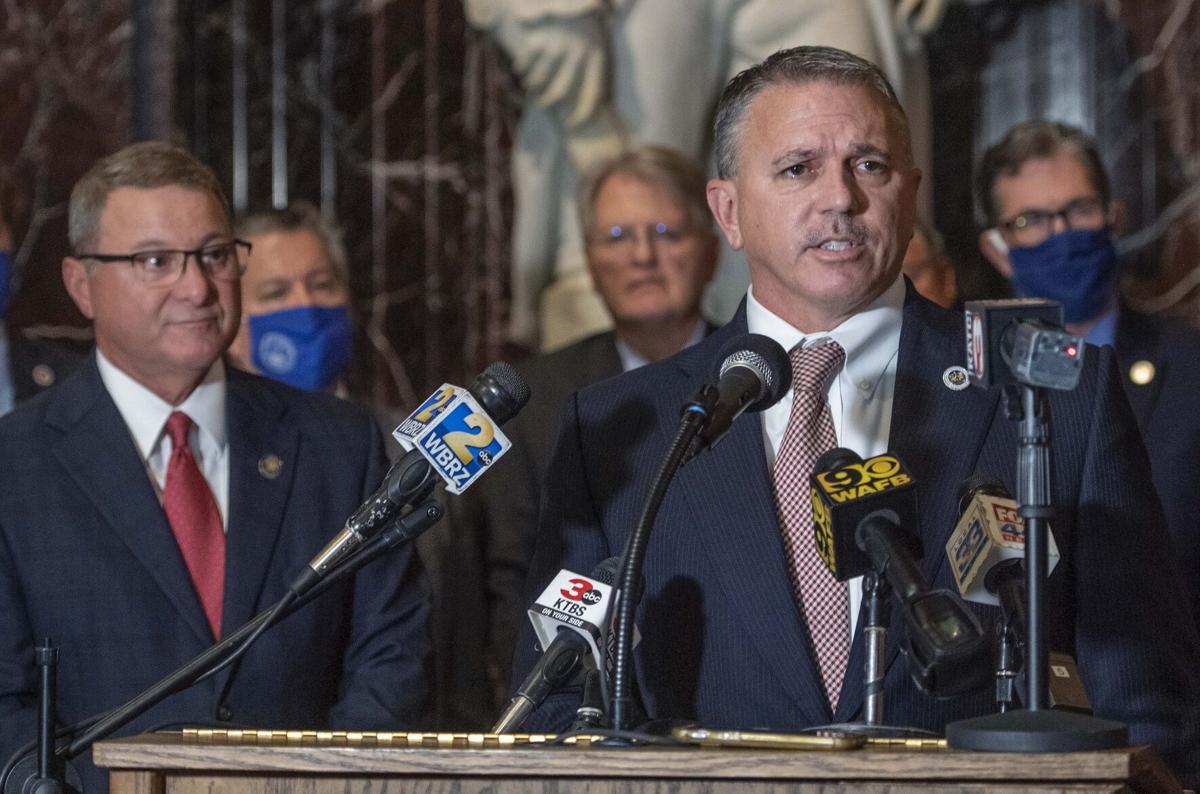 “When we talk about emergency powers. I think something ought to come out of this process, hopefully, that everybody could get behind and agree with,” said state Rep. Sam Jenkins, acknowledging that Cortez’s Senate Bill 29 is the instrument with which most Democratic legislators are most comfortable.

“I certainly know we do not need a situation where we manage a pandemic by committee. That just will not work,” said Jenkins, of Shreveport, at a press conference. He is leader of the House Democratic minority.

House Democrats noted that halfway through the month-long special session called by the Republican-majority Legislature and few measures have been forwarded that deal with recovery from the coronavirus pandemic, Hurricane Laura, and the failing trust fund that pays unemployment benefits. That was supposedly the main point of the extra meeting that ends in two weeks on Oct. 27.

Cortez’s bill has passed both chambers but with different wording. Three senators and three representatives, only one of whom is a Democrat, are negotiating the legislation’s final form.

SB29 would create a regulatory framework for legislative oversight when a Louisiana governor extends an emergency order or suspends laws for more than 30 days because of a hurricane, pandemic, or other disaster.

The measure would create a 10-member committee of legislative leaders to review emergency declarations that extend beyond 30 days. A week before any extension, the governor would have to notify the committee and the chief justice of the Louisiana Supreme Court of what’s being extended, the length of the extension and other details. The committee could hold hearings and seek witness testimony — but couldn’t reject the emergency orders.

As negotiations over how much power the Louisiana Legislature wants over Gov. John Bel Edwards’ coronavirus restrictions were set to begin in …

Cortez’s proposal initially didn’t give lawmakers other ways to stall Edwards’ emergency decisions from taking effect. The House added provisions that set out how lawmakers could negate those decisions.

Among the Republican complaints was that the governor’s office hasn’t consistently communicated with them about plans concerning COVID-19.

Jenkins noted that legislators are included in daily calls updating the pandemic’s situation.

“The governor and his staff have reached out best they could to communicate,” Jenkins said. “Anything, everything can stand some improvement but I do not think we should be going to the level as legislators crossing over into executive branch powers. Those powers are in the constitution.”