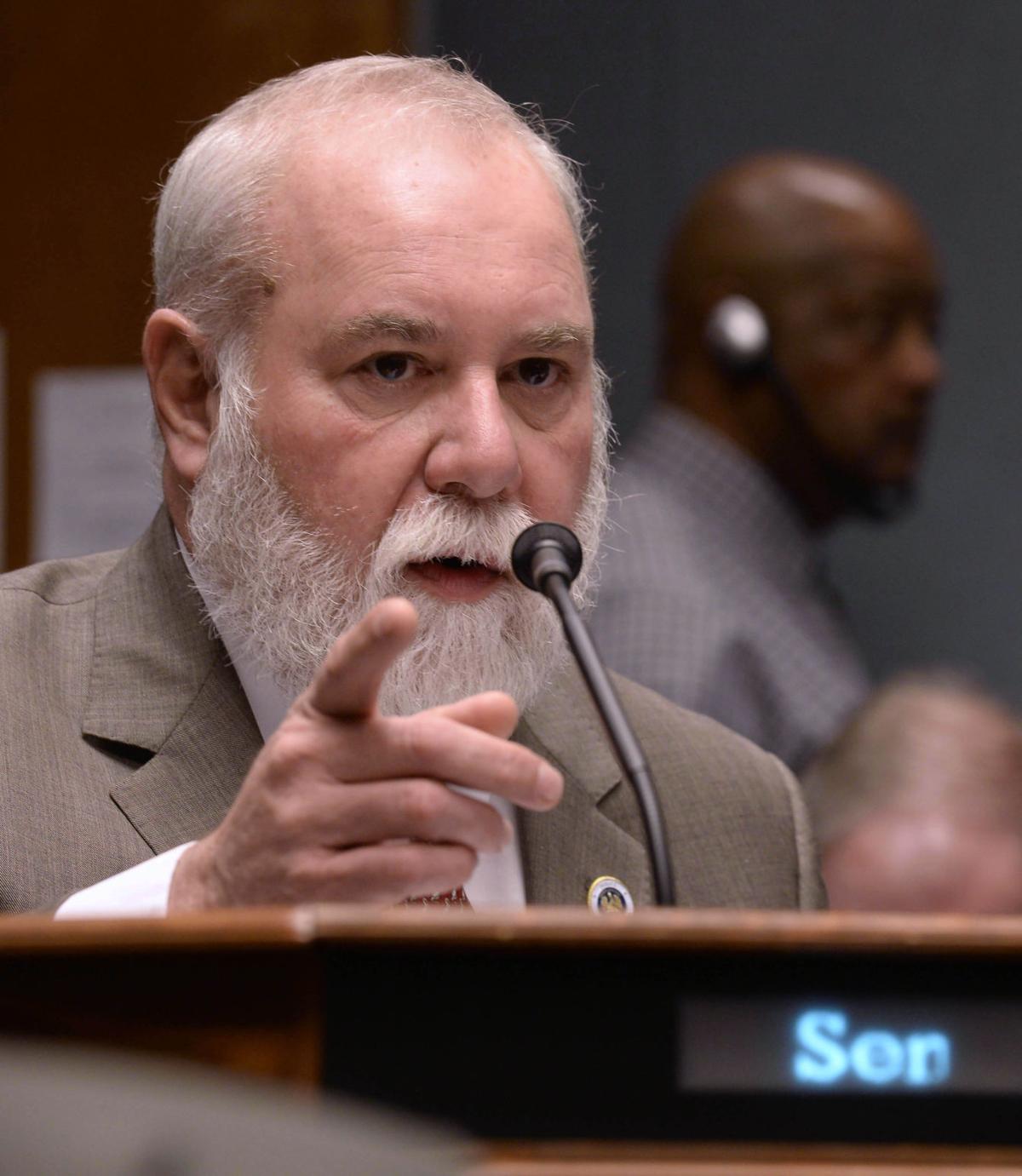 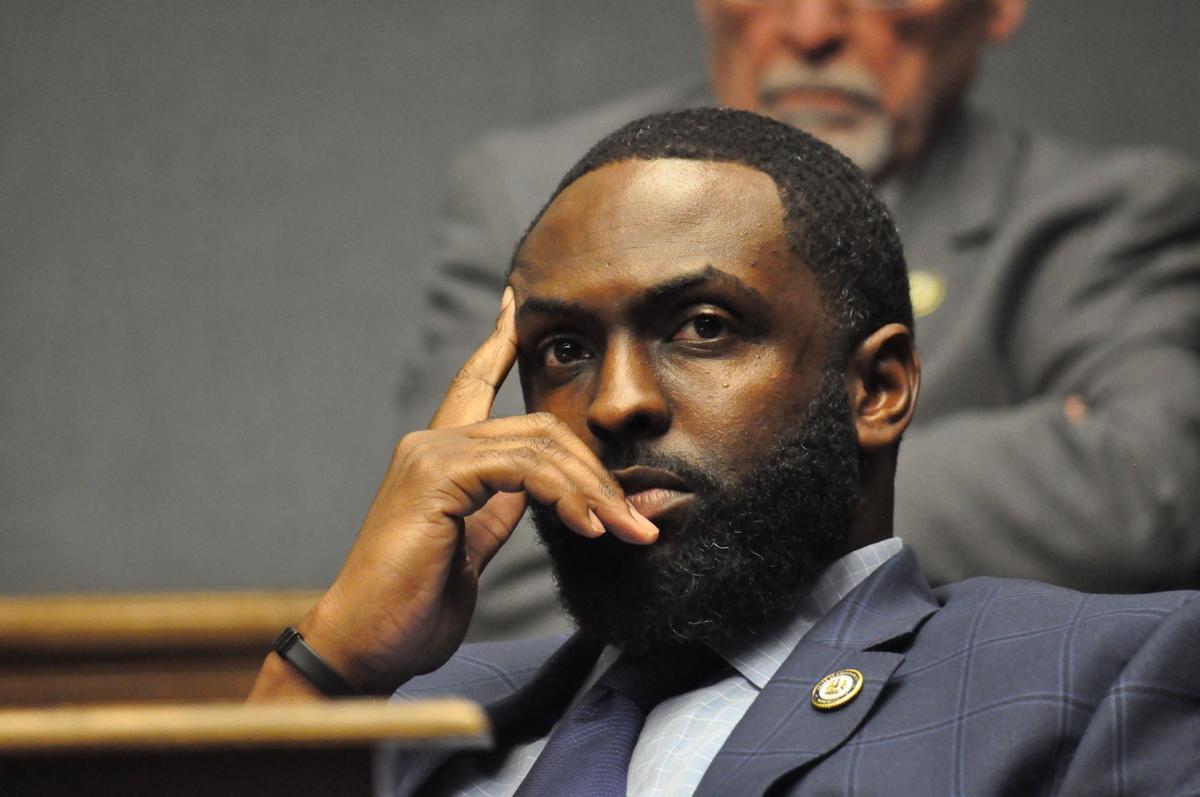 Rep. Ted James, D-Baton Rouge, announced Friday that he is a candidate to become chairman of the state Democratic Party. 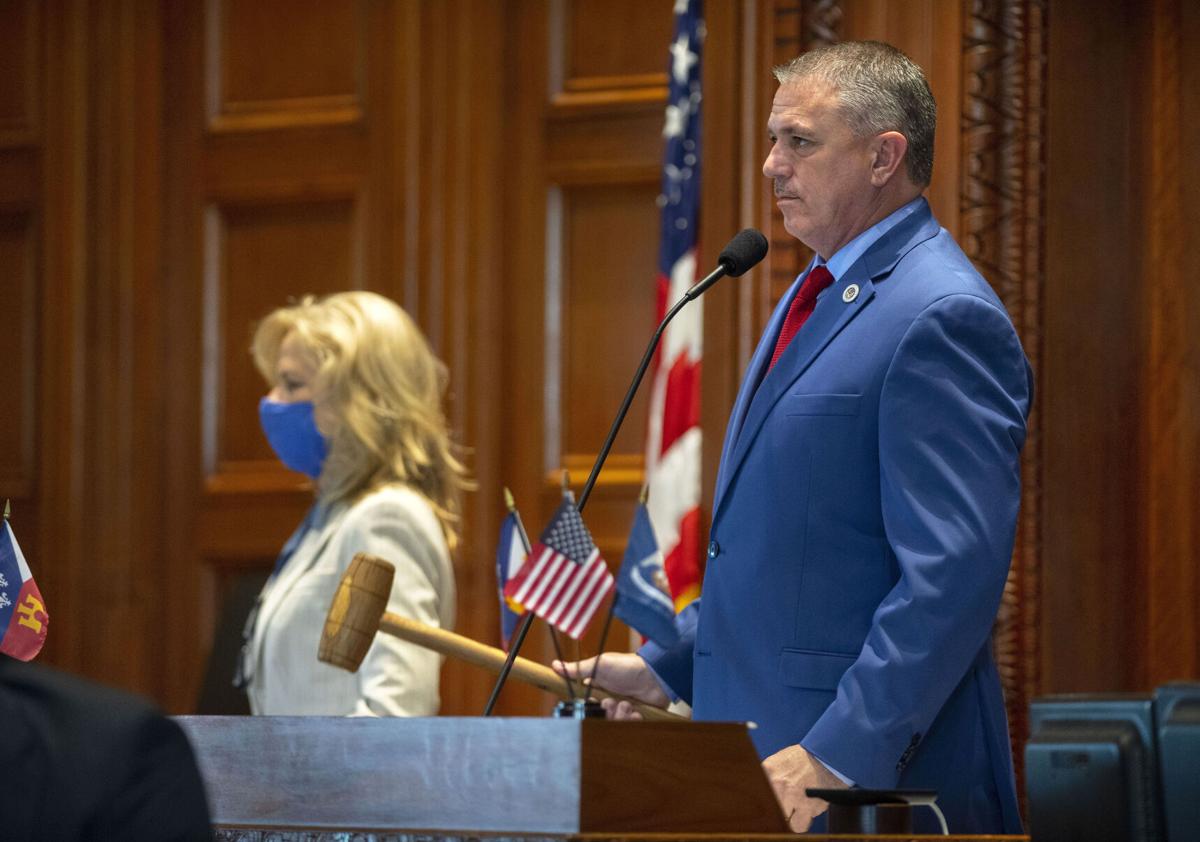 Speaker of the House Clay Schexnayder, R-Gonzales, will gavel in the first veto session of the Legislature under the 1974 Louisiana Constitution today.

Rep. Ted James, D-Baton Rouge, announced Friday that he is a candidate to become chairman of the state Democratic Party.

Speaker of the House Clay Schexnayder, R-Gonzales, will gavel in the first veto session of the Legislature under the 1974 Louisiana Constitution today.

A key piece of a complicated tax swap passed another legislative hurdle Tuesday, but the entire effort is stalled for now because of a racially charged dispute between Black and White lawmakers over an unrelated matter.

The swap is part of an ambitious effort by the Republican leadership to eliminate a popular tax break that allows individuals and corporations to deduct their federal income tax payments on their state tax returns. In exchange, they would pay lower income tax rates. Groups from across the political spectrum have supported the plan, which tax experts have recommended for years, and which is not supposed to result in a change in net revenue for the government.

The latest piece of the package to advance was Senate Bill 159, which won approval from the House Ways and Means Committee without objection.

If approved by the Legislature and voters, the tax revamp would have little impact on individual or state finances, according to a legislative analysis. But Allain, noting that the state’s population is growing more slowly than neighbors’, said lowering the listed top tax rate would make Louisiana seem more attractive to investors.

Allain also noted that, under current law, if President Joe Biden and Congress raise taxes -- as Biden wants to do -- Louisiana taxpayers would deduct those higher tax payments on their state taxes, and the state treasury would end up with less money.

“It would create a huge fiscal cliff for the finances of the state,” Allain said.

But for now, SB159 joins the Bishop and Riser tax measures that are stuck on the House floor, caught up in the unrelated racial quarrel.

“I think cooler heads need to prevail,” Allain said in an interview.

For two weeks, Black lawmakers have been pressing for the removal of state Rep. Ray Garofalo, R-Chalmette, as chairman of the House Education Committee after he pushed forward with House Bill 564 two weeks after being warned privately that doing so would be racially divisive. Garofalo inflamed the situation that day by saying educators could teach “the good” about “slavery.” Though he immediately retracted the comment, video of the episode went viral, and Black lawmakers have been asking for Garofalo’s removal ever since.

The decision whether to remove Garofalo lies with Speaker Clay Schexnayder, R-Gonzales.

Ideologically, Schexnayder is an orthodox conservative who lines up with the Republican majority. But Democrats – including the 27 members of the House Black Caucus – provided the votes to elect him speaker in January 2016 over a more conservative Republican. Since then, Democrats have praised Schexnayder for keeping an open line of communication with them, even if he usually votes against them.

Taking the lead for the Black lawmakers is state Rep. Ted James, D-Baton Rouge, the chair of the Black Caucus.

In an interview Monday, James said Black lawmakers would use their leverage to withhold their votes on the tax swap until Schexnayder replaces Garofalo. Passing the tax swap package requires at least 70 votes, a two-thirds margin, a heavy lift for Schexnayder in the 105-member House since about 20 conservative Republicans oppose all measures that raise taxes in one form or another, even if the net result doesn’t amount to a tax hike.

Privately, other Black lawmakers have suggested alternatives to demoting Garofalo as a way to satisfy them.

On Tuesday, James and Schexnayder left the House floor for several minutes to meet in the speaker’s office.

The normally loquacious James issued a terse “no comment” afterward.

Schexnayder had brushed by a reporter earlier without responding to a question about Garofalo.

For years, tax experts have called on state legislators to carry out a complicated swap that would eliminate a popular tax break in exchange f…