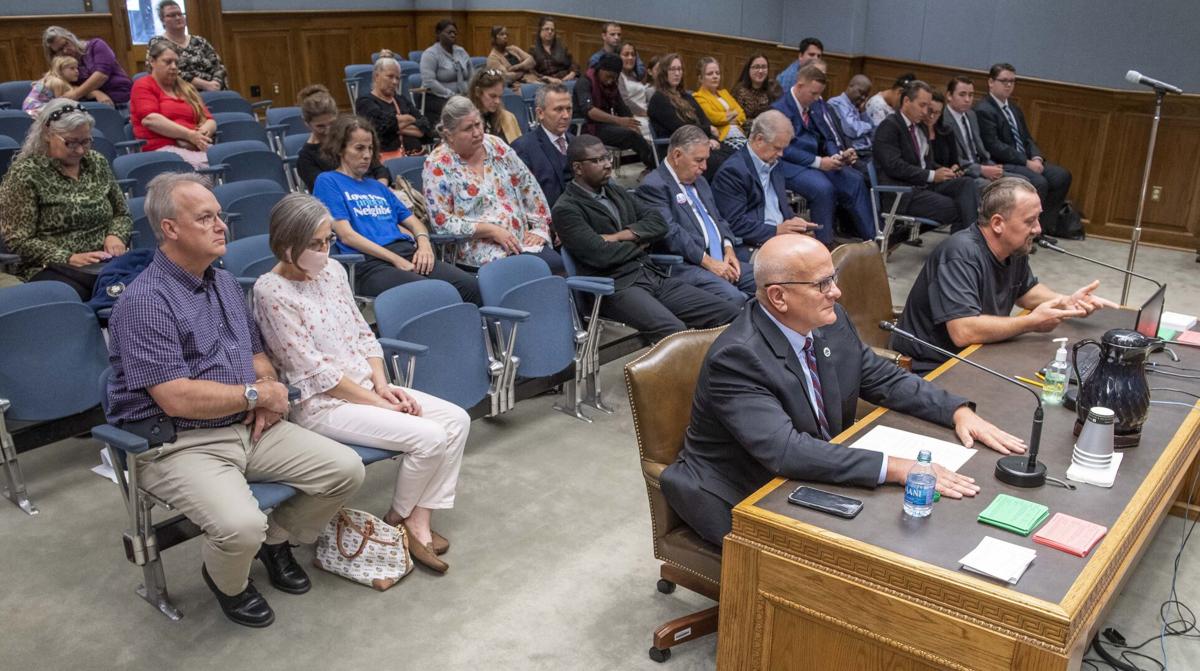 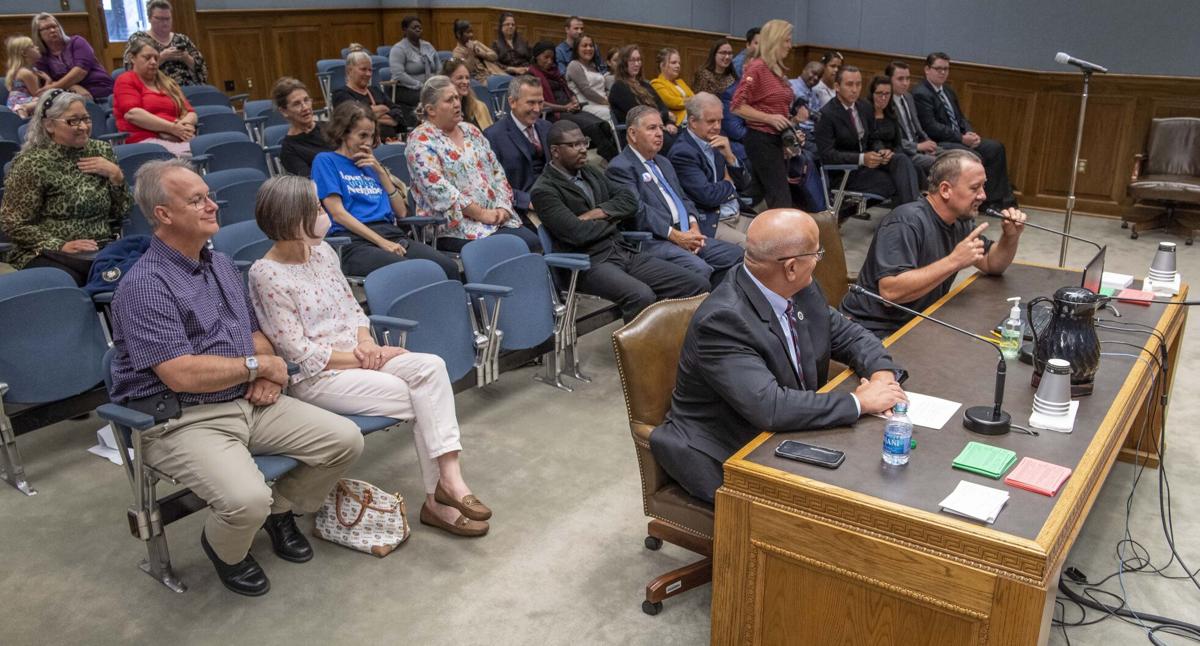 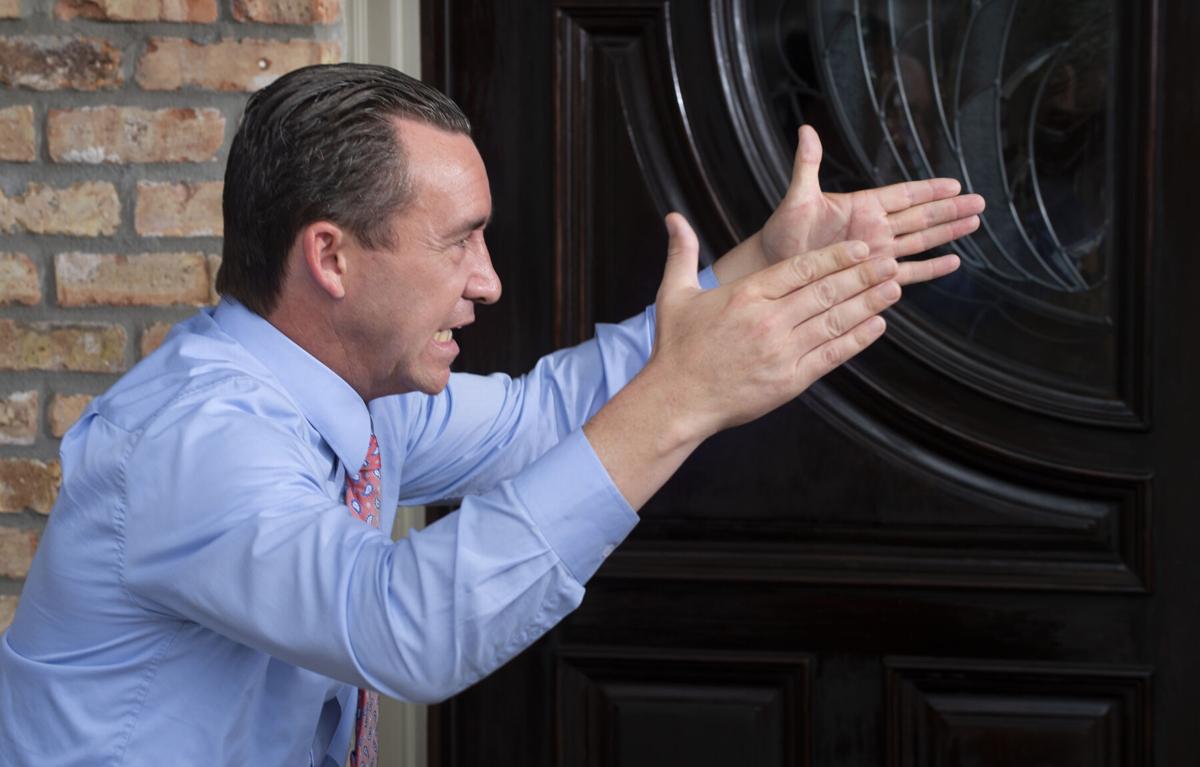 Controversial Life Tabernacle Church pastor Tony Spell talks Wednesday, May 13, 2020, just outside the front door of his residence behind the church. 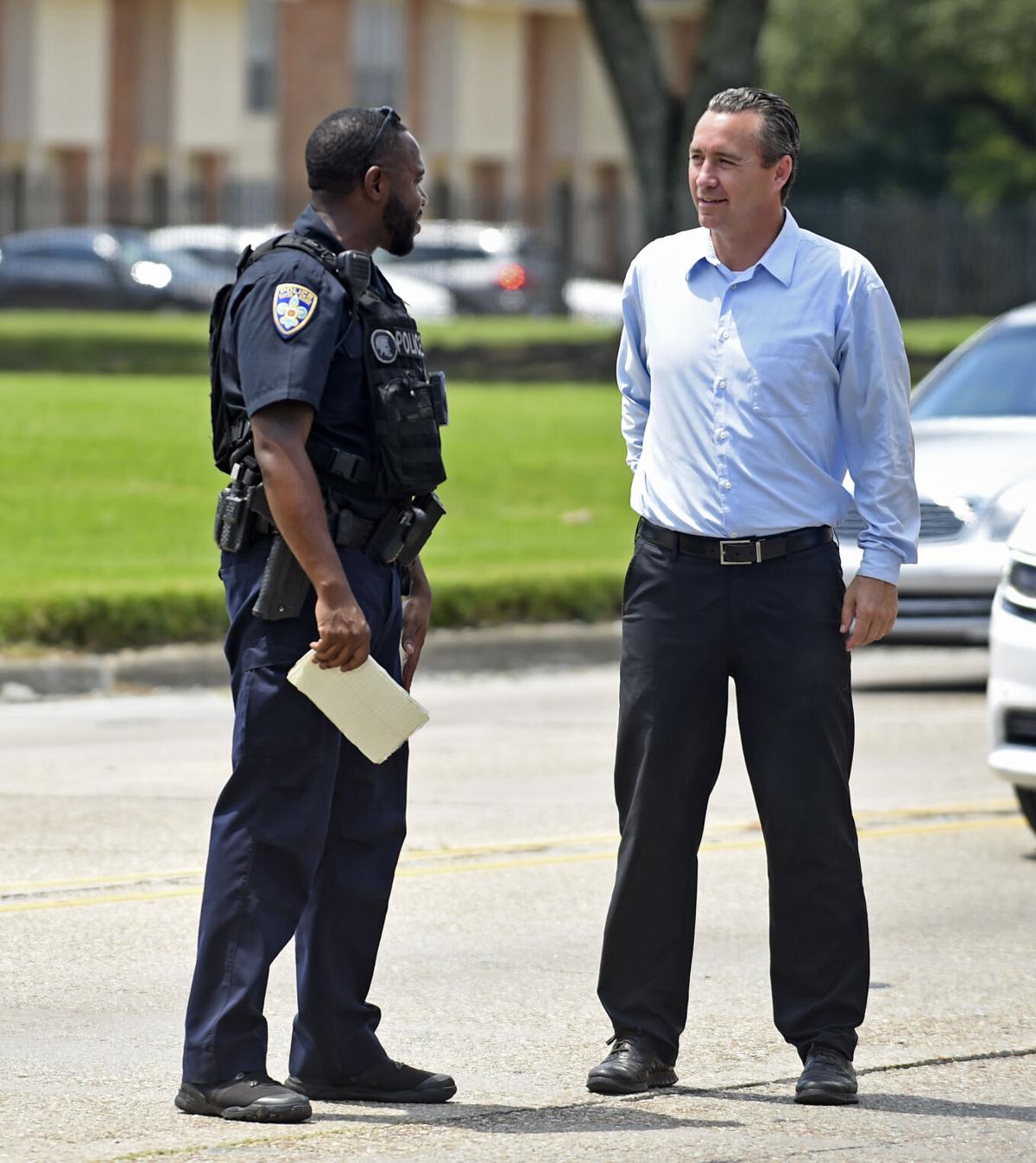 Pastor Tony Spell, right, speaks with an officer after a bus affiliated with Life Tabernacle Church was involved in an accident with injuries, August 15, 2020, on Greenwell Springs Road in Baton Rouge, La.

Controversial Life Tabernacle Church pastor Tony Spell talks Wednesday, May 13, 2020, just outside the front door of his residence behind the church.

Pastor Tony Spell, right, speaks with an officer after a bus affiliated with Life Tabernacle Church was involved in an accident with injuries, August 15, 2020, on Greenwell Springs Road in Baton Rouge, La.

The Rev. Tony Spell, who was charged with a half-dozen misdemeanor offenses for violating coronavirus-gathering restrictions, called Democratic Gov. John Bel Edwards "godless" during his testimony in favor of the legislation. Spell also said eight members of his congregation were fired from their jobs because they didn’t go along with the coronavirus restrictions.

Members of his Life Tabernacle Church in Central recounted for the House Administration of Criminal Justice Committee instances when they were reprimanded by employers for not taking COVID tests because they had attended services at the church. Hardly anyone attending the hearing wore a mask.

Through his lawyer, Central pastor Tony Spell pleaded not guilty Tuesday to a half-dozen misdemeanor offenses alleging the Pentecostal preache…

House Bill 9, by Rep. Danny McCormick, would provide immunity for those arrested for assembling in church. The proposal also would be retroactive back to March 11, which coincides with directives to stay at home and limit public gatherings to 10 people in order to mitigate the spread of the highly infectious and often deadly COVID-19.

The East Baton Rouge District Attorney’s office filed a bill of information charging Spell with the misdemeanor infractions that carry a $500 fine and up to 90 days in jail. Spell said he’s not guilty.

Judge rejects Central pastor's lawsuit against governor; he is released from house arrest

“Some people didn’t attend church just out of the fear of being arrested and humiliated,” McCormick said. “We need to send a clear message to Louisiana that our religious freedoms are alive and well.”

McCormick, an Oil City Republican, organized a protest in May outside the Governor’s Mansion that featured a number of officials with Spell’s church – the pastor couldn’t attend because he was under house arrest – and those in attendance at the protest were fed by Life Tabernacle.

“As an American, it makes me sad that this bill is necessary,” said state Rep, Alan Seabaugh, R-Shreveport.

“It places the responsibility of one’s health on that individual,” state Rep. Tony Bacala, a Prairieville Republican, said of HB9.

Jeffrey S. Wittenbrink, a Baton Rouge lawyer who is representing Spell in federal and state court actions, said Edwards overstepped his authority in issuing declarations that diminished the constitutional protections for freedom of religion by limiting the size of in-person church services. Though the courts generally frown upon passing laws that can go back in time and disrupt what had been legal, HB9 is clarifying existing law that was applied incorrectly so would overcome that reluctance, Wittenbrink said.

At one point the legislative hearing turned into a debate over the meaning of the Biblical book of Romans.

Criminal Justice Committee Chair Ted James, D-Baton Rouge said Romans 13:8 clearly tells believers that they should obey civil laws. But other interpretations of Romans postulates that its writer, the Apostle Paul, dealt with the governance of the church and not of civil government, Spell countered. The meaning of Romans has been a difference of opinion among theological scholars for centuries.

Spell said his reading means, “I owe no man anything, especially a godless governor who denies that I have been prosecuted for my faith.”

James interrupted to admonish Spell for questioning the governor's faith. The governor frequently links his Roman Catholic beliefs to how he looks at policies.

“Why have I been arrested and why was an ankle bracelet put on me for 21 days and did not allow me to leave the front door of my home?” Spell said.

“You broke the law,” James replied. “But we’re not going to question the religious faith of the governor.”

Bacala, a retired deputy, noted that Romans is a guiding authority for police officers and his personal interpretation is that the Biblical passage allows the Legislature to correct what he called an oversight in Edwards’ health emergency declarations. “My vote needs to be a vote for what I think God wants me to do, which is open the churches,” he said.