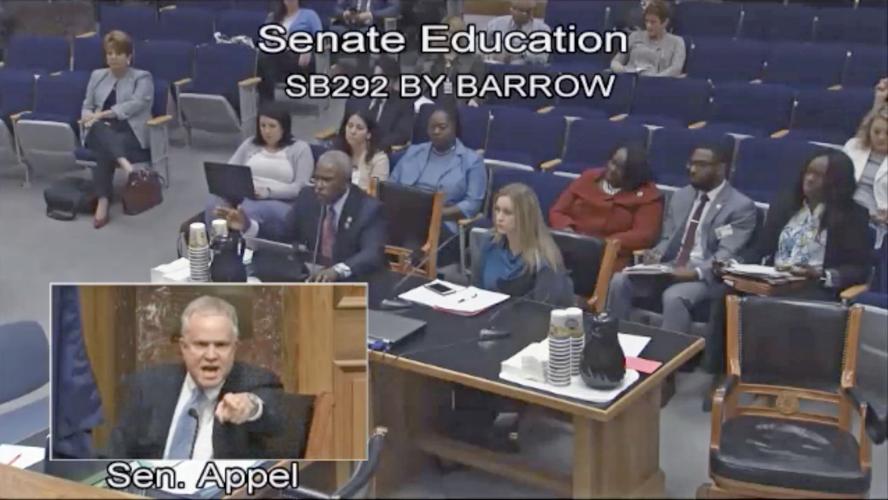 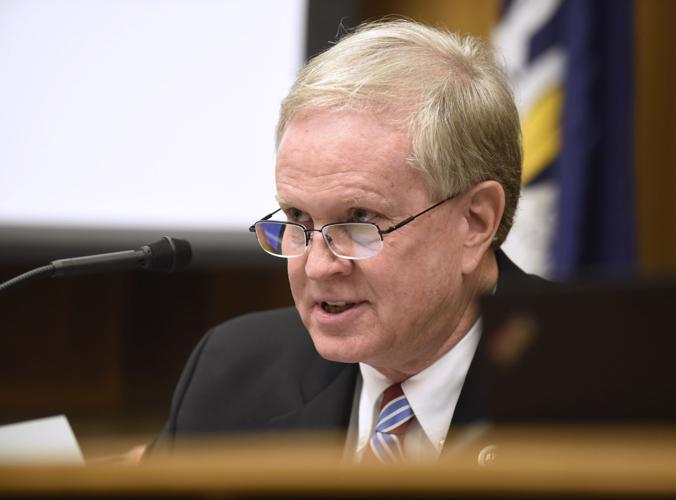 In a session already marred by short tempers, two lawmakers Thursday engaged in a heated racial exchange over a bill that would impose a moratorium on charter schools.

The verbal fisticuffs, which quickly became the talk of the State Capitol, took place between Sen. Conrad Appel, R-Metairie, a veteran member of the Senate Education Committee, and Democratic New Orleans Rep. Joseph Bouie, the former head of the Legislative Black Caucus, who was testifying before the panel.

Bouie complained that charter schools badly need scrutiny, and that African American students were suffering as a result of the charter school "experiment."

"This is the big elephant in the room," Bouie said. "It appears the only place the benign neglect occurs is a majority African American district."

"Sir, let me tell you something. You are so far off base with your racial comments. It's disgusting," he told Bouie.

The senator said he was tired of hearing similar comments year after year.

"If there is a bunch of kids out of work that are 24 years old, it is because the goddamned city does not produce jobs for those kids," Appel, said, a reference to New Orleans.

Bouie said a recent study by Tulane University concluded there are 24,000 people ages 16-24 out of work in New Orleans. "They were youngsters who came through the experiment, charter schools," he said.

Bouie said most public school students in New Orleans are African American. "And that is true, Sen. Appel, whether you like it or not," he said.

Bouie heatedly objected to Appel's comment that Bouie had accused lawmakers of racism.

"Don't take it personally," Bouie said. "Did I call you a racist?"

The ugly exchange flared up during a lengthy discussion of Senate Bill 292, which is sponsored by Sen. Regina Barrow, D-Baton Rouge. Bouie, a member of the House Education Committee, accompanied Barrow to tout the merits of the proposal.

Charter schools are public schools run by non-governmental boards. The measure would put a moratorium on authorizing them until performance audits are done on exiting charter schools.

Barrow later shelved her bill amid opposition from panel members and leaders of education groups.

However, the verbal dustup quickly became the topic of the day in the State Capitol.

House and Senate members routinely engage in heated arguments on the merits of bills. However, it is rare when two lawmakers square off so angrily in public while stunned colleagues and those in the audience looked on.

Gov. John Bel Edwards, a Democrat, said during a weekly press briefing hours after the incident that he has noticed mounting tension and partisanship in the Capitol.

Edwards was a House member before he was elected governor in 2015.

Bouie is a retired education administrator. Appel is a 10-year veteran of the committee and its former chairman.

After the meeting, Bouie said Appel misconstrued his comments about the impact of charter schools. "I just simply said that the situation for students who have been most impacted are African American students," he said.

"That is the truth," Bouie said. "In my town, 95 percent of the students in school are African American."

The senator said later that Bouie was trying to draw a link between unemployment among black youngsters with the failings of charter schools.

"The simple fact is there are not jobs being created in New Orleans," Appel said.

Charter schools have all but taken over the New Orleans public school landscape.

Backers say the schools have improved a public school system that, before Hurricane Katrina struck in 2005, was regarded as one of the worst in the nation. Critics contend many of the schools have failed to live up to promises that they would offer students innovative classrooms, and be models for traditional schools.

"The truth is we know most of them are failing schools," Bouie said in an interview.

Appel said there is widespread agreement that public school achievement has dramatically improved since Katrina. "Anybody who can defend going the other direction is not doing service to the children of Louisiana, the children of New Orleans," Appel said afterwards.

Barrow said most charter schools in Louisiana are rated C, D or F.

Opponents of the bill said the schools already face scrutiny, and are closed if they fail to meet performance standards.

While the regular session began on March 12, tempers are short after the recent, unsuccessful special session on state financial problems. Short tempers were evident on Monday when the full House met into the evening.

Johnson said that, while Bouie made a fact-based presentation, "our Legislature must find a way to return to civility, and to embrace facts as the basis for our decisions."

"Dr. Bouie presented facts with civility," he said. "His example is one we should all follow."

Legislative work schedules are more intense than the normal, leisurely pace that usually marks the first weeks of a session.

Edwards and House and Senate leaders have discussed finishing the regular session ahead of the scheduled June 4 adjournment date.

The aim is to give lawmakers more time, at less expense, to resolve budget problems before July 1, when the state faces a roughly $700 million shortfall.