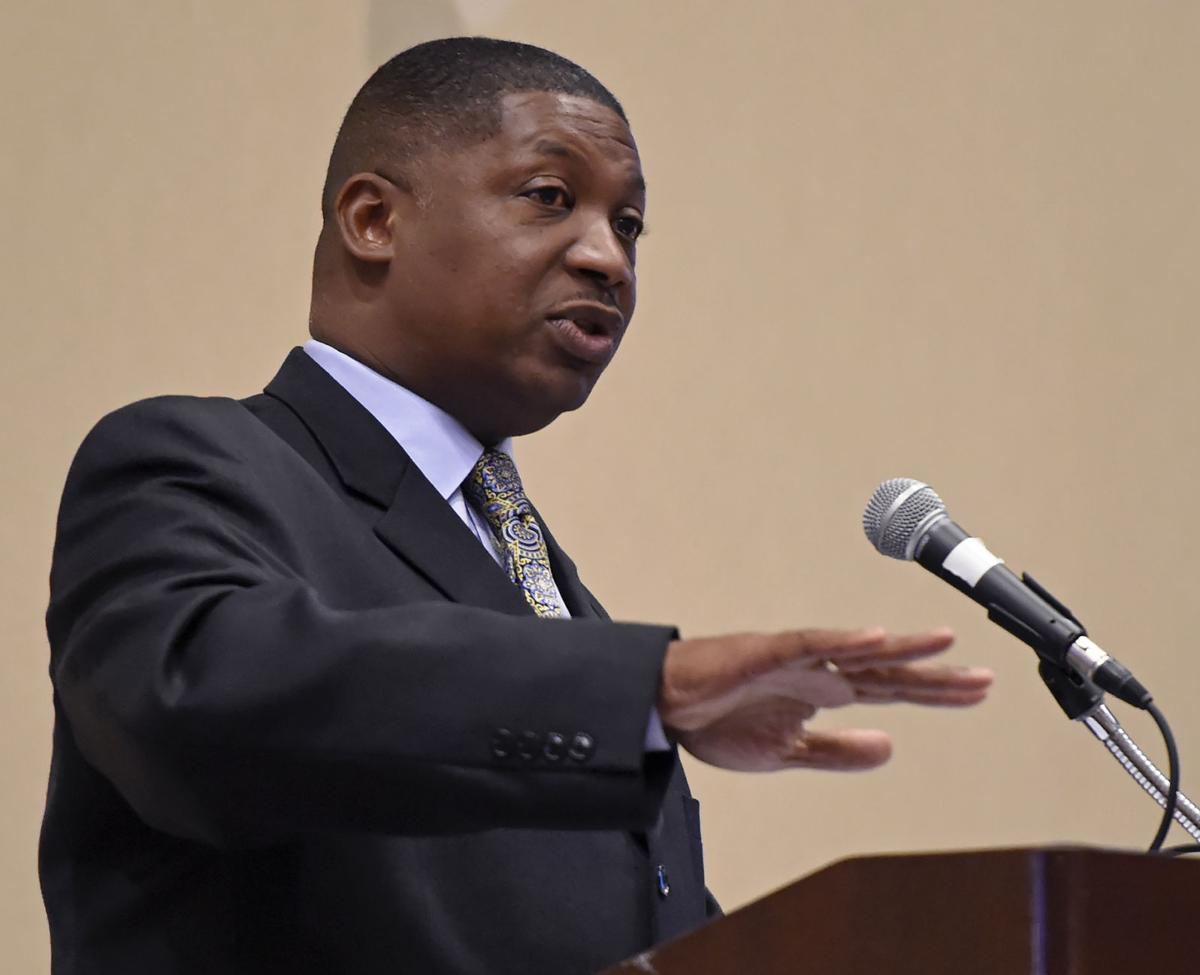 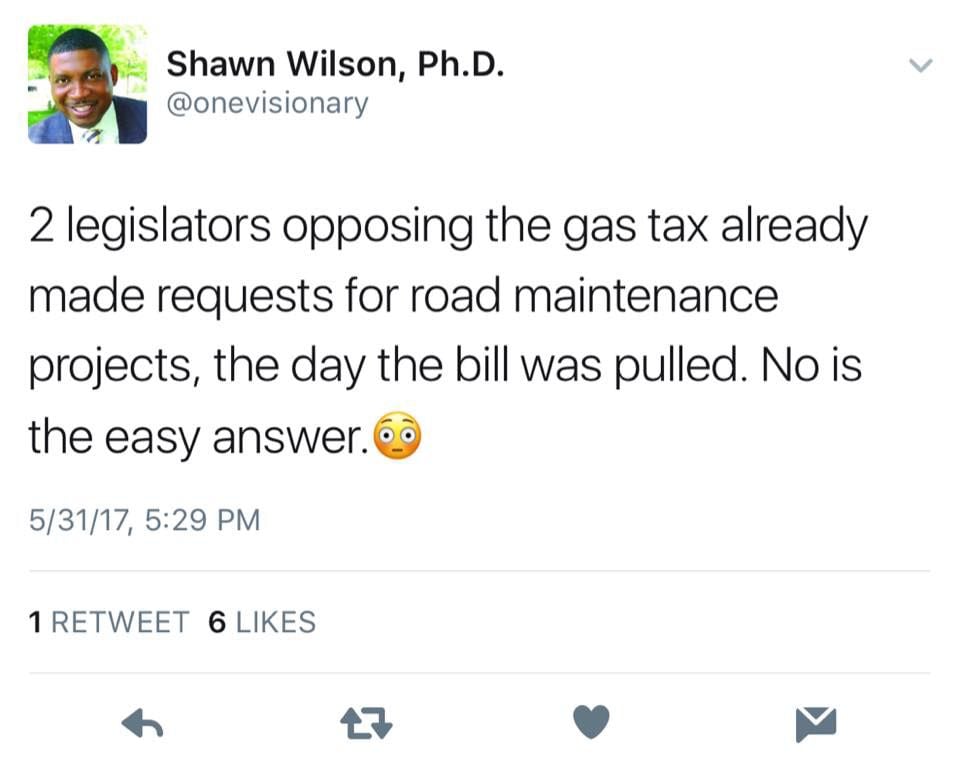 The group made their complaints in a letter to Gov. John Bel Edwards, who like Wilson backed the gas tax increase that died in the House on Wednesday.

Moments after the measure died Wilson, in a tweet, said "2 legislators opposing the gas tax already made requests for road maintenance, the day the (tax) bill was pulled."

"No is the easy answer," according to Wilson's tweet.

"This is a very inappropriate statement made by the DOTD secretary embodying what is wrong with politics," the lawmakers said in their letter to the governor.

"In the eyes of many members, it is being viewed as utilizing tax dollars as retribution for a vote," according to the letter. 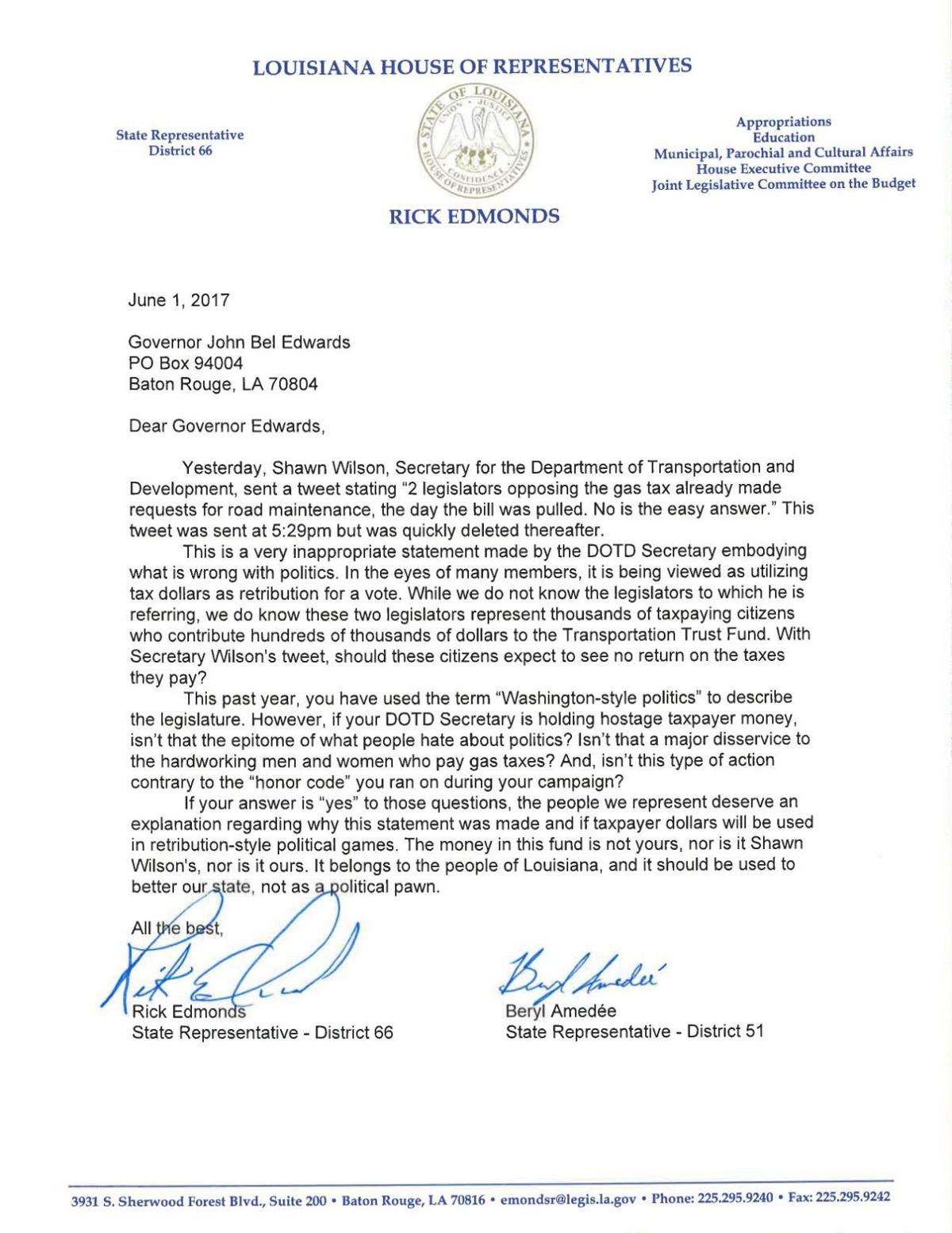 "While we do not know the legislators to which he is referring, we do know these two legislators represent thousands of taxpaying citizens who contribute hundreds of thousands of dollars to the Transportation Trust Fund," it says. The TTF is the source of road and bridge dollars.

In a telephone interview Thursday night, Wilson said his message was misunderstood.

He said he was trying to convey that, amid scare resources, it is hard to say yes to aid requests for all lawmakers, whether they backed the gas tax increase or not.

"I am sorry for the confusion," Wilson said.

Among those signing the letter are Rep. Lance Harris, R-Alexandria, chairman of the House Republican caucus and House Appropriations Committee Chairman Cameron Henry, R-Metairie. Harris and Henry were both viewed as opponents of a bill by state Rep. Steve Carter, R-Baton Rouge, to raise the gasoline tax by up to 17 cents per gallon, or $510 million per year.

Carter said he planned to trim that request to a 10 cent hike, or $300 million annually, but backers were unable to round up the needed two-thirds support for that either. He pulled the bill without a vote.

In an odd twist, the death of the bill sparked a flurry of angry House speeches on the merits of the push for more transportation aid, which included Wilson as one of its leaders.

Rep. Alan Seabaugh, R-Shreveport, who signed the letter to Edwards, denounced Carter's bill and said his constituents do not want a tax increase.

Harris and Henry have been in a session-long dispute with the Democratic governor on how to fix state budget problems, with tempers rising in recent days as the June 8 adjournment nears.

"This past year you have used the term 'Washington-style politics' to describe the Legislature," the letter says. "However, if your DOTD secretary is holding hostage taxpayer money, isn't that the epitome of what people hate about politics?"

The governor's office did not immediately respond to a request for comment.

Shawn Wilson, secretary for the state Department of Transportation and Development, said Friday a tweet he sent after the death of a bill to r…

State Rep. Rick Edmonds defends his "doing nothing on taxes" as looking out for middle-income families and small businesses. Well, raise taxes…

Next debate on a higher gas tax? Likely be 2021, at the earliest

The death of the push to raise Louisiana's gasoline tax not only ended the issue for 2017.