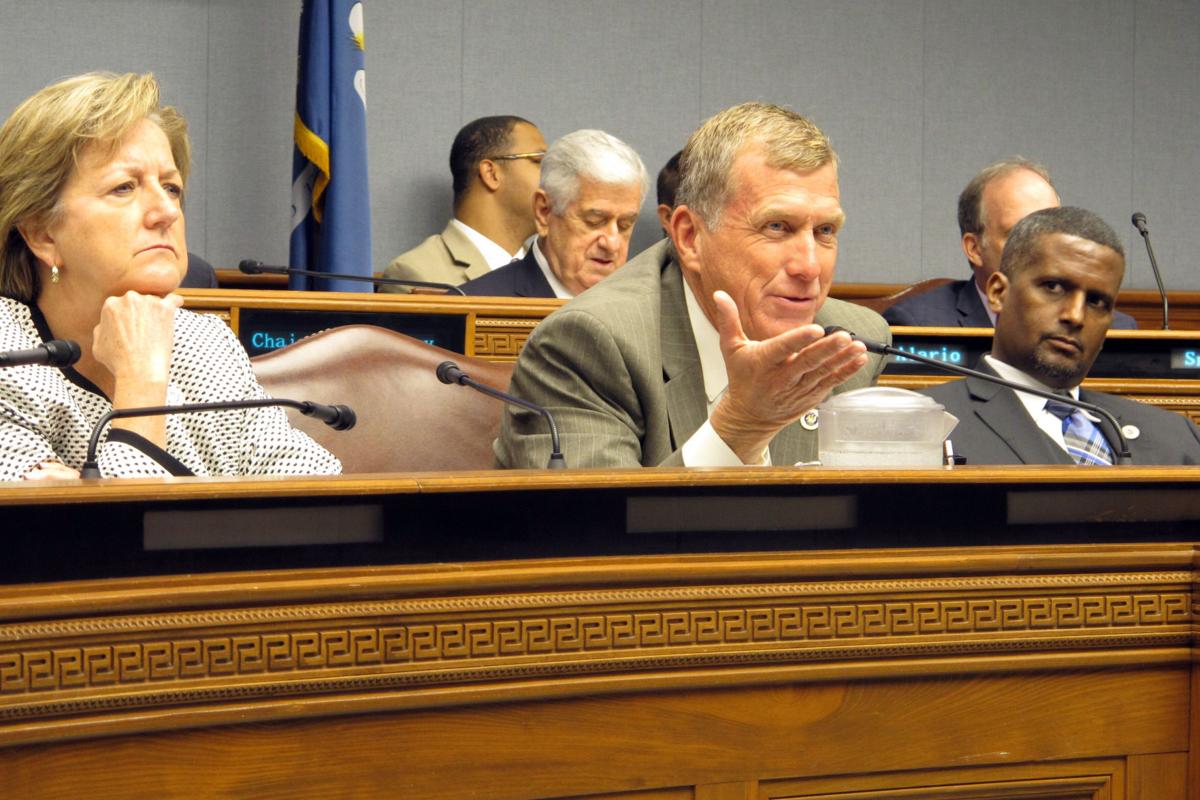 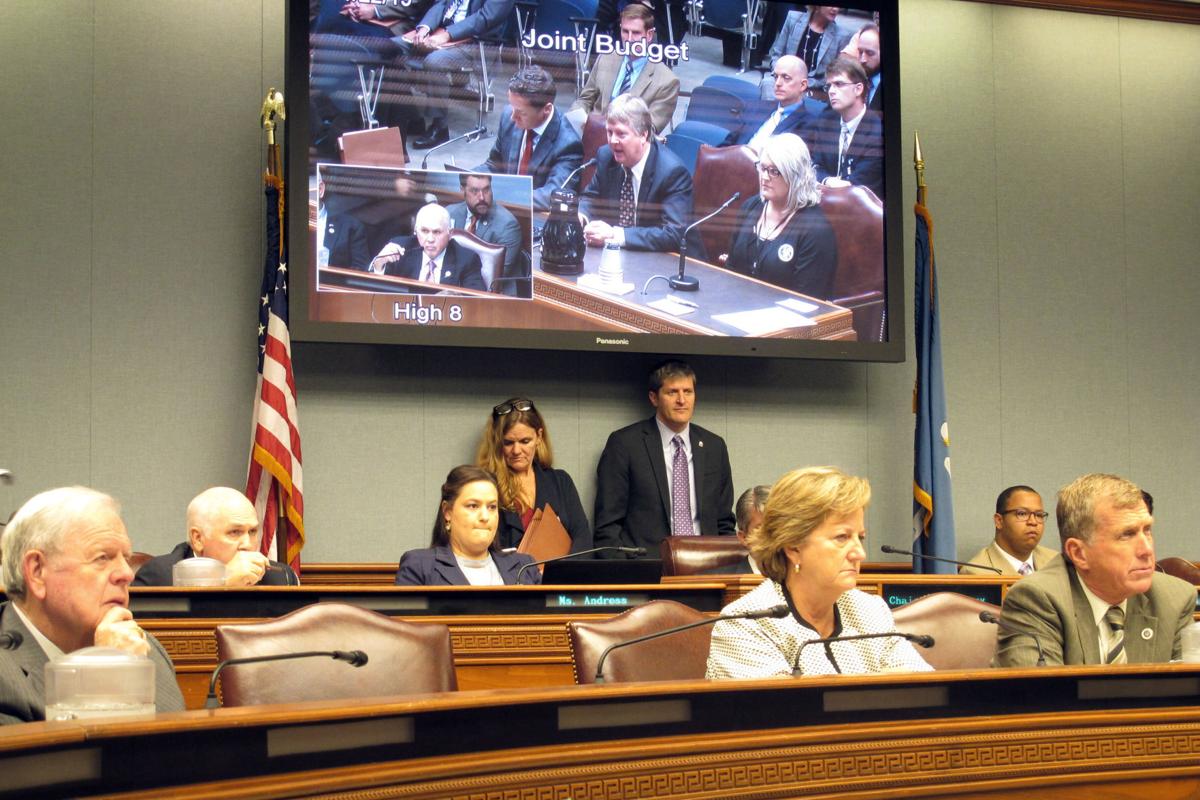 Lawmakers on the Joint Legislative Committee on the Budget listen to officials with Gov. John Bel Edwards' administration discuss a cyberattack against state government computer servers, during a meeting Friday, Nov. 22, 2019.

Lawmakers on the Joint Legislative Committee on the Budget listen to officials with Gov. John Bel Edwards' administration discuss a cyberattack against state government computer servers, during a meeting Friday, Nov. 22, 2019.

Monday’s ransomware attack, which crippled about 10% of the state’s computer network servers just hours after votes were tallied in statewide elections for governor, legislative seats and other positions prompted many to look for intrigue, a legislative panel heard Friday.

"A lot of the conspiracy theorists are calling me,” said state Sen. Bodi White, R-Central. He questioned whether the attack, which kept many in state government from using their computers throughout much of the week, could cause problems for certification of election results or changed numbers in election returns.

“Nothing impacted our system,” Ardoin said in an interview Friday.

While Louisiana Office of Motor Vehicles remains closed from cyber attack, troopers will use 'discretion'

The 79 locations for the Louisiana Office of Motor Vehicles won't re-open until Monday, following a weeklong closure in order to reimage compu…

The website was down for a while. But, for the most part, the election office’s databases for voters and votes are separate from the state system.

“This incident confirms our insistence not to merge systems,” Ardoin said. Former Republican Gov. Bobby Jindal wanted to combine the computer systems arguing that it would be more efficient to run everything through a single system.

During the summer, when school boards in seven parishes faced a similar ransom demand, Ardoin said his IT people updated their systems and protocols.

Five elections, all local, were recounted this week, but none were requested because of the computer problems, he said.

The elections returns will be certified early next – on schedule, Ardoin said.

Meanwhile, the Joint Legislative Committee on the Budget heard an update from the administration’s deputy chief information officer, Neal Underwood. Only about 10% of the state’s 5,000 network servers were disrupted. About 1,500 of the state’s 30,000 computers were damaged.

But no data was lost, no ransom was paid and the agency with the biggest public face, the Office of Motor Vehicles, should reopen Monday, Neal said.

OMV has 79 state-run motor vehicle offices and the 160 privately owned tag shops around the state. The computers necessary to issue drivers’ licenses, vehicle registrations and other services have been down since Monday because of a ransomware attack on the entire state computer system.

In some instances, Underwood said computer systems have to be rebuilt from the state's backup and recovery systems.

'All hands on deck' for Louisiana Office of Motor Vehicles, but doors still closed Thursday

The Office of Motor Vehicles will remain closed, perhaps through much of Thursday, but state employees will get paid on time Friday as state t…

Gov. John Bel Edwards on Friday evening declared an emergency that gives legal authority for the heads of the Office of Motor Vehicles, Department of Transportation & Development and the Department of Revenue to forgive fines and fees for people unable to take care of business because the state’s computers were down this week.

Late fees, for instance, for a driver’s license that expired between Nov. 18 and Nov. 22 are suspended until Wednesday, Dec. 4. Notices to appear at the OMV to handle violations similarly were suspended until Dec. 2.

“We know that some people may have missed filing deadlines or incurred fees because of the outage, which the emergency declaration allows us to correct so that the members of the public are not penalized unnecessarily,” Edwards said in a statement accompanying his declaration.

The order also keeps vendors from jacking up prices, beyond what is normal, and thereby taking advantage of the event. Additionally, the public bid law was suspended if strict compliance got in the way of coping with the the state computer crash.

IT operators noticed something awry among the computers at about 4 a.m. Monday. Malware was attached into the code that ordered computers to lock out legitimate users. Payment was demanded to remove the script and allow users back into the systems. It’s similar to attacks on other governmental entities around the country.

Valid credentials were used to access the state’s computer network, Underwood said. The attackers had access to Louisiana's government computer servers for "a matter of hours" before they were discovered.

Underwood said the perpetrators were professional criminals and probably not operating in this country.

"This was a sophisticated and coordinated attack," Underwood told the representatives and senators who sit on legislative money committees. "This was not some malcontent teenager in their parents' basement."

State officials plan to re-open eight of its main Office of Motor Vehicles locations Monday, a week after a cyberattack crippled Louisiana sta…