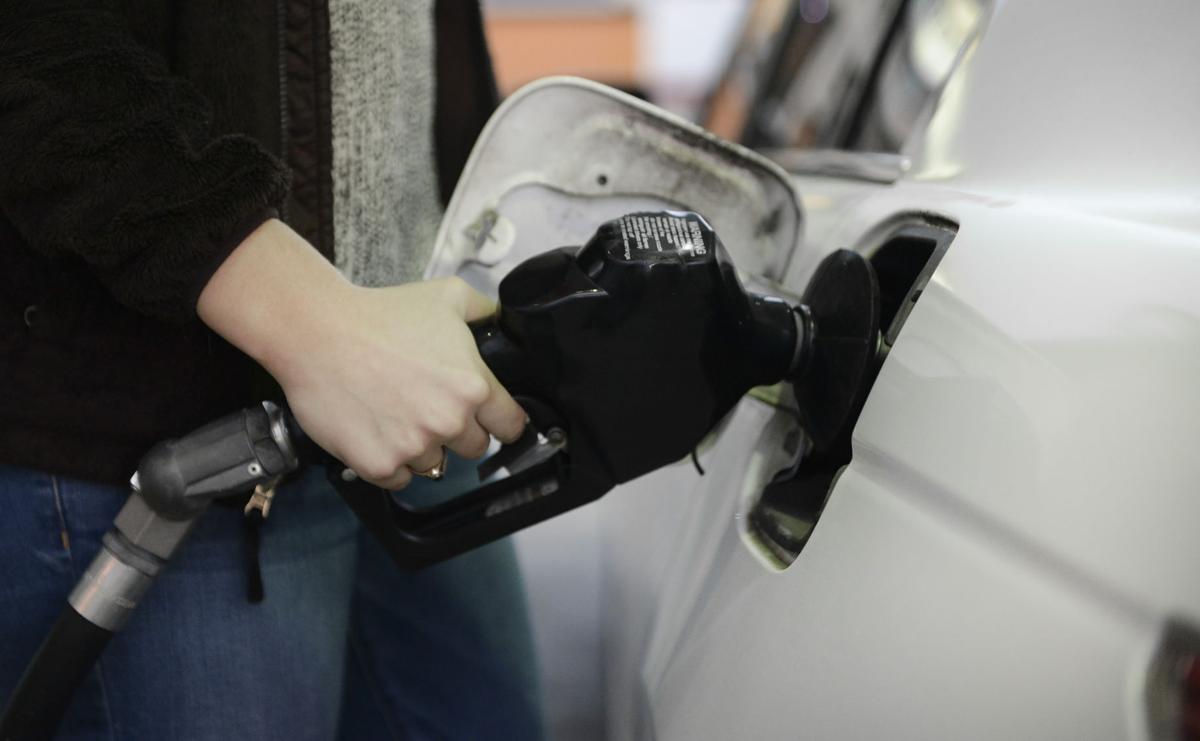 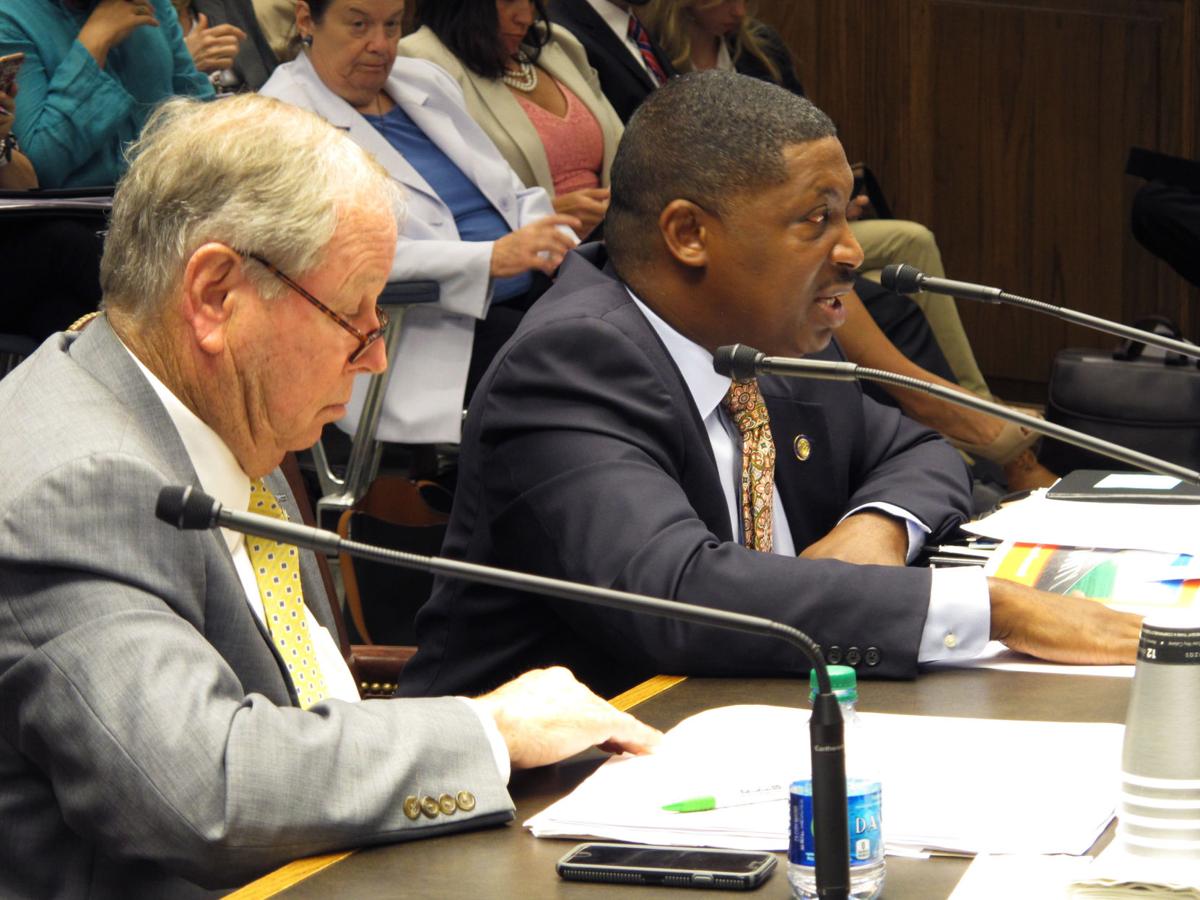 Opening a late session controversy, a House panel Tuesday narrowly approved a bill that would raise Louisiana's gasoline tax by 17 cents per gallon, increasing state aid for roads and bridges by $510 million annually.

"It is time to act," Shawn Wilson, secretary for the state Department of Transportation and Development, told the Louisiana House Ways and Means Committee.

The committee approved the bill 9-7 after three hours of debate in a jammed committee room, with an unusual coalition of five Democrats and four Republicans teaming up to endorse the measure. The winning side included three GOP members from the always congested Baton Rouge area, a sign that geography can trump political party.

All seven "no" votes were cast by Republican committee members.

The proposal, House Bill 632 by Rep. Steve Carter, R-Baton Rouge, next faces action in the full House in the final weeks of the 2017 regular legislative session.

It suddenly adds a high-profile topic to a session already engulfed in state financial problems and political bickering.

The session ends on June 8.

Supporters have to round up a two-thirds majority in the House – at least  70 votes – to send the issue to the state Senate, always a huge political challenge.

"A lot of people have to do a lot of soul searching,"said House Ways and Means Committee Chairman Neil Abramson, D-New Orleans.

Gov. John Bel Edwards, whose transportation task force in December recommended a $700 million hike, said he was "extremely encouraged" by the committee vote.

"Today's vote demonstrates that there is broad bipartisan support for both improving our state's infrastructure and embracing the accountability framework established by the task force," Edwards said in a statement.

In a bid to placate skeptics, the bill spells out how the money would be spent.

The bulk of the new dollars – about $260 million per year – would go for state priority projects, including "mega" plans like a new bridge across the Mississippi River in Baton Rouge for more than $1 billion.

Another $137 million annually would be used for road and bridge preservation, a frequent complaint of DOTD officials, state lawmakers and others.

Other money would go for non-interstate work, highway safety and multimodal projects.

In a last-minute amendment, Carter's bill would also be linked to the passage of several other measures aimed at improving taxpayer confidence in how transportation dollars are spent now.

Under the amendment, if those bills die so would the gas tax hike, which would be the first in 28 years.

"That is the one thing I am adamant about," Carter told the committee, a reference to winning voter confidence in transportation spending.

Backers of Carter's legislation repeatedly cited the state's $13.1 billion backlog of road an bridge needs and a separate, $15 billion list of "mega" projects.

All five of Wilson's predecessors as DOTD secretary, stretching back to 1992, endorsed the gas tax hike in a letter to the committee.

"We the undersigned believe our state's transportation infrastructure is in a critical stage of deterioration and can no longer provide the necessary services that our citizens demand," according to the letter.

"We have kicked the can down the road for too long," it says.

Some leaders of a coalition of roughly three dozen groups, including the Baton Rouge Area Chamber and One Acadiana,  a Lafayette chamber group, also turned out for the gathering.

Jason El Koubi, president and CEO on One Acadiana, downplayed suggestions that the state can come up with $500 million for transportation through budget cuts. "It is important to ask the question 'Do we really think that is possible'?" he said.

Opponents also turned out in heavy numbers, some wearing tags that said "Axe the Tax."

John Kay, state director of Americans for Prosperity, urged the committee to reject the bill. "People in Louisiana are hurting," Kay said.

Former U.S. Senate candidate Rob Maness said he has put 160,000 miles on his truck since 2013 and understands Louisiana has transportation problems. But Maness, representing a Shreveport-based advocacy group called the Louisiana Power Coalition, said a higher gas tax is not the answer.

"This tax is the most regressive tax we can put on people," Maness said.

Backers of a state gasoline tax increase need something of a political miracle, and the firs…

"They will use it any way they want," Cavanaugh said. "As my daddy said, you have to be a lawyer, a liar and a horse thief to figure out where this money is going."

The Consumer Price Index component of Carter's bill, linking the gas tax to the rate of inflation, was changed from his original plan.

Under the revision, the annual adjustment would be linked to a four-year average of the CPI.

Our Views: 17 cents a small price to pay for Louisiana's desperate road woes

In a key vote, the state House is looking at a significant increase in the tax on motor fuels. But it’s not as if the 17-cents-a-gallon increa…

Gas tax hike comes to life, but rounding up two-thirds of the House is a huge challenge

The drive to raise Louisiana’s gasoline tax has suddenly flickered to life, but backers now face the daunting task of rounding up a two-thirds…