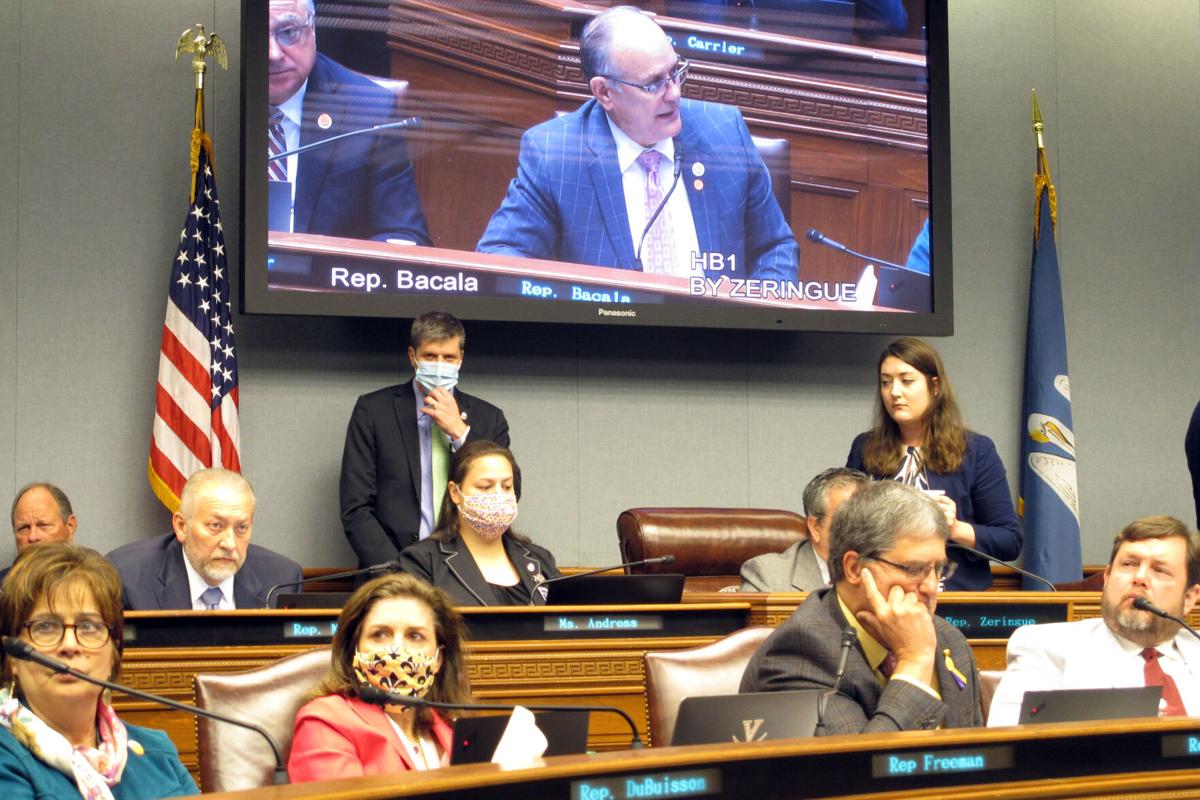 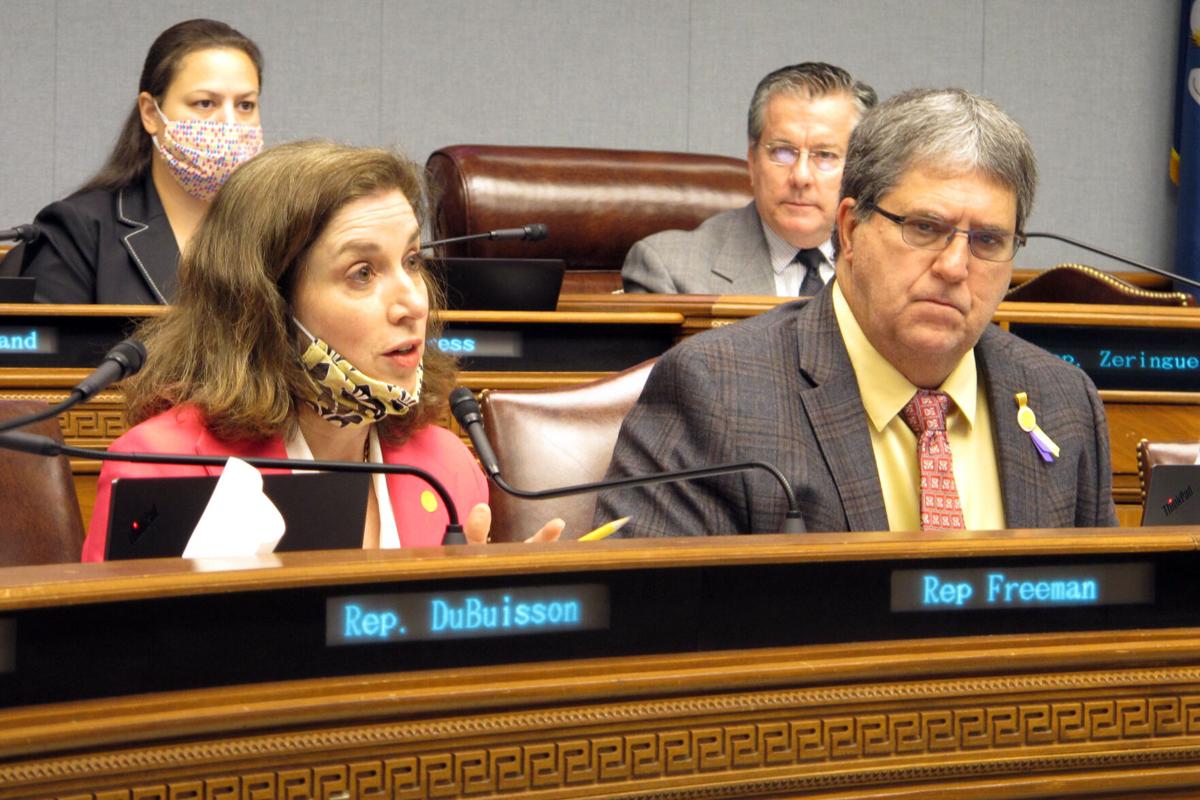 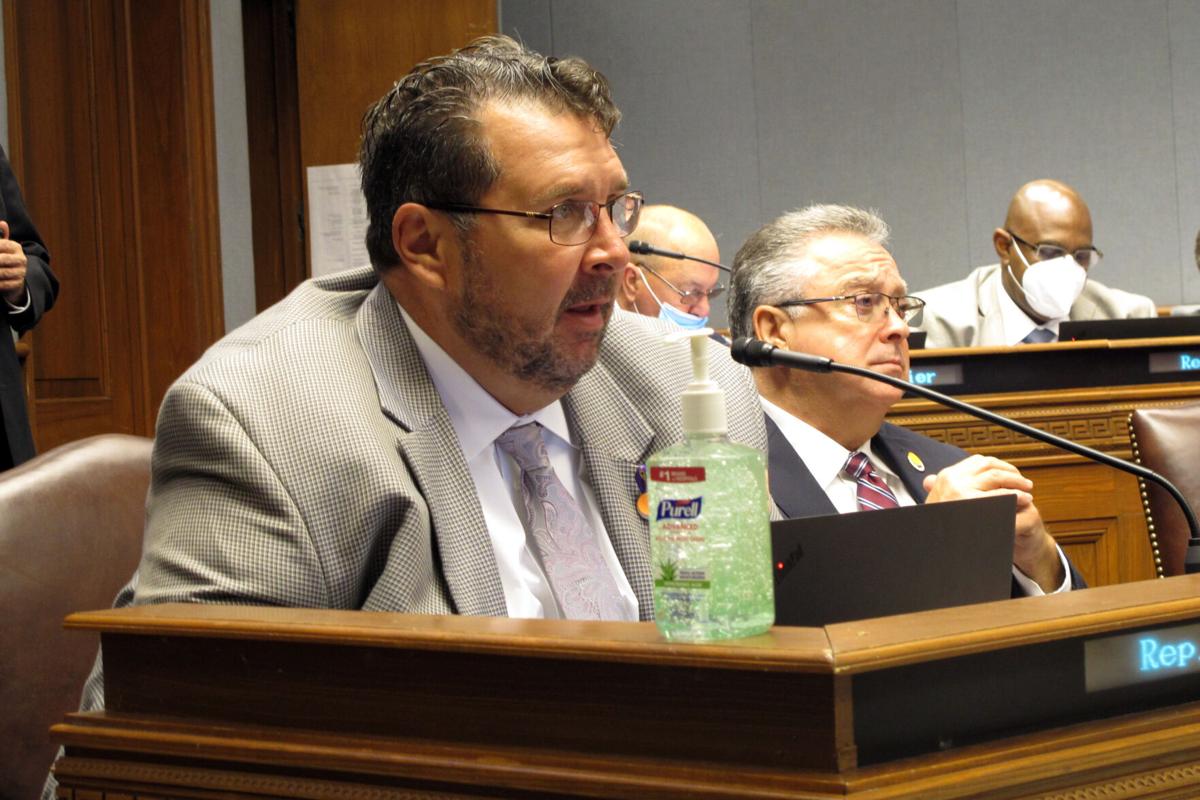 Rep. John Illg, R-River Ridge, asks questions about next year's budget proposal during a meeting of the House Appropriations Committee on Friday, June 5, 2020, at the State Capitol. 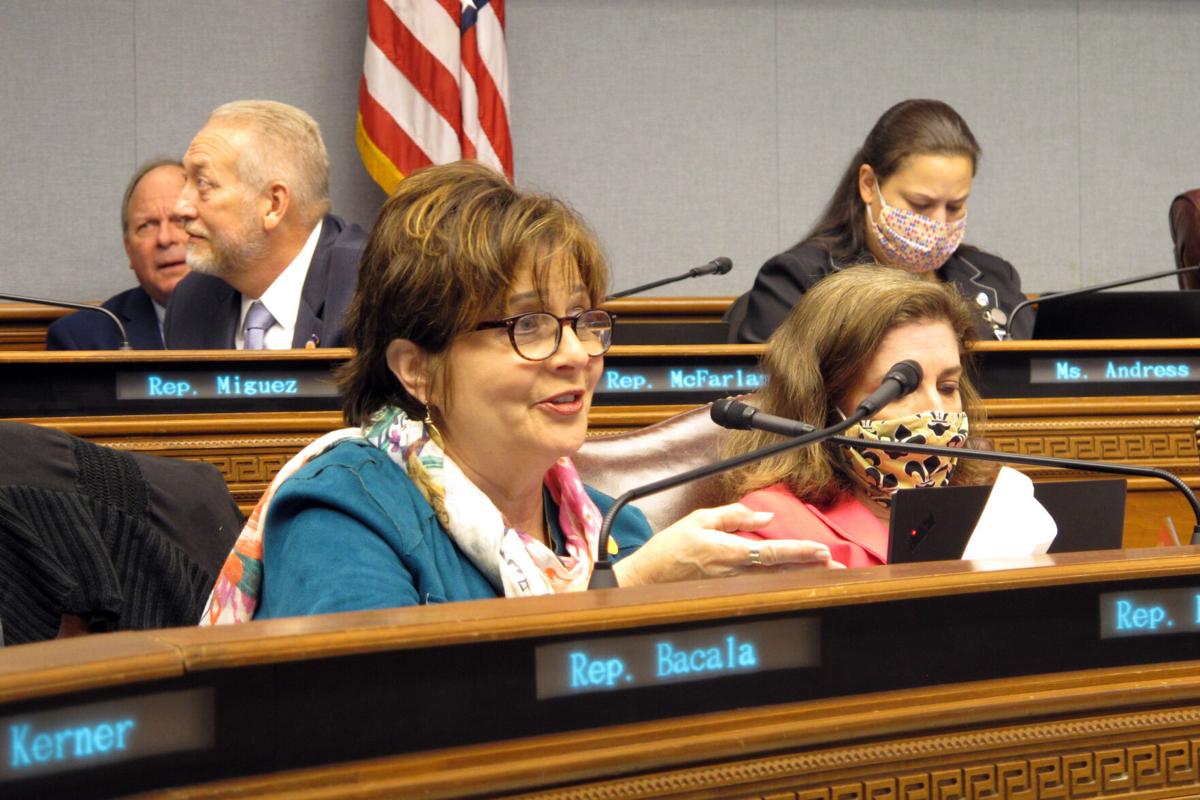 Rep. Mary DuBuisson, R-Slidell, speaks about next year's budget proposal during a meeting of the House Appropriations Committee, Friday, June 5, 2020, at the State Capitol. 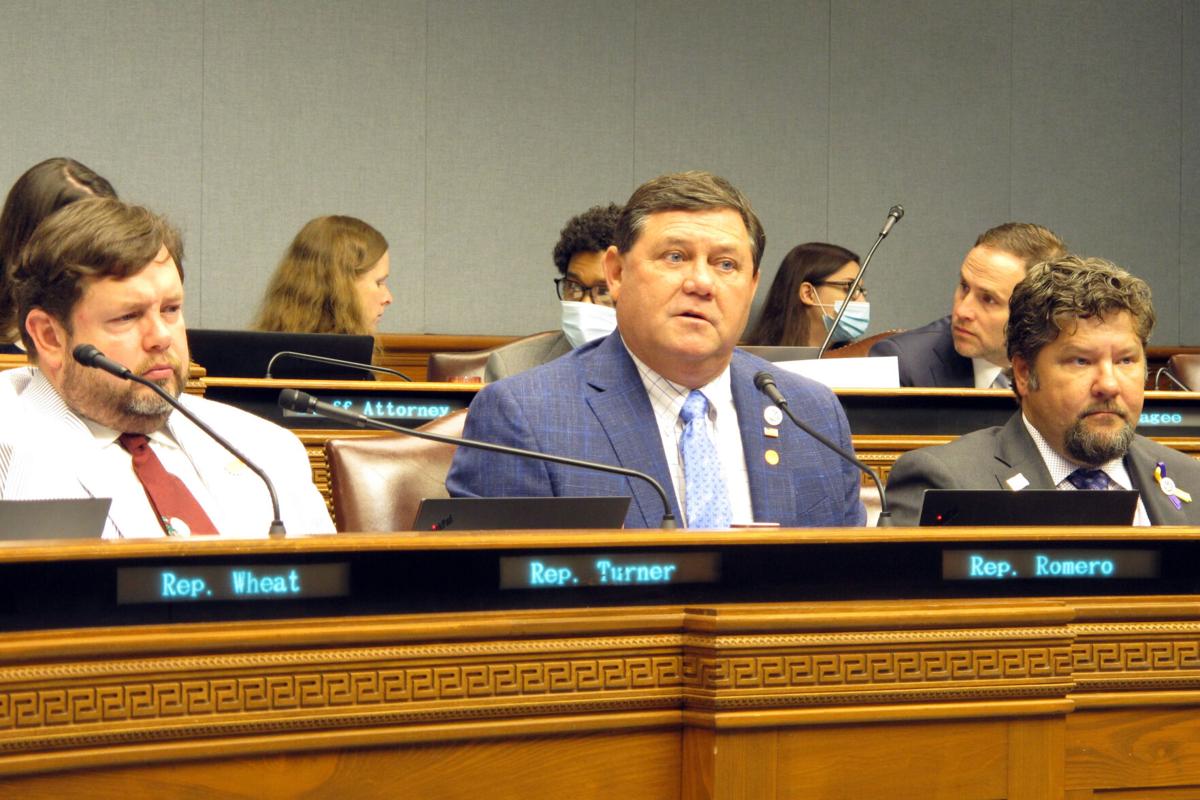 Rep. John Illg, R-River Ridge, asks questions about next year's budget proposal during a meeting of the House Appropriations Committee on Friday, June 5, 2020, at the State Capitol.

Rep. Mary DuBuisson, R-Slidell, speaks about next year's budget proposal during a meeting of the House Appropriations Committee, Friday, June 5, 2020, at the State Capitol.

The House Appropriations Committee on Friday advanced the state’s spending plans for the fiscal year that begins July 1. The legislation is the most important task lawmakers face in the special session slated to run through the end of the month, after lawmakers failed to pass a budget in the regular session, which was abbreviated because of the coronavirus.

To solve a $904 million shortfall in the upcoming fiscal year, the plan uses about $562 million in federal coronavirus aid money to plug the holes, along with removing planned increases to early childhood education, K-12 schools and others. The plan would also use $90 million from the state’s rainy day fund.

In the regular session, lawmakers approved a budget bill for the current fiscal year that used about $429 million in federal aid to plug holes. Between the two plans, and other aid given to the Louisiana Department of Health, the amount of federal coronavirus aid going to plug holes in Louisiana’s budgets could top $1 billion.

The version of the budget passed by the committee Friday was largely in line with what lawmakers were proposing in the regular session that ended June 1, though it gave several entities, like the Department of Education and rural hospitals, the ability to spend federal coronavirus relief, among other changes.

After public defenders pleaded with lawmakers for more money over the last two days, the committee delivered $7 million more to them. The bills include a $33 billion operating budget and billions more in ancillary, judicial and legislative spending.

The committee delivered $7 million after Starnes conceded the defenders won’t lose that entire amount, though public defenders argued they were underfunded to begin with. To give that $7 million, lawmakers took money from the Department of Corrections, Louisiana Department of Health and New Orleans City Park.

“Even if we hit it out of the park and get 80% of what we normally would, that’s still an $8 million loss of revenue, which is devastating for us,” Starnes said.

The budget bills will be heard on Wednesday on the House floor. The Legislature must pass the budget before July 1, otherwise the state loses the ability to legally spend money.

The state’s economy has reeled from the effects of the coronavirus and cratering oil prices. That has caused economists to reduce their forecasts for state tax and fee collections by more than $1 billion.

“We won’t know for some time what that looks like in Louisiana, but I’m hopeful we’re going to see something similar,” Edwards said.

State economists have said Louisiana’s economy could be much slower than the rest of the country because of the state’s reliance on oil, tourism and other service industries, all of which were roiled by the pandemic.

One key question in the budget debate is whether Edwards will veto legislation the Republican-led Legislature passed to take $300 million in federal aid destined for local governments and instead give it to small businesses. Edwards has said he opposes the idea but hasn't said whether he'll veto it.