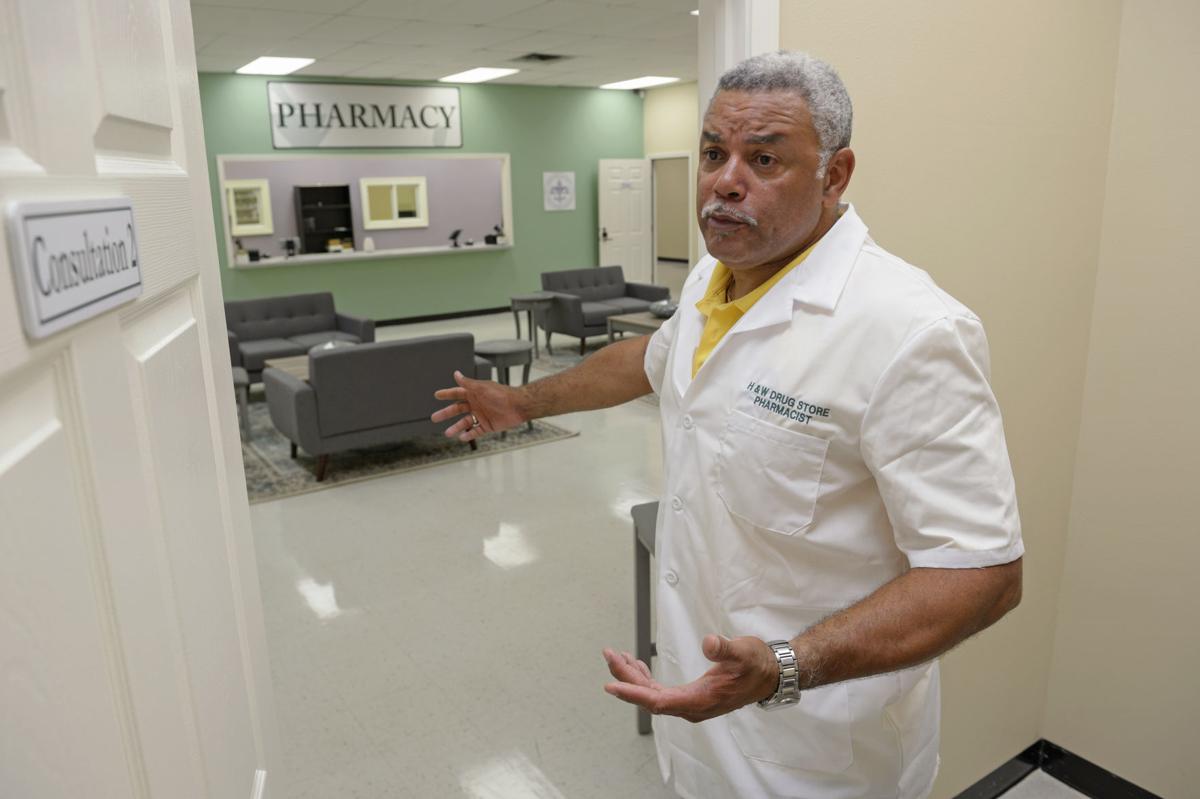 Pharmacy Manager of H&W Drug Store Ruston Henry gives a tour of his not-yet-open medical marijuana pharmacy in New Orleans, La. Friday, June 14, 2019. He is standing in the consultation room that opens to the waiting room where the medical marijuana will be dispensed. 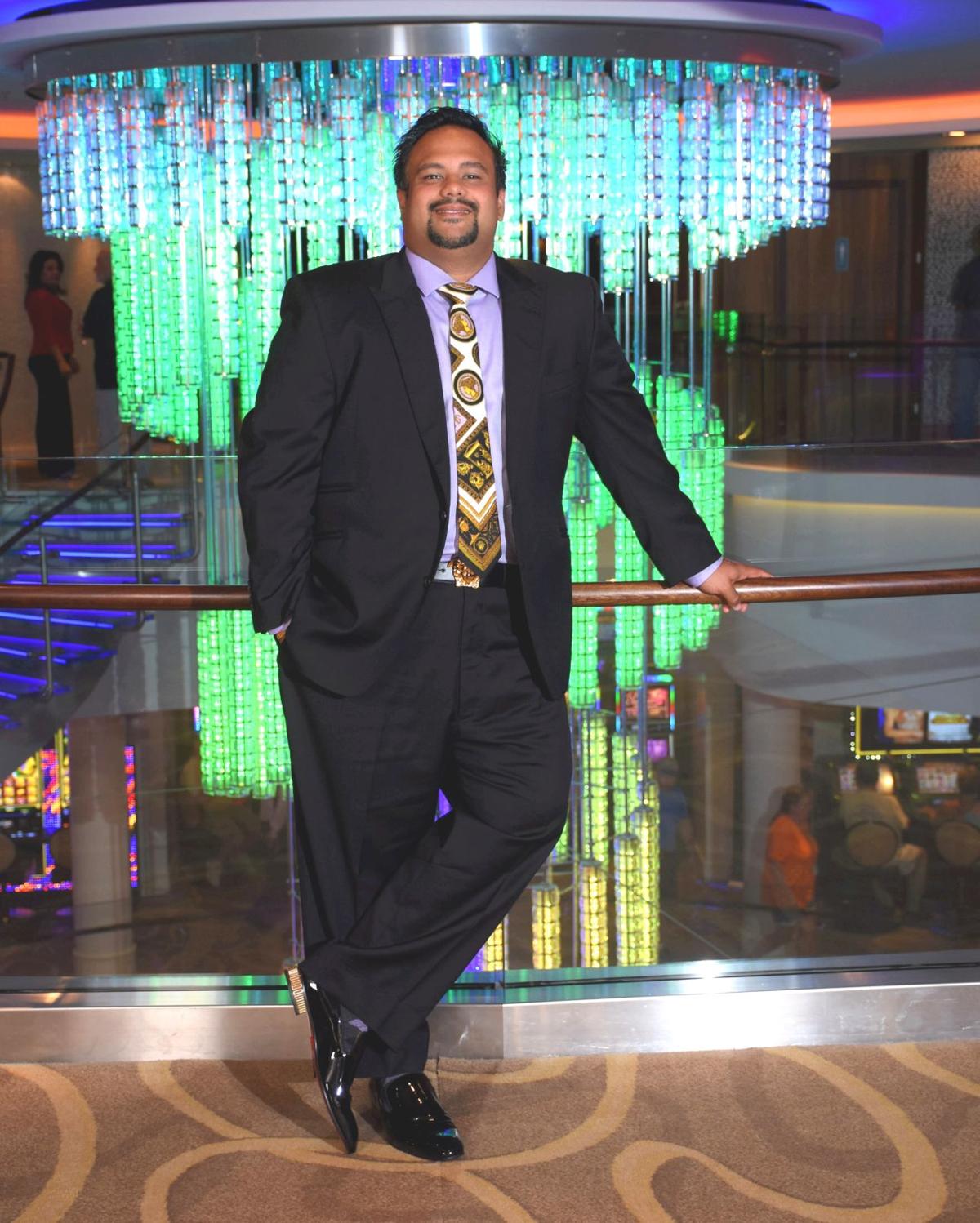 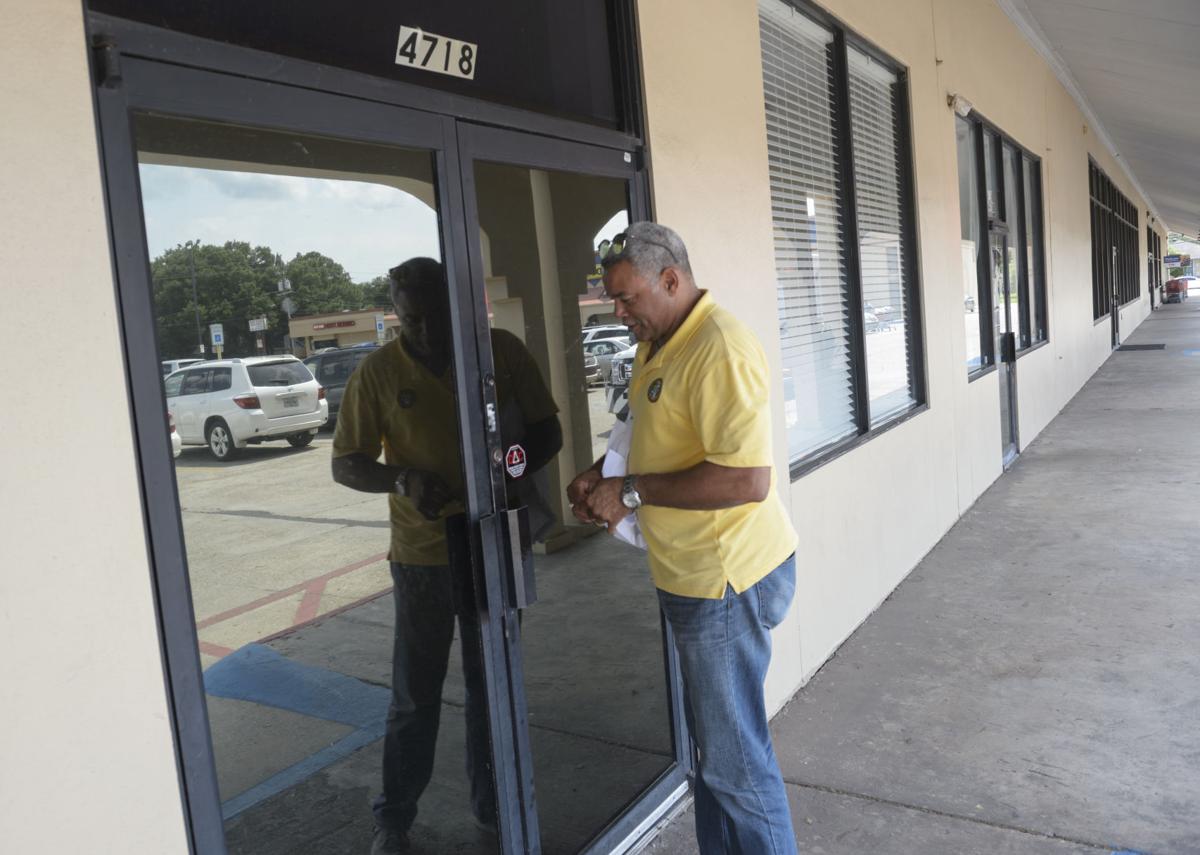 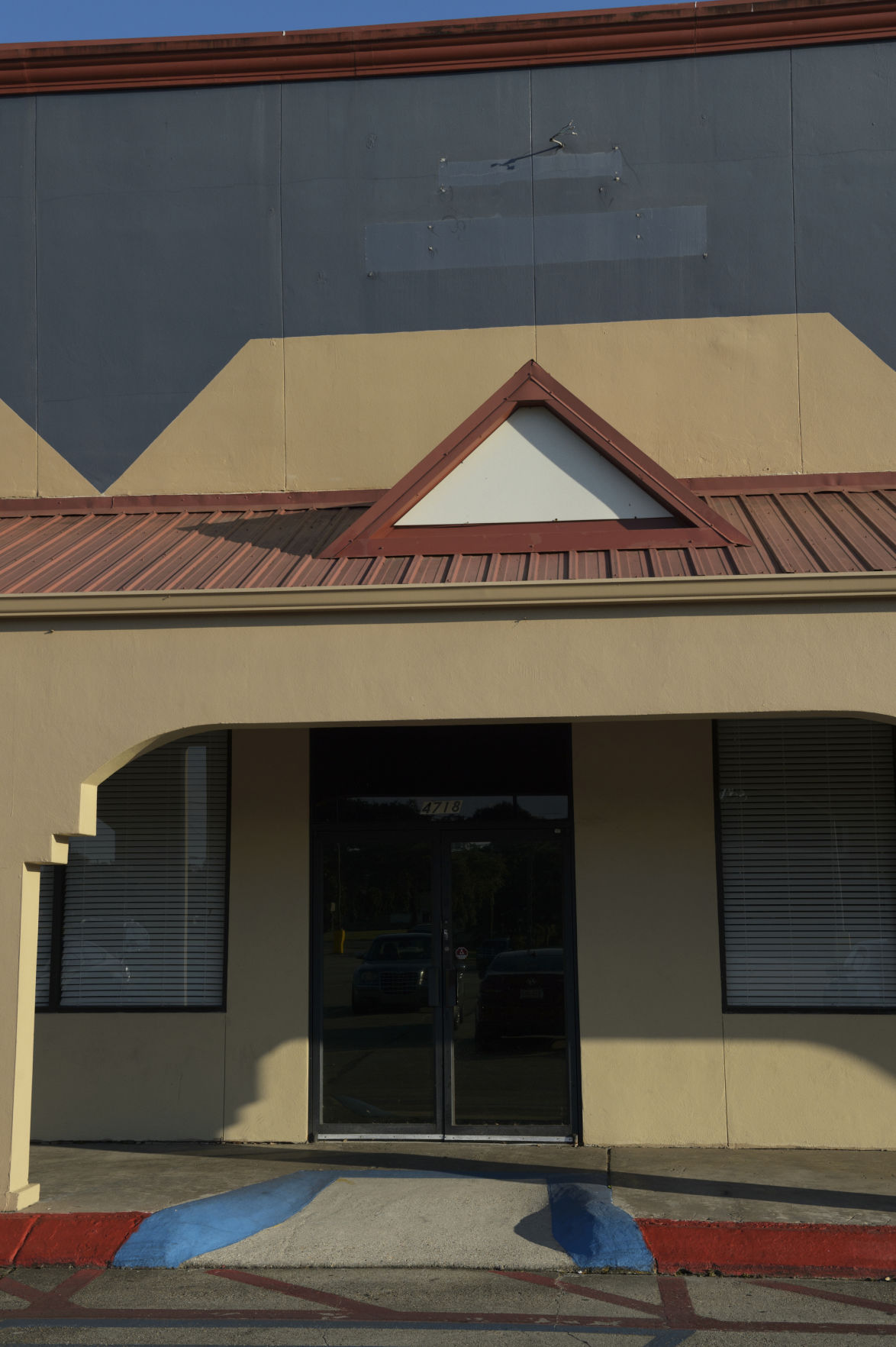 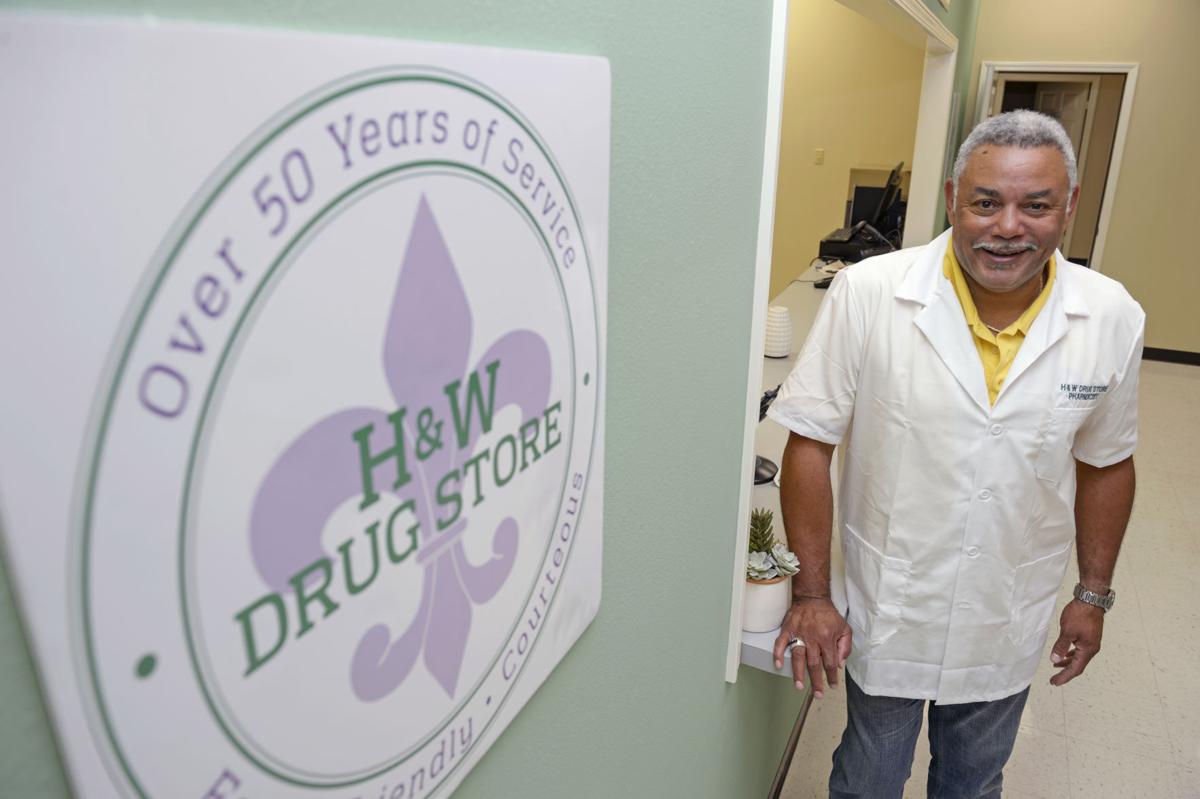 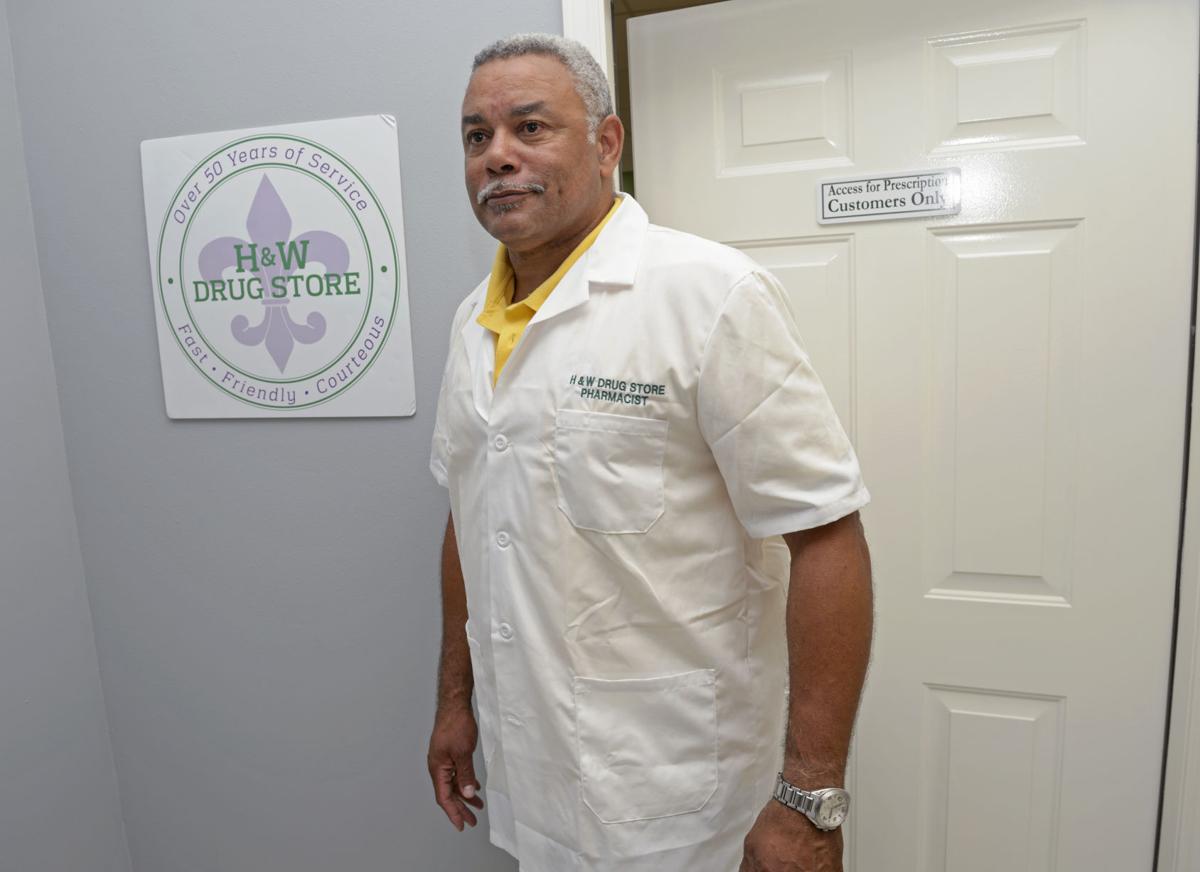 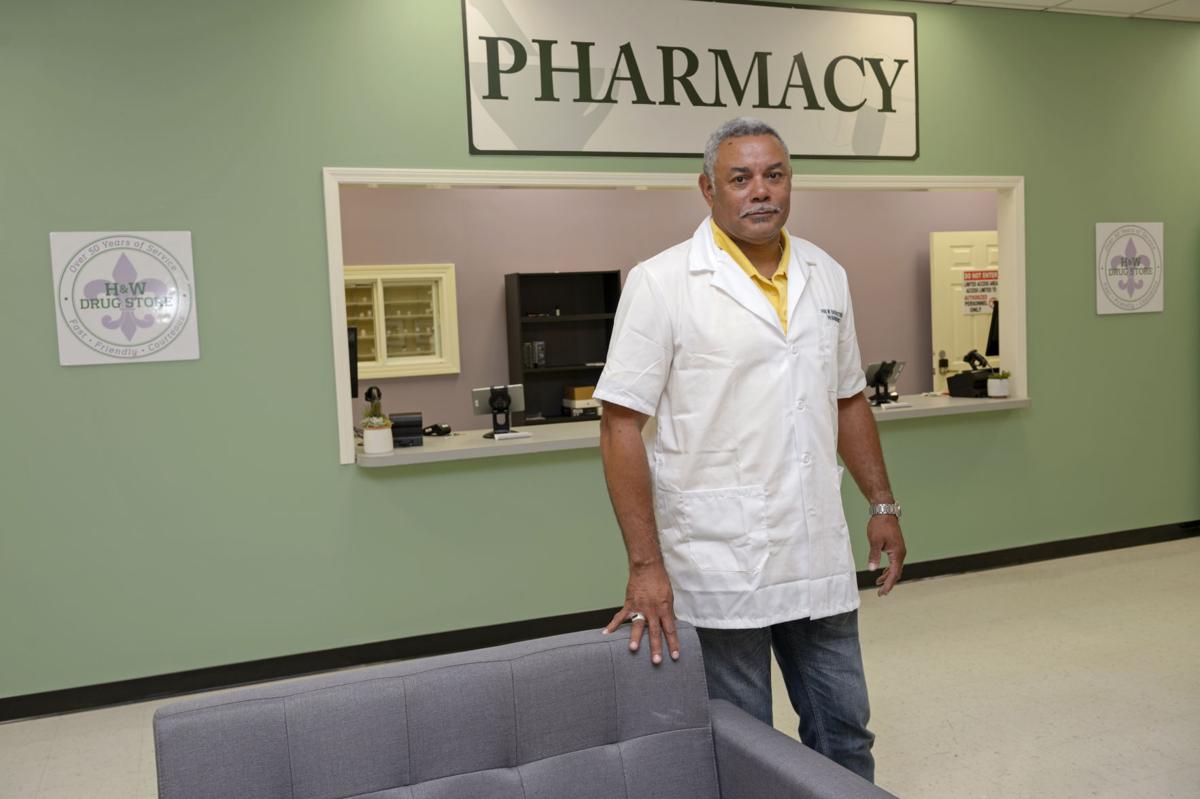 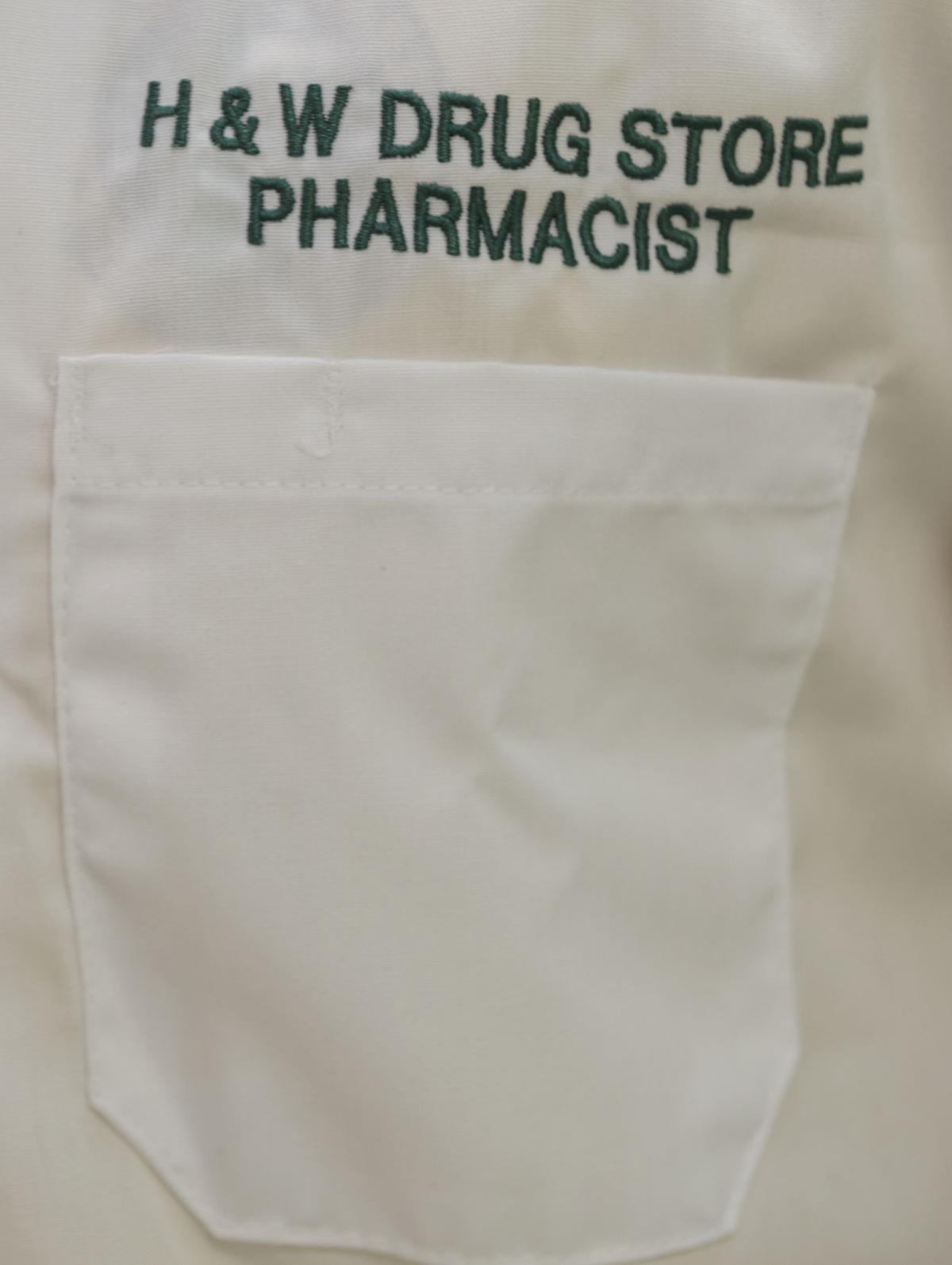 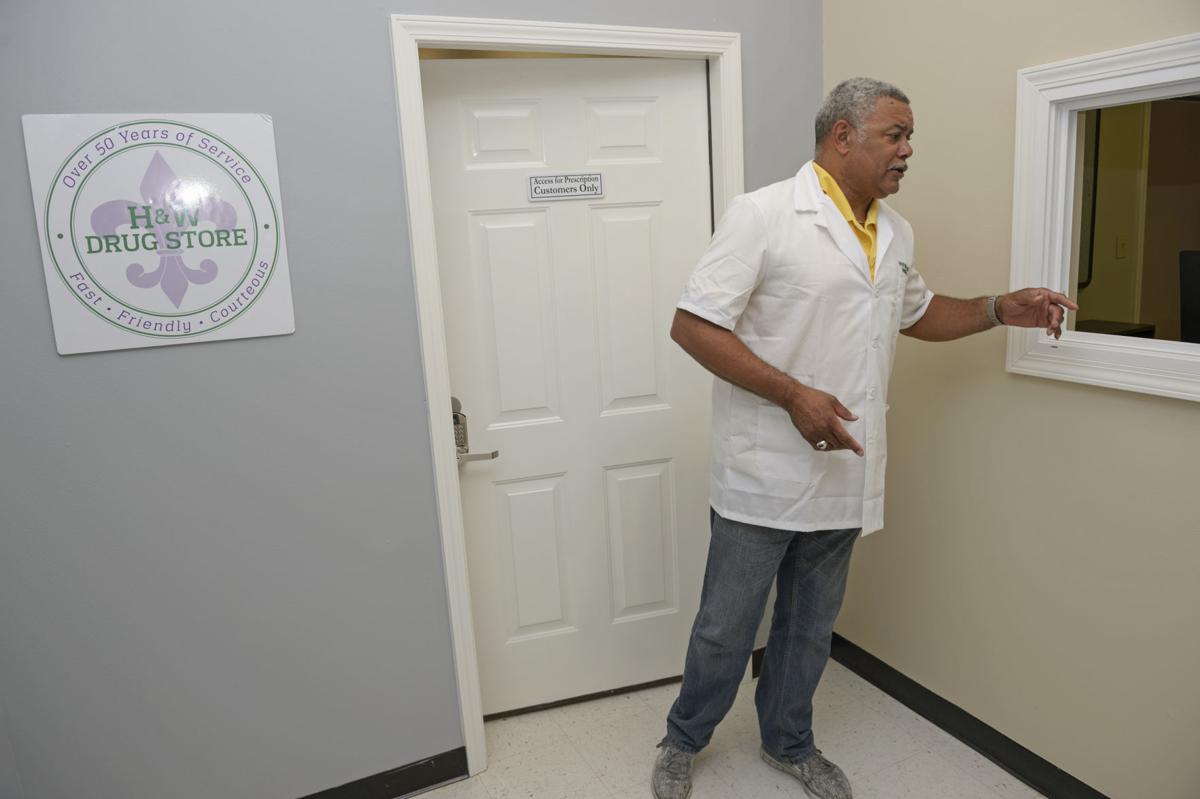 Pharmacy Manager of H&W Drug Store Ruston Henry gives a tour of his not-yet-open medical marijuana pharmacy in New Orleans, La. Friday, June 14, 2019. He is standing in the consultation room that opens to the waiting room where the medical marijuana will be dispensed.

A long-running lawsuit over who should get the coveted single marijuana pharmacy license for the New Orleans region was recently tossed out by a Baton Rouge judge, as the original winner prepares to begin selling the drug to patients once the product becomes available.

But the saga is not over.

Sajal Roy, who in May 2018 sued the Louisiana Board of Pharmacy over its selection of a lesser-ranked candidate for the marijuana license, said he will likely appeal the latest ruling, as he continues to seek one of the state's 10 marijuana pharmacy licenses.

Meanwhile, Roy, who owns a medical marijuana pharmacy in Maryland, is gunning for a seat on the same Board of Pharmacy he sued. He ranked in the top three in a vote among pharmacists living in the district he seeks to represent. Under the board’s election process, that set him up for a potential selection by Gov. John Bel Edwards, who will pick a member from a list of three candidates.

To even qualify for the board seat, Roy successfully pushed a bill during the recently ended legislative session that changes the minimum requirement for serving on the board from five years of practice in Louisiana to two years. Roy said he personally has three years of experience.

“Hopefully, I can get appointed to the board and make some changes,” Roy said. “Because I really feel this board is lost. I think this whole process was very disorganized. I try to be respectful of any governing or regulatory body, but it really wasn’t that great.”

Roy added that he didn’t want to disparage the board and instead wants the board seat so he can “solve problems.”

The pharmacy board last year formed a selection committee to evaluate the dozens of people vying for the state’s 10 pharmacy licenses, which many in the industry believe could become exceedingly valuable in coming years. The committee made recommendations; the board then picked nine winners, one in each region, including New Orleans.

A 10th license, for a pharmacy in a not-yet-determined high-demand area, is still up for grabs.

The Louisiana House today voted 82-0 to allow medical marijuana patients to inhale cannabis, sending the bill to the governor’s desk for final…

Roy had plans to open a medical marijuana pharmacy in Metairie called Rx Greenhouse if he was selected by the board. And he thought he was a lock for the license for the New Orleans area once the committee ranked him in first place among the applicants in the region. Then the pharmacy board ignored the rankings and passed him over.

Instead, it picked Ruston Henry, who touted his current pharmacy, H&W Drug Store, as the oldest African American-owned pharmacy in New Orleans. His marijuana pharmacy, which will also be called H&W Drug Store, is located at 4718 Paris Ave. in Gentilly. It is currently ready to begin selling medical marijuana, he said.

About a month after the board’s decision, Roy filed a suit against the Board of Pharmacy over the selection of H&W. He accused it of “improperly” issuing the New Orleans license and claimed the process was “arbitrary and capricious.” It argued that the selection process was flawed because the board ignored its own committee's advice, going with the fourth-ranked H&W Drug Store instead of Roy's Rx Greenhouse, which placed first.

"You don't see boards going against the recommendations of subcommittees, unless there's something major," Roy said at the time, adding that he has served on boards of pharmacy elsewhere. "You just don't see it. It doesn't happen. It's usually a formality to bring it before the board for a vote."

In December, with his lawsuit still pending, Roy told the Louisiana Board of Pharmacy he was running for the board seat, according to emails obtained through a public records request, and asked for a list of pharmacists in the district so he could begin gathering signatures.

When the Legislature convened for its annual session in April, Sen. Gerald Boudreaux, D-Lafayette, pushed through the bill that reduces the amount of experience a pharmacist must have practicing in Louisiana to serve on the board, which effectively allows Roy to serve. When presenting the bill, Boudreaux said it would bring in people with "new perspectives" from other states to serve on Louisiana's board.

The governor signed the bill shortly after the session ended.

State law requires those running for a pharmacy board seat to win votes from pharmacists that live in the seat’s district. The names of the top three vote-getters are sent to the governor, who picks one of the three.

Roy, with 22 votes, placed third, after Milano’s 85 and another candidate’s 83 votes.

In May, Judge Wilson Fields, of the 19th Judicial District Court in Baton Rouge, threw out Roy’s lawsuit after a year of litigation.

Malcolm Broussard, executive director of the Board of Pharmacy, declined to comment on the judge's decision.

“We will definitely appeal it,” Roy said.

Henry and Roy were among several dozen pharmacists, businesspeople and doctors from across the country who lined up to try to get one of Louisiana's exclusive marijuana pharmacy licenses. Since the board handed out nine licenses last spring, all but two pharmacies have received their permits to operate and now are waiting on the state’s growers to make the drug available for sale.

The pharmacies in Alexandria and West Monroe have not yet requested a site inspection required to receive final permits, Broussard said.

“All nine pharmacies are waiting for product,” Henry said. “We’re just in a holding pattern.”

The dispute over the New Orleans pharmacy license is only one layer of uncertainty among many in the state’s medical marijuana program.

Although the Legislature passed a bill laying out the state's medical marijuana program in 2015, product has still not reached the shelves. The state’s only operating grower, LSU’s partner GB Sciences, has had repeated delays in growing and processing the marijuana, which will initially be sold only in tincture bottles.

GB Sciences and LSU have fought publicly with the Louisiana Department of Agriculture and Forestry for months over the agency's regulation of the grower. At a stakeholder meeting Friday in Baton Rouge, officials did not have a firm date for when the product will be available. The department said it is waiting on the final version of the product to test, which will take about a week.

"We're right around the corner," said John Davis, head of GB Sciences Louisiana, who added that the company is currently harvesting the plant at its facility in south Baton Rouge.

Southern University's growing partner, Ilera Holistic Healthcare, is even further behind. It bought out the majority stake of the original grower, Advanced Biomedics, in November after that company failed to make virtually any progress. The new owners say they will send the drug to pharmacies later this year.

When the product does become available, it will mark the beginning of a potentially lucrative industry. While it was originally crafted as a tightly controlled, narrow program for people with a handful of serious medical conditions, lawmakers have taken some steps toward expanding it.

Last year, the Legislature added several conditions including intractable pain to the list of qualifying conditions. During the session that ended earlier this month, lawmakers approved a narrow measure that will allow “metered-dose inhalers” to ingest the drug, though several legislators made clear they were not ready to allow for vaping or smoking the drug.