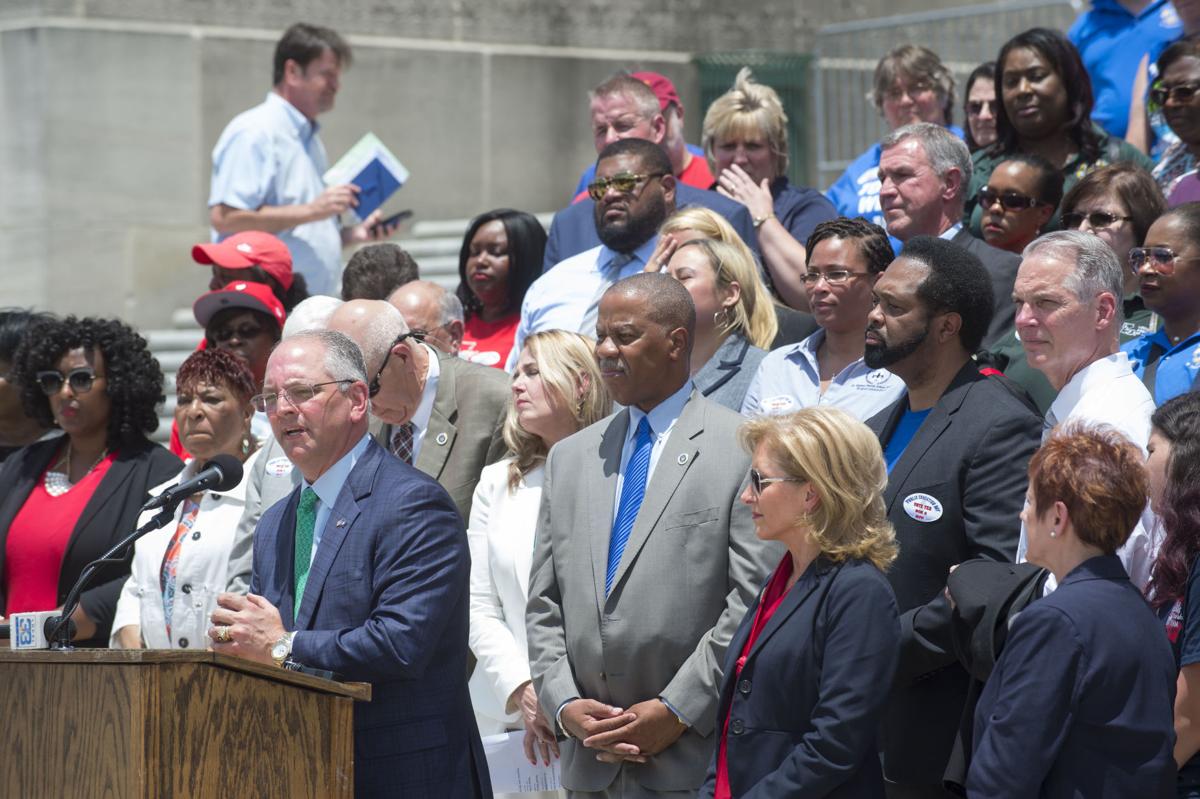 Gov. John Bel Edwards speaks at the conclusion of a teachers rally on the steps of the State Capitol. 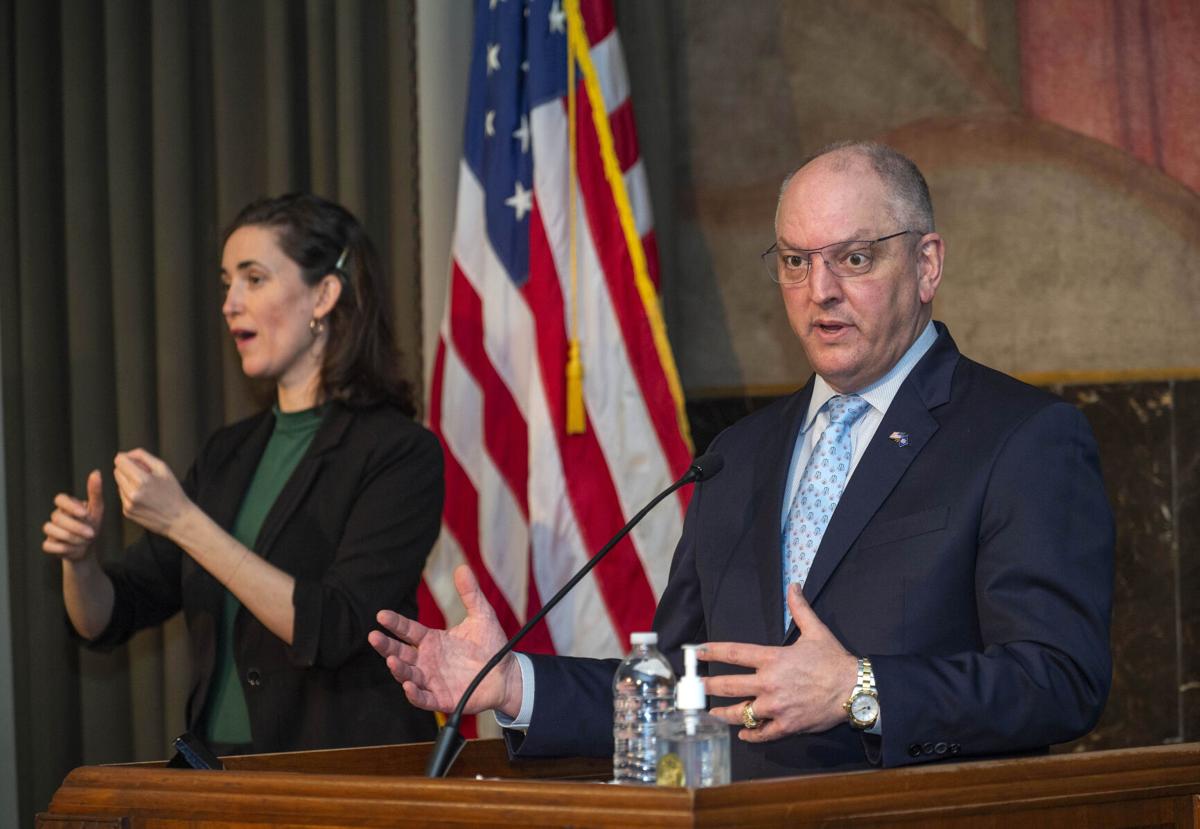 Gov. John Bel Edwards speaks at the conclusion of a teachers rally on the steps of the State Capitol.

Teachers are in line for a $400 pay raise in a state budget plan that will contain no spending cuts, Gov. John Bel Edwards told reporters Thursday afternoon, after the state received a windfall of federal money for the Medicaid program.

Budget architects have been wondering for months how the pandemic will impact the state’s spending plan for the fiscal year beginning July 1.

At one point, revenue shortfalls were estimated to top $900 million. Economists were unsure how COVID-19 impacted the state’s economy and feared the worst. Hundreds of millions in federal pandemic aid patched up last year’s budget, but officials remained worried.

Federal aid and improving, though not fully recovered, tax collections helped. "We're in a better place than many thought possible," Edwards said.

And thanks to the continuation of a federal Medicaid recalculation, the executive budget proposal Edwards chief financial advisor, Commissioner of Administration Jay Dardenne, will unveil Friday morning at the State Capitol will have no budget cuts but will have more money for teachers and a $200 increase for support staff, Edwards said.

The budget proposal from Edwards, a Democrat, kicks off months-long negotiations with the Republican-led Legislature over the state's budget. Legislators will work off the proposed budget presented to the joint House and Senate budget hearing.

The move is part of an ongoing effort — on which Edwards campaigned — to bring teacher salaries up to the southern regional average. Teachers unions are among the Democrat’s biggest backers.

Louisiana will have $228 million less to spend in the multibillion-dollar state budget that will be crafted in the coming months, after a stat…

During the pandemic, the feds gave Louisiana and every other state a more favorable “match” rate for the Medicaid program through the end of the year, freeing up money to patch up holes and make the investments.

“That doesn’t mean we aren’t challenged by COVID,” Edwards said. The state’s unemployment system is more or less bankrupt, with only $6 million in the bank, he said. The state has already borrowed more than $130 million from the federal government and will have to borrow more to keep the fund solvent.

He asked Congress to send more aid to state and local governments—something proposed by President Joe Biden but opposed by some lawmakers—to help shore up the trust fund and avoid taxes going into effect on businesses. That automatically happens when the trust fund falls below a certain level, but Edwards and the Republican-led Legislature agreed to delay those taxes last year.

Louisiana is projected to collect nearly $9.6 billion in general state tax dollars for the upcoming financial year, an increase above this year — but not enough to offset all the federal coronavirus aid Edwards and lawmakers used to piece together this year's budget.

Continuing federal money that Congress has given states to respond to the coronavirus pandemic will help fill the rest of the hole.

The Joint Legislative Committee on the Budget will get a more complete rundown of Edwards' 2021-22 budget proposal Friday. Republican leadership in the Legislature has generally taken a more conservative approach to the finances, expressing a desire to put money into the state's savings accounts and opting for lower revenue forecasts than the governor wants.

Lawmakers start the legislative session in April and are not expected to finish crafting a budget until the session's final days in June.

Louisiana also has a $270 million surplus left over from the 2019-20 budget year, but lawmakers and the governor can't use that to pay for ongoing state expenses. Under the Louisiana Constitution, 25% must flow to the state's "rainy day" fund and 10% must pay down retirement debt. That will leave about $95 million that can be spent on certain constitutionally allowed one-time expenses, such as debt payments, coastal restoration work, construction projects or savings.

A tax system revamp for Louisiana is in the works with one overall goal: lowering rates

Though facing a nearly $1 billion revenue shortfall, a number of state lawmakers are putting together legislation that would restructure how L…