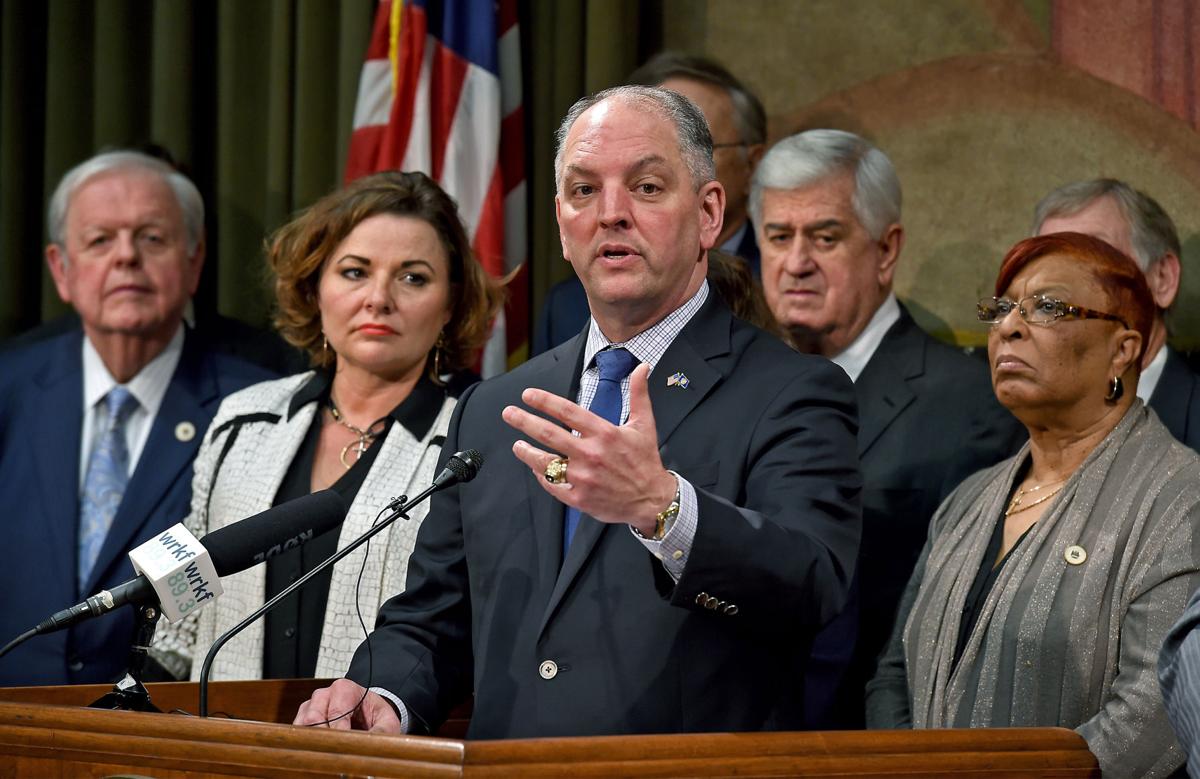 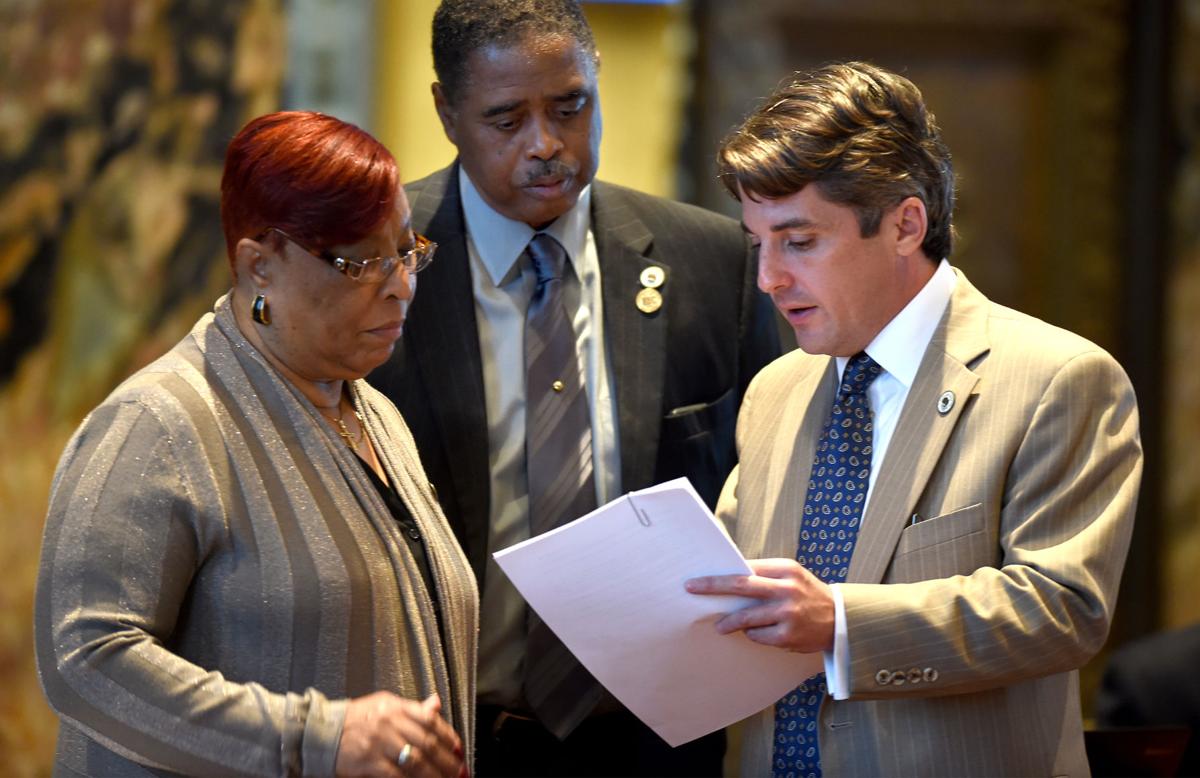 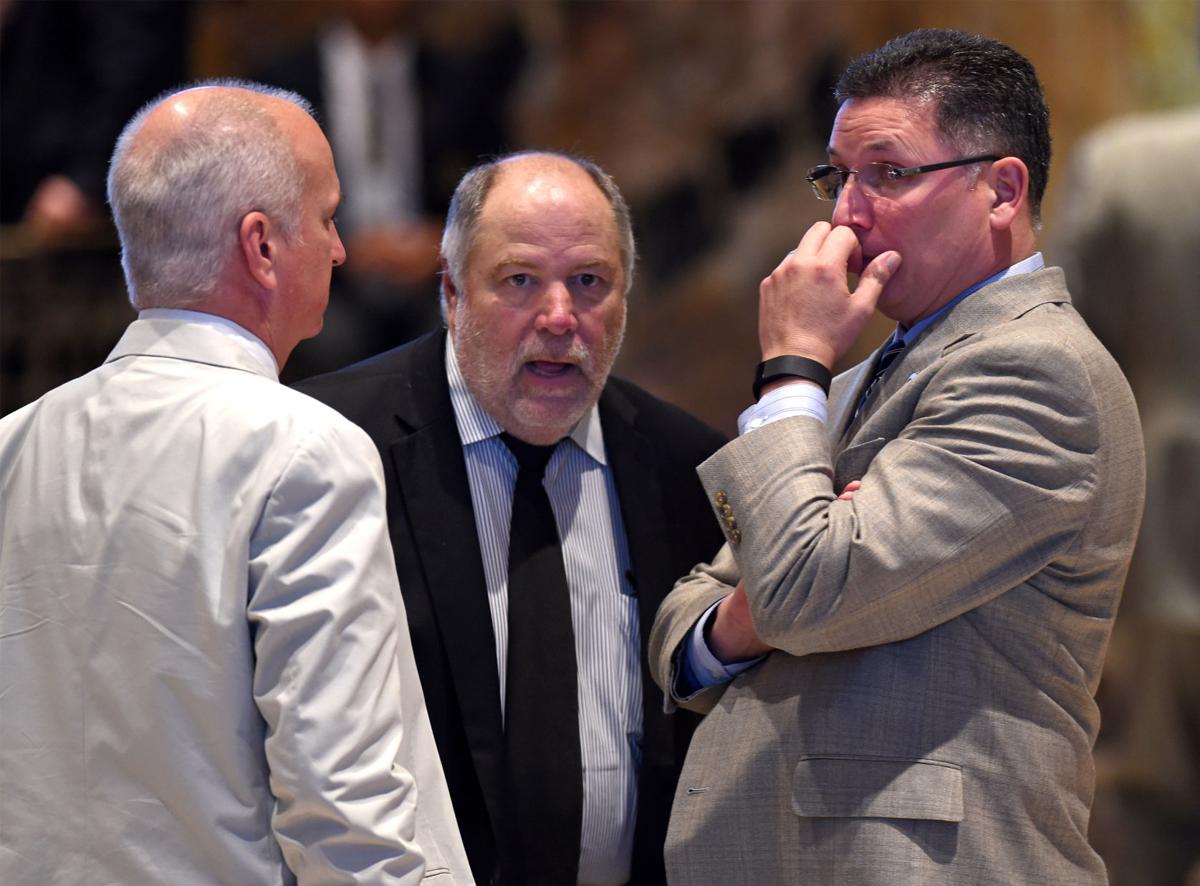 Legislators talk amongst themselves while waiting to vote on HB-3 and SCR-2 before the end of the Legislature's Special Session Wednesday. 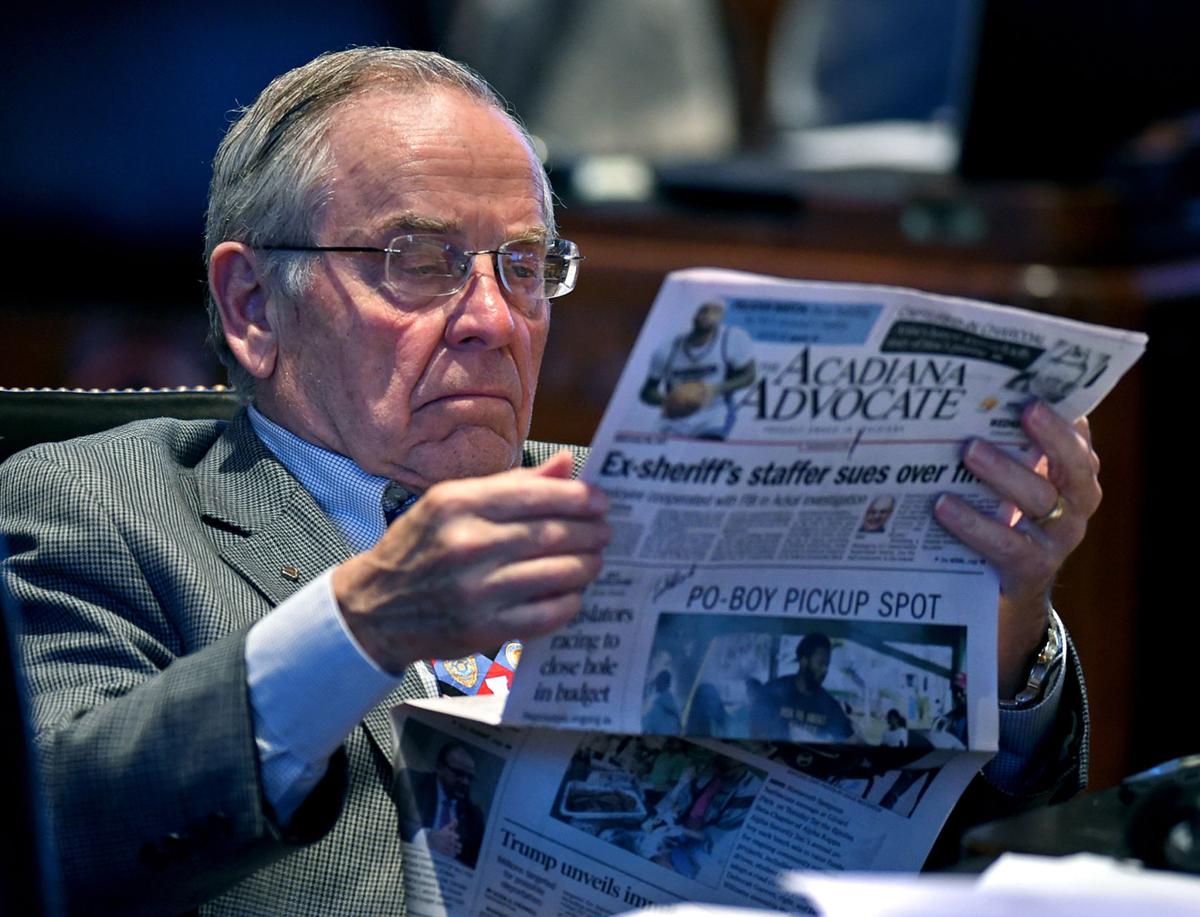 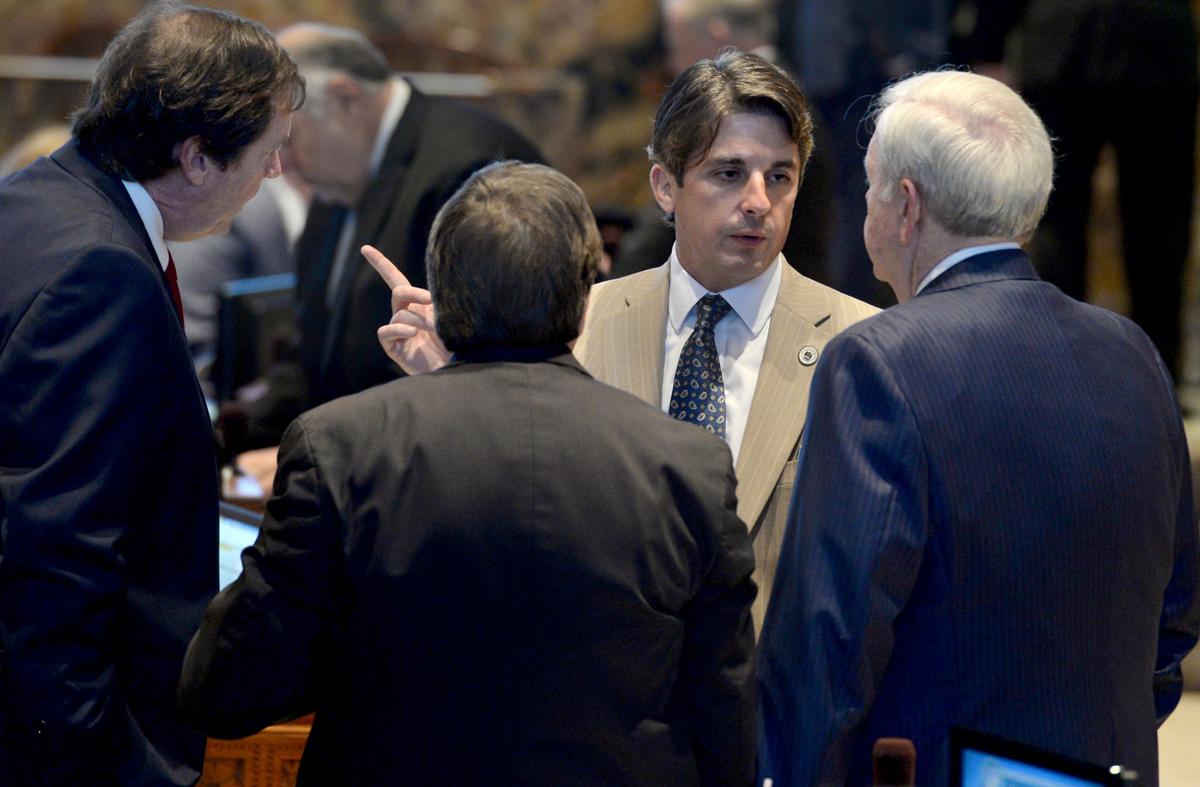 Rep. Cameron Henry, R-Metairie, second from right, talks with a group of legislators on the House floor while working on HB-3 before the end of the Legislature's Special Session Wednesday. The bill was adopted. 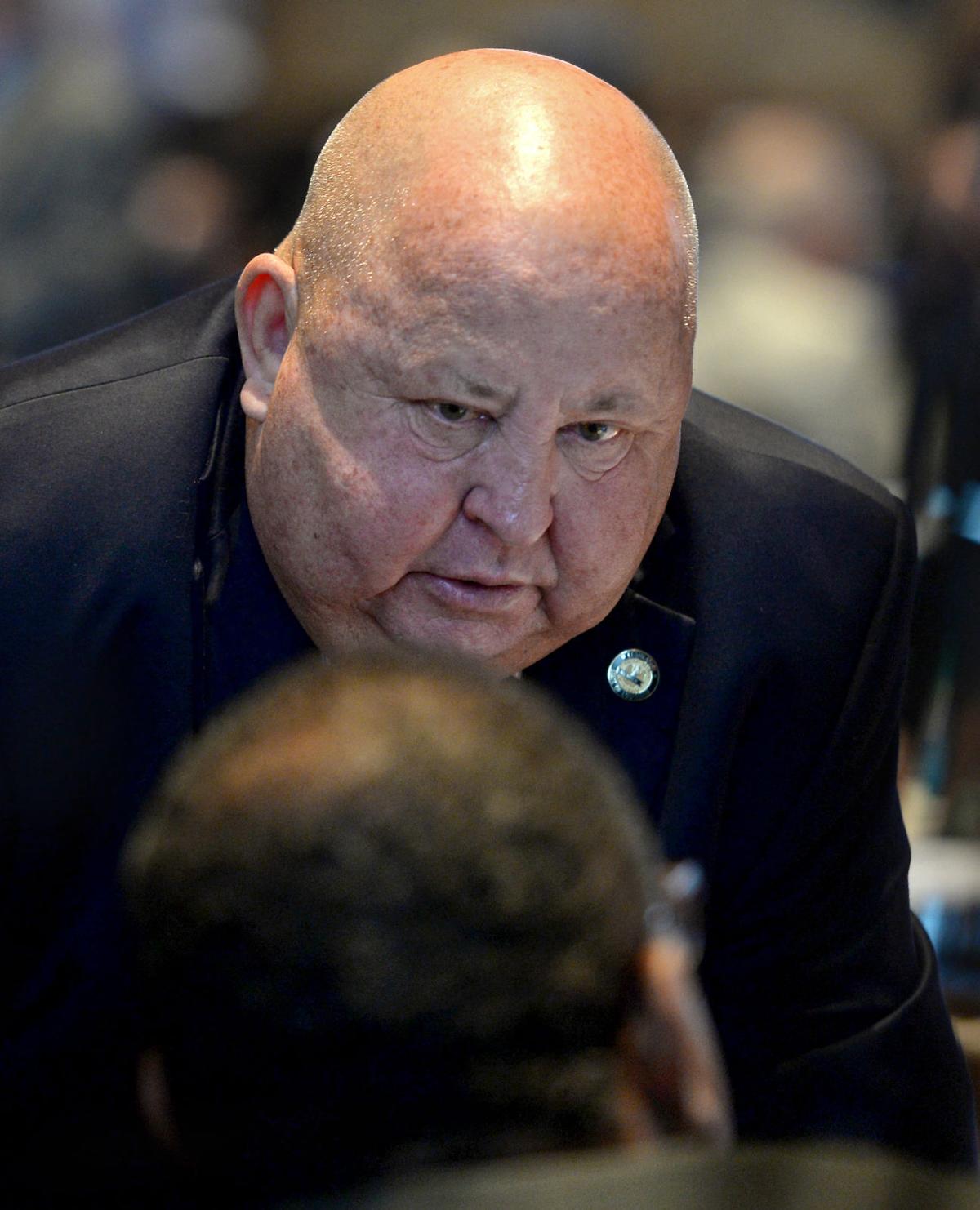 Rep. James Armes III, D-Leesville, talks another legislator on the House floor while waiting to vote on the conference committee report concerning HB-3 before the end of the Legislature's Special Session Wednesday. 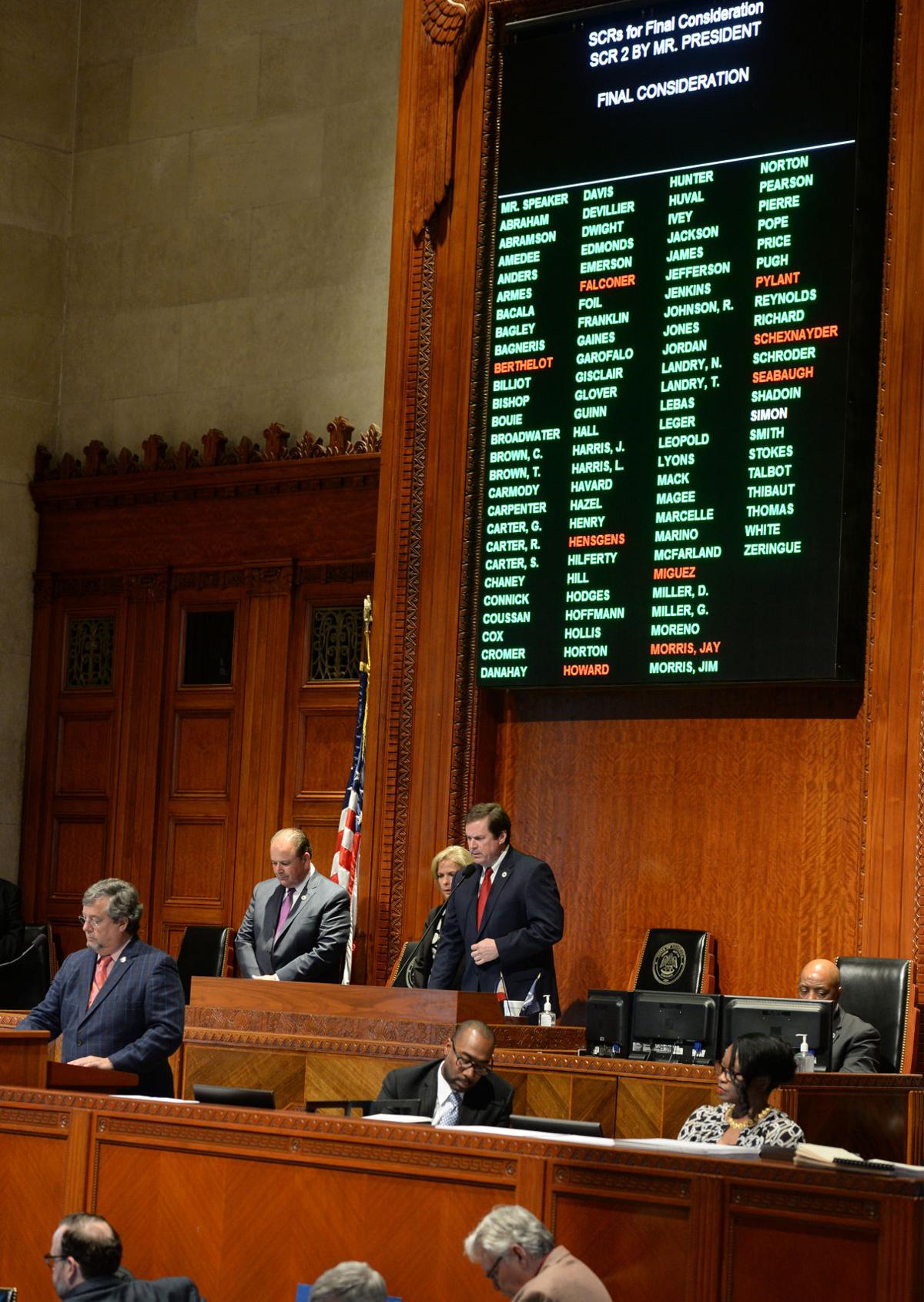 Louisiana Legislature convenes Monday for its 2017 regular session. Dealing with the state's fiscal structure will be at the forefront, just as it has been over the past couple of years. 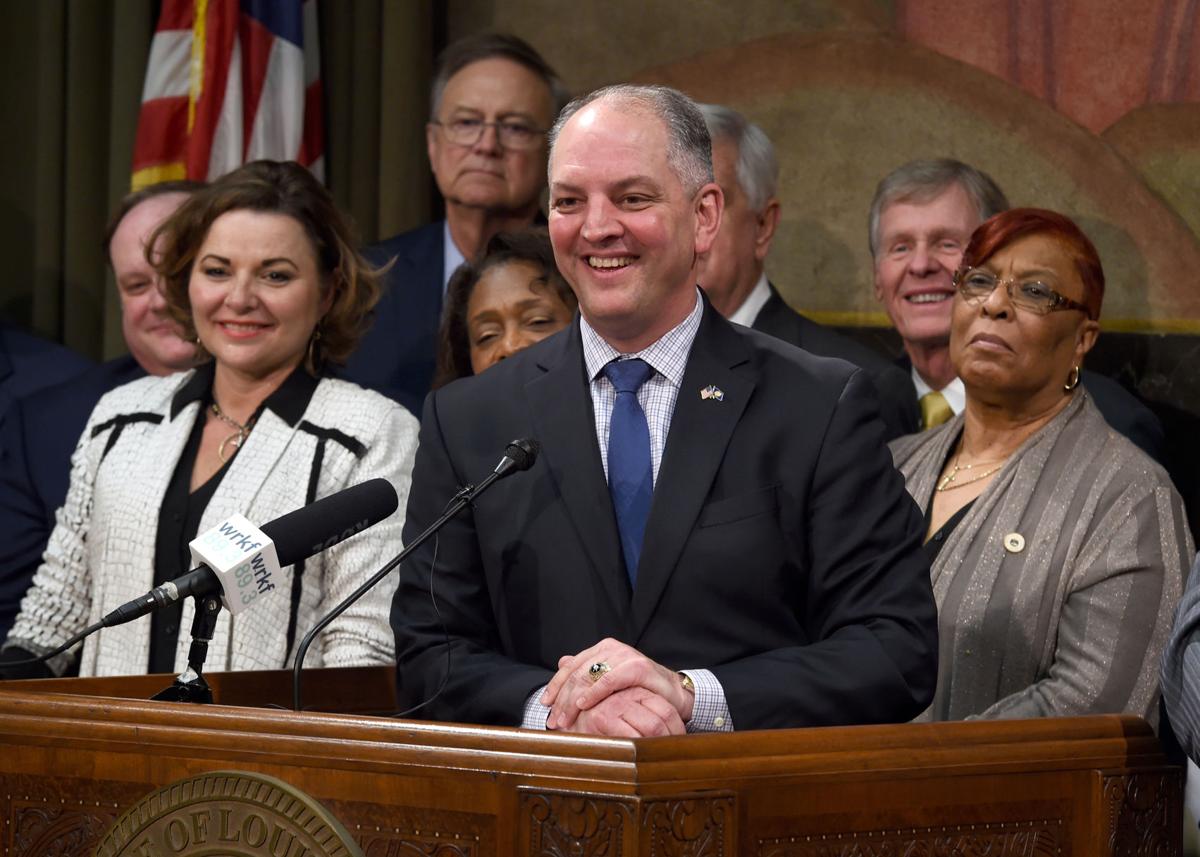 Legislators talk amongst themselves while waiting to vote on HB-3 and SCR-2 before the end of the Legislature's Special Session Wednesday.

Rep. Cameron Henry, R-Metairie, second from right, talks with a group of legislators on the House floor while working on HB-3 before the end of the Legislature's Special Session Wednesday. The bill was adopted.

Rep. James Armes III, D-Leesville, talks another legislator on the House floor while waiting to vote on the conference committee report concerning HB-3 before the end of the Legislature's Special Session Wednesday.

Louisiana Legislature convenes Monday for its 2017 regular session. Dealing with the state's fiscal structure will be at the forefront, just as it has been over the past couple of years.

The Louisiana Legislature closed a $304 million mid-year budget deficit after a short special session on Wednesday, and now legislators are beginning work on the next budget cycle.

The final plan for closing the shortfall in the budget that ends June 30 relies on $99 million from the state's rainy day fund. The rest will be made up through cuts to state agencies and other funding sources.

"You know you're in a good place where nobody's totally happy, but everybody's reasonably satisfied," said Gov. John Bel Edwards.

Beginning Thursday morning, the focus will shift toward the next budget cycle, when Edwards presents his recommendations for the budget that begins July 1. The Legislature will ultimately hash out a final budget in the session that begins in April.

Edwards has called on lawmakers to focus on budget stabilization in the coming session, with a more structural look at how the state takes in and spends taxpayer dollars.

"We still have a lot of work to do," Edwards said. "It's going to be hard work."

"We're going to make the bold decisions that are necessary so that the frequency of these mid-year deficits is less," he added.

Lawmakers have spent the past week and a half trying to reach an agreement on how the state would close its 15th mid-year budget gap in just nine years. A key sticking point revolved around how much money from the state's rainy day fund would be used.

The final plan also relies on about $12 million from vacant jobs. Edwards' administration had been particularly skeptical that those funds would materialize. The Legislative Fiscal Office estimated that about $10 million could be gleaned through that process.

Edwards said he found that piece of the final budget agreement the most concerning.

The Rundown: Clock winding down on Louisiana Legislature's special session

Today in The Rundown: The clock is ticking on a deficit-closing budget deal; a date has been…

"That would be the most difficult part for me, but I don't want to dwell on that," Edwards said.

A dispute over nearly $4 million in an escrow fund held by the attorney general ended with that fund untouched. Edwards had proposed using the fund to lessen cuts elsewhere in the budget.

"The House insisted on it," Senate Finance Chair Eric LaFleur, D-Ville Platte, said of that money remaining in the fund.

Edwards, a Democrat, and Attorney General Jeff Landry, a Republican who vocally opposed sweeping the escrow fund, have frequently found themselves at odds over the past year.

Edwards said that the money in the account should belong to the state, and not the attorney general. He indicated that the escrow account issue may come up again at a later date.

"I don't believe it's his to access at will," Edwards said.

The Louisiana Department of Health received about a $40 million cut – the largest in the deficit resolution. It's about $4 million more than what the governor recommended.

The Legislature will be cut by $3.5 million, and about $2 million will be taken from the Louisiana Legislative Auditor.

The rainy day dispute hung grimly over the final days of the session.

Approval of the resolution authorizing the state to dip into its reserves requires approval from two-thirds of the members of each chamber. House Republicans had initially offered a plan that relied on $50 million, before slowly moving toward the $99 million proposed by the Senate.

"We sent a message that we were going to compromise and come up with a number that everyone can live with," said LaFleur.

House Republican leadership agreed to a higher figure from the rainy day fund Wednesday after a tick sheet circulated among its members during a long luncheon recess indicated enough Republicans would join with House Democrats to get the votes needed.

In the end, tapping into the rainy day fund passed with 92 votes.

"Not all of us probably agree with the number we've arrived," said House Speaker Taylor Barras, R-New Iberia.

Conservatives in the House said the key to sealing the budget deal was the Senate and governor agreeing to a proposal from Barras that could lead to a portion of some fees and statutory dedications being used to help pay down the state's bond debt in future years.

“We’ve been working for that since I was elected,” said state Rep. Ray Garofalo, R-Chalmette.

The legislation won't do anything toward helping solve the current deficit, but could eventually free up funds in the budget in the future. Officials estimate that the state already faces a $400 million shortfall in the coming year. The Joint Legislative Budget Committee meets Thursday morning to begin the process of crafting that budget.

Barras' resolution directs the state treasurer to begin reviewing the process of allowing the state to take a cut of fees and statutory dedications to pay down the state's bond debt. Normally that money would only flow through, before going to other dedicated funds.

“This is a huge reform, if you ask me,” said House GOP Caucus Chair Lance Harris of Alexandria.

Everybody gave something to reach the final deal, Harris said, echoing Edwards and a comment often made by Senate President John Alario.

“As long as all parties are not happy, it’s a compromise,” Harris said.

Democrats in the chamber appeared to agree that the final product was a compromise for all.

“I don’t think anybody got the better of anybody else,” said state Rep. Walt Leger, D-New Orleans, the speaker pro tem. “We didn’t get all of what we wanted. Nobody did.”

The rest from cuts and the use of other funds.

'No rest for the weary' as focus now turns to next year’s budget: cuts to state agencies, TOPS still short

Since the days of Huey Long, Louisiana has been a state quite dependent on steady tax revenue to build and maintain its infrastructure, its pu…

That was supposed to be the easy part.

Around this time last year the special session to balance state government’s budget ended in tears and anger.

One budget battle down; now here's Louisiana Legislature's next step

Who's really in charge of the La. House? Taylor Barras is the man -- but it's complicated

They thought they had a deal.

Louisiana's rainy day fund could keep the state afloat for just a fifth of the length of time that it could prop up the state a decade ago.

How did we get here? A breakdown of what led to Louisiana Legislature's seventh special session

The Louisiana Legislature reconvenes Monday for its seventh special session under Gov. John Bel Edwards, and the third this year. The governor…