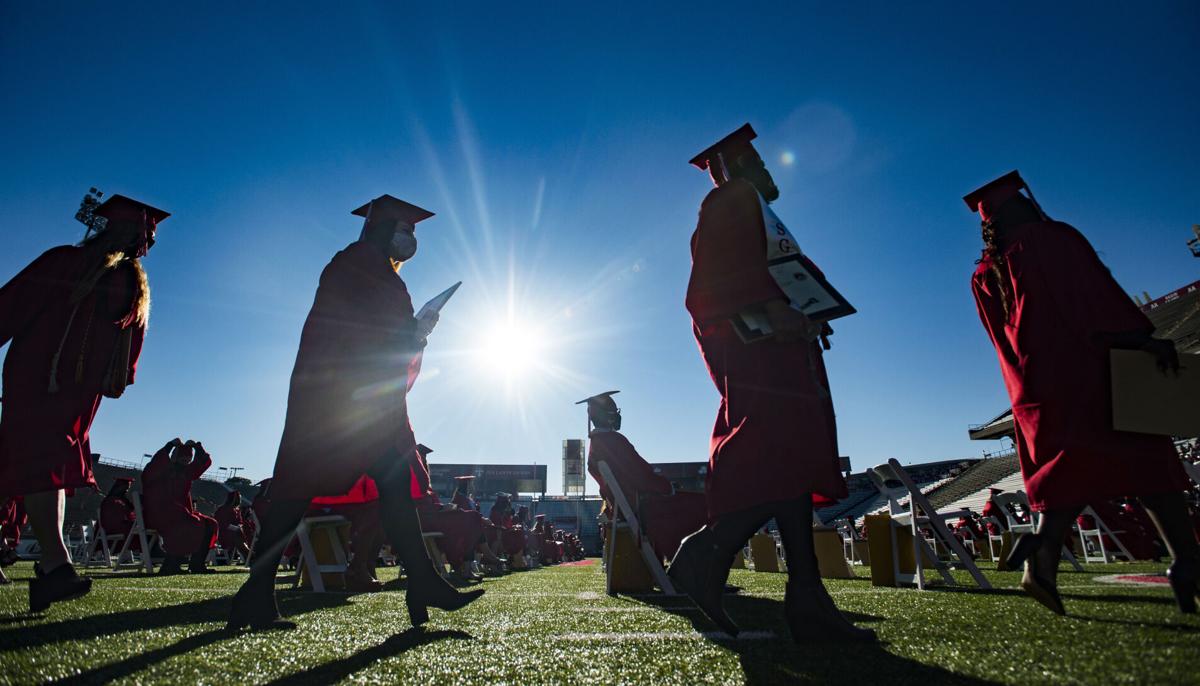 Graduates walk to be recognized during the UL-Lafayette College of Liberal Arts Commencement Ceremony Tuesday, December 8, 2020, at Cajun Field in Lafayette, La. 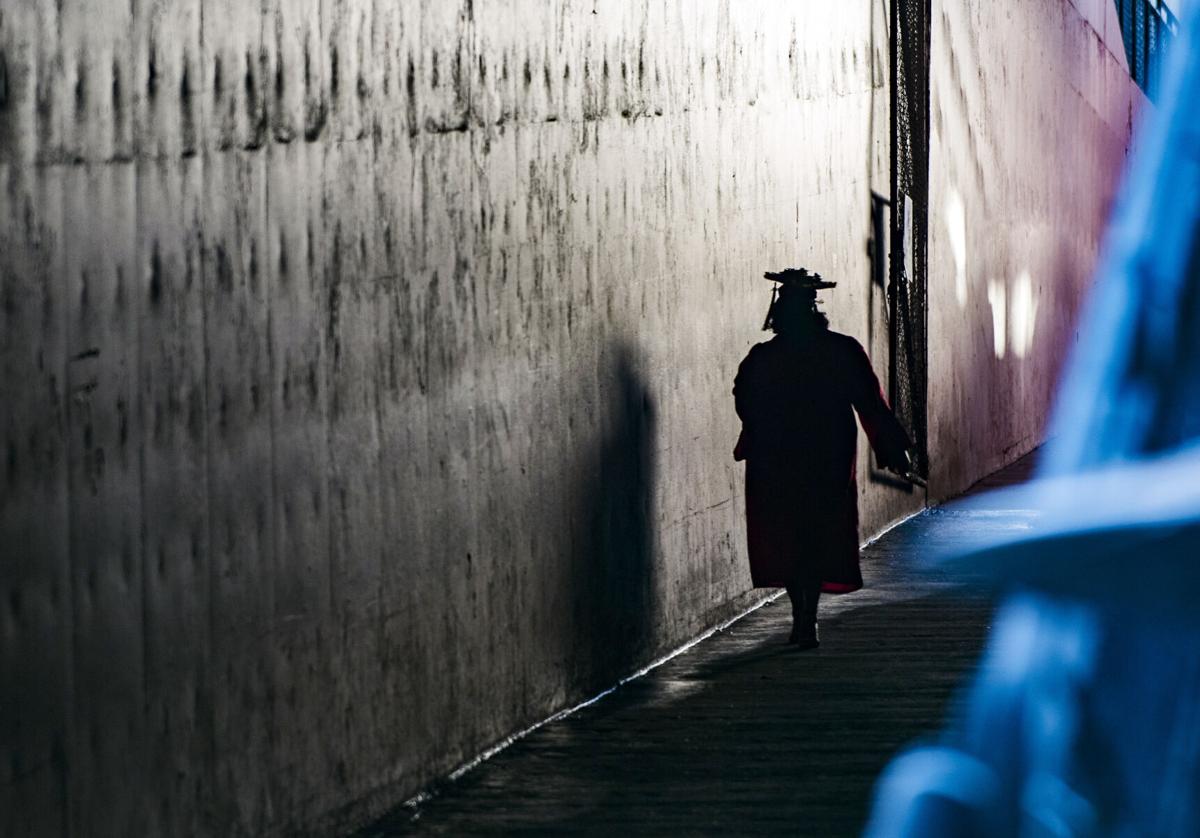 A graduate walks down the tunnel to the field before the UL-Lafayette College of Liberal Arts Commencement Ceremony Tuesday, December 8, 2020, at Cajun Field in Lafayette, La.

Graduates walk to be recognized during the UL-Lafayette College of Liberal Arts Commencement Ceremony Tuesday, December 8, 2020, at Cajun Field in Lafayette, La.

A graduate walks down the tunnel to the field before the UL-Lafayette College of Liberal Arts Commencement Ceremony Tuesday, December 8, 2020, at Cajun Field in Lafayette, La.

Who qualifies for TOPS scholarships sparked new complaints Wednesday when a key state House committee learned that 59% of recipients live in families with incomes of $70,000 per year and more.

"We have a lot of work to do," Commissioner of Higher Education Kim Hunter Reed told the House Appropriations Committee.

The Taylor Opportunity Program for Students, known as TOPS, is a merit-based college scholarship program that carries modest academic requirements.

Two Baton Rouge lawmakers on the committee renewed complaints that surfaced periodically that the aid is top-heavy with students living in families with comfortable incomes. Figures supplied to the committee show that 22% of students who receive TOPS live in households with incomes of $150,000 per year and more.

Conversely, those in families with incomes of $50,000 per year and less account for 41% of the total. The median household income in Louisiana is $49,469, according to House figures.

Rep. C. Denise Marcelle, D-Baton Rouge, said while TOPS was initially launched to aid students who could not afford college that is not happening. "How did we get from the intent to what we have here, that it is just the opposite?" Marcelle asked.

The ACT requirement is the key barrier, and an unfair one, to Black students enrolling in high school classes for college credit, education of…

"We have to change the trajectory at some point," she added.

"I am deeply troubled by this chart," Carpenter said, referring to the document that show TOPS recipients by income levels.

"We cannot continue to be in the same situation year after year," she said.

Reed said there is a clear link nationally and in Louisiana between family income and academic success.

LSU, other colleges set to get $268 million from coronavirus relief bill

LSU and other public colleges and universities are set to get $268 million from the latest federal stimulus bill, up 82% from what schools got…

She said higher education leaders are working to ensure that "your parent's income is not your destiny."

Legislative leaders often call TOPS one of the most popular programs in state government.

Efforts to revamp the program have gone nowhere.

Nearly 60,000 students are getting the aid for the current school year at a cost of $321 million.

State aid for colleges based on financial need, called GO Grants, is set to rise by about the same amount as the allocation for TOPS – $11 million.

However, that aid would total $40.5 million starting July 1, which critics called a disparity that needs to be addressed.

Reed noted that, while lawmakers have discussed linking TOPS to family income, nothing has come of the talks. "We have tried to make sure we advocate for affordability, advocate for GO Grants," she said.

The income distribution for TOPS recipients has changed little in the past decade.

TOPS recipients also graduate at roughly double the rate of those who do not get the scholarships. Committee figures show that 36% of TOPS students graduated in four years compared to 18% of others.

The schools that make up the LSU System account for 37% of TOPS awards versus 1% for the Southern University System.

The TOPS discussion came up during the committee's review of Gov. John Bel Edwards' $3 billion higher education proposal for the financial year that begins July 1.

The plan includes $19.8 million for faculty pay raises of about four percent, which would be the first of their kind in 13 years.

Faculty pay at four-year colleges ranks 15th of 16 states studied by the Southern Regional Education Board.

State aid per student at four-year schools is last among 14 states counted – $4,025 per student.

When lawmakers praise a plan as “bold,” as members of the House Ways and Means Committee repeatedly did for a colleague’s bill Tuesday, that’s…