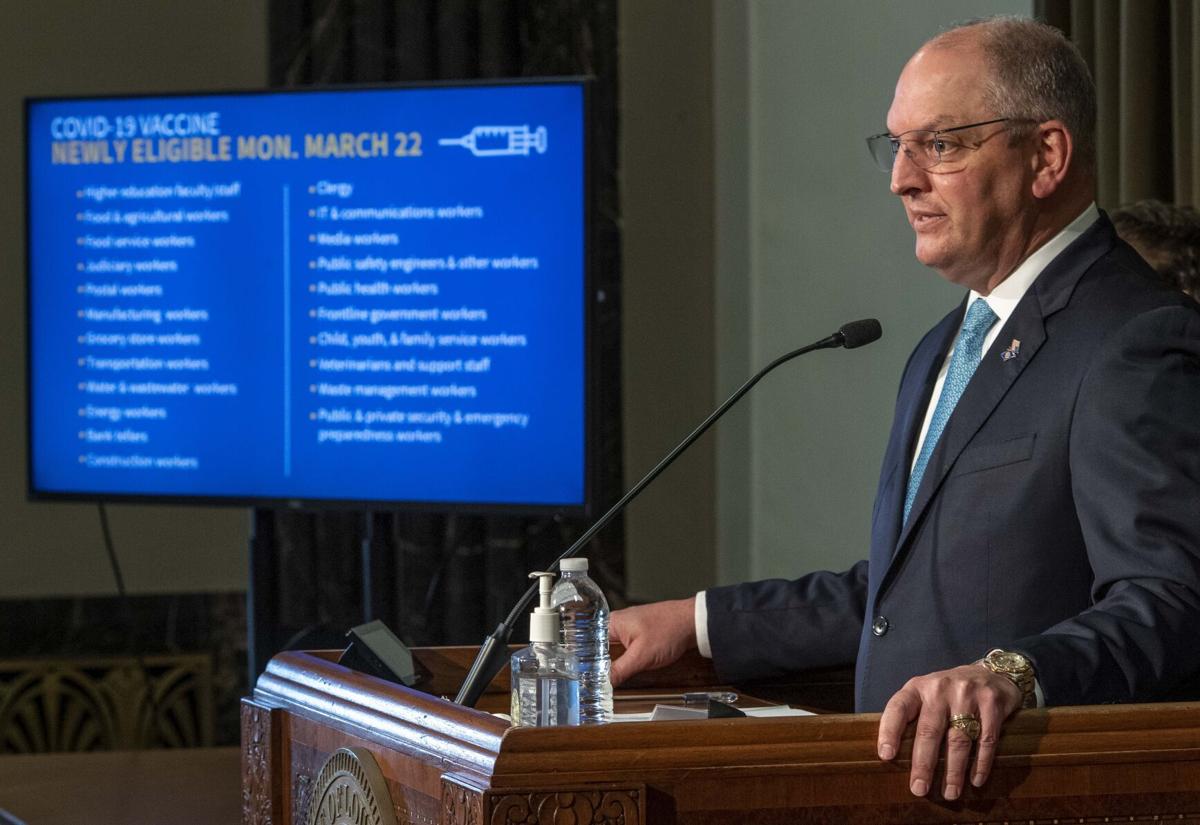 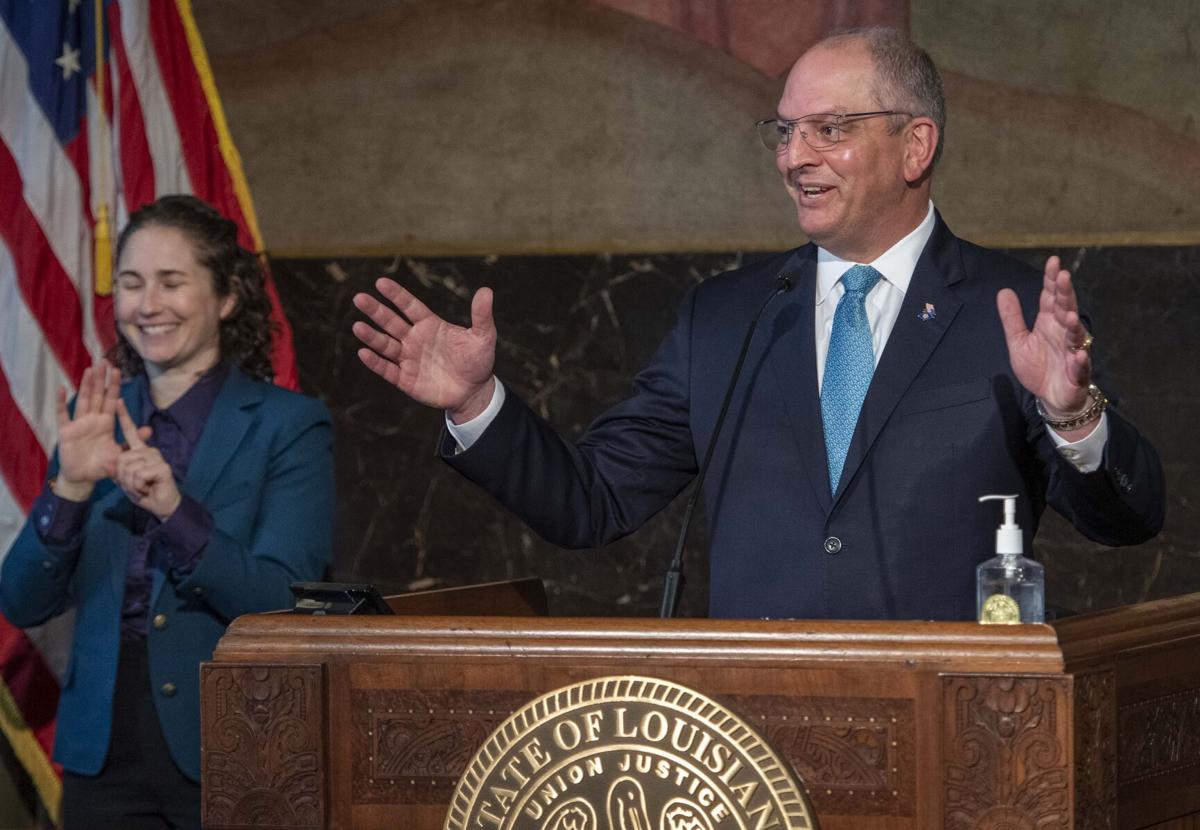 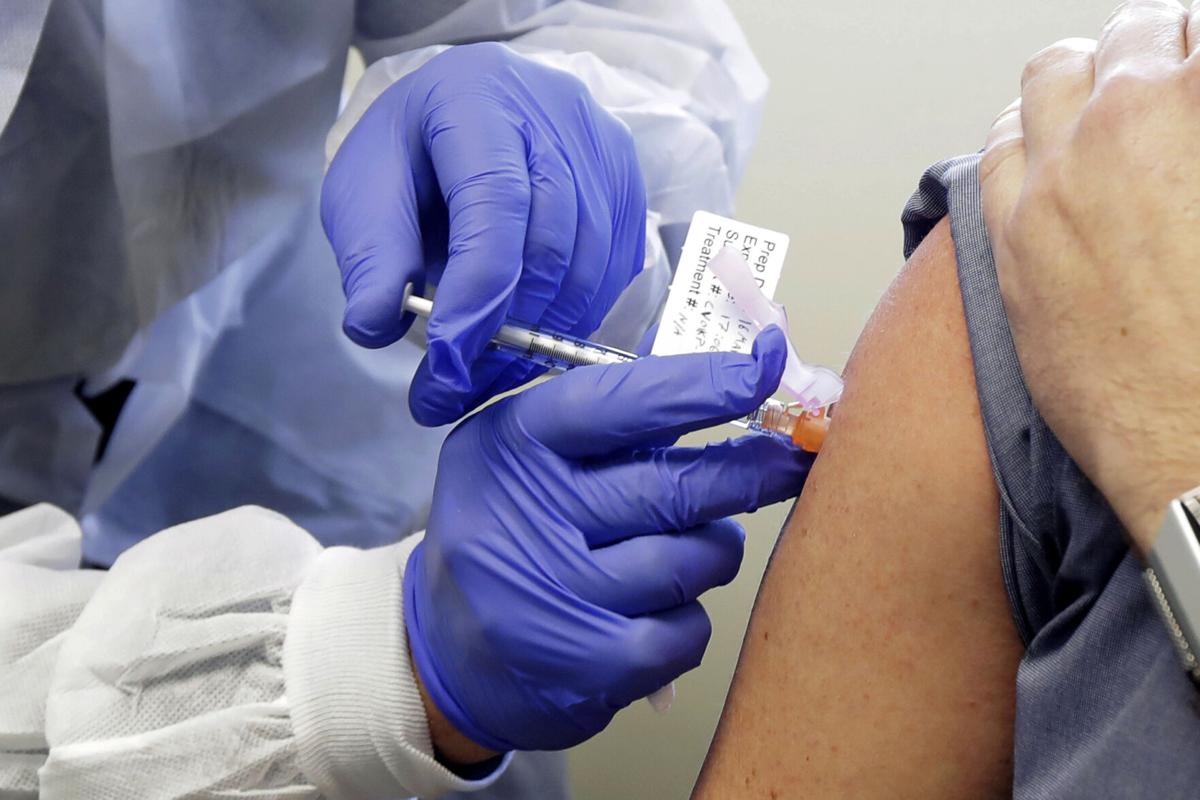 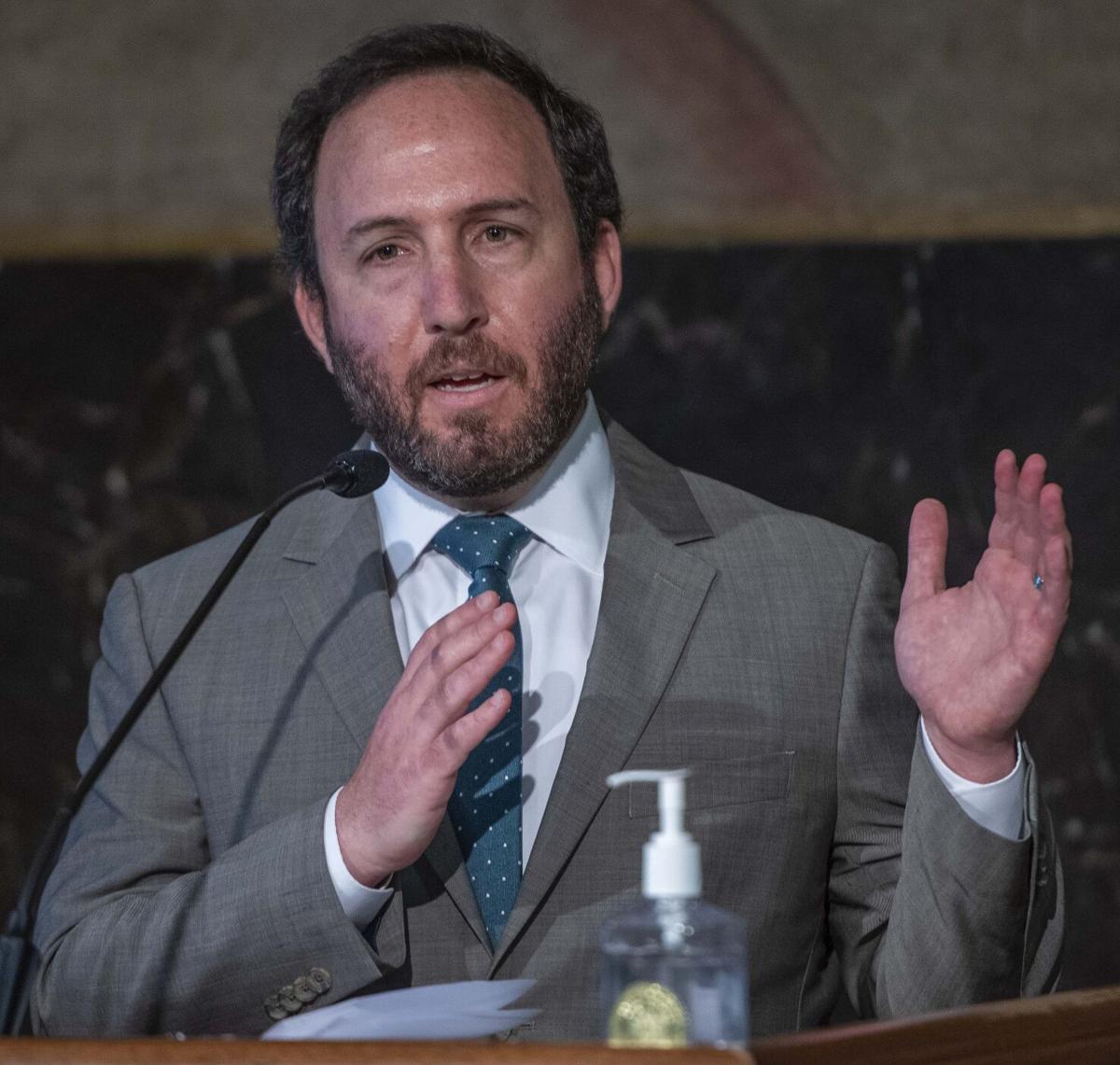 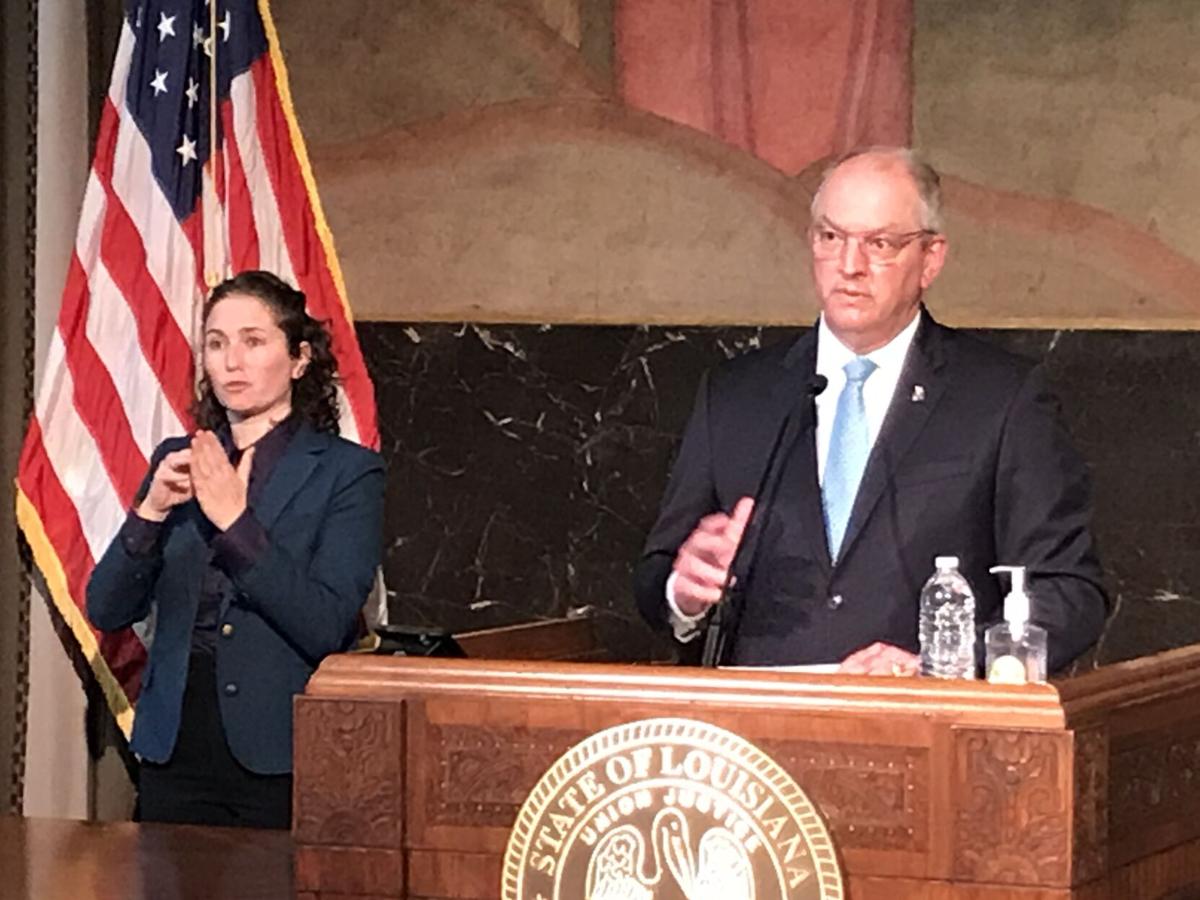 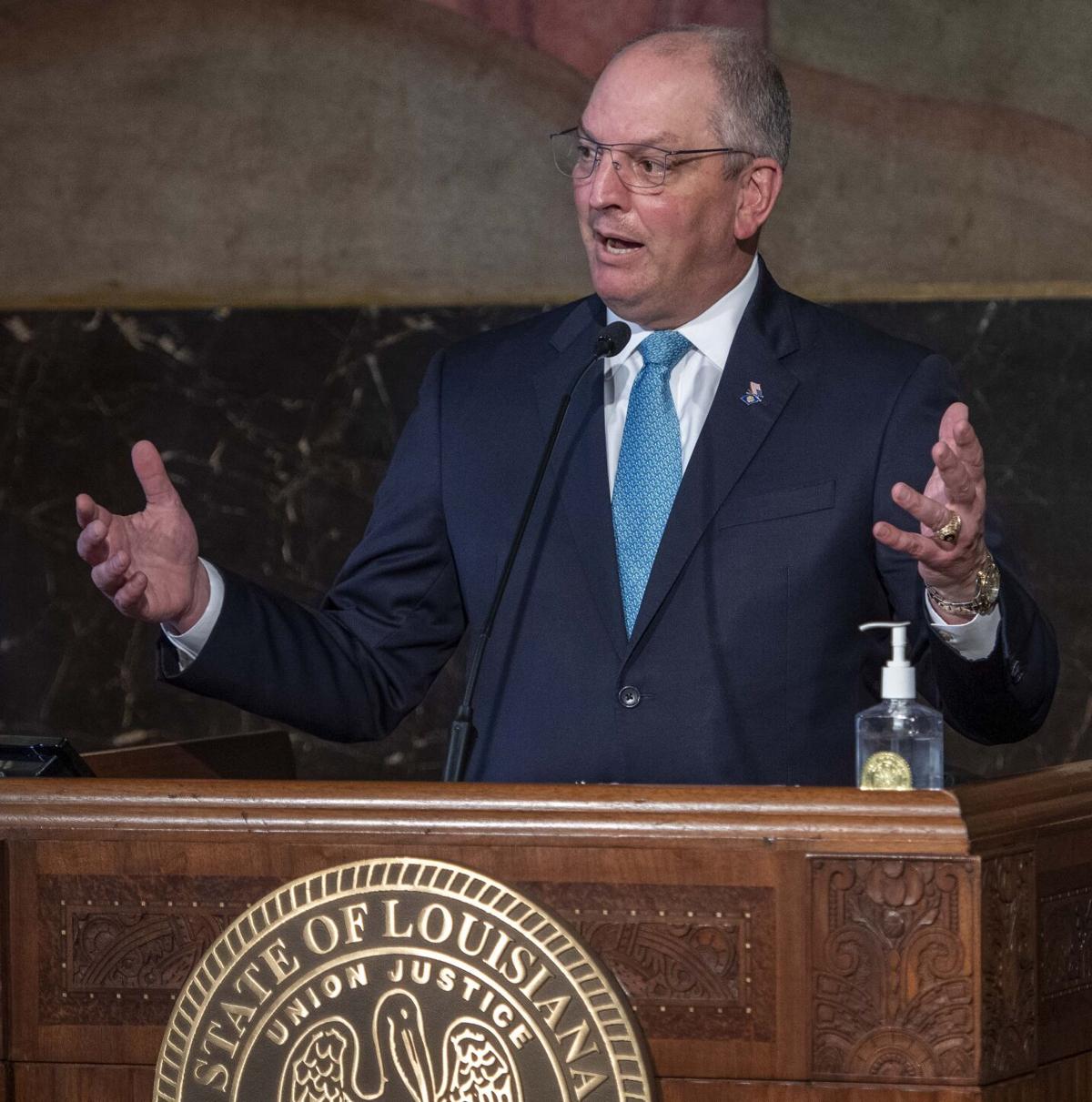 The number of coronavirus patients in Louisiana's hospitals reached a record low on Thursday as Gov. John Bel Edwards announced expanded vaccine eligibility to a slew of essential workers, including employees at restaurants, bars, grocery stores, colleges and universities.

The new rules go into effect Monday and apply to anyone 16 or older. To qualify, patients will need to bring an employee ID badge, paystub or some other form of evidence to their appointment proving they work in an eligible occupation.

Gov. John Bel Edwards said that beginning Monday, more than two dozen categories of essential workers will be eligible for the coronavirus vac…

With a significant shipment of vaccine doses expected in April, Edwards said the state could soon near a "tipping point" in its fight against the virus. Still, he cautioned there's no guarantee the state doesn't backslide and urged the public to get vaccinated to avoid doing so.

"It's because of the vaccines that we can look forward to more normalcy on the horizon, but the vaccine by itself just sits in the freezer, we have to have people's arms to put them into," Edwards said.

There were 414 patients hospitalized with COVID-19 as of Thursday afternoon — the lowest in nearly a year and a number that has steadily declined since the state reported a pandemic-high of 2,069 patients on Jan. 7 following a deadly post-holiday surge in cases.

That's down from a high of around 450 hospitalizations following the first surge in March, according to Dr. Jeffrey Elder, an LCMC Health executive overseeing vaccine distribution at the Ernest N. Morial Convention Center in New Orleans.

"We're not out of the woods yet. This is the light at the end of the tunnel, but we still have to do the basics like wearing a mask and socially distancing so we don't see another surge before reaching herd immunity," Elder said.

To reach herd immunity — and return to some semblance of normalcy — anywhere from 75-90% of the population needs to be vaccinated.

About 21% of the state’s total population has received at least the first dose of the two-dose vaccine regimens available, according to state health department data. Nearly 569,000 people have been fully inoculated.

Louisiana ranked 40th among states in the percentage of its total population that had received at least one vaccine dose, according to the U.S. Centers for Disease Control and Prevention.

In addition to the record-low hospitalizations, Louisiana this week also reported its lowest rate of positive coronavirus tests, at 2.9%, as well as the lowest number of new cases identified among nursing homes residents.

Still, Dr. Joe Kanter, the state's health officer, said he remains concerned about trends in the Lake Charles area, which as of Wednesday, had 77 confirmed or suspected cases of the more transmissible U.K. variant, the highest in the state.

COVID variant on the rise in a recovering Lake Charles; demand for vaccinations slackens

An increase in cases of the more transmissible U.K. coronavirus variant in southwest Louisiana has added urgency to vaccination efforts there.…

Vaccination efforts in the region — which includes Allen, Beauregard, Calcasieu, Cameron and Jefferson Davis parishes — have stalled in the meantime, as residents focus on the grueling task of rebuilding following the destruction wrought by Hurricane Laura nearly seven months ago.

"I know COVID is not always first of mind, and there's a lot of fatigue, but I've got to encourage people, particularly in the Lake Charles area, please just hold on a little bit longer," Kanter said, adding that that state is sending vaccination strike teams to the region to help bolster lagging inoculation efforts.

Louisiana last week took the extraordinary step of opening up eligibility to anyone 16 and older with certain health conditions. Those categories were broadly defined, and included smokers and those who are definitionally "overweight," a blunt metric covering roughly 70% of the state's adult population.

That expansion came after vaccine providers reported "slack" in available appointments. Kanter said appointments in recent days were again filling up slower than usual, making it a good time to once again expand eligibility.

President Joe Biden set a May 1 goal for states to open up eligibility to the general population, though Edwards said he expects Louisiana to reach that goal much sooner and said the next announcement he makes on eligibility will likely make that leap.

The state expects to receive a flat shipment of around 112,200 vaccine doses next week and plans to add another 14,700 doses leftover from its long-term care facilities to that pile.

COVID vaccine eligibility expands today in Louisiana. Here's where to get an appointment

COVID-19 vaccine eligibility is expanding once again in Louisiana.