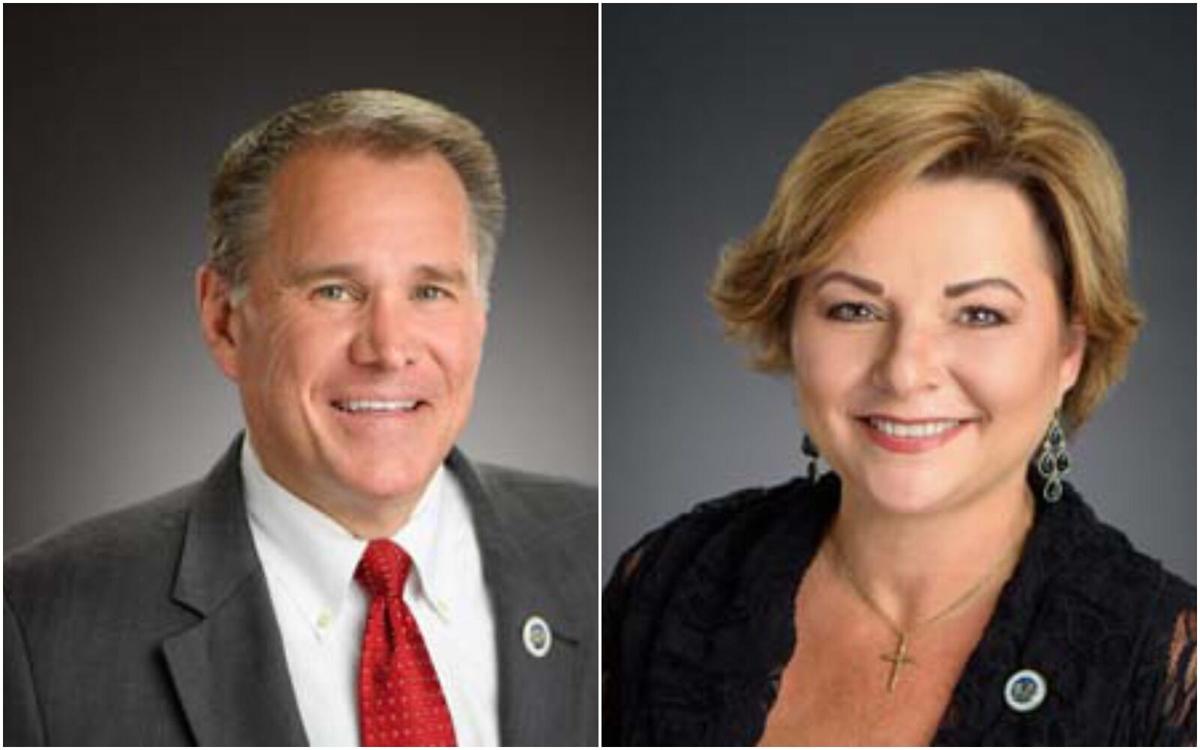 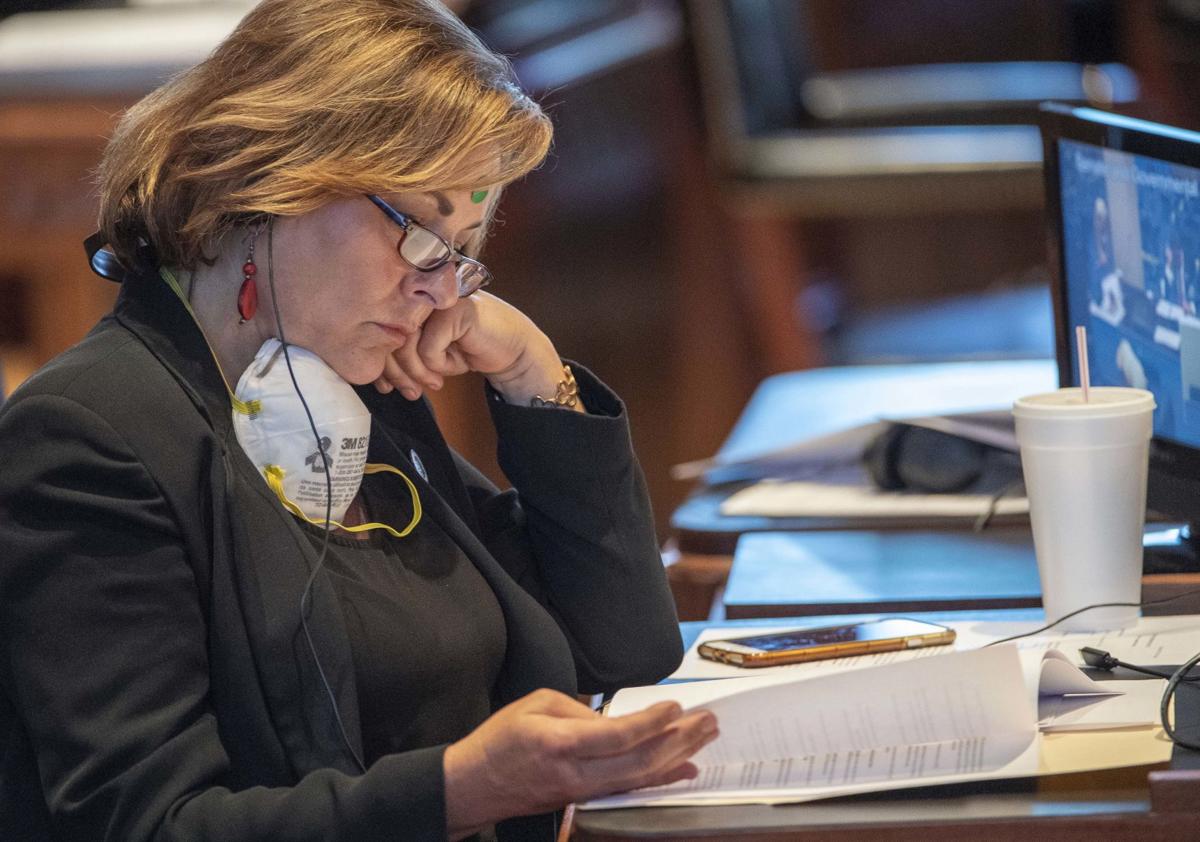 Rep. Malinda White, D-Bogalusa, looks over paperwork while waiting for the start of the Committee on House and Governmental Affairs meeting in the House chamber at the State Capitol Wednesday April 15, 2020, in Baton Rouge, La. The committee listened to Secretary of State Kyle Ardoin's proposal to change the 2020 presidential preference primary election and the 2020 municipal general election and to consider written emergency plan for the elections.

Rep. Malinda White, D-Bogalusa, looks over paperwork while waiting for the start of the Committee on House and Governmental Affairs meeting in the House chamber at the State Capitol Wednesday April 15, 2020, in Baton Rouge, La. The committee listened to Secretary of State Kyle Ardoin's proposal to change the 2020 presidential preference primary election and the 2020 municipal general election and to consider written emergency plan for the elections.

Legislation that would expand Louisiana's definition of domestic abuse to include behaviors like coercion and control was temporarily sidelined Wednesday after an emotional outburst on the House floor between the bill's chief sponsor and an opposing legislator.

Rep. Malinda White briefly brought the lower chamber to a halt Wednesday after she abruptly began shouting at Rep. Alan Seabaugh, who moments earlier told her she didn't understand the ramifications of her bill. A colleague intervened to physically remove White from the floor.

The public blow-up came amid a one-on-one conversation over language in House Bill 159 — which would allow victims of domestic abuse to obtain protective orders before they experience physical violence.

"When I said you're not a lawyer and you don't understand, she completely lost her mind," Seabaugh said. "As she was dragged away she said either I'm going to get my gun and finish this or let me get my gun and we'll finish this."

This bill would keep guns away from domestic abusers. NRA says it goes too far

White said in the heat of the moment, she made comments she probably shouldn't have, but said as a survivor of domestic abuse, she was "triggered" by the notion that she didn't understand the issue at-hand.

White, a Bogalusa Democrat, later apologized on the House floor for the altercation.

Law professors, victims' advocates and family court judges spent nearly four years crafting HB159 to expand the definition of domestic abuse to include some forms of non-physical, emotional abuse such as coercion, control and intimidation — but only when it’s used to prevent a victim from escaping a relationship or contacting law enforcement.

Experts argue the language better reflects the realities of domestic abuse, which often begins with controlling behaviors, and will help victims obtain protective orders before their circumstances escalate to physical violence.

Seabaugh, a Shreveport Republican, said the language was too broad and that "people will lose their kids, they will lose their gun rights and all kinds other bad things for a bad text message, an offensive Facebook post or tweet." He also said it would open the door to requiring alimony between dating partners.

Andrea Carroll, an LSU law professor who helped draft the legislation, said that Seabaugh's concerns are unfounded. She said existing law doesn't allow for financial support between unmarried cohabitants and offered to include an amendment reiterating that fact.

White said she’s “wired up like a racehorse by nature" and said she was also running on little sleep and steroids after dealing with an illness earlier this week. “My father comes out of me when my mother should,” she said. “My father was a fighter.”

Seabaugh said he and White are set to meet with House Speaker Clay Schexnayder over the altercation.

"If I had grabbed her arm and threatened to get a gun, I’d be in cuffs right now, which I think is kind of ironic when she’s bringing a bill on domestic abuse and she’s being abusive and threatening," Seabaugh said.

With only a day left in the legislative session, White said she expects HB159 to come up for a vote on Thursday.

Legislature focuses on safety of women

The health and safety of women has emerged as a significant theme in this year’s legislative session, and five bills, two House resolutions an…