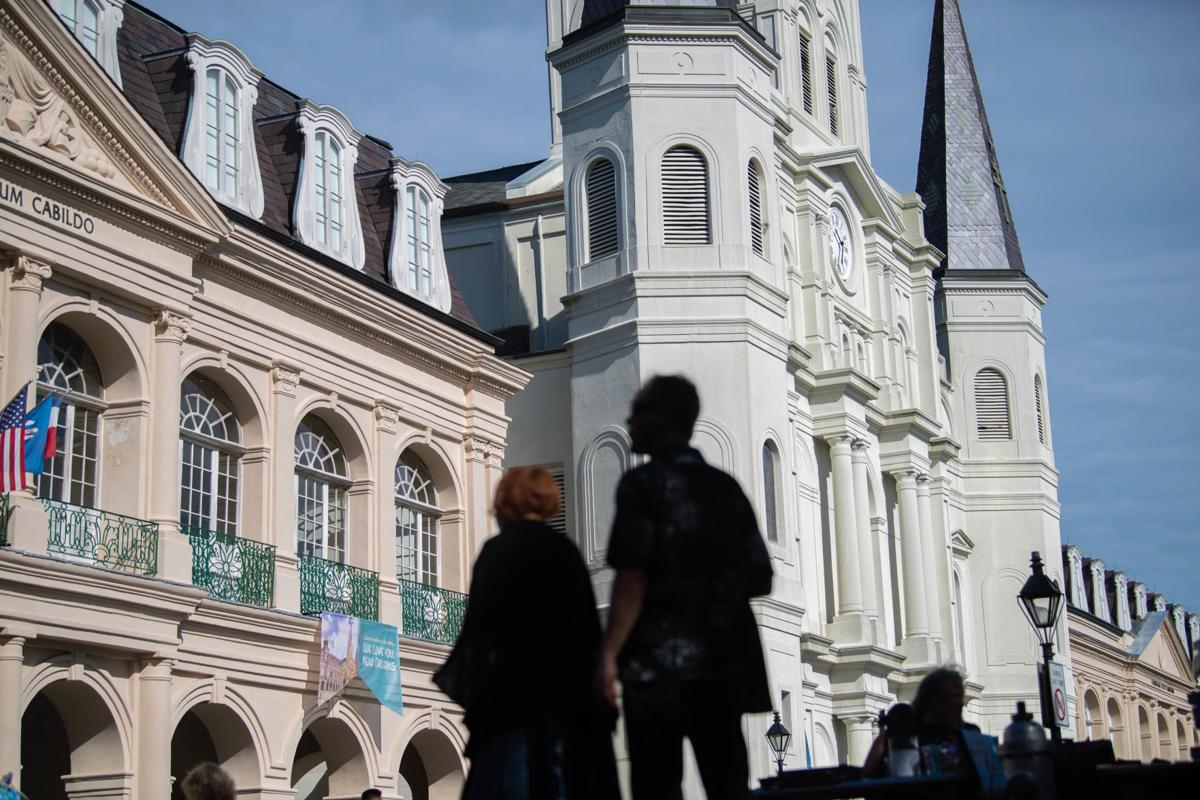 A file photo of Cabildo, St. Louis Cathedral and the Presbytere in the French Quarter. 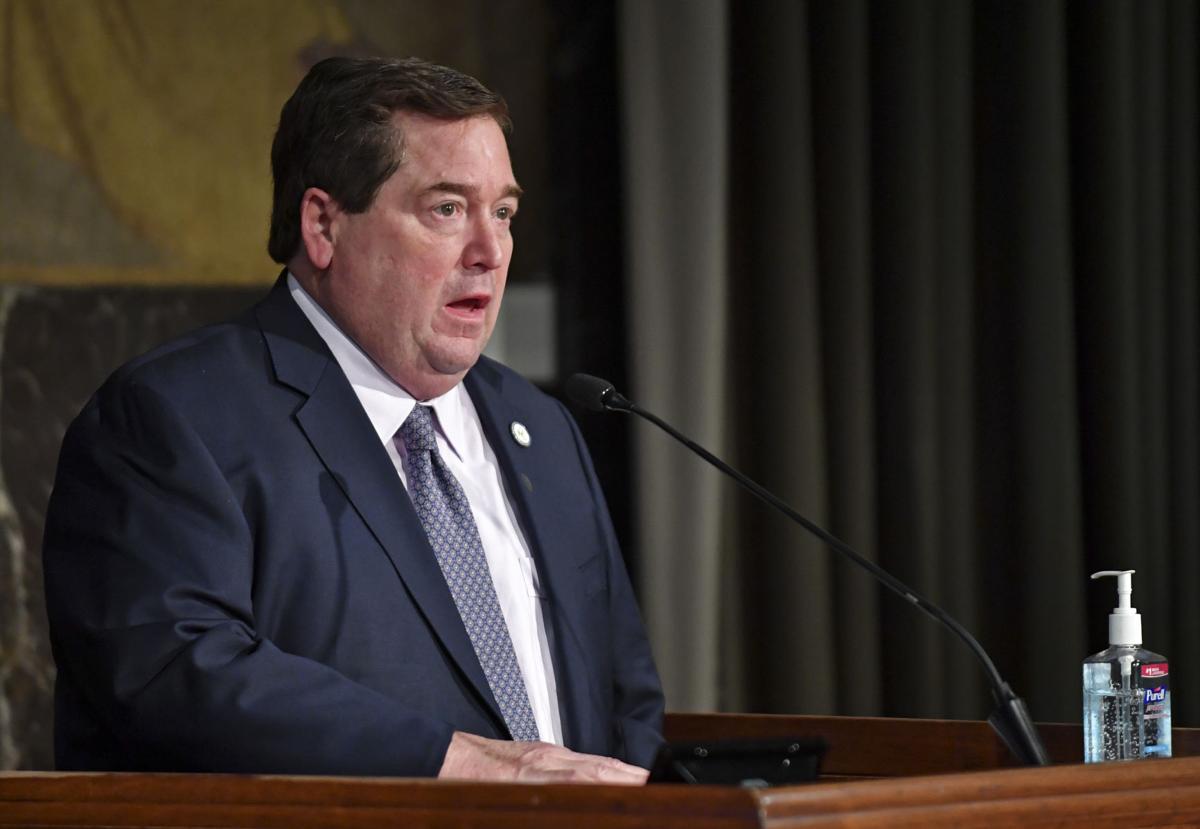 Lt. Governor Billy Nungesser speaks at State Capitol in this file photograph from May 2020. He is looking into claims that the social media accounts were hacked to attribute racist comments of a member of the State Museum board.

A file photo of Cabildo, St. Louis Cathedral and the Presbytere in the French Quarter.

Lt. Governor Billy Nungesser speaks at State Capitol in this file photograph from May 2020. He is looking into claims that the social media accounts were hacked to attribute racist comments of a member of the State Museum board.

Lt. Gov. Billy Nungesser is looking into claims by a state museum board member that a racist post attributed to her was not hers but the result of a hack of her Facebook account.

Nungesser told The Advocate/Times-Picayune that he believed the board member, but as steward of the state’s often troubled history, he felt such comments were unacceptable. He needed to be sure of her story and was looking for evidence that her social media accounts had been breached.

“When you’re a representative for a state board, you need to keep some comments to yourself,” Nungesser said, adding that such comments, if actually made by the board member, would result in dismissal.

“I know this lady was an educator for 30 years. I’ve only known her as a gracious lady,” Nungesser said.

A celebrated Cajun musician for several days has been busy explaining his social media postings, some of which have been perceived as inflamma…

“We’re at a time right now when we have to sit down with people who are critical of the police and with the police, who I support,” Nungesser said. “Comments like these don’t help pull us together.”

In addition to instances of police abuse, Louisiana’s history includes slavery, rebellion, and systemic efforts to limit African American access to voting, jobs, schools and housing. All of which is coming under scrutiny in the wake of ongoing nationwide protests following the death of George Floyd at the hands of Minneapolis police.

Throughout the South symbols of the old Confederacy and Jim Crow have been removed. New Orleans is renaming streets, such as Jefferson Davis Parkway. LSU is renaming campus buildings, such as the Troy Middleton Library. Statues are being brought down.

Aleta Leckett, of Houma, sent fellow members of the Louisiana State Museum Board an email Tuesday claiming that she didn’t write the racist Facebook post attributed to her. She attached part of an email from Facebook security alerting her that someone had signed into her account from a location she didn’t “usually use.”

“I wrote FB a very stern letter and expressed my anger since I have gotten repercussions from all of this,” she wrote her board colleagues.

“That is not my view or the views of the board,” she said about the post, which appeared sometime over the weekend.

Leckett said she was restricted by her lawyer on what she could say about the matter. But she claimed Facebook had two accounts in her name, one of which she didn’t know about and couldn’t access. She wasn’t quite sure what happened.

Some board members spoke on condition they not be identified publicly and said the issue about what to do with Leckett has been about the only subject of conversation since the postings. They said the board’s office in the Presbytére had received numerous calls complaining about the posts starting Monday morning, which Nungesser confirmed. But the Board’s executive committee didn’t return calls seeking comment over a two-day period.

Drew Dollar, a confirmed admitted student at LSU from West Monroe who was shown recently in a racist video on social media, will not be enroll…

The postings included a screed against Democratic Party funder George Soros, a favorite target of some Republicans, claiming he and his family collaborated with the Nazis in their Hungarian homeland.

But the post that attracted the most attention was one that questioned what “privileged” meant in today’s world by listing such things as the unemployed wearing $200 sneakers and $300 headphones as well as living in public subsidized housing, receiving free health insurance and having access to college funding “that supports only your race.”

Leckett, through her email account, has distributed numerous articles that support right-wing narratives. On May 27, for instance, she forwarded an article scolding the mainstream media for not reporting that the rightest government of Italy had turn communist because of COVID-19. In December 2019, she forwarded a YouTube video of a commentator who said the cost of dealing with undocumented immigrants in California would lead to the collapse of the United States economy.

But none of the articles made racist comments as blatant as those found in the "privileged" posting that had her photo attached.

The 21 members of the board oversee the state museums under the lieutenant governor’s authority, which include the Capital Park facility in the shadow of the State Capitol in Baton Rouge, the Cabildo and Madame John’s Legacy in the New Orleans French Quarter.

Leckett was appointed in January 2011 by then Lt. Gov. Jay Dardenne to represent the E.D. White Historic Site near Thibodaux. The site is the plantation home of a governor prior to the Civil War and his son, who served on the U.S. Supreme Court for 27 years mostly at the beginning of the 20th Century, the last 11 as chief justice.

After CrossFit CEO steps down, some Acadiana gyms leave company, others stay