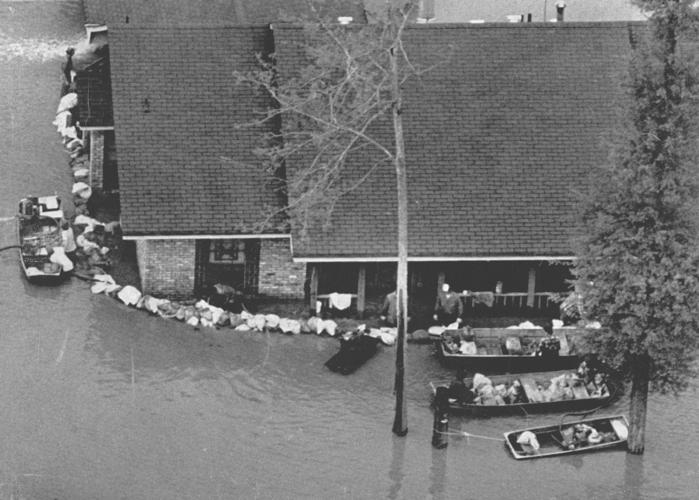 A family fights to keep water out of a house near the Amite River during flooding in April 1983, one of the worst floods on record in the area. 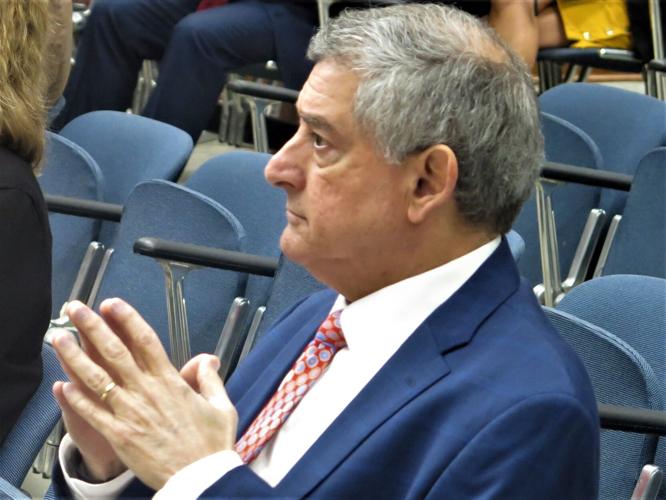 Commissioner of Administration Jay Dardenne on Tuesday, Aug. 9, 2022 persuaded at the Joint Legislative Committee on the Budget to approve a settlement to pay $105 million Tangipahoa Parish victims of flooding caused by the building of Interstate 12. 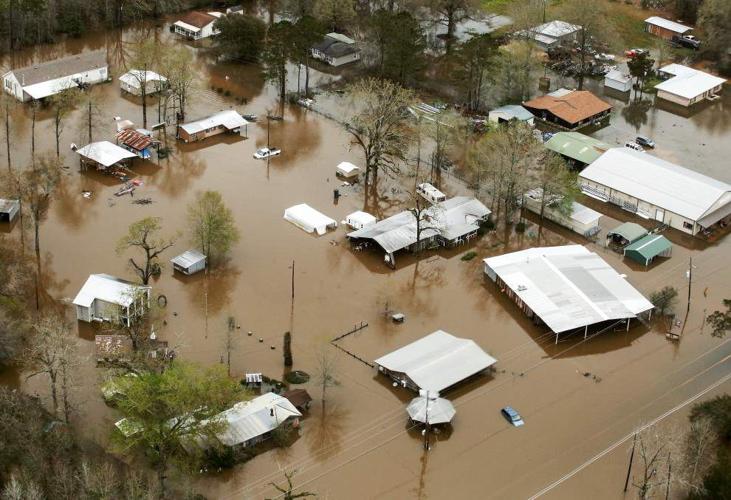 Waters from the Tangipahoa River flood a neighborhood near Robert Saturday, March 12, 2016. A court judgment over similar flooding in 1983 still is awaiting payment by the state.

A family fights to keep water out of a house near the Amite River during flooding in April 1983, one of the worst floods on record in the area.

Commissioner of Administration Jay Dardenne on Tuesday, Aug. 9, 2022 persuaded at the Joint Legislative Committee on the Budget to approve a settlement to pay $105 million Tangipahoa Parish victims of flooding caused by the building of Interstate 12.

Waters from the Tangipahoa River flood a neighborhood near Robert Saturday, March 12, 2016. A court judgment over similar flooding in 1983 still is awaiting payment by the state.

After 39 years of the state saying no, a legislative committee agreed Tuesday to pay $101.5 million to Tangipahoa Parish victims of flooding caused by the building of Interstate 12.

But the 1,246 victims, 400 families and 96 businesses are going to have to wait at least another six months – probably a year – for all the bureaucratic and legal i’s to be dotted and t’s to be crossed before the checks can be written.

The Joint Legislative Committee on the Budget approved the compromise negotiated by the Edwards administration and lawyers for the flood victims. With the committee's vote, the state treasury transferred the money into a fund to pay those flooded in April 1983 or their families. At least 30% of the plaintiffs have died – their successors will receive the payments – while waiting for the state government to pay what the courts ordered it to pay years ago.

“Today was a huge day, the last major step was approval of the settlement,” Jean-Paul Layrisson said after the legislative hearing. He represents the flood victims.

“Now it’s mainly procedures. We will do all we can to expedite the process but also to make sure that it’s done correctly,” the attorney added.

Now that the deal has been approved, the state treasury released the remaining $30 million from this Fiscal Year 2023’s state budget into the settlement fund. Those dollars join the $50 million the Legislature agreed to add from the 2022 Fiscal Year’s money, $15 million directed from 2021 and $6 million from several years before.

The money still has to be recognized by the Revenue Estimating Conference, the four-member panel that determines how much money the state has to spend. Commissioner of Administration Jay Dardenne is a member of the REC and says that approval will be on the agenda when the panel meets again in early September. Then, the Joint Legislative Committee on the Budget will have to agree to spend the money, which will happen during its meeting later in September.

Then, the $101.5 million will be transferred from the state into an escrow account that will pay the plaintiffs.

At that point the judge, likely 21st Judicial District Court Judge Jeffrey Johnson, will have to hold a fairness hearing and approve the settlement. A special master likely will be appointed to sort out how much each business or person, or their successors, will receive.

“We have every confidence that the court is going to approve this settlement,” Dardenne said during the hearing.

State Rep. Bill Wheat, R-Ponchatoula, pointed out that the state actually owes $330 million, including interest, after ducking its obligation to pay the judgment for so long. The negotiated settlement is a good deal for the state, Wheat said in arguing for his budget committee colleagues to approve the deal.

The April 1983 rains raised bayou and river levels that flooded about 6,000 homes in the Baton Rouge metro area. In Tangipahoa Parish, the newly opened Interstate 12 acted like a large levee, disrupting the flow of waters towards the swamps that drain into Lake Maurepas and Lake Pontchartrain. The Tangipahoa River, a normally bucolic waterway, engorged with rainwater that couldn’t get past an I-12 bridge near Robert. Eventually the river diverted down branches that flowed into Ponchatoula, flooding homes and businesses that had no flood insurance because they never came close to flooding before.

A Tangipahoa Parish jury in 1999 found the I-12 bridge over the Tangipahoa River, near La. Hwy. 445, doesn’t change elevation as it crosses the river and adjacent swamp, as it should have done, and awarded $92 million. After the verdict, the state Department of Transportation & Development spent seven years appealing all the way up to the Louisiana Supreme Court, which told the state in March 2006 to pay the judgement. But interest had begun accruing in 1999 – and continues to this day – ballooning the amount owed by Louisiana taxpayers.

Gov. Kathleen Blanco attempted to settle the deal for about $93 million in 2006 but by that point interest payments had put the amount over $100 million and legislators balked.

Each session the Louisiana Legislature approves paying judgments that courts have determined states are owed, for car wrecks caused by low shoulders or bad roads, for instance. With the payment of the judgment in Jean Boudreaux and the Victims of the Flood on April 6, 1983 on the Tangipahoa River v. State of Louisiana, Department of Transportation, et al., the state is all paid up.

Senate President Page Cortez, R-Lafayette, told the committee that paying off debts makes it easier for the state to make loans for construction projects by selling bonds.