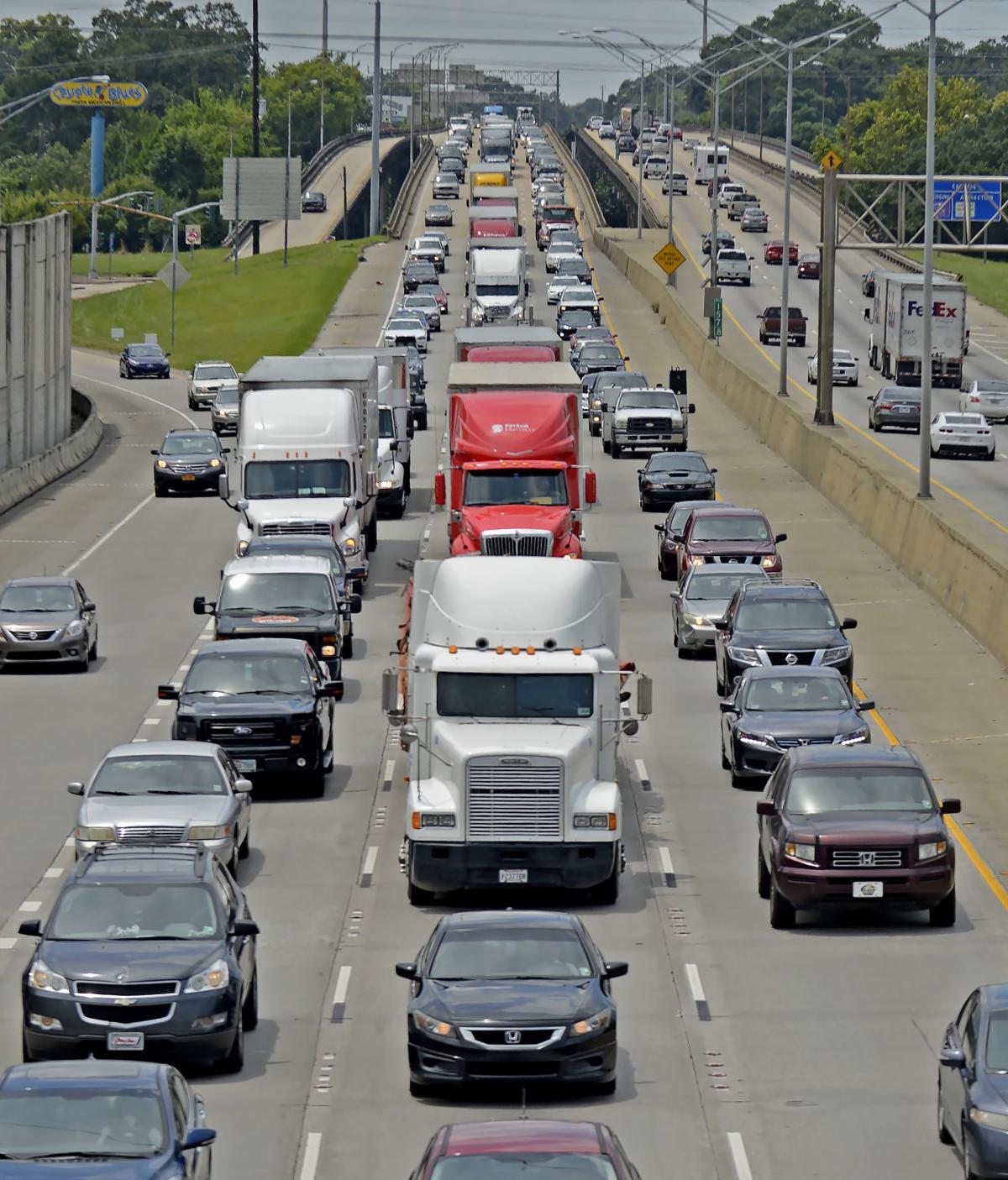 The state received $40 million to work on Interstate 10.

Both eastbound, left, and westbound traffic comes to a crawl during rush hour on Interstate 10 at the Mall of Louisiana, September 15, 2016, in Baton Rouge, La.

The state received $40 million to work on Interstate 10.

Both eastbound, left, and westbound traffic comes to a crawl during rush hour on Interstate 10 at the Mall of Louisiana, September 15, 2016, in Baton Rouge, La.

A task force named by Gov. John Bel Edwards proposed Thursday that state aid for roads and bridges increase by $700 million per year, and that raising the state gasoline tax is the "most reliable" way to do so.

The panel, which scheduled a final vote on the plan Dec. 13, did not specify how to finance the yearly boost.

However, a resolution that spells out the recommendation said the state gasoline tax is "the most reliable, proven and meaningful source of funding," but other sources of revenue should also be considered as part of the package.

The state gasoline tax, which is sure to be a big part of any funding plan, would have to be increased by about 23 cents per gallon to come up with $700 million in new dollars per year.

Exactly how to raise $700 million, or another financial target, would be left to the governor. All the suggestions were discussed through a series of resolutions that will be the basis of a report submitted to Edwards by Jan. 1, 2017.

The governor named the panel to find ways to tackle Louisiana's $13 billion backlog of road and bridge needs and $16 million list of mega projects, including a new bridge across the Mississippi River in Baton Rouge.

The state's $13 billion backlog of needed road and bridge work is mostly for highway work, h…

The committee envisions part of any new money being used for work like the bridge, which carries a pricetag of at least $1 billion and is the top priority of some Baton Rouge area leaders and lawmakers.

The meeting followed months of public hearings and other gatherings designed to come up with possible solutions.

However, any recommendations adopted by Edwards, and submitted to the Legislature next year, are sure to spark controversy.

The state already faces a wide range of budget problems, and tax increases require the support of two thirds of the House and Senate.

"The Legislature will get it and we will go through the political process," Senate President John Alario, R-Westwego, said after the meeting.

"I think it is a good starting point, understanding that  democracy is a give and take so we will see what happens," said Alario, a member of the study group.

On the state tax, 16 cents is for rank and file projects and 4 cents is to pay off a 1989 bond issue for road and bridge work statewide.

Wilson said he is often asked what the gas  tax hike would be.

Wilson said the $700 million is a long-standing figure in DOTD and based on input from state and local officials.

However, House Transportation Committee Chairman Kenny Havard, R-St. Francisville, a member of the task force, has questioned whether taxpayers would back a gas tax increase of 20 cents or so.

Havard was not at Thursday's meeting.

Task force member Ann Trappey, an engineer and chairwoman of the board for the Baton Rouge Area Chamber, said while $700 million seems like a big number "there are lots of reasons to be bold."

Trappey said that, without a substantial increase in state transportation aid, "we will not be able to manage the expectations of the public."

"I think it is a good opportunity to move the state forward," said Perret, who is in a runoff Dec. 10 for a seat on the Baton Rouge Metro Council.

The revenue would be used to help finance a statewide bridge improvement bond issue.

The state has 200 bridges closed statewide, 1,000 with posted weight limits and over 750 that have exceeded their 50-year life.

Another proposal, called indexing, would link the state gasoline tax to the rate of inflation or other costs.

The proposals, including the $700 million increase, will be posted online by DOTD for public comments.

Our Views: A traffic jam of new tax proposals

If you're stuck in traffic, just about anything that will help is going to be popular, even new fees or a higher gasoline tax. Is it political…

A plan to raise taxes and fees by $700 million per year for roads and bridges won final approval Tuesday from Gov. John Bel Edwards' transport…

Letters: Taxes are a necessary evil

It is time that the average person takes a look at some of the issues floating around in politics today and start to make some good decisions.

In an unusual move, Gov. John Bel Edwards plans to piggyback on the bills of key state lawmakers to tackle Louisiana's road and bridge problem…