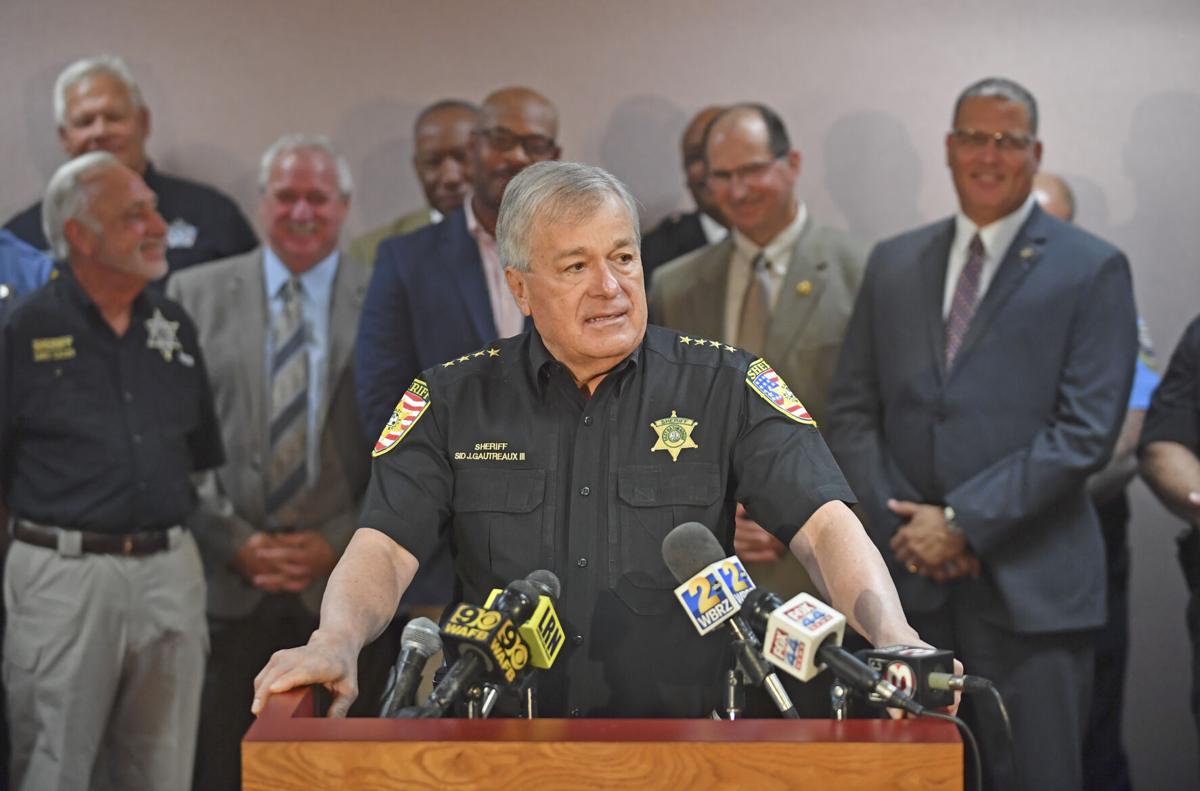 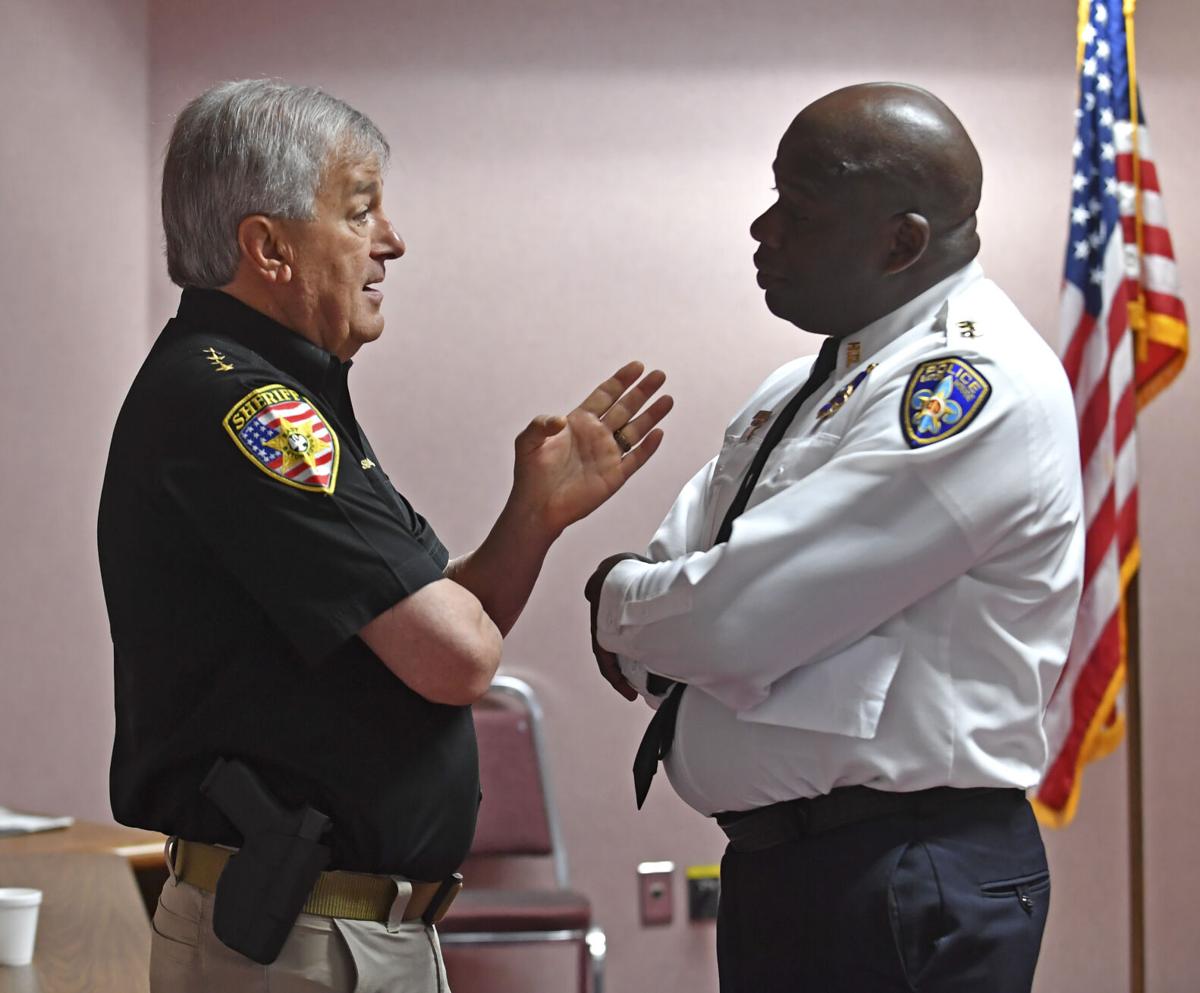 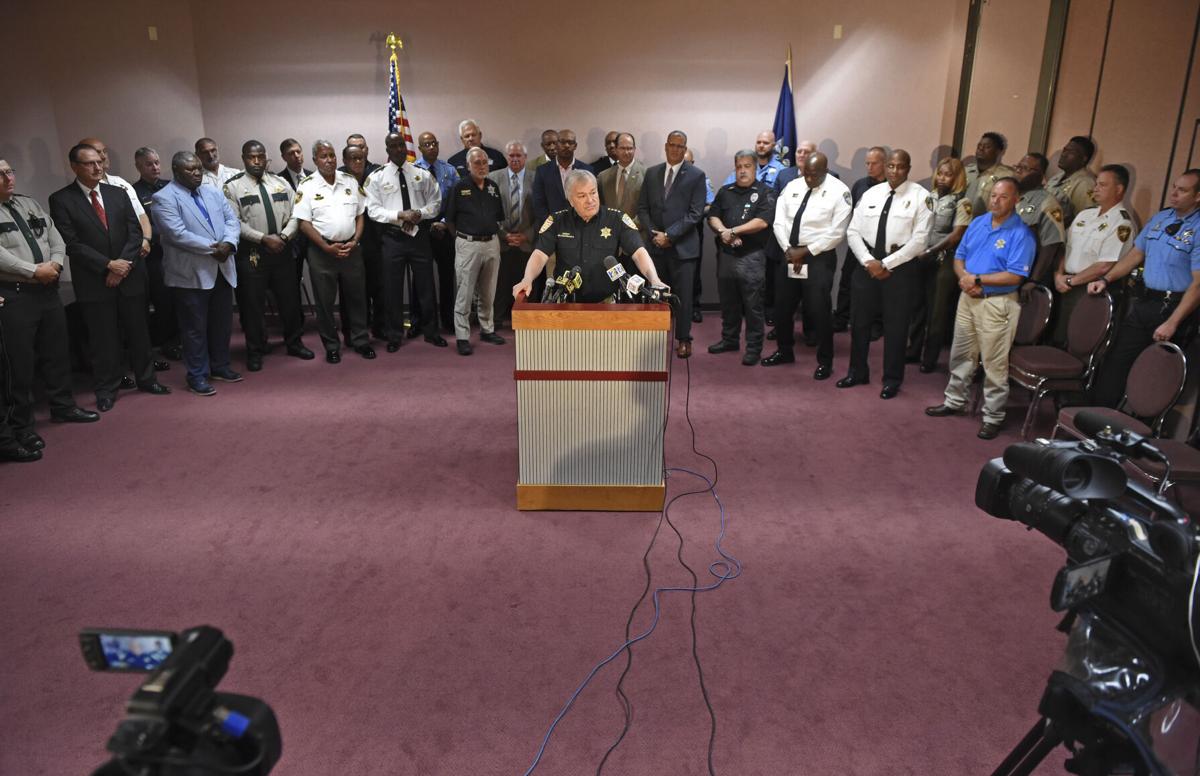 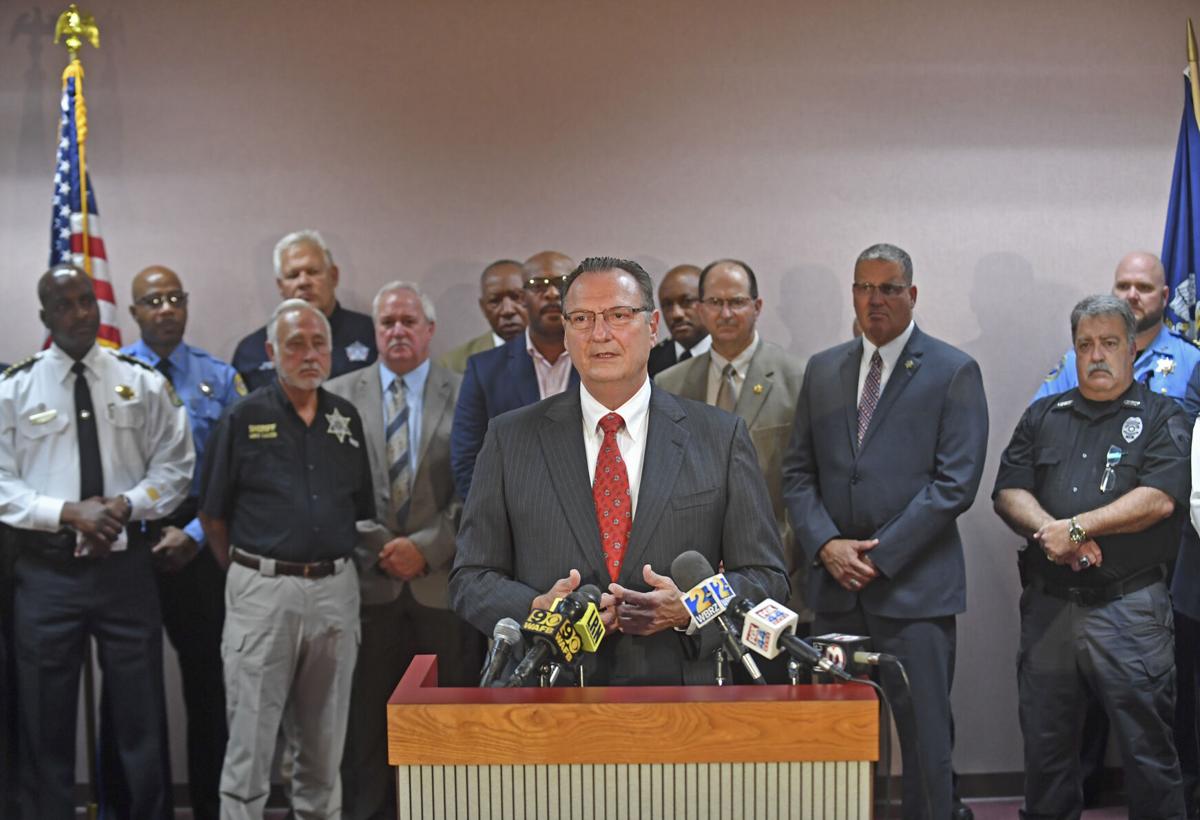 "This is an absolutely terrible bill, not only for the men and women who wear this badge and serve the public, but it's a terrible bill for the public as well," said East Baton Rouge Sheriff Sid Gautreaux III. "This poses an exponential threat to every law enforcement officer in this state."

Louisiana already allows residents to carry a firearm without a permit, but only if that weapon is exposed and visible to the public. When a firearm is hidden beneath clothing or stowed away in a purse, a permit is required.

Senate Bill 118, sponsored by Monroe Republican Sen. Jay Morris, would have done away with that permitting requirement and allowed anyone 21 and older to carry a concealed weapon without undergoing a background check, paying a fee or taking a nine-hour firearms safety training course.

The measure sailed through the Legislature with bipartisan majorities. The Senate approved it 27-11 followed by the House 73-28.

But late last month, Edwards, the only Democratic governor in the Deep South, vetoed the proposal, arguing that the current permitting requirement "strikes the right balance" between the right to bear arms and the preservation of public safety.

"There is simply no good reason why the State of Louisiana should provide for concealed carry of weapons for people that have no training on how to properly use a gun," Edwards wrote in his veto message.

Lafourche Parish Sheriff Craig Webre said that the training required to obtain a permit is crucial, not only for learning how to shoot a gun, but also to understand how to safely store a firearm and the laws governing justifiable use-of-force. He said the bill could unleash a wave of irresponsible and untrained gunowners, "adding another dimension of threat to the threat that already exists" for law enforcement.

"With a handgun, trained professionals, even with hours and hours of training and proficiency, still have an occasional misfire or unfortunate accident," Webre said. "There are a lot of dynamics that go into the use and the proper handling of a handgun, and that’s what this course focuses on."

Lawmakers may return to Baton Rouge later this month for a historic special session to vote on overriding Edwards' veto of SB118 and other measures he rejected from the regular session, including legislation that would bar transgender children from competing on sports teams that match their gender identity.

Their public opposition could put GOP lawmakers – who almost unanimously supported the measure during the regular session – in the awkward position of voting against their own sheriffs and police chiefs on a veto override.

But law enforcement leaders aren't united in their opinions of the legislation.

Throughout the regular session, representatives from the Louisiana Association of Chiefs of Police repeatedly testified in opposition to the measure, while the highly influential Louisiana Sheriff's Association remained neutral, a sign that its members — who wield considerable power within their respective parishes — were split on the issue.

Morris' own police chief in West Monroe said he favored lifting the permitting requirement, while Ouachita Parish's sheriff indicated his support for the legislation.

Supporters argue that the permitting requirements infringe on peoples' Second Amendment right to bear arms and that gunowners shouldn't need the government's permission to carry a concealed firearm in public.

The concept — nicknamed "constitutional carry" by proponents — has emerged as a top priority for GOP-dominated state legislatures, against a backdrop of historic gun sales amid the uncertainty of the coronavirus pandemic. Six states have adopted the measure this year, including Texas and Tennessee, and Louisiana would become the 22nd state in the nation to enshrine it into law if an override succeeds.

“To uphold and defend the Constitution of the United States, the Louisiana Legislature must overturn the governor’s veto and restore the God given rights of law-abiding gun owners,” Dudley Brown, president of the National Association for Gun Rights, said in a statement Thursday.

The fear of running afoul of gun rights groups – and getting anything but a perfect score from organizations like the National Rifle Association at election time – could be enough to keep lawmakers in line for a veto override.

St. James Parish Sheriff Willy Martin said that during the regular session, he reached out to express his concerns about the proposal with lawmakers, but was told that voting against the gun rights expansion was not an option.

"I had legislators tell me that they thought I was right in my position but felt like they could not take a vote against the bill," Martin said.

The National Association of Gun Rights has already kicked off its pressure campaign, sending out tens of thousands of bright orange post cards for residents to send to their lawmaker urging a veto override, with a warning that the organization "will keep me informed of your actions."

"The whole nation will be watching," Brown said in his statement. "Those who turn their backs on the cause will be sorely remembered by gun owners for a long time."

For his part, Gautreaux, a Republican, argued that existing permitting requirements in no way infringe on anyone's constitutional rights.

“I’m a strong 2nd Amendment person, but I don’t agree with this bill whatsoever,” Gautreaux said. "This is a dangerous, dangerous bill.”