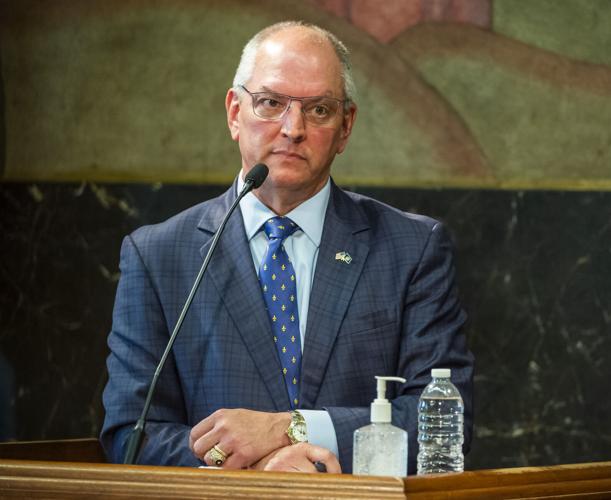 Governor John Bel Edwards listens to a question during a press conference at the State Capitol on Thursday, June 2, 2022 in Baton Rouge, Louisiana. 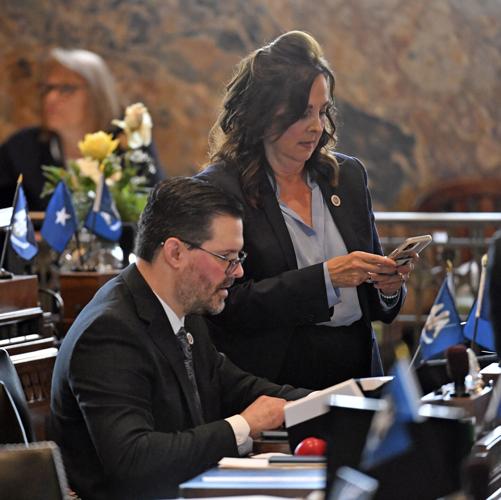 Governor John Bel Edwards listens to a question during a press conference at the State Capitol on Thursday, June 2, 2022 in Baton Rouge, Louisiana.

Calling the bill a rollback of the 2017 Justice Reinvestment Act, Gov. John Bel Edwards on Tuesday released his veto of legislation that would have increased prison terms for felons convicted of four or more nonviolent offenses.

“House Bill 544 would take us in the wrong direction,” Edwards wrote.

The legislation, sponsored by state Rep. Debbie Villio, R-Kenner, was one of several that attempted to curtail the bipartisan act responsible for releasing early those prisoners convicted to long sentences for non-violent and non-sex related offenses. Most of the measures dealing with rollbacks of the reinvestment act during the 2022 legislative session, which ended Monday, were changes to processes deep in the weeds that would lead to longer terms behind bars for more offenders.

Current law provides that a person shall be eligible for parole once he or she has served 25% of the sentence. HB544 would have extended parole eligibility to 65% of the sentence for offenders convicted of a fourth and subsequent nonviolent felony. In addition, the bill would change the rate that “good time,” which can lead to an earlier release in return for good behavior. Current law calculates 13 days of “good time” for every seven days served in actual custody. Villio’s bill would change that from one day off for every two served for fourth and subsequent nonviolent offenders.

“It would result in over a 100% increase in the time required to be served in the law after 2017,” Edwards wrote in his veto message that began with a long homily on the 2017 changes in the sentencing laws, particularly in the calculations of how long a convicted felon would actually serve behind bars.

The decrease in the number of inmates taxpayers have to house in prison has led to a savings of $114.8 million. That money is being spent on victim’s services and initiatives designed to reduce recidivism.

Villio argued during the bill’s progress through the legislative process that about the third of the prison population is made up of repeat offenders with more than four nonviolent felonies. And those offenders are getting out on the same calculations used for first-time nonviolent offenders.

The prisons would have to spend about $25 million more annually keeping those nonviolent offenders in prison longer.

Edwards countered that way to keep offenders from returning to prison is to provide job training and life skills. “These efforts are working and we should not change course,” Edwards wrote.