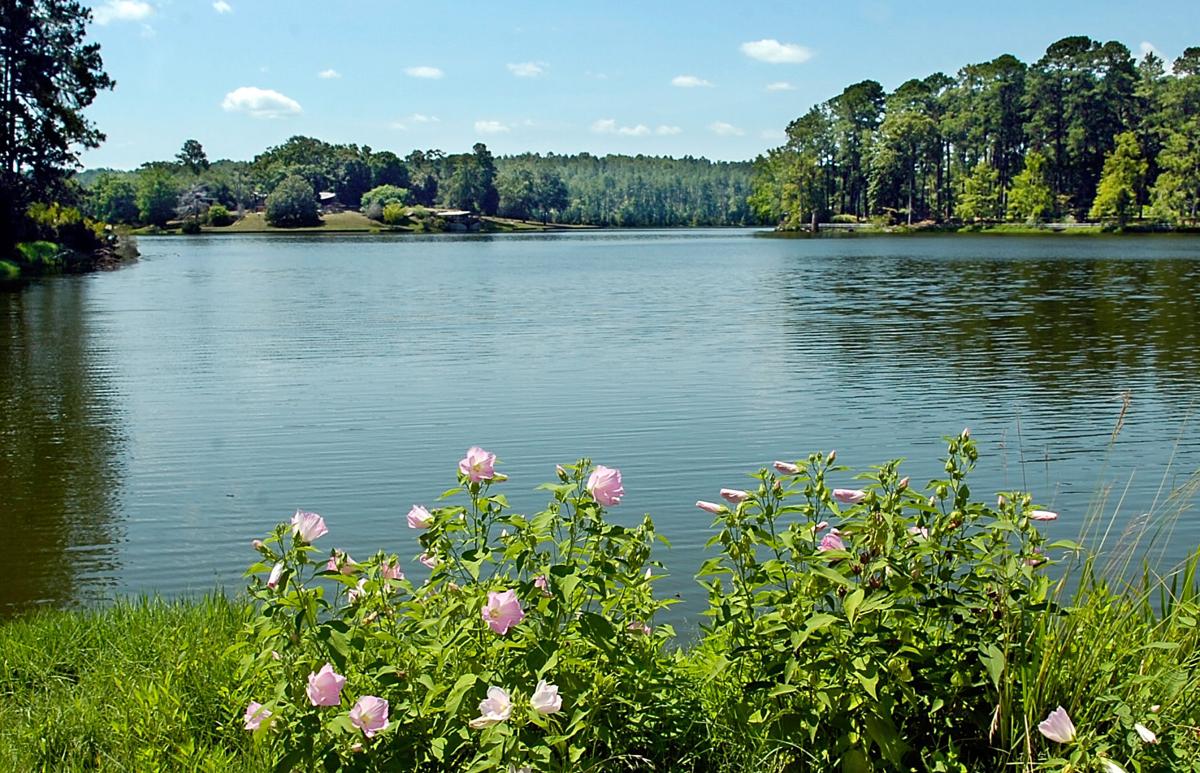 View across the lake at Hodges Gardens in June 2006. 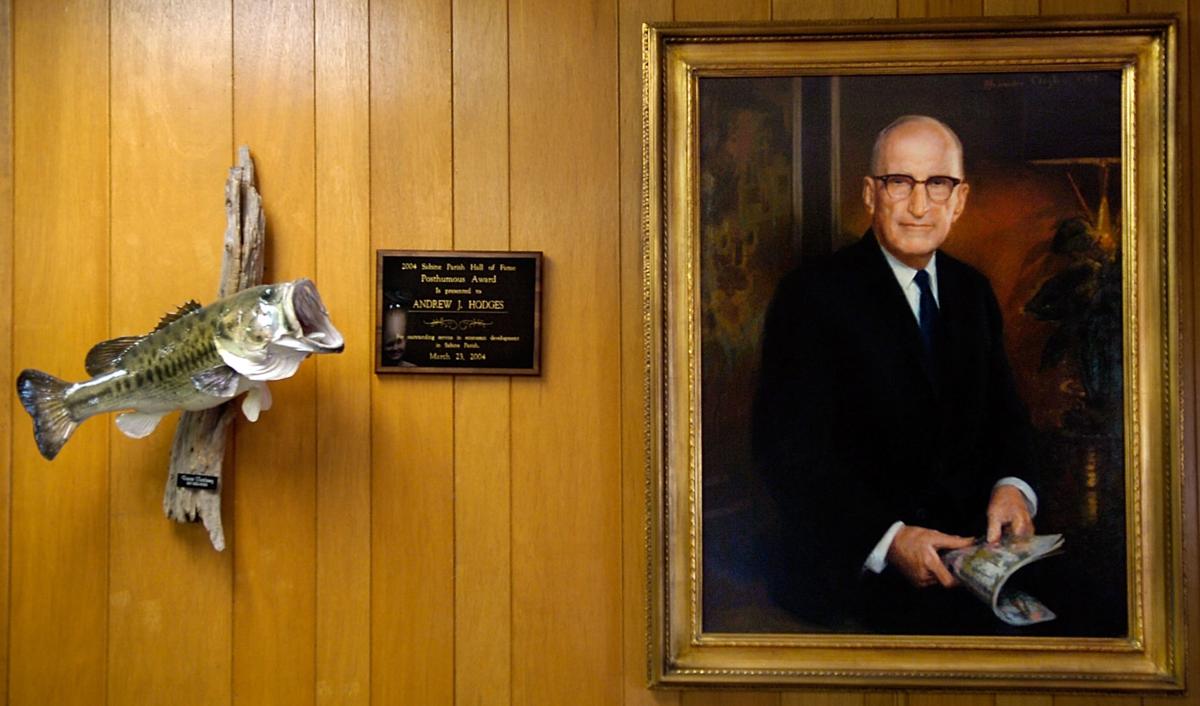 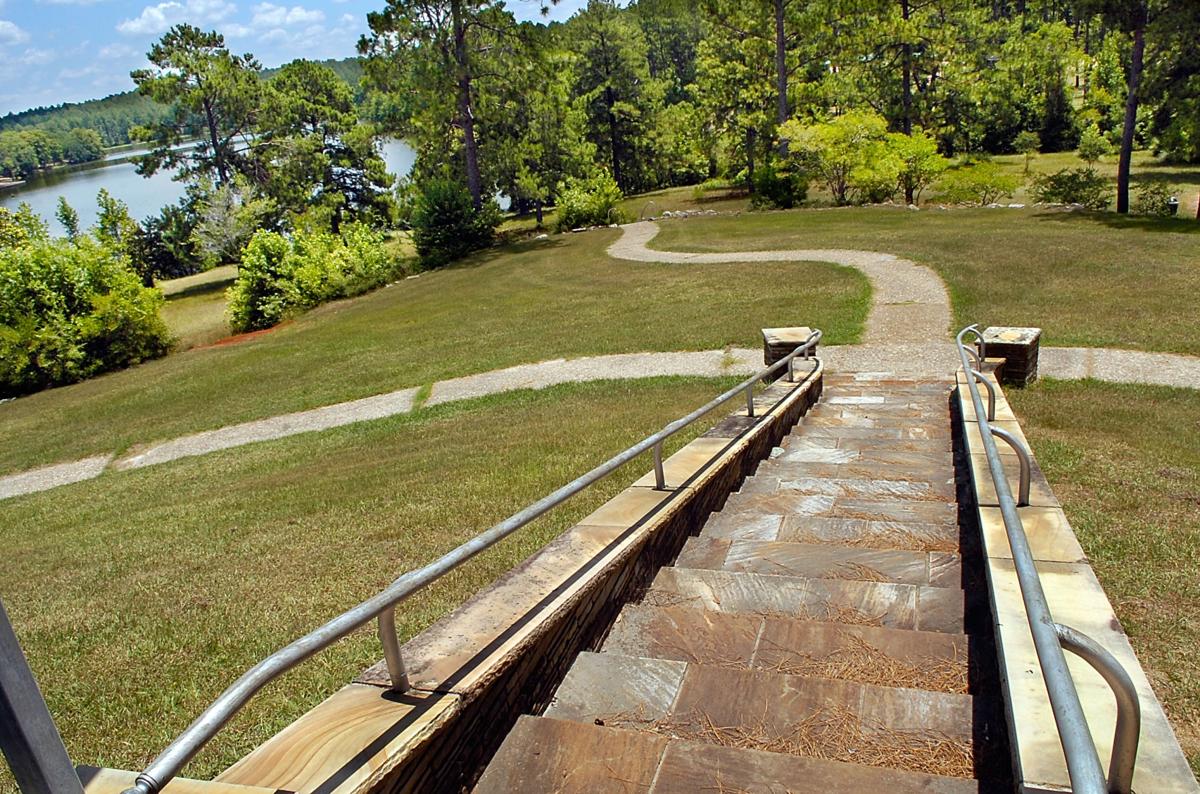 Looking down from Flag Island at Hodges Gardens in June 2006. 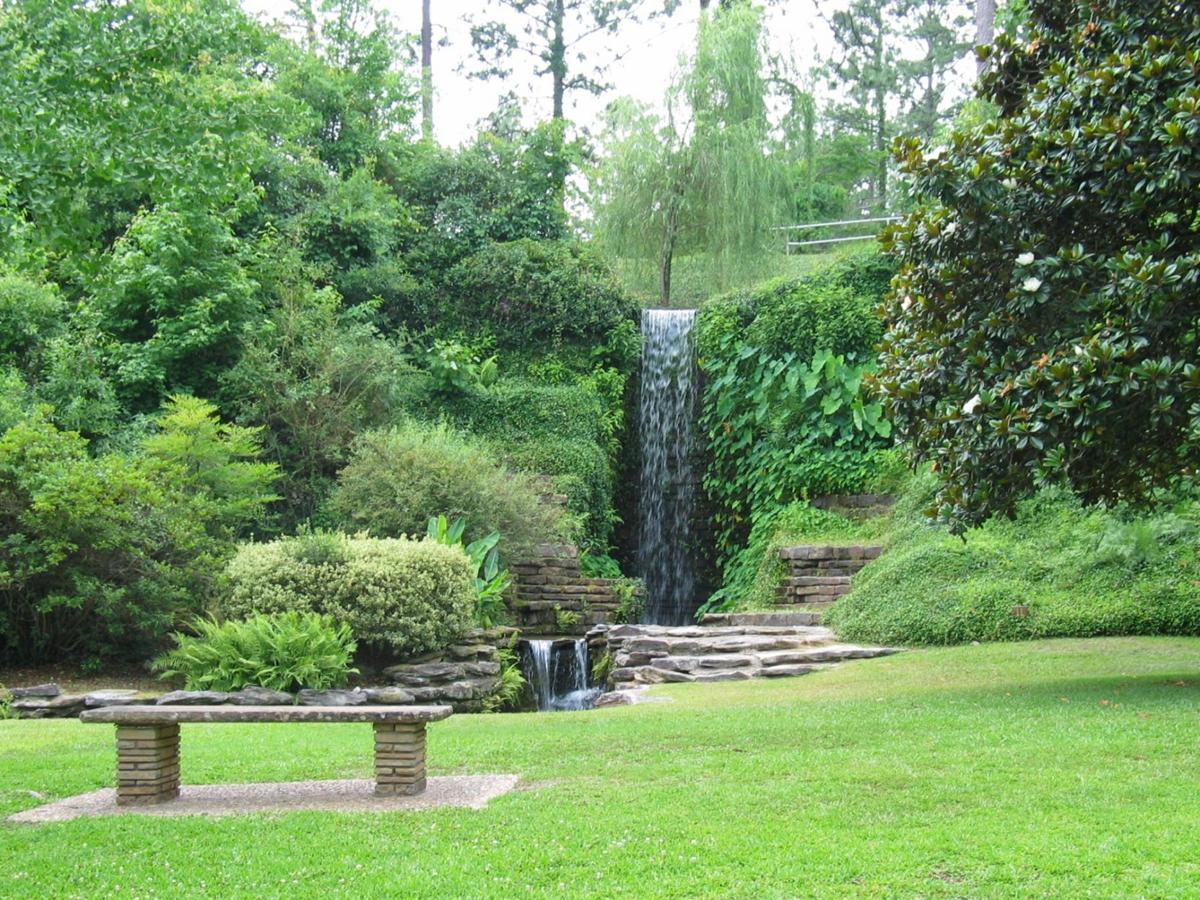 View across the lake at Hodges Gardens in June 2006.

Looking down from Flag Island at Hodges Gardens in June 2006.

Louisiana is getting rid of a state park, and officials blame a legacy of budget cuts.

The original owners of what became Hodges Gardens State Park in 2007 say state government has allowed the property to crumble, so they exercised their contractual option to take back the 948-acre recreation area near Toledo Bend, which includes one of the nation’s largest botanical gardens.

“We have not been able to maintain the park,” said Robert Barham, the assistant secretary in charge of the state’s park system. “It’s just the reality of the current budget situation.”

No other state park is threatened with closure, Barham told The Advocate.

The state Department of Culture Recreation and Tourism can’t afford to repair the roads and foot bridges; water courses are not operable; and the greenhouses and arboretum need attention, Barham said. The park needs about $10 million in fixes that were deferred because of a lack of money.

State officials attempted to enlist the revenue help from the Sabine River Authority, which can raise money independent of the Legislature, but a suitable management arrangement could not be negotiated, Barham said.

Employees were notified as they were battening down for Tropical Storm Harvey.

It was an accumulation of problems rather than a single incident that caused the A.J. and Nona Trigg Hodges Foundation to assert their rights, said Charles Weems, the Alexandria lawyer who negotiated the exit. “The Foundation saw this over the years and acted,” he said.

The state will cease operations at Hodges Gardens at the end of September, then will spend October removing taxpayer-owned equipment. In the meantime, the state and the Foundation will negotiate a final end to the relationship, he said.

Once the Foundation is back in control, Will Hodges said Wednesday, the board of Hodges family members, of which he is president, will analyze what needs to be done and decide how the property will operate in the future.

One thing, for sure, Hodges said, was that the gardens will not be turned into a housing subdivision, shopping center or other type of commercial development.

“We’ve never had plans for, and as long as I’m on the board there will be never be any real estate development there. That would fly in the face of everything my great grandfather wanted for this place. I stand firm on that,” said Hodges, a Shreveport native who now runs a construction company in suburban Dallas.

Conversations with the state began when Foundation board members heard that the state Culture Recreation and Tourism department, which is under the control of Lt. Gov. Billy Nungesser, was talking about defunding the facility, Hodges said.

“We started asking questions,” Hodges said. The answers they heard led the Foundation to exercise its option to take control of the property.

In the 1930s, Shreveport businessman A.J. Hodges, with oil and timber interests, bought the property, which was on the colonial Camino Real road between Louisiana and Mexico City. The land included a stone quarry that provided rocks for construction projects, such as the jetties in the Port Arthur, Texas harbor.

Hodges replanted 39,000 acres and his wife Nona created a scenic garden around the natural rock formations that eventually included waterfalls, a geyser and walking trails.

Initially, the property was the Hodges’ retirement retreat.

Hodges Gardens opened to the public in 1956 as a privately-owned horticultural tourist attraction on U.S. Hwy 171 in Sabine Parish. Hodges died a decade later and the Foundation took control.

At its peak in the 1970s, the gardens attracted about 78,000 visitors annually. But Interstate 49 replaced U.S. 171 as the main route between southwest and northwest Louisiana.

Attendance dropped to about 35,000 in 2005. In the early years of this century, Hodges Gardens, which cost about $1 million a year to run, began facing financial difficulties requiring the Foundation to cover expenses at a clip of about half million dollars a year.

The Louisiana Legislature approved House Bill 658 in 2006. The sponsor was then-House Speaker Joe Salter, who lived in nearby Florien and argued the state would be taking over the nation’s largest privately owned botanical gardens and recreation area.

The state assumed control in 2007 of the facility that includes fishing, canoeing, camping, hiking, and formal gardens around a 225-acre crescent-shaped lake. The contract includes a provision that the state would keep the name and would sufficiently fund the park. 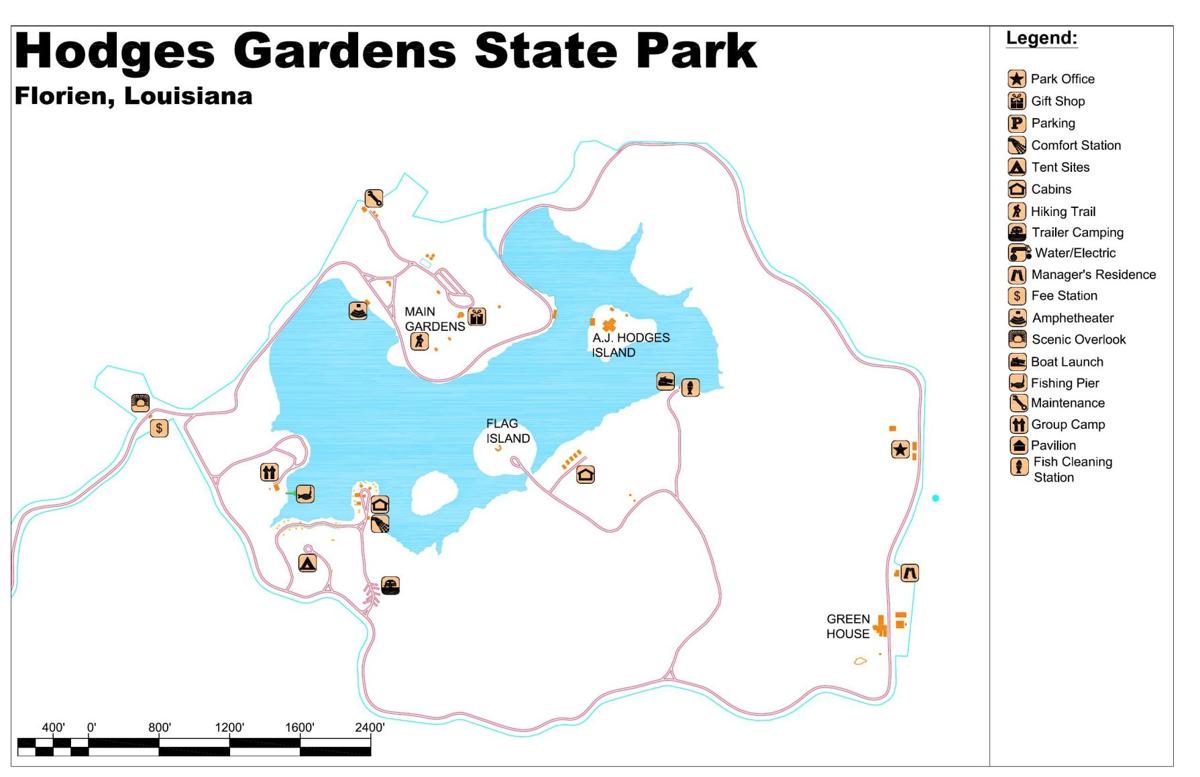 “The reason we gifted it to the state was we felt like that under their state park system it could thrive,” Hodges said. It didn’t. “It wasn’t for lack of effort. I don’t blame anyone, but the state found itself in financial circumstances that it couldn’t sustain.”

The state set aside $1.5 million, including startup costs, for the gardens. Officials believed it would cost about $1 million a year to run the attraction.

When Hodges Gardens came into the park system, the Office of State Parks had a $32.8 million budget, including $28.9 million state contribution from the general fund, where tax dollars are pooled. For this fiscal year, the parks budget is $32 million, with $15.3 million coming from the state general fund.

What funding is available is directed towards other parks with more visitors, like Fontainebleau State Park in St. Tammany Parish and Lake Fausse Pointe State Park in Iberia and St. Martin parishes, said Barham, who heads the state park system.

Leaders of the Foundation told members of a volunteer support group that they would be in touch after the official take over, said Chris R. Nolen, of Many and president of the Friends of Hodges Gardens.

She said the volunteers are anxious about the future of the park and little peeved that the state gave up on it. The Friends, who are not affiliated with the Foundation, volunteer to work on needed projects.

Billy Furlow has a secret and he feels guilty about it.