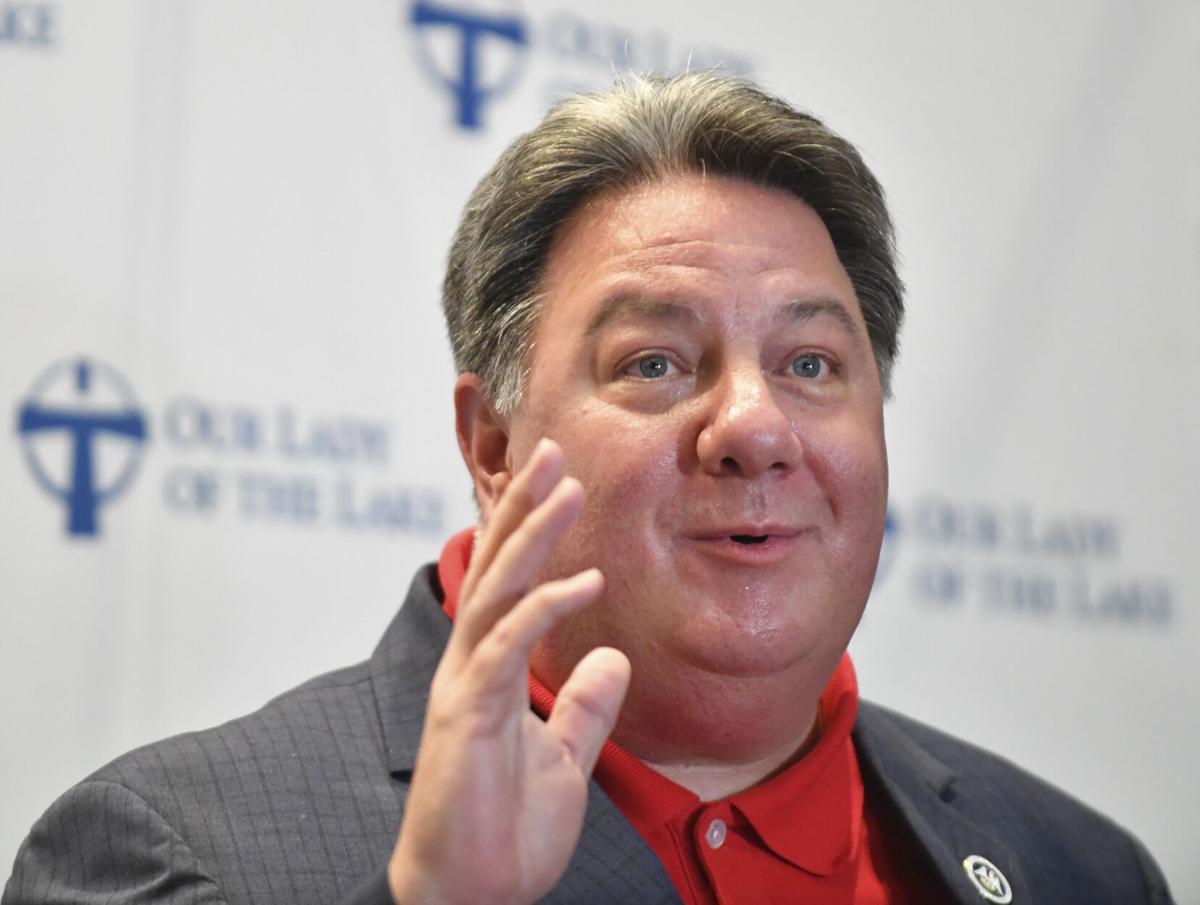 Louisiana Secretary of State Kyle Ardoin i this Feb 9, 2021 file photo. He cancelled process to spend about $100 million on voting machines amid intense criticism. 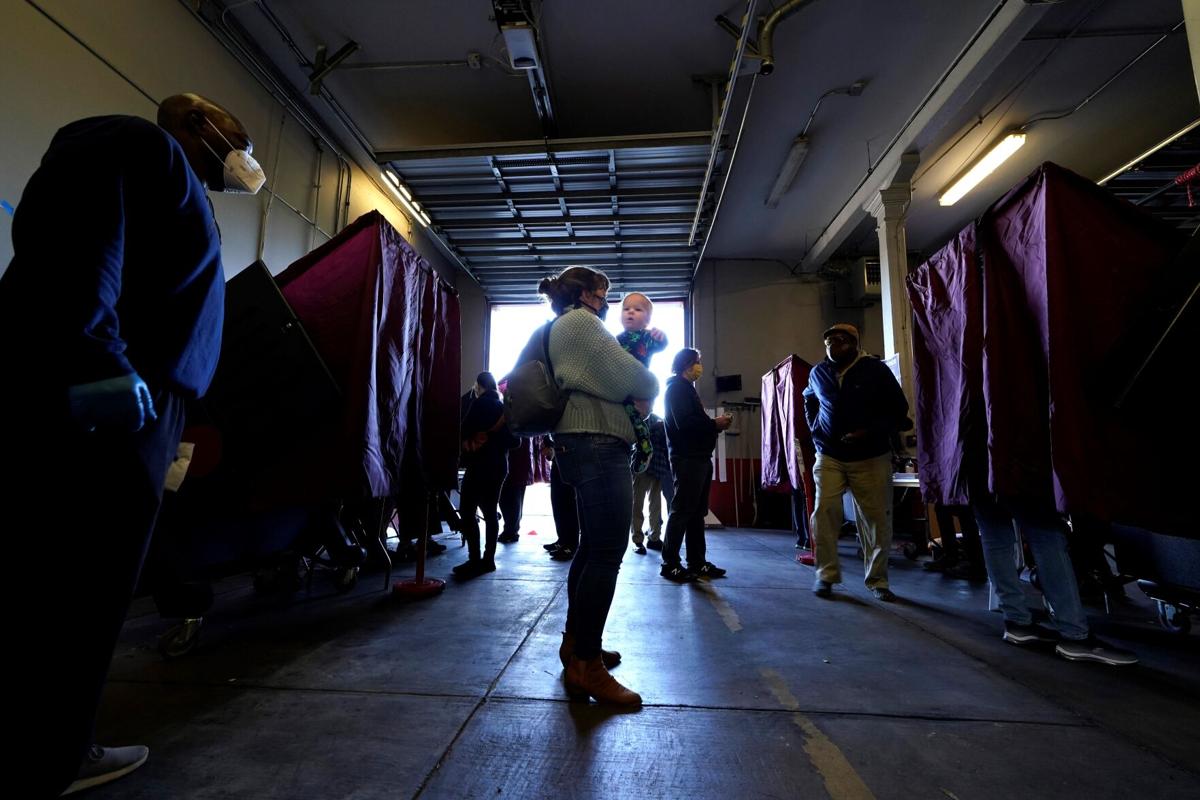 Louisiana Secretary of State Kyle Ardoin i this Feb 9, 2021 file photo. He cancelled process to spend about $100 million on voting machines amid intense criticism.

“It was only after voters of color for the first time in 15 years successfully used those (vote-by-mail) provisions in favor of the party that they disproportionately support that those rules changed,” Abrams said. “When your motivation is grounded in the race of those who are engaging in behaviors you disagree with, that is racist.”

Abrams was speaking of Georgia and other Republican majority legislatures passing laws that she and others claim restrict access to voting for many minorities. Though the GOP holds overwhelming majorities in both chambers, Louisiana legislators did not follow suit.

Despite no plausible evidence of widespread fraud, more than half of registered Republicans still believe their candidate for president, Donald Trump, had last November’s election stolen from him. About 46% voted by mail in November and most of those ballots went to Democrat Joe Biden, who won the presidency by more than 7 million votes.

Arguing for greater election security, 17 state legislatures through mid-June enacted 28 new laws that require additional identification from voters, shorten timeframes to apply for mail ballots, limit the use of drop boxes that make returning those ballots more difficult, empower partisan poll watchers, ease purges of voter registration rolls, and limit the number of polling places, according to the Brennan Center for Justice, a policy research institute at New York University School of Law, that has been tracking the legislation.

Gov. John Bel Edwards announced Friday he vetoed 28 bills, signed into law 477 others, and he is now done with the 2021 Regular Session of the…

What passed in Louisiana and was signed into law by Gov. John Bel Edwards differed substantially from what other GOP-majority states did.

“All I see is finetuning of a good system already in place,” Secretary of State Kyle Ardoin said Thursday. “Louisiana took a more measured approach.”

A Republican, Ardoin was surveying nearly a dozen and a half bills that deal in some way with how Louisiana holds elections – an activity he oversees.

Lawmakers and the governor approved a faster process for removing the dead from voter rolls.

He signed legislation that made changes to the Election Code aimed allowing the vote for convicted felons who had served their sentences and returned to their communities as taxpayers.

District Attorneys received a little more leeway in handling voter claims that a candidate is unqualified.

Local elections supervisors, whose jobs include counting ballots, will receive continual training and the registrar of voters selected for each of the 64 parishes will have to go through orientation and ongoing classes to keep up with the latest procedures.

Parish commissioners will have three days to verify absentee by mail and early voting ballots before counting the votes on Election Day.

Voters can take twice as long, up to six minutes, in the voting booths when ballots are lengthy. They can take their teenaged children behind the curtains.

Four more days of early voting will be allowed for presidential elections and more commissioners at each precinct will be available to help. Ardoin says presidential primaries are the elections that voters are limited to deciding races within the party they are registered. The situation causes some confusion.

“What we witnessed in the last session was not an attack on current system. There’s confidence in the systems that we have,” Ardoin said. “The most concern we have from here are in terms of technology.”

Louisiana’s current fleet of voting machines are aging and replacement parts aren’t easy to find. Ardoin has been trying for a couple of years – and is still working – to nail down a deal for new machines.

The initial winner of the bid, Dominion Voting Systems Corp., a founded in Canada with headquarters in Denver, was sidelined after losers successfully challenged the wording in the bidding process.

After the presidential election, Dominion became the target of specious rumors, widely reported in right-wing press and on social media, of being secretly owned by Venezuelans or Chinese and changed votes for Trump. Though widely discredited as untrue, Louisiana Republicans remained suspicious of Dominion.

Negotiated behind closed doors for weeks, with Ardoin helping with the wording, agreement came in the closing moments of the two-month-old legislative session. “It takes some authority away from me, but adds public input on the front end, which I’m not allowed to do that now. This is a good thing,” Ardoin said.

“It’s common-sense legislation,” state Sen. Sharon Hewitt, the measure’s sponsor and chair of the Senate & Governmental Affairs committee that oversees voting, said Thursday hours before her bill was signed into law. “Our state can now shift from our outdated electronic voting system to a paper ballot system to ensure that every vote is counted correctly.”

Early in the session, when lawmakers could have overturned his veto without returning to Baton Rouge, Edwards refused a bill that would prohibit private funders from helping defer the expenses of putting on an election. This was a reaction to Facebook founder Mark Zuckerberg giving money to a nonpartisan group that helps local governments hire the additional personnel necessary to stage elections.

Democratic Gov. John Bel Edwards, for a second year in a row, vetoed Tuesday legislation by the House Republican majority leader that would ha…

Edwards also rejected a measure on how to return absentee mail ballots. “As finally passed, it is now unclear as to whether hand delivery can only take place during the period for conducting early voting,” Edwards wrote July 1. “Access to voting is too important for this uncertainty and so I have vetoed this bill.”

He refused a measure that would require the Legislative Auditor to review processes after an election partially because the instrument included no funding, which would have meant the Secretary of State would pay the substantial cost.

And he denied a much-amended Senate Bill 224 that began seeking more identification and requiring ID verification from voters wanting to use mail ballots. SB224 was toned down eventually but Edwards found fault in the hasty way the legislation was put together. “Louisiana election law being changed overnight without proper vetting is an incredible disservice to the people of the state,” he wrote in his veto message.

And Edwards rejected allowing party officials to send observers to each precinct on Election Day. He noted that the state has five authorized parties and law already allows candidates to send observers to the polls. “There is no good reason to further politicize the operation of elections by inserting the state central committee of certain parties into the poll watching process,” Edwards wrote in his July 1 veto message.

“We’ve lost track of whether new election laws in some states further democracy and protect elections. The debate has turned into another political football,” said Peter Robins-Brown, who handles policy for Louisiana Progress, a liberal Baton Rouge-based advocacy group.

What kept the Louisiana Legislature from following the leads of other Republican-majority states was Secretary Ardoin’s willingness to work with lawmakers to shape their wants into practical solutions and a Democratic governor who vowed to veto any bill that restricts voter access, he added.

Ardoin said all the controversy was helpful.

“The perception from the public, if you don’t really know what the process is, what you do know is what you learned on TV and social media,” he said. “We were able to educate a lot of people.”

Our Views: On the vital issue of voting, a welcome respite from fear-mongering