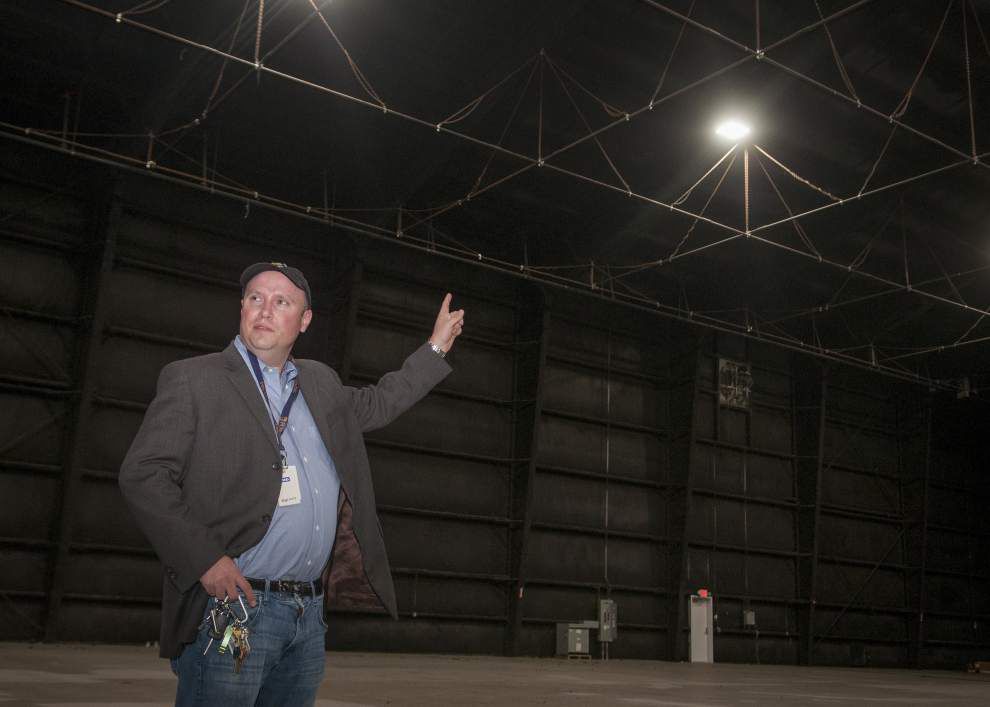 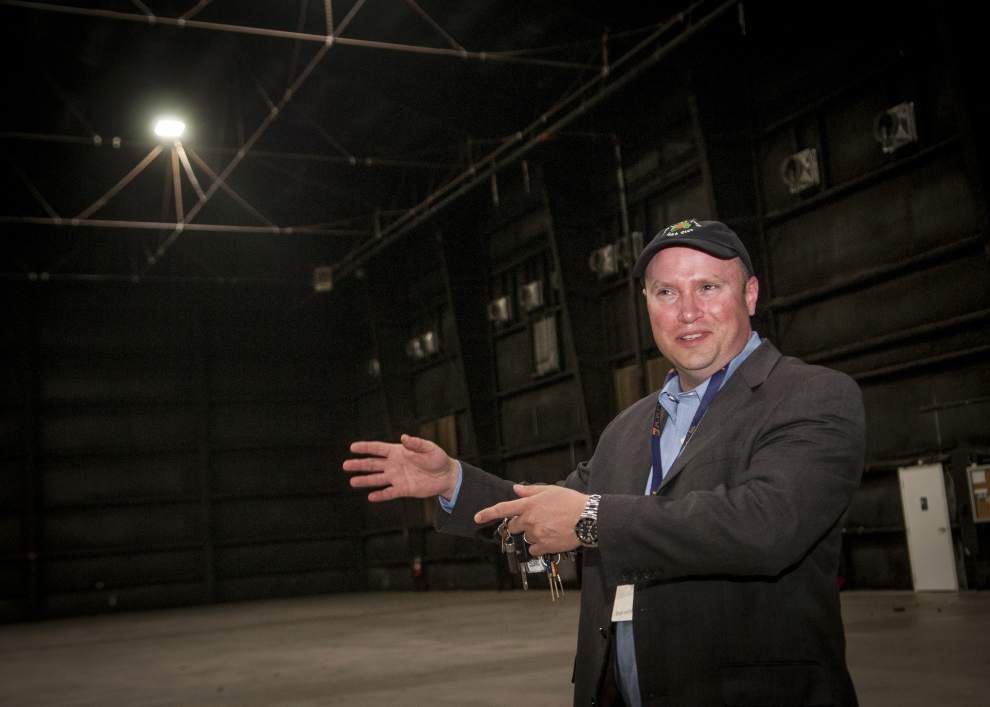 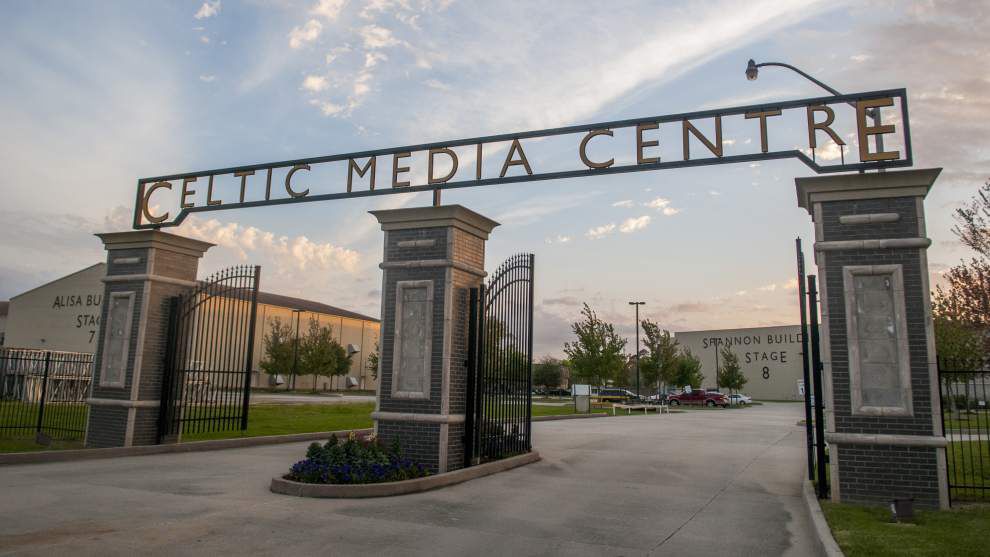 Rihanna fought off aliens in “Battleship” at Celtic Studios’ Stage 6 in Baton Rouge.

Tom Cruise flew in a bubble ship in the hangar-sized space for “Oblivion.”

Stage 6 served as Planet Zero, an alternate universe, for “The Fantastic Four.”

“It’s a whole lot of nothing,” said Patrick Mulhearn, Celtic’s executive director, as he surveyed the empty facility last week. “It’s dormant. There’s been nothing shot on our stages since August.”

Louisiana’s film and television industry — popularly known as Hollywood South because of the large number of movies and shows filmed here over the past decade — has suffered a sharp downturn since mid-2015. Industry officials are blaming a law passed a year ago by the state Legislature and signed into law by Gov. Bobby Jindal — a law that aimed to control ballooning costs for a generous incentive program that independent analysts say has not provided much bang for the buck.

Other factors behind the slump include ever-sweeter subsidies offered by California, the industry’s natural home; competition from cap-free Georgia, a regional rival; and a weakening of the Canadian dollar, which has made it cheaper to film in Toronto, Vancouver and Montreal.

“The movie tax credit is completely broken,” Sen. J.P. Morrell, D-New Orleans, said in an interview. He added that he will press for modifications when the Legislature next meets to consider changes to the state’s tax code, possibly later this year or during 2017, when tax reform will be a prime topic of debate.

During the first nine months of the current fiscal year, Louisiana Economic Development, the state agency that administers the program, received 61 applications from producers for tax credits to offset $225 million of filming costs in Louisiana. During the 12 months of the preceding fiscal year, by comparison, the agency received 138 applications to offset $1.2 billion in filming costs. That suggests a decline in film spending of about 75 percent.

As a result, soundstages in New Orleans and Baton Rouge — the metro areas where most of the filming typically takes place — are mostly vacant. FilmWorks, a soundstage in New Orleans East that opened to fanfare in 2014, is actually closing for good next week. “Since July, everything has gone down, down, down,” said George Steiner, FilmWorks’ president.

The overall slump means supplier businesses and their employees throughout the state also are taking a hit.

“A year ago, everyone was working and then some,” said Cory Parker, the business agent for union workers who handle costumes, build sets and provide special effects. “About 36 percent of our membership was working as of a week ago. The work has obviously slowed down.”

Last year, facing a budget crunch, state lawmakers and Jindal set a cap on the amount that the state could spend on film tax credits for each of the next three years. They did it in a way, industry officials say, that has particularly scared off Hollywood producers.

“Last year’s legislation turned everyone’s attitude from confidence to uncertainty,” said Herb Gaines, a producer who also owns Big Easy Studios in New Orleans East. “That is causing people to look elsewhere. It’s a global market. There are a lot of choices. From Louisiana being a part of the conversation in nearly every film, it’s often no longer considered.”

In the first eight months of the current fiscal year, through February, the state awarded $120 million of credits, said Kimberly Robinson, secretary of the Department of Revenue. She expects the $180 million cap will be reached by the end of the fiscal year on June 30 — in part because taxpayers are cashing in unredeemed film credits earned in earlier years.

Lawmakers and Jindal imposed the cap amid concerns that the state’s program had become too open-handed at a time when officials were facing further cuts to colleges and universities.

Under the program, the state reimburses movie and television producers for 30 percent of their local costs incurred while filming in Louisiana. This means that taxpayers write checks to producers in what critics call “corporate welfare.”

Hover over or tap the graphic below to see changes in film tax credit amounts over the years.

In fact, independent economists don’t believe the state has done well at all on a cost-benefit analysis.

A 2015 study for Louisiana Economic Development found that the program generated only 23 cents in tax revenue for every dollar paid out by taxpayers in 2014.

Loren Scott, the retired LSU professor who conducted the study, said his analysis included the economic benefit and jobs created by supplier companies hired by the producers. The film industry’s own study paints a rosier picture.

“If the purpose from the state’s perspective is to have an activity that generates tax dollars to offset the tax benefit, then it did not work,” said Jim Richardson, an LSU professor who also has studied the tax credit program. “A private business would shut it down. In the process of shutting it down, people who have made investments will say, ‘Hey, it’s not fair to me.’ But nothing in the book says any tax law is forever.”

Jeff Galpin is one of those who believes legislators and Jindal made a big mistake last year.

Galpin, 47, is a stunt man and stunt coordinator who lives in River Ridge. He said he had been working about 300 days per year.

“But now it’s dying,” Galpin said. “I’m worried about having a job. They forget about the guys like me who the tax credit was supposed to help. A lot of us spend every nickel here.”

Business is down this year by 25 percent for Andre Champagne, owner of New Orleans-based Hollywood Trucks, which has a fleet of 300 vehicles that serve the film and television industry.

Silver Screen Group, a New Orleans-based company that rents equipment to filmmakers, has laid off 15 of its 30 employees, said its president, Robert Vosbein.

“I know of TV productions that have moved to Atlanta,” said Stephen Perry, president and chief executive officer of the New Orleans Convention and Visitors Bureau.

In all, the Legislature passed 14 bills dealing with the film tax credit program last year, said Christopher Stelly, who administers it as executive director of Louisiana Economic Development.

Some of the measures aim to stamp out fraud. Others no longer allow credits for spending that does not materially benefit Louisiana’s economy, such as on airline tickets and bond fees paid to investors. Still others attempt to provide more accurate numbers by having the economic development agency, and not those seeking the tax credits, hire the accounting firm to certify the amount that can be claimed.

But the biggest impact has come from Act 134, by then-state Rep. Joel Robideaux, R-Lafayette, which imposed the $180 million cap.

Leaders with the Louisiana Film and Entertainment Association fought Robideaux. When it became obvious that they would lose, they pushed for a cap on the amount of credits that the economic development agency certified each year as being eligible — the first step in the process.

Instead, in a last-minute decision to help fill the 2015 budget gap, lawmakers capped the amount that the state actually will pay out each year in already certified credits.

The Legislature’s decision means that producers can qualify for an unlimited amount of tax credits, but they can cash in only $180 million per year. “The problem is the instability,” said Susan Brennan, owner of Second Line Stages in New Orleans, adding that producers are worrying that the state will take too long to pay them for credits they have qualified for.

Brennan said she has lost two TV series filmed at her studios — “American Horror Story” and “Scream Queens” — to California and a movie to Canada. Nonetheless, she said she is confident something will turn up soon.

“We have great tax credits,” she said.

Adding to the uncertainty is a one-year suspension of the program that allows producers who don’t have a tax liability in the state to sell their credits directly to the state for a check worth 85 cents on the dollar. That suspension ends June 30.

Robinson, the revenue secretary, expects a flood of producers cashing in their tax credits to the state beginning July 1 — because only the first $180 million can be paid out for the entire year.

In total, producers have qualified for an estimated $500 million in tax credits that they have yet to draw from the state. If that figure is correct — and state officials aren’t entirely sure — then Louisiana owes more than two years’ worth of tax credits before any more movies or films are shot in Louisiana.

In the latest black eye for Louisiana’s troubled film subsidy program, the state’s inspector general released a report Wednesday that says a p…

The movie “Deepwater Horizon,” which opens today in theaters across America, is a rare example of a locally shot film that actually tells a st…

Patrick Mulhearn, the executive director of Celtic Studios, is stepping down as head of the largest design-built studio in the Gulf South.

A federal judge in New Orleans went out on a limb two years ago, surprising many legal observers when he sentenced Hollywood producer Peter Ho…