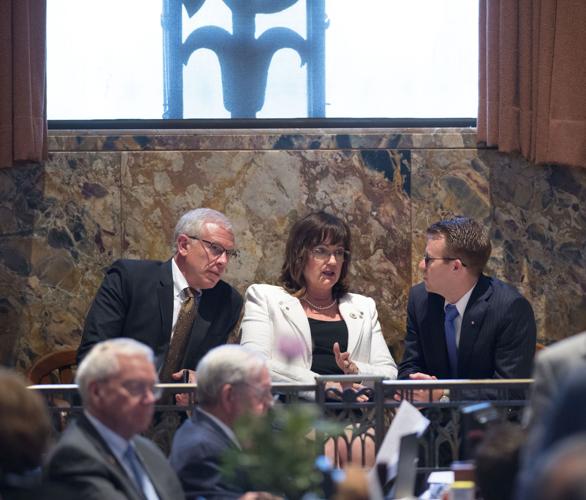 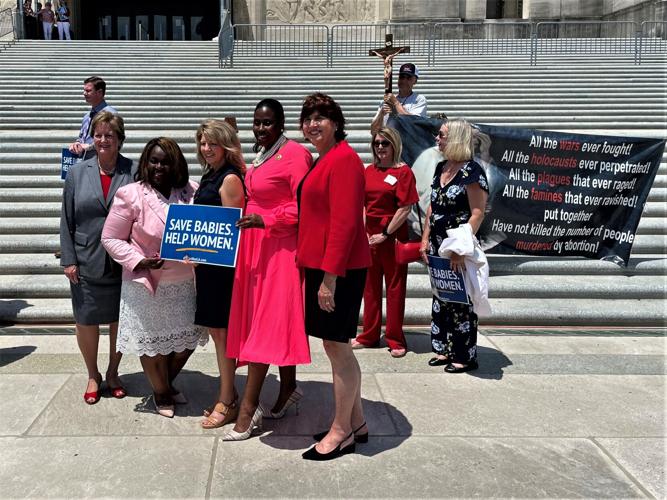 The state’s foremost anti-abortion organizations say they can’t support legislation that could lead to prosecuting women who terminate their pregnancies, at least as it is currently written.

Even without the opposition of the Catholic bishops, Louisiana Family Forum and Louisiana Right to Life, many of the 23 women in the House, five in the Senate – regardless of where they stand on abortion – say the measure is a "no go." House Bill 813 is scheduled to be considered Thursday by the full House.

“In principle, we desire the same thing,” that is the end of abortions in Louisiana, he said. But House Bill 813 was drafted by advocates from out-of-state and Family Forum’s lawyers feel the wording is unconstitutional and would be difficult to defend in court, he said.

Family Forum is a coalition of conservative Protestant and nondenominational church congregations that advocate for government policies from a Christian perspective. Louisiana Baptists, which oversees about 1,500 Southern Baptist churches in the state, testified in favor of the legislation last week.

The Louisiana Conference of Catholic Bishops, whose board comprises the bishops in charge of the seven Roman Catholic dioceses in Louisiana, announced Tuesday afternoon their opposition to the legislation.

HB813, called the "personhood bill" by detractors, would define life as beginning at conception and would extend the same rights to fetuses that are given to the rest of the population. The measure would change the wording in the state’s homicide laws and thereby open the possibility of women who terminate their pregnancies or take the wrong birth control could be charged with murder.

Two days after the leak of a U.S Supreme Court draft opinion on access to abortions, a Louisiana House committee on Wednesday advanced a bill …

Louisiana Right to Life, a New Orleans-based organization behind many of the state’s anti-abortion laws, also opposes the measure.

“Our longstanding policy is that abortion-vulnerable women should not be treated as criminals. Instead, we should hold accountable the individuals performing the abortion or selling or providing the chemical abortion drugs. HB813, the Abolition of Abortion in Louisiana Act, is not consistent with this policy of Louisiana Right to Life,” the group stated in a press release. "Louisiana Right to Life does not support HB813."

“We’re seeing a crack in the anti-movement over the ‘personhood bill’,” said Melissa Flournoy, who as board chair of Louisiana Progress Action and 10,000 Women Louisiana frequently testifies for greater abortion rights at a Legislature that is overwhelmingly anti-abortion. HB813, as worded now, would criminalize some forms of birth control and in vitro fertilization, she said.

“When they started talking about prosecuting women for murder, I think people started to focus on the insanity,” said Flournoy, who was state representative in the 1990s. “I am relieved that Louisiana Right to Life and the Louisiana Family Forum think the criminalization of pregnancy is one step too far.”

Both Family Forum and Right to Life note that a news leak last week indicates that a majority of U.S. Supreme Court justices favor eliminating the law created by Roe v Wade in 1973. Should that prove correct when the actual decision is released in late June, then individual states would decide abortion access in their jurisdiction. Louisiana has a trigger law that would automatically abolish abortion in this state should the high court overrule Roe.

Rep. Danny McCormick, the Oil City Republican who sponsored HB813, said Tuesday night that he still plans to bring the legislation up for debate on Thursday.

The legislation last week was advanced on a 7-2 vote by some of the most conservative male lawmakers on the House Committee for the Administration of Criminal Justice.

State Sen. Regina Barrow, a Baton Rouge Democrat who has worked on anti-abortion legislation since the early 1990s, said she and her four Senate female colleagues, all of whom are anti-abortion, are working against the bill. "It's my sense we're all on the same page," she said.

Sen. Katrina Jackson, the Monroe Democrat who sponsored the state Constitutional amendment that explicitly says abortion is not an inherent right, said she also opposes HB813.

Her Senate Bill 388 is one of the few anti-abortion measures that wouldn’t be made moot with the end of Roe. The measure would criminalize vendors for sending abortion pills to women in Louisiana and reemphasize that the pills can only be prescribed and taken under a doctor’s supervision. SB388 cleared the Senate on a 33-2 vote and is scheduled to be considered Wednesday by the House Health and Welfare Committee. Flournoy said she and other women will be there to challenge Hewitt's bill.

“We don’t need anything taking a hardline with pregnant women,” Hewitt added.

“We all have the same goal of protecting the sanctity of life, but many have different ideas on how to get there,” said Sen. Heather Cloud, R-Turkey Creek. “We will have broader legislative conversations as we move forward on how to best achieve this historic goal.”

The Senate won't have to consider the legislation unless it passes the House.

“It needs work, with a collaborative effort among Republicans, we can get it into a posture that the pro-life legislators, at least pro-life women, can support it,” said Rep. Valarie Hodges, R-Denham Springs, adding that such a rewrite would be difficult to pull off in the four weeks left in the session.

Republican Rep. Beryl Amedée isn’t sure about the legislation, either.

“I’ve gotten a lot of public input from it, a lot," Amedée said. “It’s got a lot of problems.”

An associate pastor at Vision Christian Church in Bourg, which is down the Bayou Terrebonne from Houma, and one the most conservative members of the Louisiana Legislature, Amedée said the wording is confusing when it comes to birth control.

"I personally believe life begins at conception, not implantation,” Amedée said. “We have to come to terms that a fertilized egg is a human being.”

Some birth control methods prevent conception. Others stop the egg from being implanted in a woman’s uterus, from where the fetus grows into a baby. That distinction is not spelled out in the legislation and could lead to all sorts of confusion – particularly when the end product could be a prison term, she said.

“I don’t believe our society is ready for that (prosecution of women who abort) yet,” Amedée said. “But we need to have the conversation. We need to understand that life issues are all related. And I thank Rep. McCormick for starting that conversation.”