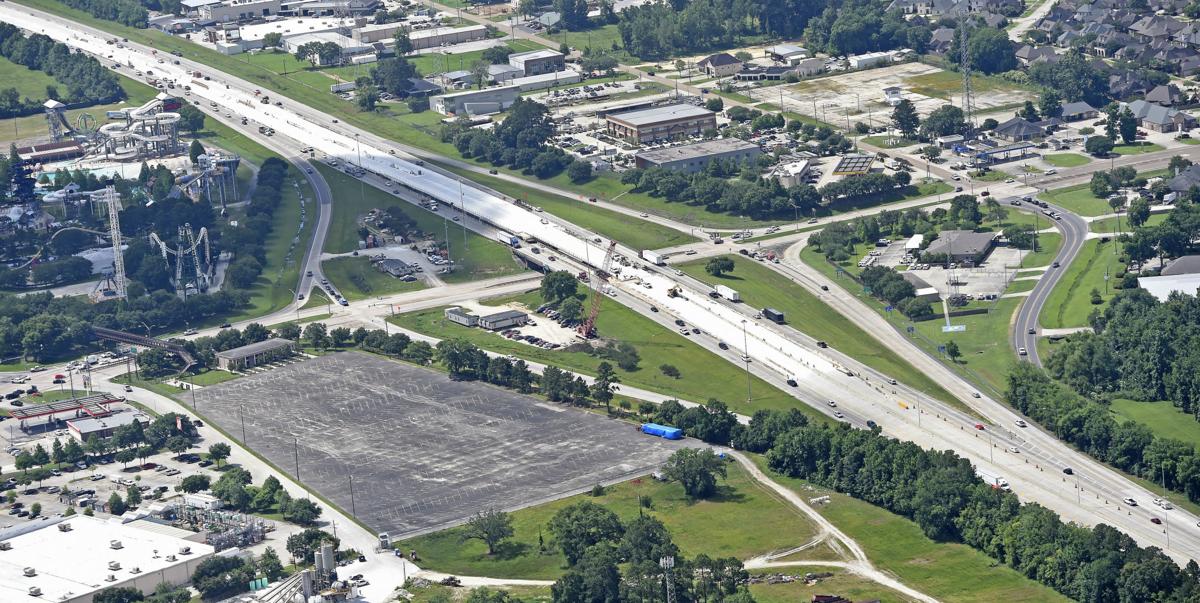 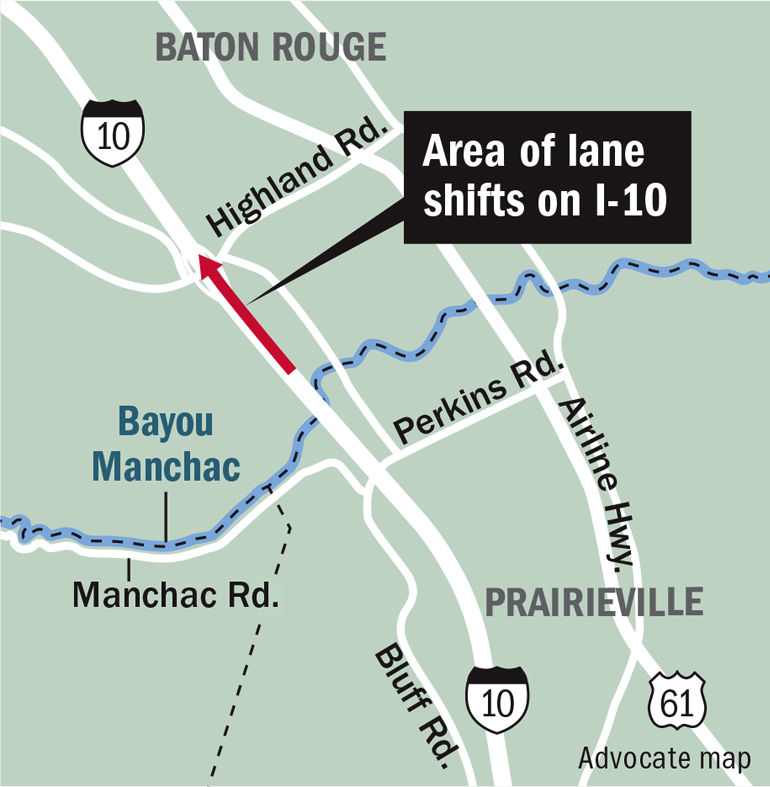 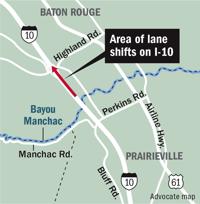 All lanes of Highland Road will be closed nightly at its intersection with Interstate 10 in the southeastern corner of East Baton Rouge Parish beginning Monday night (June 17) as part of a project to widen the interstate to six lanes, state officials said Monday.

The overnight closures are necessary so workers can safely demolish the concrete westbound interstate overpass crossing Highland, highway officials said. The work will start a day after highway crews shift I-10’s westbound lanes to a newly built span over Highland at 9 a.m. Sunday.

The Highland Road nighttime closures for the demolition of the overpass bridge are expected to last through July 8, though that deadline is tentative, pending the weather and other factors. During the three-week period, Highland will close at 9 p.m. and will reopen at 5 a.m., the Louisiana Department of Transportation and Development said.

The two existing I-10 overpasses at Highland are being replaced with a single, taller bridge. The new overpass bridge is being built in three segments so traffic can continue flowing during the work. The first third of the new bridge has already been built and will carry traffic over Highland during the westbound lane shift, DOTD said. Eventually each of the three segments will be tied together, shoulder-to-shoulder, DOTD officials said.

Mark Lambert, a spokesman for DOTD's On the Greaux program, said area restaurants, other businesses and neighborhoods in the Highland area have already been informed about the planned closure of Highland. The I-10 interchange is near Blue Bayou Water Park and a string of small restaurants and gas stations.

Lambert said Blue Bayou closes at 8 p.m., an hour before the closures begin each night, allowing time for workers and patrons to leave.

Although all lanes of Highland will be closed, the I-10 on- and off-ramps at Highland will remain open, allowing traffic on each side of the closure a way out.

Louisiana State Police Troop A's offices are on the west side of I-10 at Highland, but Lambert said State Police will be controlling the nightly closures of the road. He said emergency access for law enforcement across Highland will be allowed when needed.

Once highway workers finish the demolition of the westbound overpass, they will begin building the second segment of the new bridge over Highland.

Once that work is done, they'll still have to bring down the eastbound overpass many months later. That work will force another round of closures at Highland and lane shifts on I-10, Lambert said, though that's not likely to happen until after football season this fall.

Even before the lane shifts begin Sunday, DOTD plans to close one lane of I-10 westbound at 7 p.m. Saturday to re-stripe lanes and set barriers. During this work, the westbound Highland exit also will be closed for about four hours overnight, DOTD said.

The closure of the single westbound lane is expected to end at 9 a.m. Sunday when the shifted lanes will open.

Work on the new overpass bridge, as well as other parts of the overall I-10 project, aren’t expected to be finished until the summer of 2020.