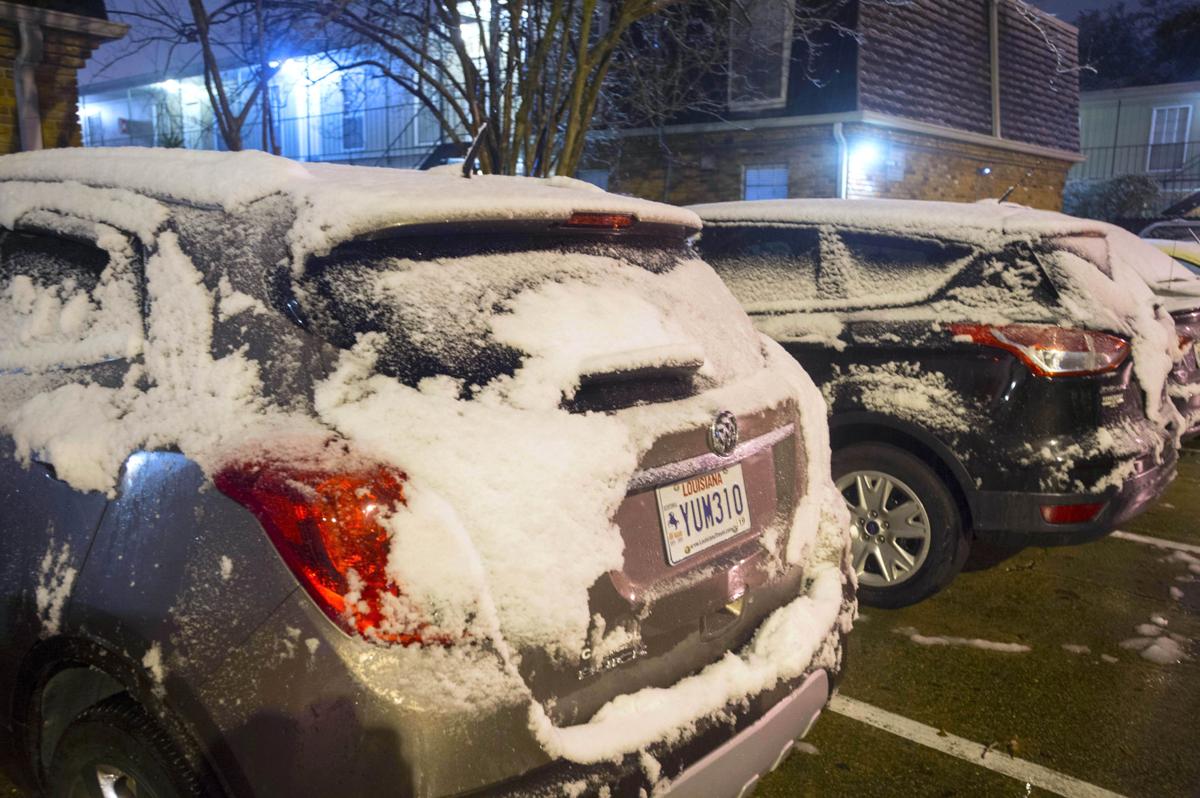 Cars in a condominium parking lot on College Drive reflect the weather, Friday, Dec. 8, 2017, after a light dusting of snow and wintery mix in the Baton Rouge area. 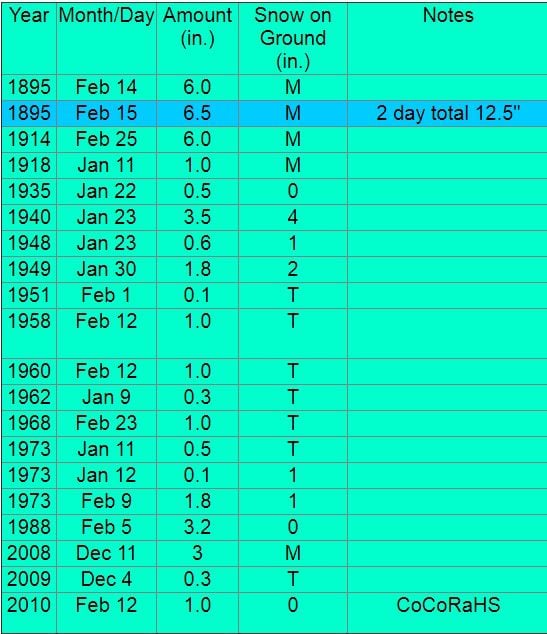 The most snow ever recorded in Baton Rouge was 12.5 inches in February 1895, according to state Climatologist Barry Keim.

New Orleans last received measurable snowfall almost 10 years ago on Dec. 11, 2008. In 2004 the city received half an inch on Christmas Day.

The forecast calls for snow to continue to fall until mid-morning. Little to no accumulation on roads is expected, the National Weather Service said early Friday morning.

Winter weather is in store for the Baton Rouge area on Friday.

According to NWS records, here are measurable snow events on record for Baton Rouge...

Up to 3 inches of snow was expected in the Corpus Christi area by Friday morning. Weather Service meteorologist Kevin Wagner said the most recent comparable snowfall in Corpus Christi was 4.4 inches on Christmas Eve and Christmas Day, 2004.

Snow in Baton Rouge: Garbage, recycling to be suspended Friday, Saturday due to storm