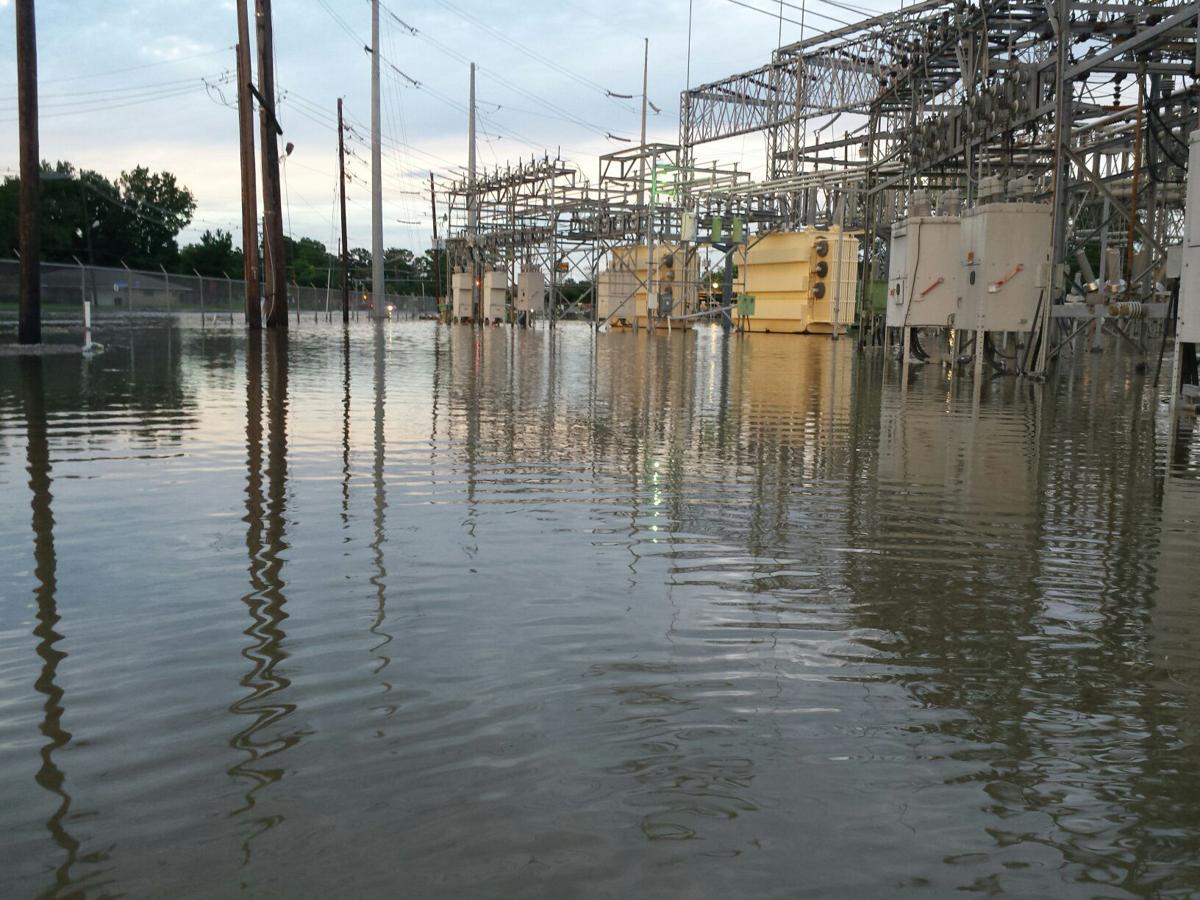 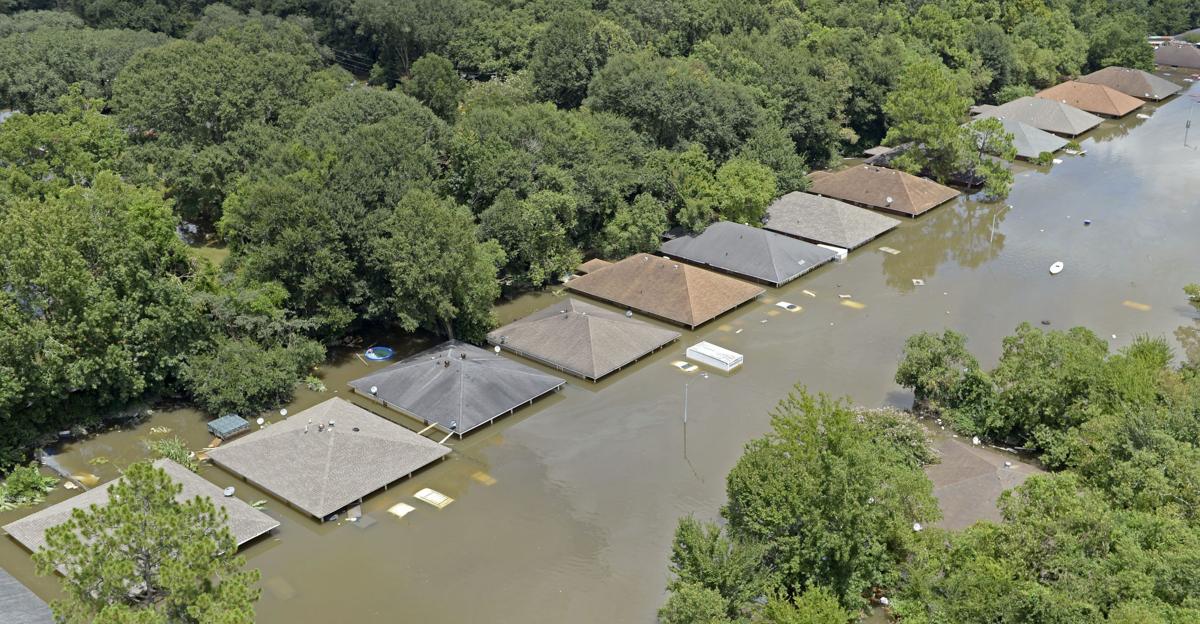 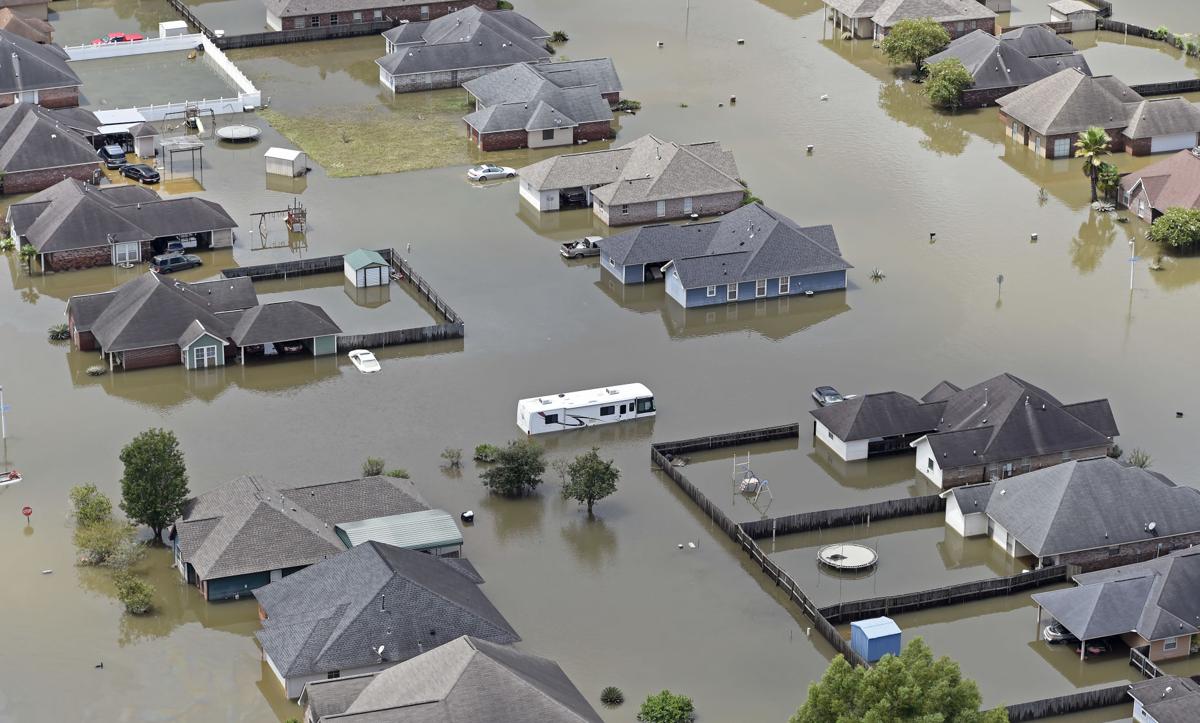 Severe flooding in south Louisiana was mostly caused by rising water from heavy rains and swollen tributaries, which requires flood insurance. In some cases, owners whose homes flooded from drain and sewer backups inside their house could be covered by special riders on their homeowner's policy, but not fully protected from heavy damage.

Severe flooding in south Louisiana was mostly caused by rising water from heavy rains and swollen tributaries, which requires flood insurance. In some cases, owners whose homes flooded from drain and sewer backups inside their house could be covered by special riders on their homeowner's policy, but not fully protected from heavy damage.

A lot of homes and businesses that lost power during the storm will have their electricity restored by Tuesday morning, say officials with the utility companies servicing those customers.

But most of the 37,000 customers without power in south Louisiana will have to wait for the flood waters to go down before lights can come back on again. And a significant number of those – the ones with a couple of feet of water in their homes and businesses – will have to hire electricians before the utilities will restore power.

“Our crews continue working to restore power as safely and quickly as possible,” said Phillip May, president and CEO of Entergy Louisiana, which sells electricity to about half the state.

Starting Thursday night, torrential rains fell in south Louisiana – up to two feet in some areas – causing rivers and their tributaries to overflow. The Amite River at Denham Springs, for instance, crested Saturday night at more than 12 feet above flood stage, sending water into East Baton Rouge and Livingston parish neighborhoods and causing the power to fail.

Entergy gave the Red Cross a $100,000 check to assist flood victims, many of whom have gone to public shelters because their homes have water and lack electricity.

The numbers of outages have been falling.

About 26,000 Entergy customers were without power Sunday night, falling to 19,549 by mid-morning Monday. The bulk of the outages – about 8,000 – were customers in East Baton Rouge Parish. Another 6,300 were homes and businesses in Livingston Parish.

By Monday afternoon, the total number of Entergy outages was down to about 14,000.

Customers who are not under water should have their power restored by Monday night, said Kacee Kirschvink, Entergy Louisiana’s spokeswoman.

“But way more than half cannot be restored until the water recedes,” she added. That’s about 12,500 Entergy customers and they should prepare for being without power for an extended period.

Cleco has about 100 customers out of power on the north shore of Lake Pontchartrain and in Acadiana. Those customers should back in business by Tuesday at the latest, according to a company statement. But another 83 in Acadiana – around Eunice, Crowley and Washington – are out because of high water. Their power will be out for a while.

“Anytime there is the potential for water and electricity to mix, there is danger,” said Marty Smith, Cleco’s general manager of safety. “We ask our customers to err on the side of caution if their homes and businesses have flooded.”

DEMCO services some of the hardest hit areas in East Baton Rouge, Ascension and Livingston parishes.

DEMCO had 22,351 meters out Monday afternoon. The bulk of those outages – 13,515 meters – were in the eastern part of East Baton Rouge Parish near the Amite River, Latona said.

“There are some we can get to, where we can restore power quickly, but not many,” Latona said. “We’re waiting for the water to go down.”

The good news is that the water is receding faster than anticipated. The Amite River at Denham Springs fell six feet since Saturday night. It should drop below the flood stage by Wednesday morning, the National Weather Service predicts. Latona said repair crews can start to work later this week, in some areas, even before water drops below the official flood stage.

For homes and businesses that had more than a couple feet of water inside, turning the power back on will take considerably longer. Those customers will have to hire an electrician – a utility’s responsibilities end at the door – to inspect and repair damage to the building’s electrical system, said Commissioner Eric Skrmetta, one of the five elected utility regulators on the Public Service Commission.

Some jurisdictions also require their building inspectors to sign off on the repairs before utility companies are given the green light to turn on the power. Skrmetta said the PSC is working to try to get local governments to waive the permitting fees, but for safety reasons an electrician still will have to double-check the system.

The utilities didn’t suffer significant structural damage – losing poles, lines and transformers – as is the case with hurricanes.

“The system itself has not been compromised. Its individual homes that have been flooded and that’s what is causing the high number of outages,” Skrmetta said.

Total of 29,554 homes and businesses without power on Tuesday

Some lights back on, but many in Louisiana could have a long wait before power returns

As flood waters move downstream, utility companies are hitting the streets to see where power can be restored and where electricity will have …